After more then a year in development, My Father has produced a Davidoff New York Exclusive cigar, a new belicoso made exclusively for the company’s New York Stores.

According to Davidoff GM Michael Herklots:

This was a special project between Davidoff GM Michael Herklots, Jaime and Janny Garcia of My Father Cigar Factory, and Rich Rodenhaus and John Gonzalez of My Father Cigars.  These beautiful Nicaraguan Puros were blended to be slightly outside the classic “Pepin” experience.  Modeled after the Bolivar Belicoso Fino, at 5.5″ x 52 and packaged in traditional cabinets of 50 cigars, these Campanas smoke with a tremendous creaminess while still maintaining their rich Nicaraguan character and body.

The My Father Davidoff Belicoso will be manufactured regularly, but in limited quantities. It costs only $7 per cigar, which is a stunning price given its a limited edition cigar sold in a Davidoff store in New York, and comes unbanded in cabinets of 50 for $350. 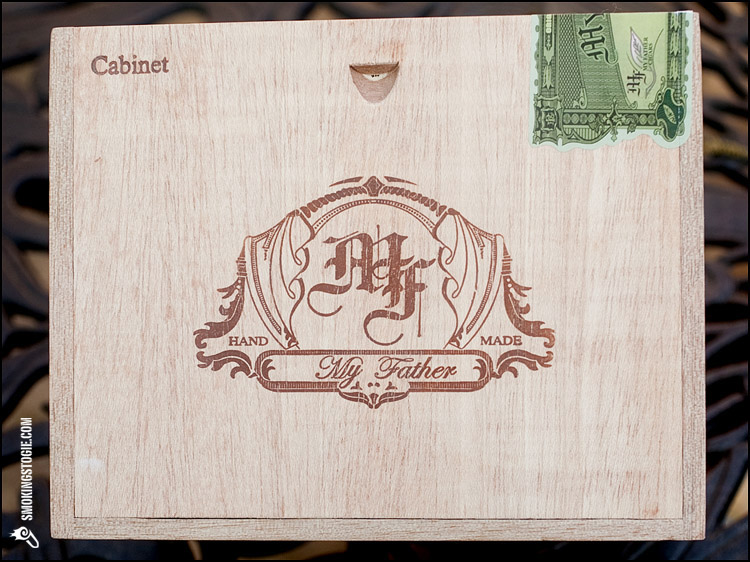 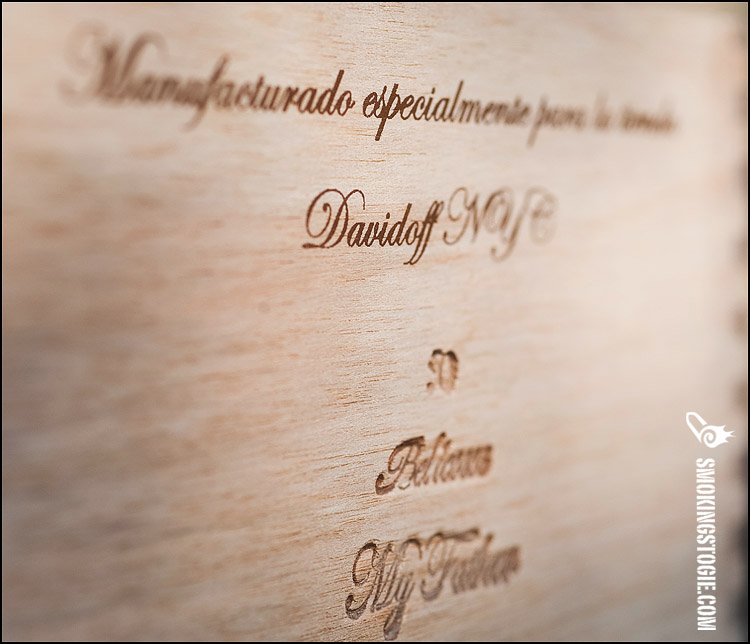 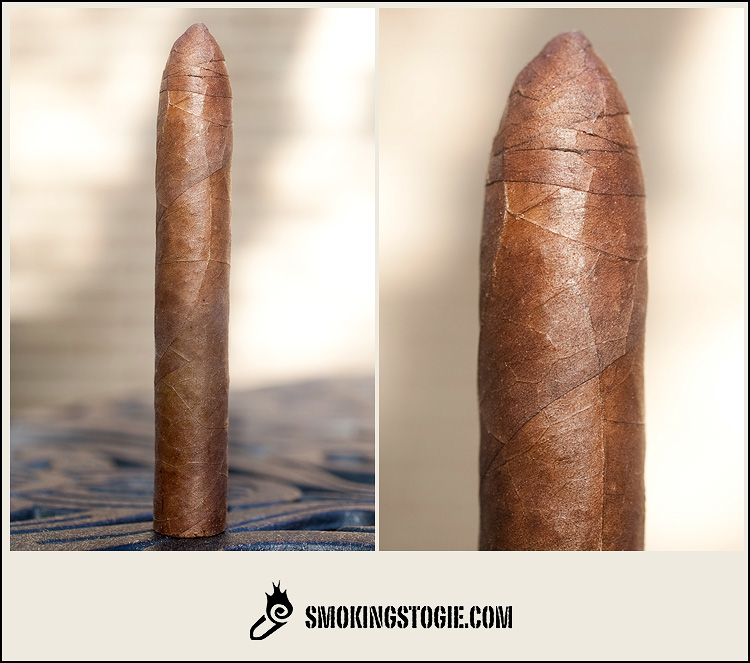 The cigar seems nicely constructed, albeit a bit rough looking. The wrapper is a nice medium brown, with a bit of oil present. It is firm when squeezed, and the wrapper smells like a combination of barnyard, hay, coffee and cedar. nThe cap is a bit rough looking, but it cuts cleanly.

The first third starts out with an impressive, but not surprising, considering it is a Pepín creation, amount of black pepper along with flavors of leather, coffee, hay and wood. It is a typical Pepín profile, perhaps a bit stronger then a normal My Father cigar, and very easy to smoke. 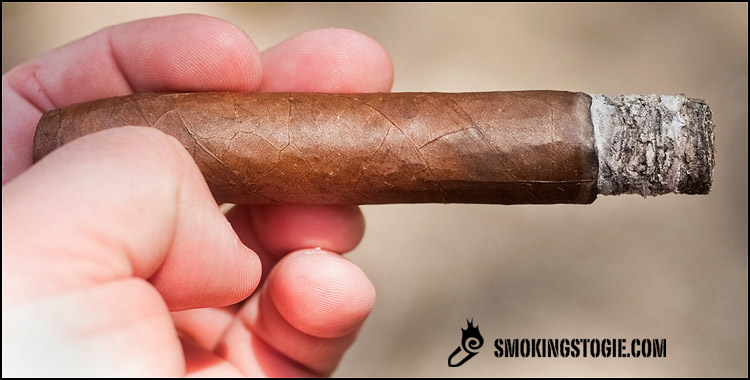 The second third shifts a bit, with the pepper falling off to almost nothing, and the flavors mellow out quite a bit. The profile is the same for the most part, although there is a bit more sweetness and creaminess than in the first third 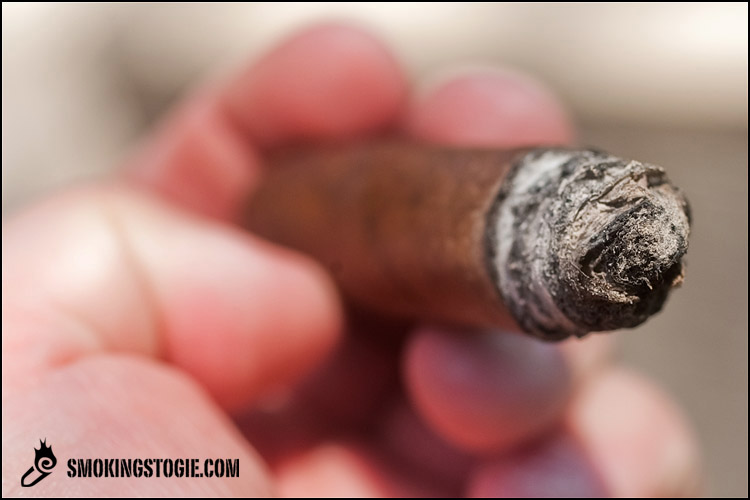 The final third continues the mellowing and sweetness trends, but adds flavors of nuts and creamy coffee. There’s no pepper at all at this point, and no spice either: a nice ending, but not as complex profile-wise as the first third. 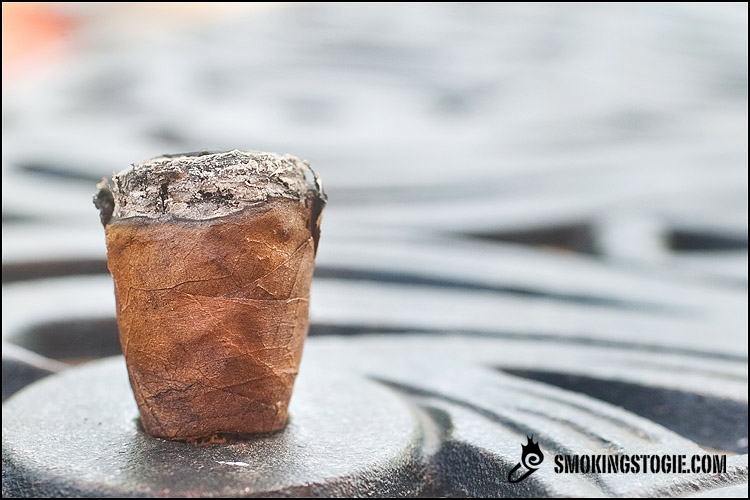 This cigar is exactly what you would think a collaboration between My Father and Davidoff would taste like, despite the fact that it was only produced by My Father with Nicaraguan tobacco. However, instead of combining the flavors and profiles that each manufacturer is known for into one overall profile all at the same time, it almost seems as if each of them gets their own third of the cigar with a transition of the two in the middle third. It's spicy, earthy and leathery up front, morphing into a more creamy and sweet profile by the end. Even though the flavors are not as distinct as I would like, it is an overall solid cigar experience, and the price is a real surprise when you take into account where it is sold. While I won't be buying a full cabinet, although at those prices, I was tempted, I will be buying a few five-packs to age.