My Father Cigars is celebrating what would have been the 100th birthday of José Garcia Alayón, the father of José “Pepín” Garcia, with a pair of limited editions for its Le Bijou 1922 line. 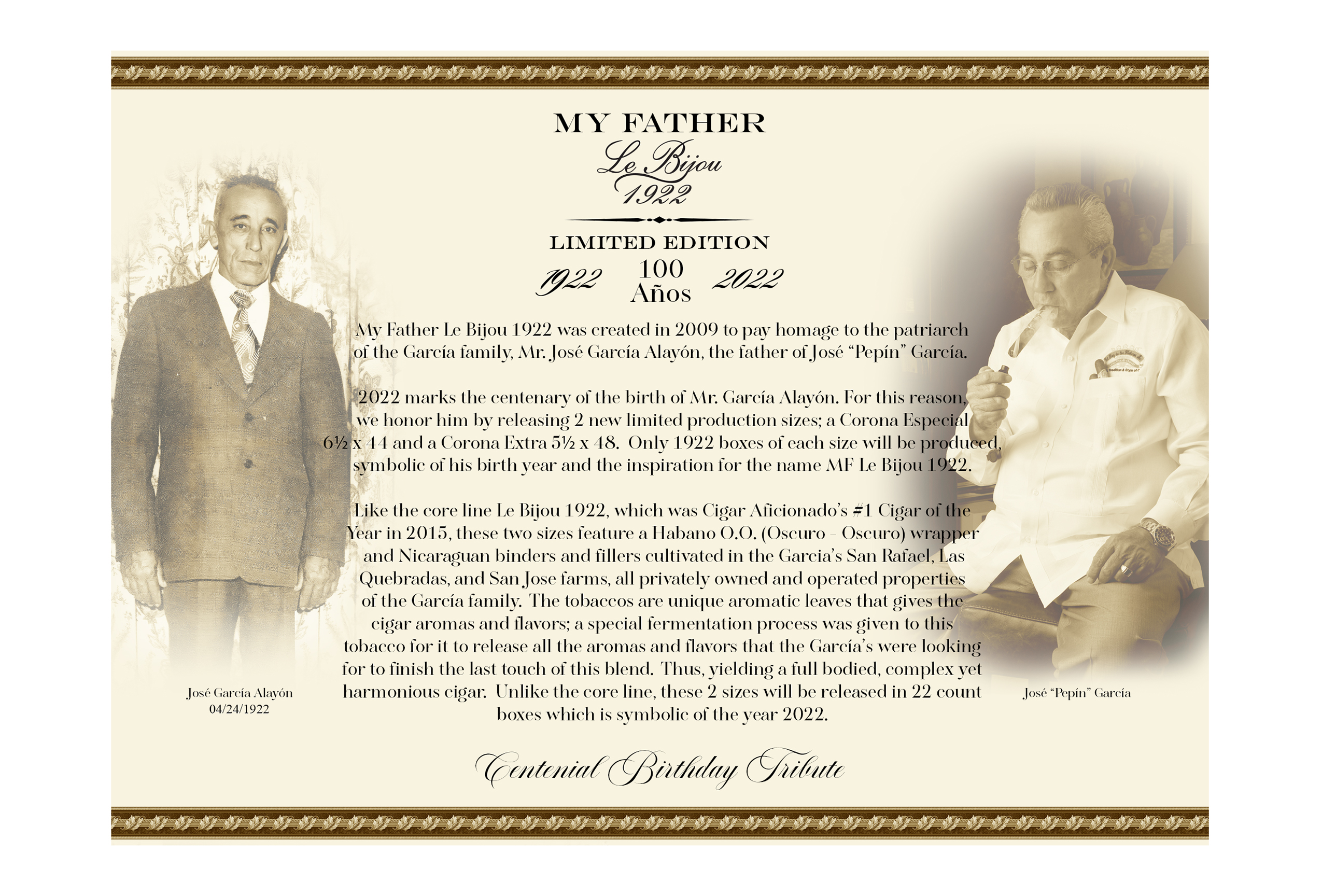 Called the My Father Le Bijou 1922 100 Años Limited Edition, the cigars are said to use a slightly modified blend from that of the rest of the Le Bijou 1922 line. They remain Nicaraguan puros, and use a very dark habano wrapper that the company refers to as “oscuro oscuro” or “Habano My Father.” All of the tobaccos used in the blend come from the García family’s San Rafael, Las Quebradas and San José farms, and are described as being unique for their aromatics. The company said that they undergo a special fermentation process to release all of the aromas and flavors that the Garcia family were looking for out of this blend.

They are being offered in two sizes, a 5 1/2 x 48 Corona Extra that gets a soft box press and a 6 1/2 x 44 Corona Especial that is round. Both get pigtail caps are being offered in 22-count boxes, with production limited to 1,922 boxes of each size, a nod to the year of José Garcia Alayón’s birth. The cigars are made at the company’s factory in Estelí, Nicaragua, and will arrive wearing an orange ribbon around the foot that says 100 Años.

Pricing has yet to be announced, as has a date that they will be on store shelves, but the company said it is hoping to have them on display and available for retailers to order during the upcoming PCA Convention & Trade Show, which takes place in July.

Update (June 5, 2022) — Images have been added to the story after the company confirmed details of the initial report by Cigar Aficionado.