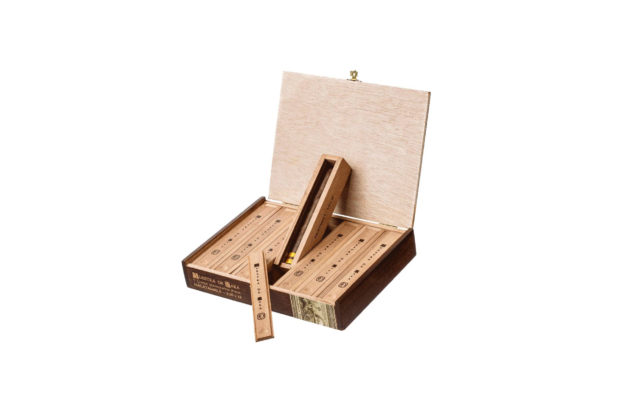 The release is called Muestra de Saka, which literally translates to Saka’s sample. The Nicaraguan puro will first be offered in a 6 x 52 Parejo size, limited in production, and priced at $14.95 per cigar in boxes of seven.

“The Exclusivo is a special liga I created to be the ultimate expression of my love for all Nicaraguan trips,” said Steve Saka, Dunbarton Tobacco & Trust’s founder, in a press release. “It is a complex smoke featuring filler tobaccos from all four primary growing regions: Jalapa, Condega, Ometepe and Esteli – by extremely careful positioning of the leaf it takes the smoker from a silky smooth beginning of sweet cedar and cinnamon building to a much fuller, pepper laced conclusion. It is a very intricate blend that rewards the smoker with endless complexity and progression.”

Muestra de Saka will begin shipping the third week of March, a week after Dunbarton’s most affordable release to date, Umbagog, debuts nationally. A partial list of retailers carrying the cigar can be found here.