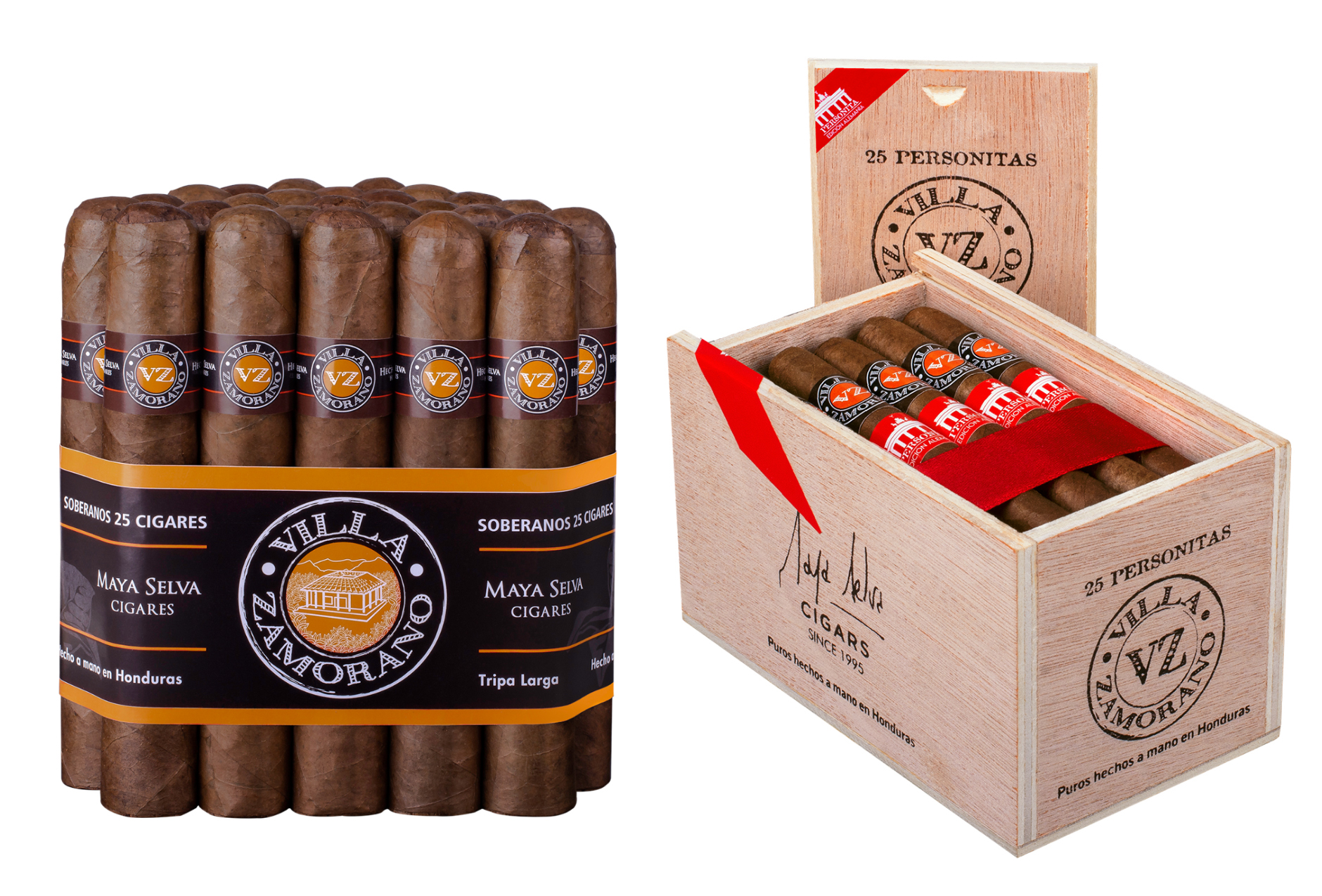 Maya Selva Cigars’ Villa Zamorano and Vailla Zamorano Reserrva brands will each be adding a new size at this month’s InterTabac trade show.

The value priced Villa Zamorano line will get the 6 x 60 Soberano, which uses a Sumatra wrapper over a Honduran binder and fillers from Honduras and Nicaragua. It comes in 25-count bundles.

The Villa Zamorano Reserva will add a 4 1/2 x 30 vitola called the Personita, a smaller format cigar aimed at smokers looking for something to enjoy on a short break from work or when time is limited. It is a Honduran puro with a wrapper grown in the Jamastrán region of the country. It comes in 25-count boxes.

Both will begin shipping in September, though pricing has not yet been announced. The company told halfwheel that both cigars will be available in the U.S. as well as in international markets.