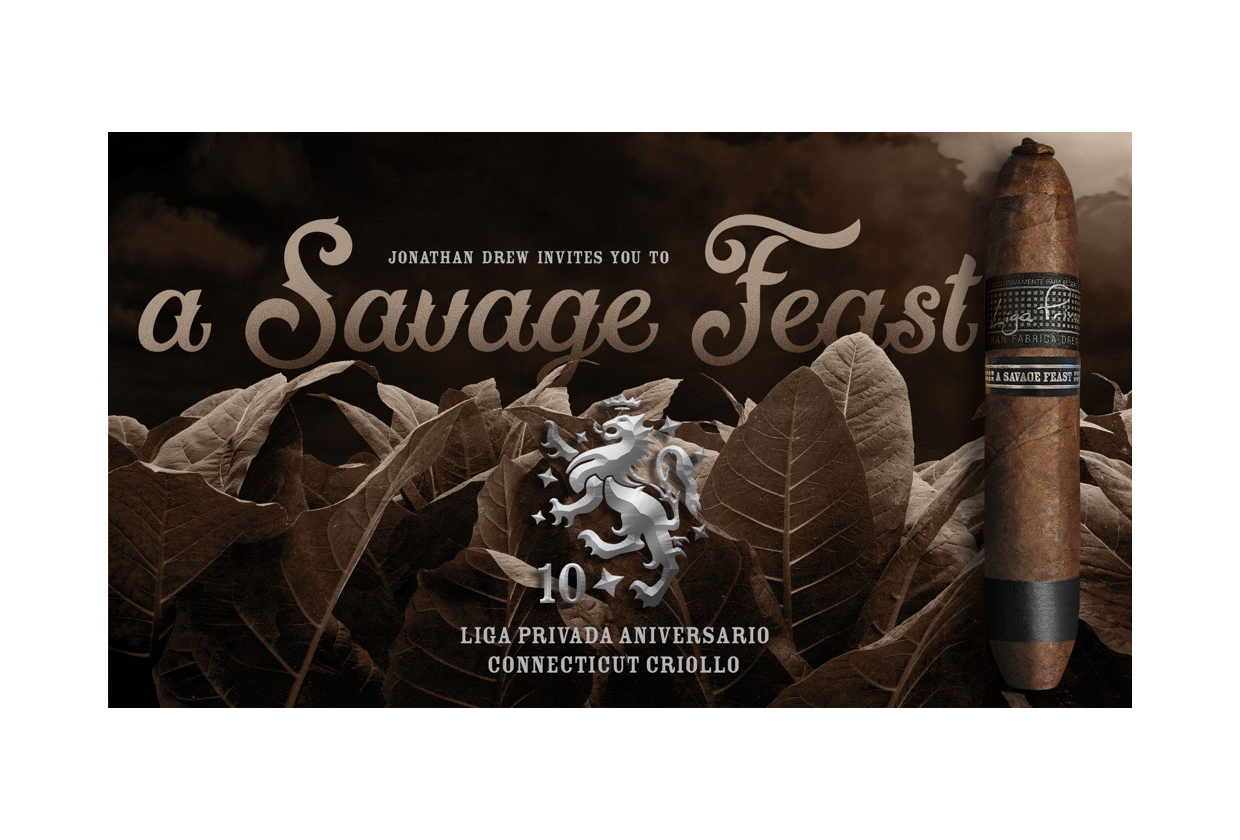 During the February 24 edition of Drew Estate’s “Sticks & Sips” show on Facebook, the company announced the upcoming release of the Liga Privada 10 Year Aniversario A Savage Feast, a new event-only cigar that is scheduled to debut in May.

The cigar uses the company’s Feral Flying Pig vitola, a 5 3/8 x 60 perfecto, and will only be available as a sales incentive at Drew Estate events that Jonathan Drew attends. The cigar comes packaged in a two-count coffin alongside a Liga Privada 10 Year Aniversario flying pig cigar rest.

The blend remains the same as the Liga Privada 10 Year Aniversario, which uses a hybrid Connecticut-grown criollo wrapper, a Mexican San Andrés Otapan Negro Último Corte binder, and fillers from Nicaragua and Pennsylvania, the latter a Green River One Sucker ligero.

It will replace the Liga Privada Único Serie “A”, another event-only release that the company is retiring, though will remain available via events for the next month or two, according to Jonathan Drew.

Correction: A previous version of this article identified the filler as being a mix of Nicaraguan and Honduran tobacco. We regret the error.