It’s part of a release strategy that will see the company ship monthly allotments, each with retailers selected by a random allotment. 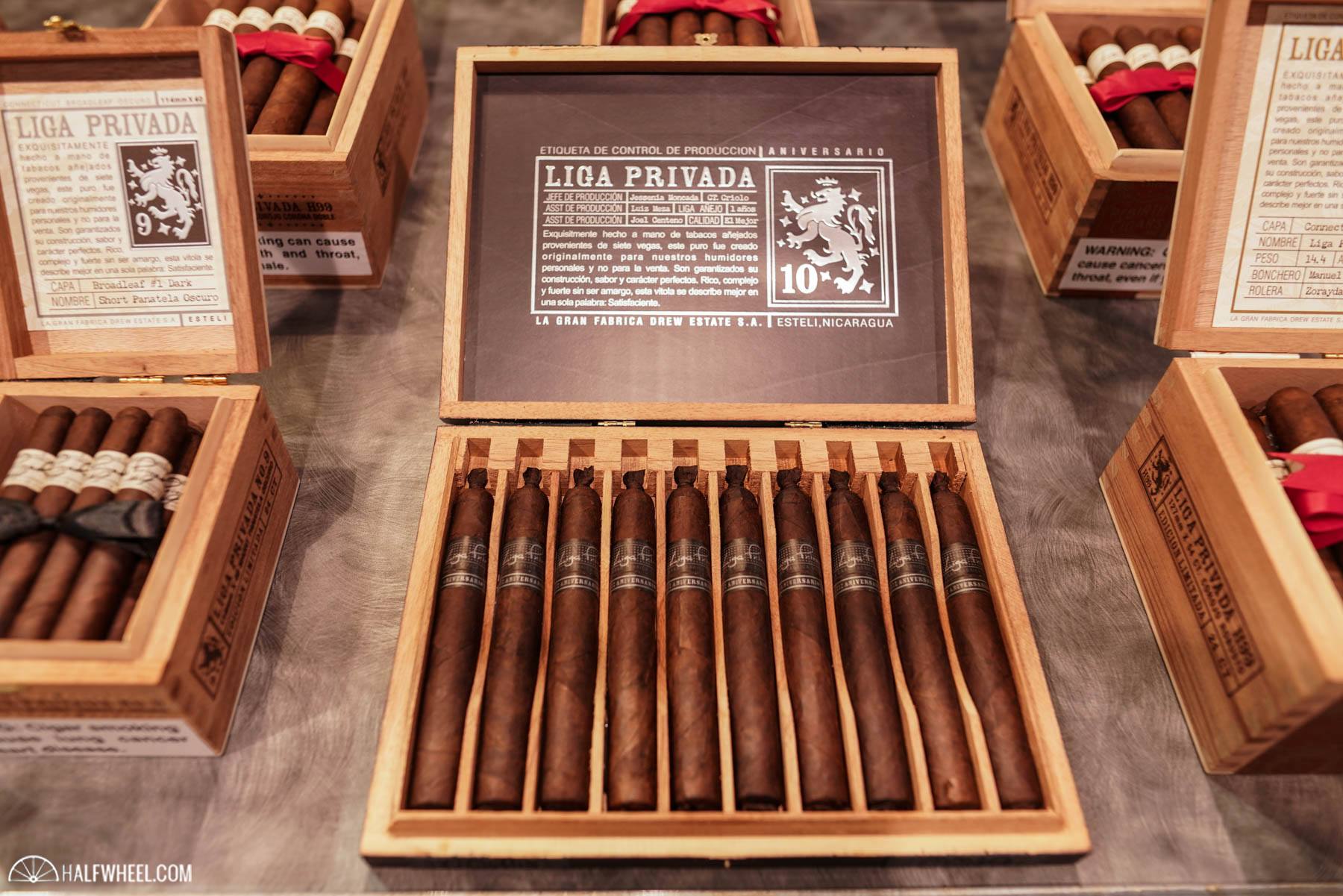 Ten were selected to receive the new Liga Privada 10 Aniversario. The cigar, offered in a single 6 x 52 vitola with a cola de pescado head and closed foot, uses a unique criollo-seed wrapper grown in the Connecticut River Valley. Underneath is a Mexican San Andrés negro binder and fillers from Nicaragua and Pennsylvania.

Each retailer will receive four boxes of the cigar with pricing set at $17.90 per cigar. Drew Estate says they will make 1,000 boxes of Liga Privada 10 Aniversario, so it seems likely allotments will grow in size or it will take the company over two years to distribute the cigars at the current pace. Just five were selected to receive the new Liga Privada H99, which is also offered in a single 6 x 52 vitola, though without the special cap and closed foot. The H99 Connecticut uses a corojo-seed leaf grown in the Connecticut River Valley. Underneath that is a Mexican San Andrés negro binder over a blend of Honduran and Nicaraguan fillers.

Drew Estate says that retailers who are selected for the raffle will not be able to immediately reorder. Instead, they will have the opportunity to be put back into the raffle and are eligible to be selected the following month.

The December allotment will ship next week.