When Michael Argenti, the former Perdomo executive and co-owner of Berger & Argenti, announced his return to the cigar industry, the news centered largely about La Gran Llave, a new cigar he was making out of Abdel Fernandez’s Tabacalera AJ Fernandez Cigars de Nicaragua S.A. But there was another cigar, LGL Limited, a new bundle cigar being produced out of another Nicaraguan factory. The cigar comes in bundles that feature a small piece of wood on the top and bottom with small holes cut out for the cigars, the first I’ve seen of that, although I’m probably not the most studied expert on bundled cigars. I like the look of the LGL Limited, it’s a modern approach to the packaging, something that stands in stark contrast with how I would describe the La Gran Llave. As for the cigar itself, it features a fairly vibrant Connecticut wrapper with a nice tanned yellow color and seems to be fairly well rolled, though one of the cigars was a bit smushed by the bundles. Aroma off the wrapper is dominated by leather with sweet cocoa, a fresh bark, some citrus and pine. The foot reminds me a lot of an aging room for cigars with a lot of woods, sharp tobaccos along with some sawdust and orange peels. The cold draw returns back to the chocolate roots along with dry peanuts, some mustiness and pasta, i.e., not really a typical Connecticut cigar.

Lighting up the LGL Limited reminds me of smoking a cigar fresh in the factory. It’s not because I think the cigars were rolled fresh and then shipped—they’ve spent over a month in our office humidor—but there’s something about the aggressive, younger flavors. There’s a chalky and chewy mixture withs lots of cedar, a big saltiness, nuttiness, orange peel and some unplaced acidity. The profile is medium-full from the get go. I learn quickly that smoking quickly will cause a few off-putting puffs. There’s a tonic water mineral flavor on top of a burnt toast with some saltiness, mild lemon and a meatiness. While the retrohale doesn’t provide a unique flavors, it does give off a cleaner version of the profile itself. What I find particularly odd is this Connecticut cigar has absolutely zero pepper, something that I would argue is normally a defining characteristic of cigars using the wrapper. It’s not to suggest there’s no harshness, because that certainly exists, but the pepper is odd. I find the LGL Limited performs much better if I slow everything down: a slower smoke rate, but also a much more drawn-out process of putting smoke in my mouth and letting it leave. As for the flavor, it becomes a bit cleaner with the bready flavor shedding much of the toastier characteristics from earlier. The retrohale is finally providing some unique flavors: lemon asking along with some Ritz crackers. There’s sourness towards the middle parts of the tongue positioned right next to some candy sweetness. Construction remains pretty good with an open draw and inch-long chins of ash. 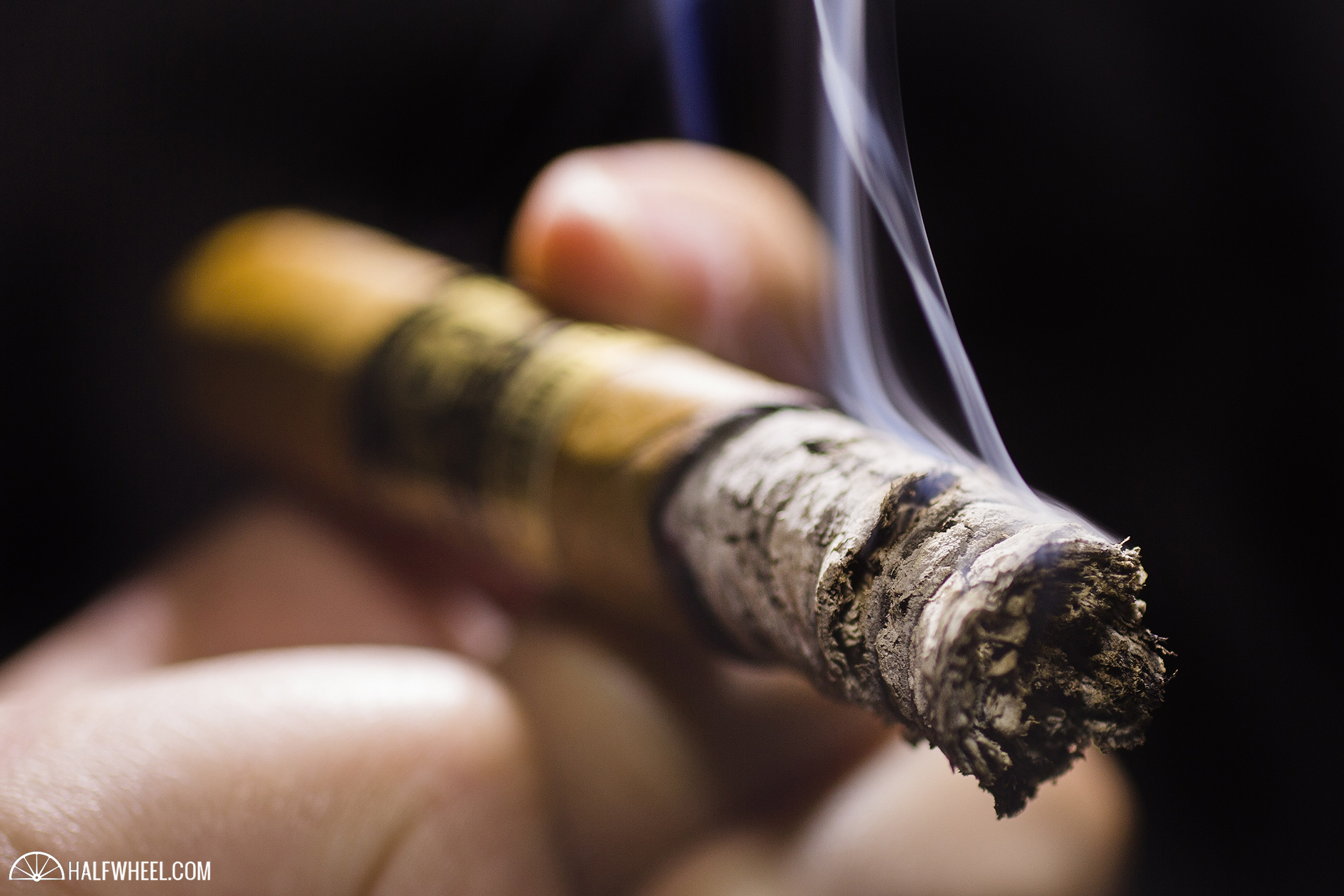 The final third sees a continued dominance of the bready flavor, albeit joined by a lot more raw wheat notes. There’s a sweet cocoa that comes out of nowhere and dominates a dozen or so puffs with around an inch left before the bread flavors return, now joined by pepper for the first time in the entire length of the LGL Limited Corona. Unfortunately, two of the three cigars I smoke struggle to stay lit in the final third, which isn’t great, though neither relight seems to a actually affect the flavor. Strength ends at a medium-plus, a bit down from the medium-full where I would have normally pegged the cigar. While there certainly is an underlying harshness, there’s also quite a bit of nuance. It’s a bit challenging to avoid the: this isn’t a bad cigar for the money narrative. I certainly think that’s one way to describe the LGL Limited, but I’m actually quite curious as to what this tastes like in a few months. I think this has a chance to turn into a solid everyday cigar and perhaps even more. For those looking for a Connecticut cigar that really doesn’t taste very Connecticut-like, I think the LGL Limited is a great option and perhaps an even better one in a few months.