It is not every day—or even every year—that a cigar store blend becomes popular enough to sell to a nationwide audience, but that is exactly what happened with the Leaf by Oscar, a cigar made by Oscar Valladares for Pittsburgh-based “Island” Jim Robinson’s Leaf & Bean Strip cigar shop.

The Leaf by Oscar very quickly became popular enough to be sold in stores around the country. While the original lines consisted of four blends sold in gordo, robusto, and gordo vitolas—with a limited-release lancero added a bit later—there have been other versions produced with various other cigar makers.

It is known for its distinctive packaging. Each cigar is wrapped in a leaf of tobacco instead of something like cellophane or a tube. There is also a band placed on the outside of the cover leaf.

There have not only been more vitolas for the Leaf by Omar line, but also other lines made by different factories. The list includes: Released in October last year, Leaf by Omar refers to Omar González Alemán’s La Corona Factory in Nicaragua, best known for the factory behind Hirochi Robaina’s cigars. The line consists of a single vitola—a 6 x 52 toro—that is made up of an Ecuadorian habano wrapper covering a binder from Pennsylvania and internal filler tobaccos from Nicaragua. Each cigar carries a retail price of $9.95 and it is sold in bundles of 10. While not the most visually attractive of cigars, the Leaf by Omar does feature a rustic medium brown wrapper that is smooth to the touch and an abundance of oil. There are also a number of extremely prominent veins running up and down its length and the cigar is extremely spongy when squeezed. The aroma from the wrapper is a combination of peanut shells, manure, leather, earth, cocoa nibs and very slight vanilla sweetness, while the cold draw brings flavors of strong oak, creamy leather, espresso beans, hay, bitter chocolate and a touch of cinnamon.

The Leaf by Omar starts out both creamy and sweet, with a combination of dominant flavors that include dominant creamy leather and sweet cherry. Both of those notes are followed up closely by flavors of roasted peanuts, earth, hay, milk chocolate, corn, roasted peanuts and sawdust along with some very noticeable spice on my tongue and cinnamon on the retrohale. While the draw is excellent after a straight cut, the burn needs correcting almost out of the gate—albeit just once—and the smoke production coming from the foot is well above average. Strength-wise, the Leaf by Omar starts and ends the first third firmly in the same general area, namely about halfway between mild and medium. If there is one major change in the profile of the Leaf by Omar during the second third, it would be the cherry sweetness on the palate, which ramps up considerably. This in turn bumps up the complexity of the overall profile, which is still dominated by the same creamy leather note from the first third interspersed with additional flavors of roasted peanuts, toast, bitter dark chocolate, hay, oak and a slight floral sensation. While there is still some very obvious cinnamon present on the retrohale, but I am also to noticing some spice on my lips ebbs and flows, although it is never all that strong. Construction-wise, the burn has given me no issues since the one touchup early in the first third and draw continues to impress, while the smoke has actually increased in both density and production. In terms of strength, the Leaf by Omar actually increases quite a bit right near the end of the second third, hitting a point very close to the medium mark and still slowly rising. 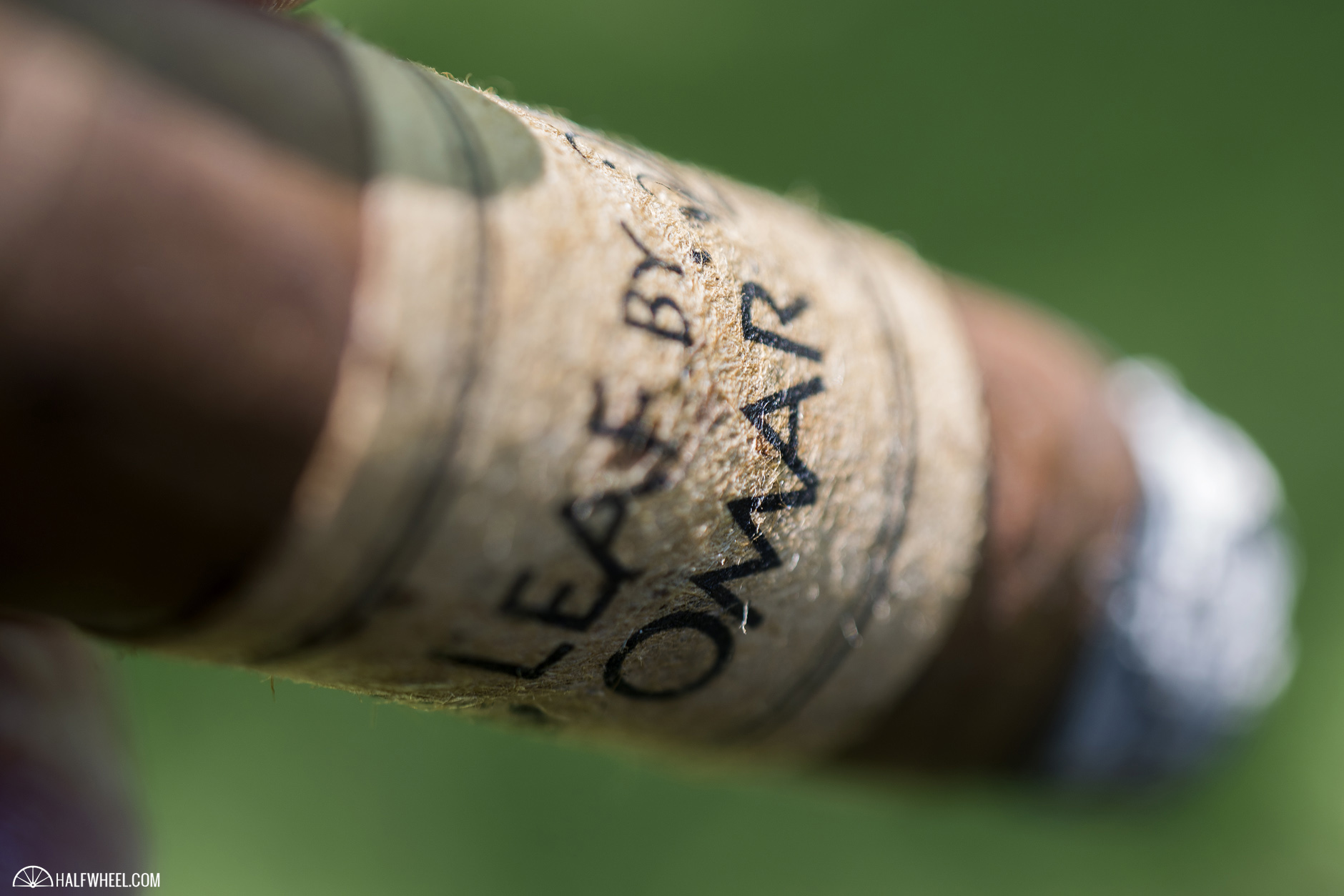 Unfortunately, the cherry sweetness that was so prevalent during the first two thirds of the Leaf by Omar wanes a bit during the final third, although it is still easily strong enough to continue to combine nicely with the now-familiar creamy leather note that is still dominant in the profile. Secondary flavors of aged oak, espresso beans, cocoa nibs, roasted peanuts, dried tea leaves and hay are also present, and while the cinnamon on the retrohale is still very noticeable, it is not nearly as strong as it was during the second third. The overall construction seems to be firing on all cylinders as the cigar comes to an end and the smoke production continues to pour from the foot in dense waves, while the overall strength does finally hit a point just north of the medium mark just before I put the nub down with less than an inch left. I have been very impressed with all of the Leaf by releases I have smoked, and while the Leaf by Omar is not at the top of the range, it is a very well-blended addition to the line. The profile is full of roasted peanuts and creamy leather with a slight, but distinct cherry sweetness and intermittent cinnamon on the retrohale. However, the construction is easily one of the best attributes of the cigar, as I only had to touch up two of the samples once each—both in the first third—and the draw was excellent on all three after a simple straight cut. Although there are better cigars in the Leaf by Series, the Leaf by Oscar makes for a very enjoyable time.