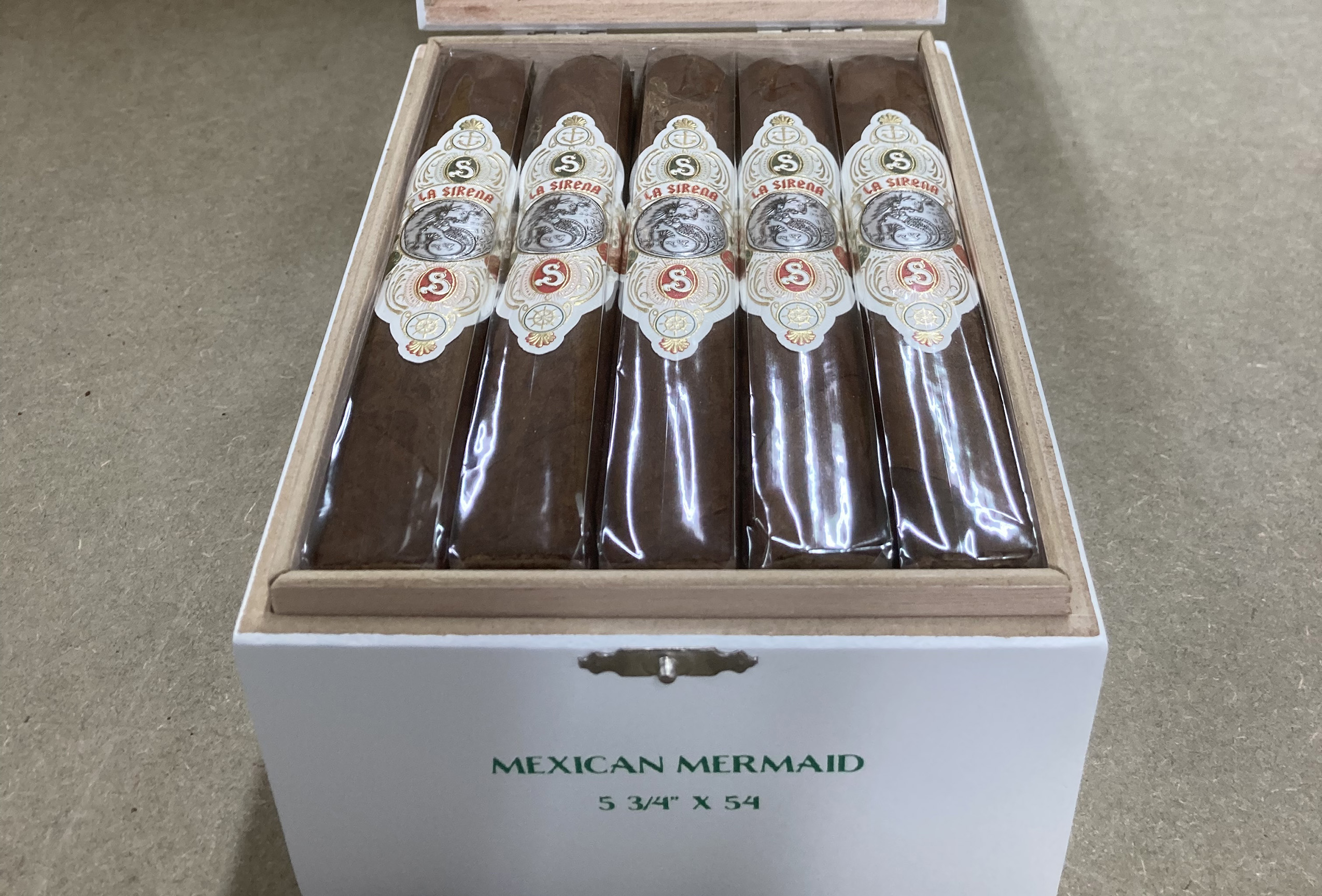 The latest cigar from La Sirena, the Mexican Mermaid, is on its way to stores.

As the name suggests, Mexican tobacco is featured prominently in the blend, with a Mexican San Andrés wrapper and binder, along with Mexican tobacco in the filler along with Dominican leaves. It is a blend that is based on the La Sirena Aniversario Especial, which was released in 2019 as part of the company’s 10th anniversary. 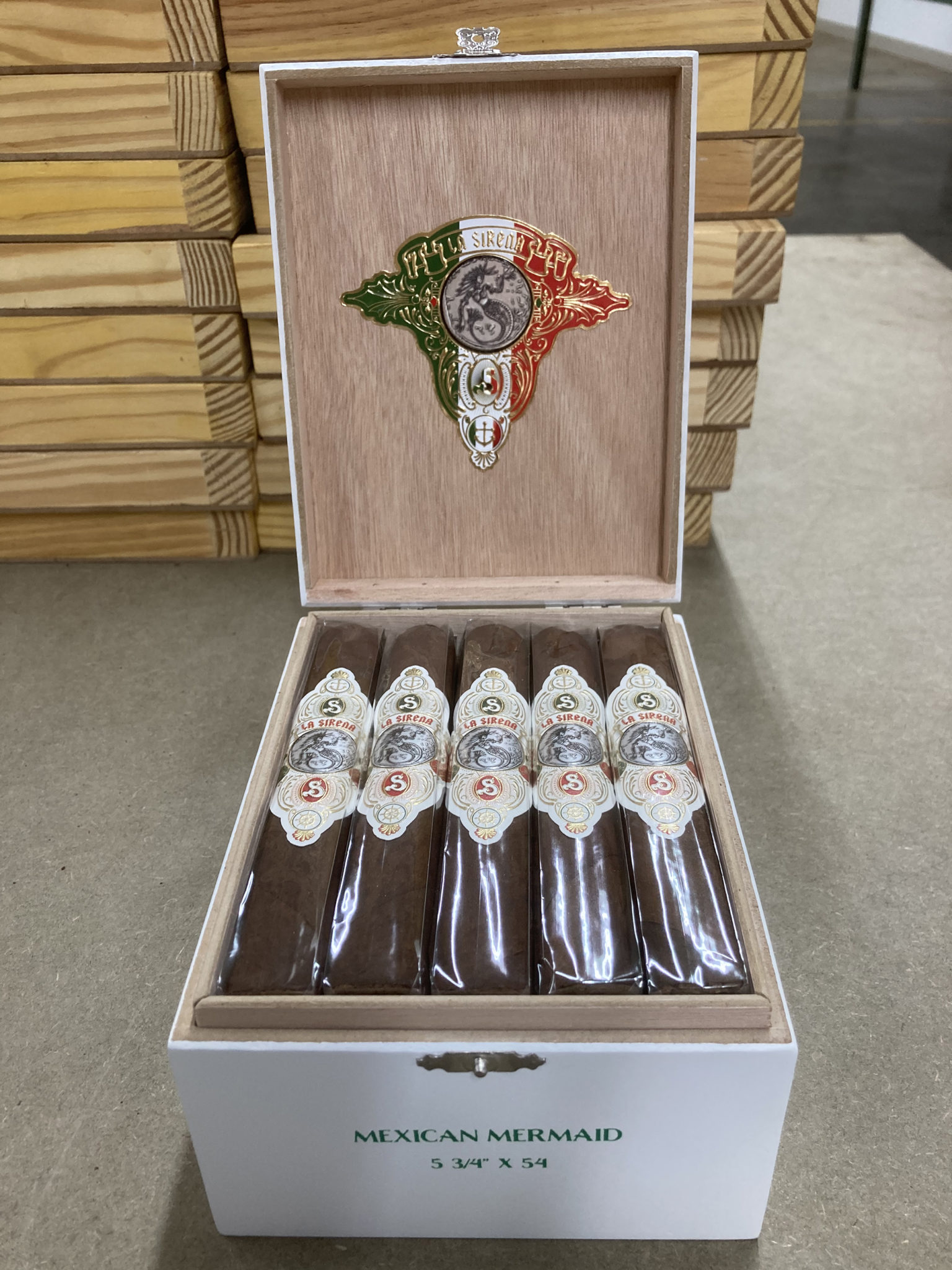 The La Sirena Mexican Mermaid is produced at Tabacalera La Isla, the factory opened by Hostos Fernandez Quesada at the end of 2020. While it is the first La Sirena release to come from the factory, it is not the first time the two sides have worked together, as Fernandez worked with La Sirena on the Oceano by La Sirena, which was released in 2014 and produced at the Quesada Factory.

The line is debuting in a 5 3/4 x 54 soft-pressed robusto vitola that comes in 20-count boxes, a size it shares with the La Sirena Aniversario Especial. It has an MSRP of $15 per cigar and $300 per box of 20 cigars.

Danny Ditkowich told halfwheel that he has also finalized two new sizes for the line, a 6 1/2 x 42 lancero and a 5 x 50 robusto. Both are slated to leave the factory in early November, in time to have them on store shelves ahead of the Thanksgiving holiday. The lancero will be priced at $15 each and $300 per box, while the robusto has an MSRP of $14 and $280 per box of 20 cigars. A limited batch of 750 robustos will get an early release however, as Ditkowich is sending them to the Texas Cigar & Spirits Tasting in Fort Worth, Texas on Oct. 9.