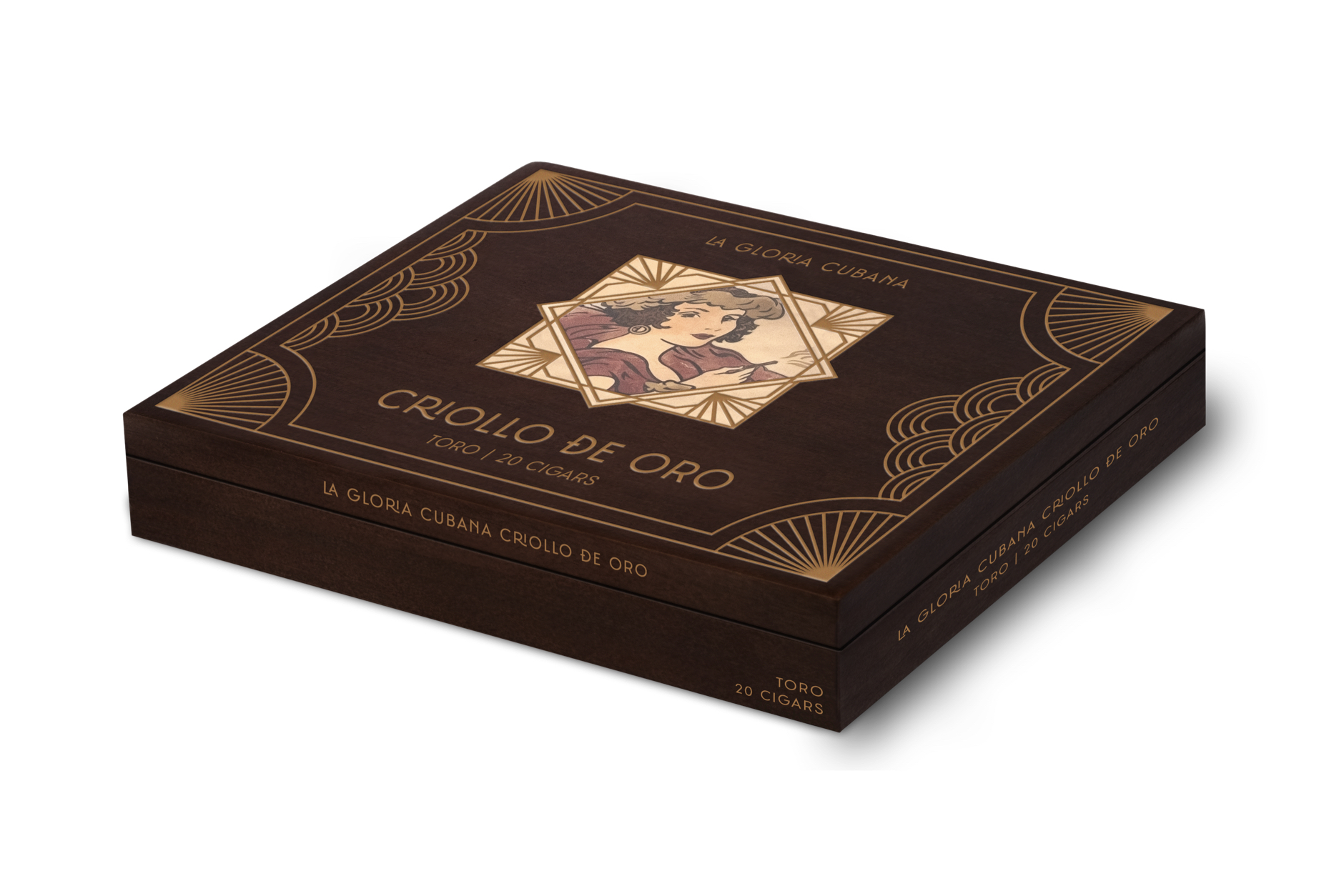 The La Gloria Cubana Criollo de Oro will ship to stores next month. It’s a two-vitola, limited edition line that uses a sun grown criollo de oro wrapper grown in Mao, Dominican Republic. Underneath that is a Connecticut broadleaf binder and fillers from Honduras and Nicaragua.

Criollo is one of the more common Cuban-seed tobaccos that is now grown in countries around the world and used in a large number of cigars. Pelo de oro is another type of tobacco seed that originates in Cuba but is not widely used. Because of its propensity to develop mold, pelo de oro is no longer grown in Cuba but has been grown in other countries.

It will be offered in two sizes, limited to 3,100 boxes total:

“We created Criollo de Oro in the La Gloria Cubana in the tradition of blending proprietary and traditional tobaccos to deliver exciting smoking experiences,” said Steve Abbot, senior brand manager for La Gloria Cubana, in a press release. “Our artisans have delivered a cigar with a distinctive taste profile, crafted according to the brand’s meticulous standards. We’re confident that Criollo de Oro will appeal to a wide range of discerning premium cigar enthusiasts.”

It will be made at General Cigar Dominicana in Santiago, Dominican Republic.