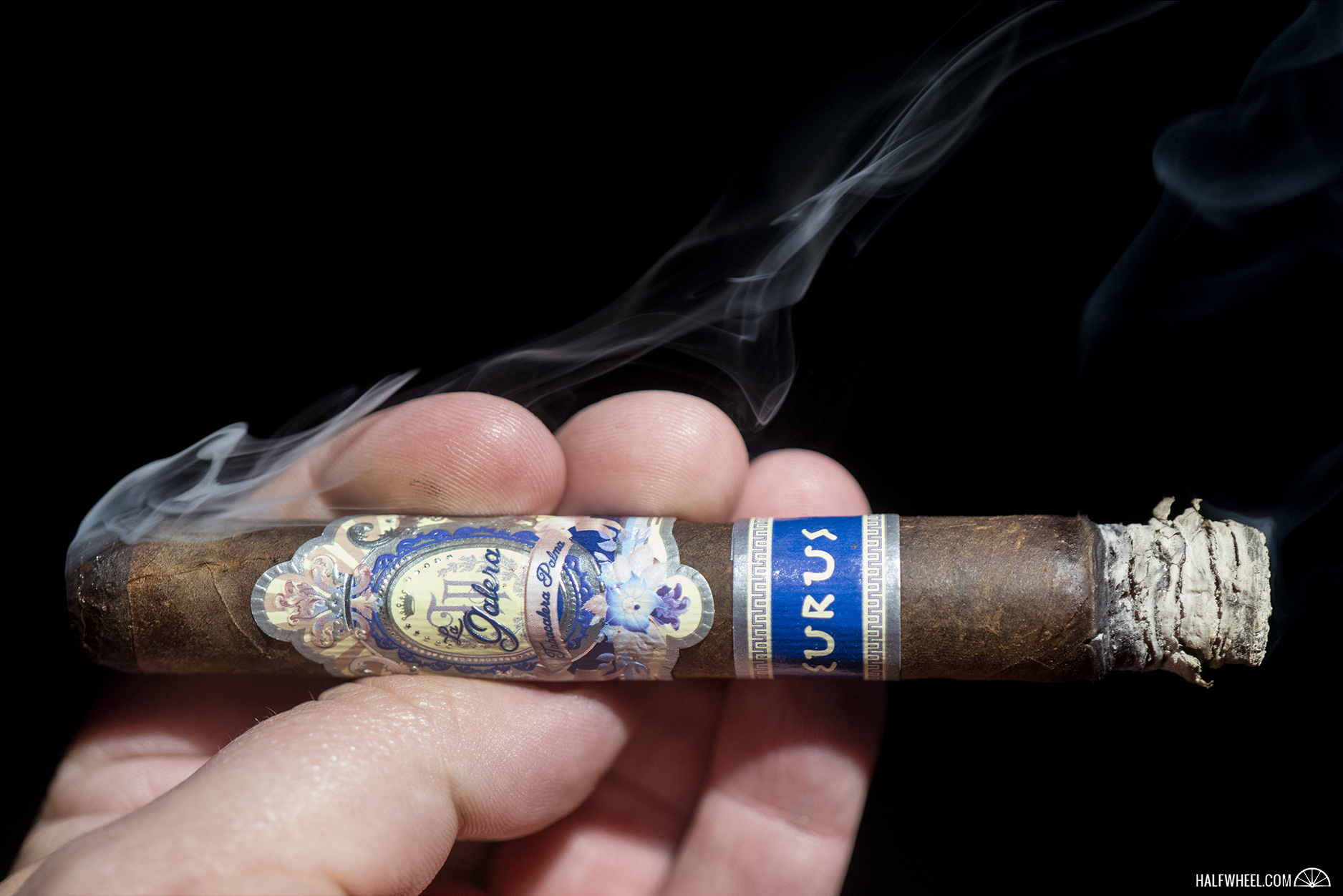 While the most well-known brand with a moniker inspired by the mythology could be Prometheus, La Galera Cigars has also found inspiration from Greek mythology and released a new cigar line that pays homage to the wind.

The line is named Anemoi—which is the collective name the Greeks gave to their various gods of wind and is pronounced An-nem-oy. It uses a Connecticut broadleaf wrapper covering a Dominican Jacagua corojo binder as well as criollo 98 and piloto cubano filler tobaccos grown in La Canela, Dominican Republic. Notably, it comes in five sizes, which is where the story begins to expand.

Four of those sizes carry the name of a different Greek god while the fifth cigar in the series is simply named Anemoi:

La Galera explained the idea in a press release:

Despite not being thought of as essential, the winds play a vital role in the growing of tobacco. They instruct us, by way of their direction, of the best spaces in which to grow tobacco. The Greeks, geniuses in their own right, also understood the importance of wind. Each wind’s direction gave the Greeks an idea of whether to expect a good crop or to brace for a bad season.

However, there is a bit more to the story, specifically relating to how the cigars are being distributed. Instead of making all five vitolas available to each retailer, La Galera has split up the sizes and is sending four of the five exclusively to specific regions of the country that are named for their respective winds. For example, the Southwestern U.S.—a region made up of southern California, southern Nevada, Arizona, New Mexico, Oklahoma and Texas—is being sent both Notus and Zephyrus, the two vitolas named for the gods of the southern and western winds.

There are four regions for the release—northwest, midwest, northeast and southeast—which each also having access to the Anemoi vitola. 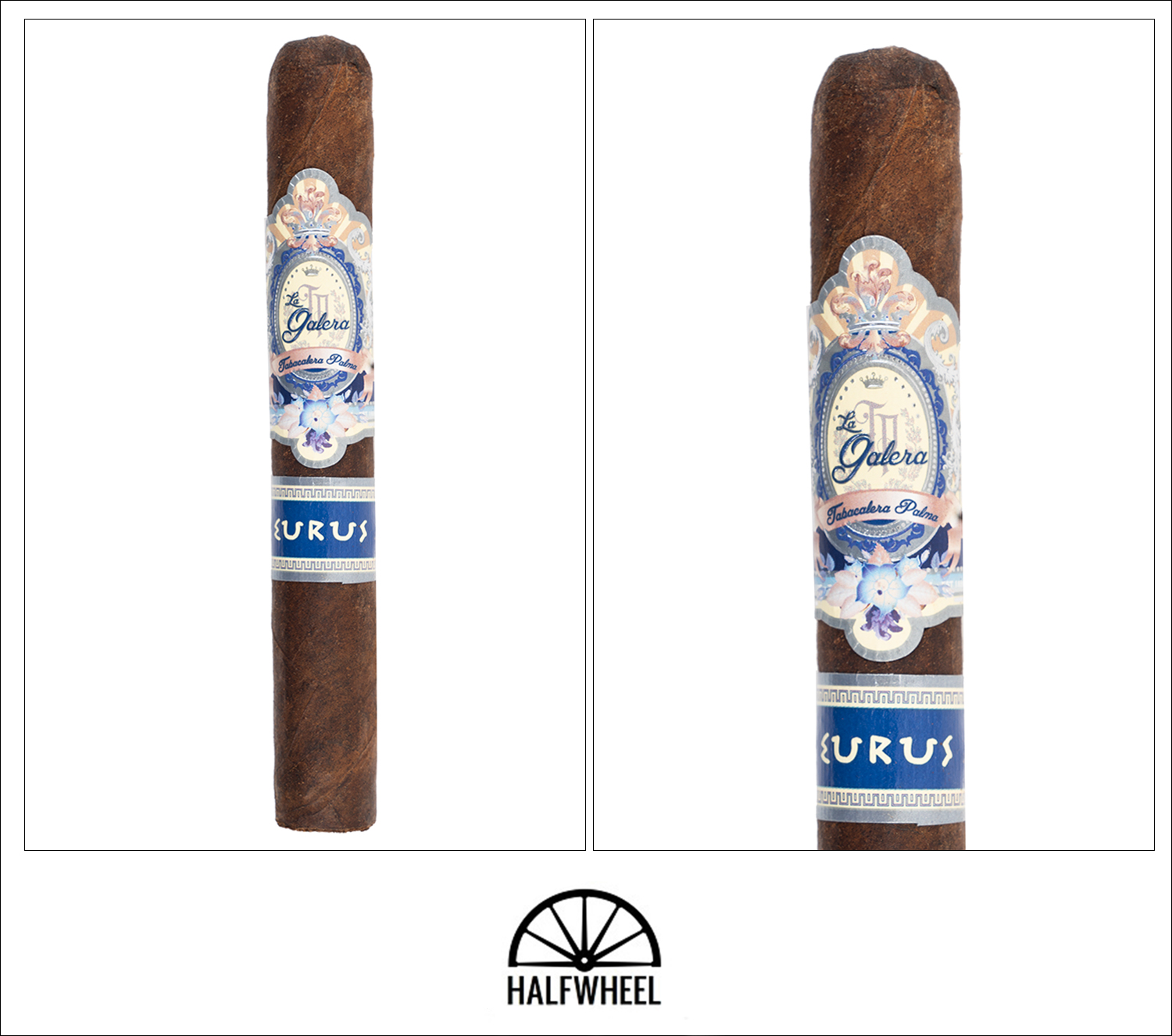 There is only one description that comes immediately to mind when seeing the wrapper on the La Galera Anemoi Eurus cigars I smoked for this review: ugly as sin. Specifically, it is a dark, motley brown cover leaf with lighter patches up and down its length that is so rough to the touch that it reminds me of coarse sandpaper. It is also extremely hard when squeezed, with almost no give whatsoever. Aroma from the wrapper and foot is a combination of sweet earth, oak, sawdust, leather, manure and fruity sweetness, while the cold draw brings flavors of creamy oak, hay, earth, cinnamon, dark chocolate, distinct plum sweetness.

Two of the Anemoi Eurus cigars start out exactly the same way—featuring a profile full of dark chocolate and creamy oak, followed by lesser notes of cinnamon, hay, leather, grains and coffee grounds—while the final sample is obviously more pedestrian from the get-go with generic flavors of leather, wood and earth. In addition, the first two cigars show off the plum sweetness pulled over from the cold draw that is found almost entirely on the retrohale, where it combines with some obvious black pepper. Construction-wise, the Eurus features an excellent draw and a burn that is giving me no issues so far, while the smoke production is well above average for this sized vitola. The overall strength is noticeable but far from overwhelming, ending the first third a bit closer to medium than to mild.

While the black pepper from the first third remains steady as the second third of the La Galera Anemoi Eurus begins, the plum fruit sweetness has increased slightly, becoming even more of a major player in the profile. The dominant flavors continue to be a combination of dark chocolate and creamy oak flavors, as well as notes of sourdough bread, hay, cinnamon and espresso beans. Both the burn and the draw continue to impress —especially the draw, which is giving me excellent resistance after a simple straight cut—while the smoke production shows no signs of letting up. Strength-wise, the La Galera goes almost nowhere compared to the first third and does not seem to be increasing significantly anytime soon. A major shift occurs in the profile right after the start of the final third of the Anemoi Eurus, with the plum fruit sweetness receding quite a bit and the amount of black pepper increasing in tandem. However, the other flavors in the profile continue along the same path as the first two thirds—which is a very good thing—with dark chocolate and creamy oak once again taking the top spots followed closely by flavors of leather, cinnamon, salted peanuts, bread and hay. While I have to touch up the burn once on each of the three samples, the construction and the smoke production remain quite good. Finally, the overall strength manages to cross the medium mark just as I put down the nub with a little more than an inch left. This review is a tale of two different profiles over three samples: two cigars were excellent, with a profile that is full of dark chocolate, creamy oak and sweet plums along with just enough black pepper to keep things interesting. However, the last sample was almost the complete opposite, with a profile that was linear and boring, specifically with notes of generic earth and leather. Interestingly, both the construction and the overall strength gave me very few issues, regardless of which sample I smoked. While the La Galera Anemoi Eurus is noticeably inconsistent when it is at its best—as it was with the first two samples—it is almost shockingly complex, but if you end up with a more pedestrian sample, there is no hiding its flaws.