For a brand that’s only a couple of years old, you might find it odd to have an 80th Anniversary edition released, but in 2016 that’s just what José “Jochy” Blanco did.

When Blanco acquired Indianhead Cigars in 2015, he launched a brand called La Galera. While there were some delays for their initial offerings, by the 2016 IPCPR Convention and Trade Show there were already two La Galera lines launched, with three more that were to be released immediately following the show.

One of those was the La Galera 80th Anniversary Limited Edition. 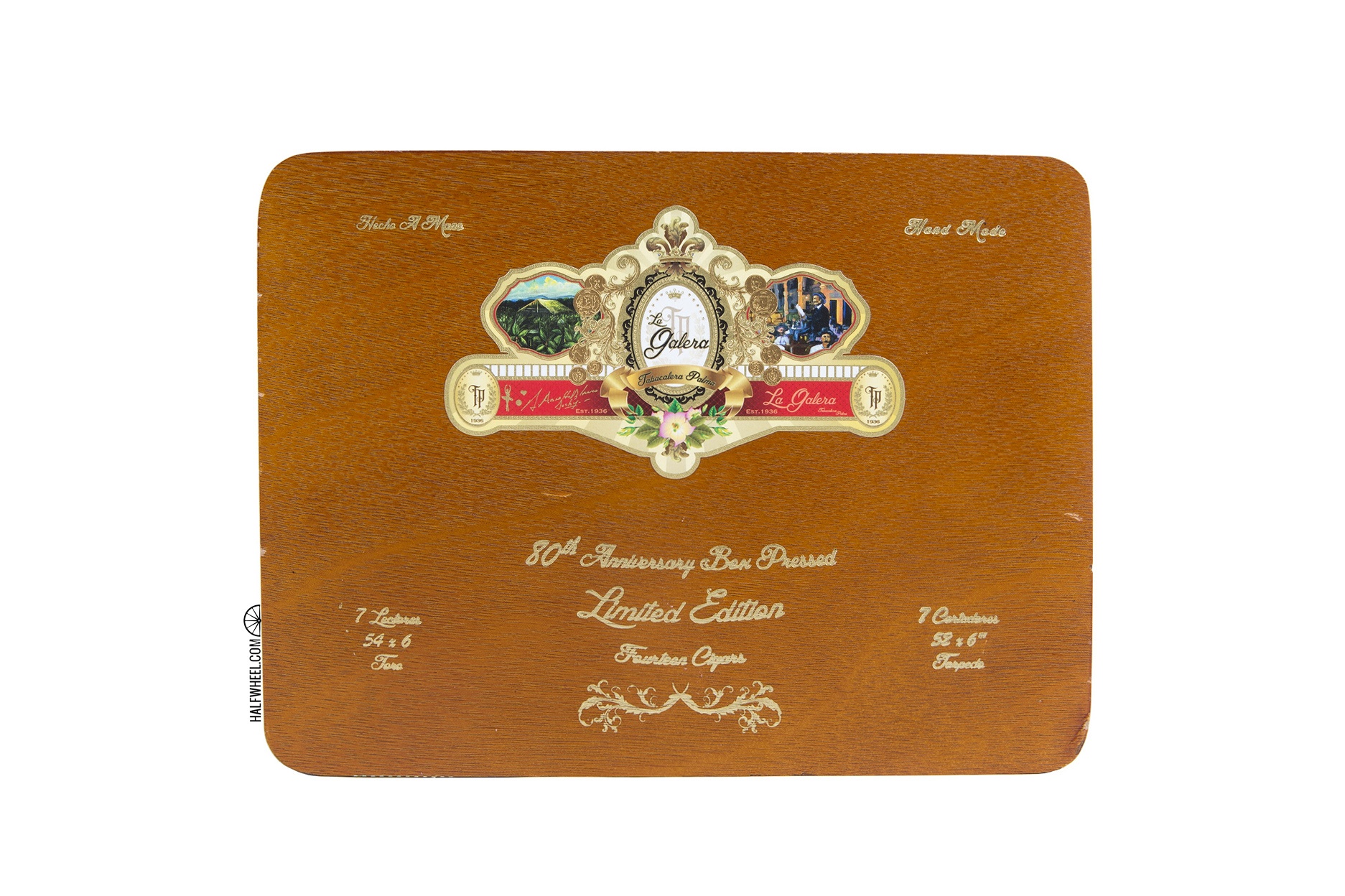 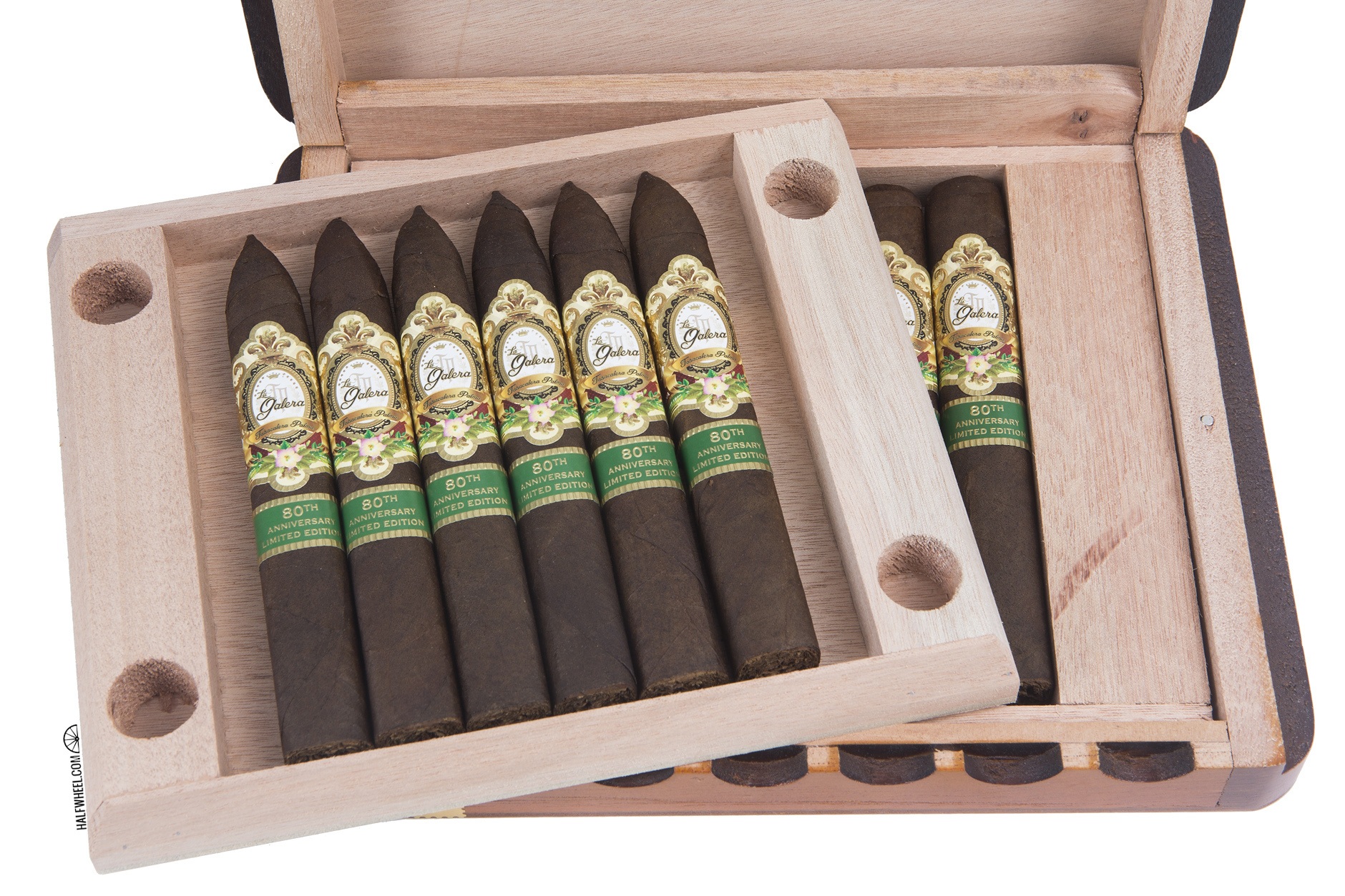 The 80th anniversary of course doesn’t refer to La Galera, seeing as the brand wasn’t even a year old yet, but instead was celebrating Blanco’s factory Tabacalera Palma, which was founded in 1936. Keeping in the theme of the factory for the celebratory release, the cigars come in a box that is made to look like molds used when rolling cigars. The box contains 14 cigars, seven of each of the two sizes in the blend. 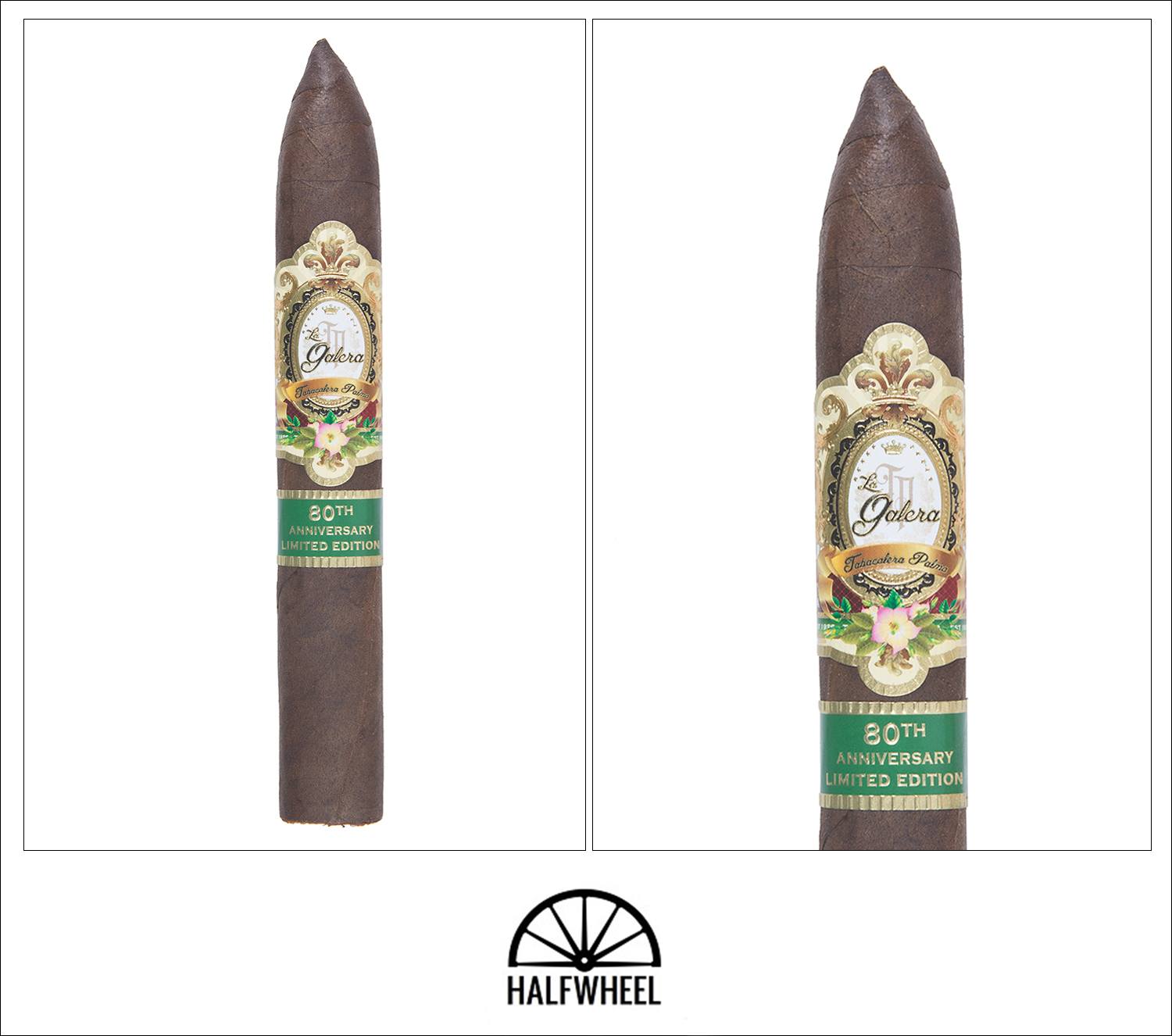 *This is split between the two sizes, with a total of 28,000 for each size

With the La Galera 80th featuring a Mexican San Andrés wrapper, the rough feel of it wasn’t too much of a surprise. There is a little give across the entire cigar, with a couple of spots that do seem to give a little more than the rest. The aroma off the wrapper isn’t a huge surprise either, with big earthy notes, followed by leather, hay, hints of cinnamon and a touch of chocolate. On the cold draw is a bit of spiciness, some sweet chocolate and a touch of dried fruits.

Starting into the first third there is a lot of spice up front, followed by a healthy dose of chocolate, hints of fruit and some earth undertones bringing up the background. Immediately starting out the burn is a little wavy, but it corrects itself and evens up quite impressively, leaving a dense and distinctly lined ash behind. The draw is perhaps a little on the tighter side of ideal, though it’s still well within the range and produces plenty of smoke with each draw. The spice continues to dominate the profile, but a sweetness is growing that really accentuates the chocolate and fruit notes. Moving into the second third of the La Galera 80th Anniversary Limited Edition Cortador the profile hasn’t changed much, though the spice has seemingly become richer, creating a big and specific cinnamon note in the profile. Despite a fairly consistent march down the cigar, the burn line finally goes astray and needs a little touch up to get it back on track. While spice and cinnamon continue to dance together up front, the sweet chocolate and fruit persist in the middle somewhere. The earthy undertones have faded somewhat, leaving the profile without the dry finish it had before, and instead allowing a light espresso note to come through. Shifting into the final third, the spice that has led the profile the entire time as an enjoyably dominant note has seemed to develop a twinge of bitterness to it. Interestingly enough the sweet chocolate and fruit notes are still there, but the harshness does start to muddle the lighter notes of earth and espresso. Another touch-up is needed to keep the burn as even as I’d prefer it, while the dense, detailed ash keeps on documenting the burn line’s history. As I near the end of the cigar, thankfully the profile hasn’t developed any further harshness, allowing most of the flavors to continue all the way to the end. While I’m familiar with Blanco, Tabacalera Palma and many of the brands rolled there, I have yet to try any of the La Galera line. Fortunately, the La Galera 80th Anniversary Limited Edition Cortador was a great introduction to the brand. The profile was good despite a slight downturn in the final third, with a huge spice note that not only dominated my palate but permeated the entire area around me with a pleasant aroma that heightened the enjoyment of the cigar. While a couple of touch-ups were needed, overall the construction of the Cortador was quite nice as well, which combined with the profile creates a cigar that is certainly worthy of a celebratory anniversary.