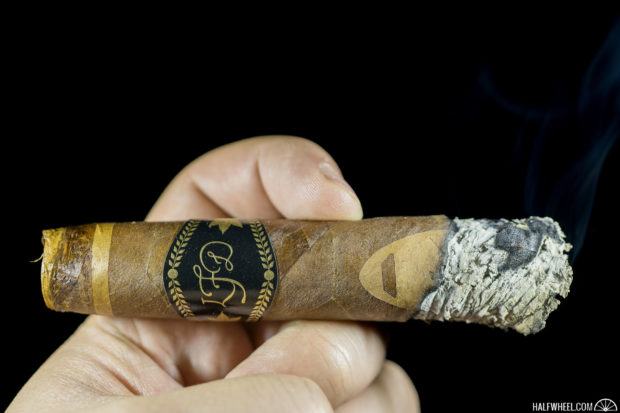 As I noted two years ago, I am an Eagles fan and as such, the above is rather relevant. Since 2015, La Flor Dominicana has released a special cigar to celebrate the Super Bowl. Due to marketing rights, or a lack thereof, it’s called the Special Football Edition, but the intent is clear.

The cigar is limited to retailers in the state where the Super Bowl is being played that year and is released well before the game. Every cigar has a football on it, constructed out of contrasting pieces of tobacco.

This year’s version was created for Super Bowl LII, which took place on Feb. 4 at U.S. Bank Stadium in Minneapolis. And oh yeah, the Eagles won. 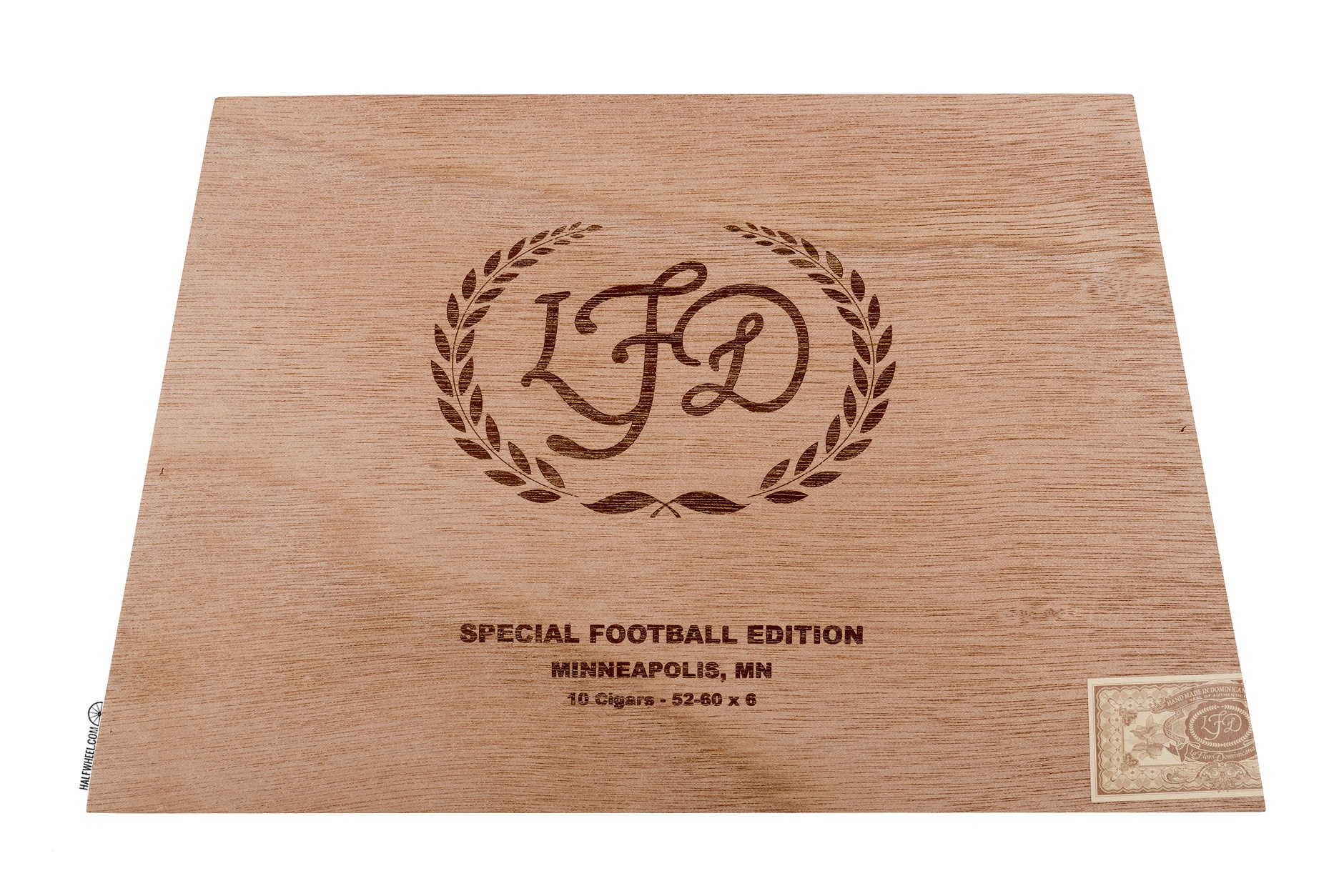 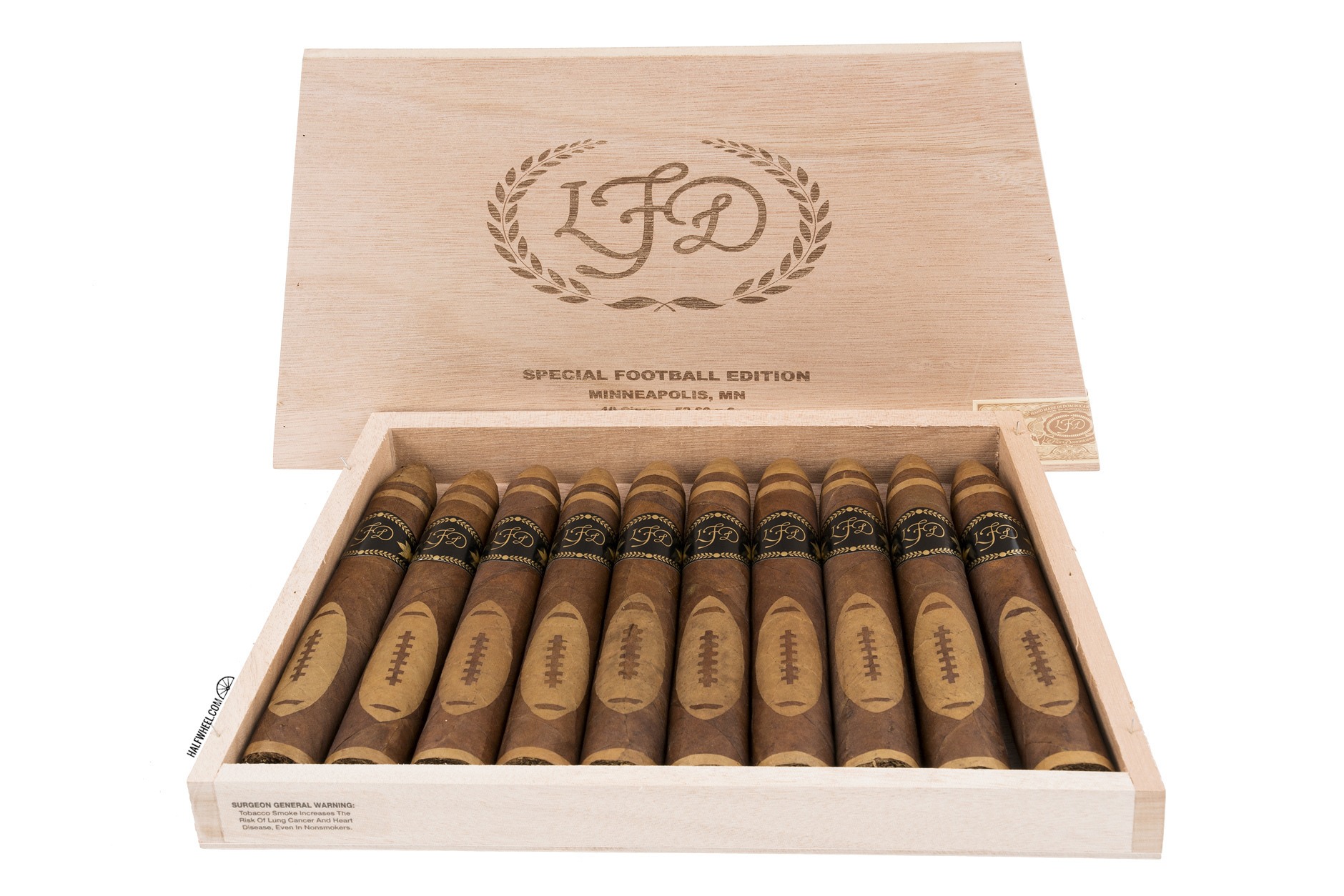 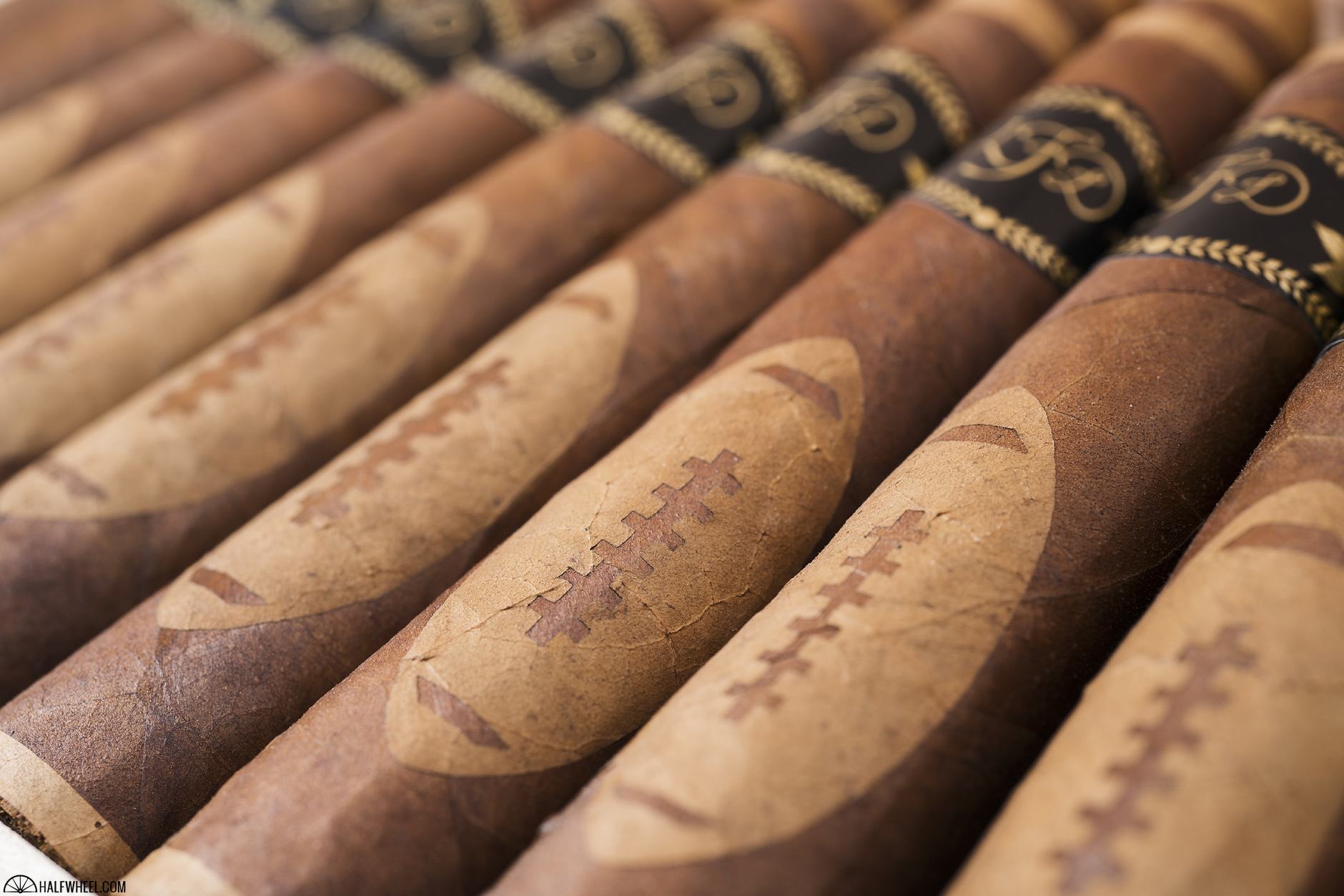 As for the cigar, it measures 6 1/2 x 52/60—quite similar to last year’s version—though the foot on this year’s version is straight, whereas last year’s rendition had an angled foot. It uses Ecuadorian habano and Ecuadorian Connecticut wrappers over a Dominican binder and Dominican fillers. It’s the fourth Special Football Edition that La Flor Dominicana has released. 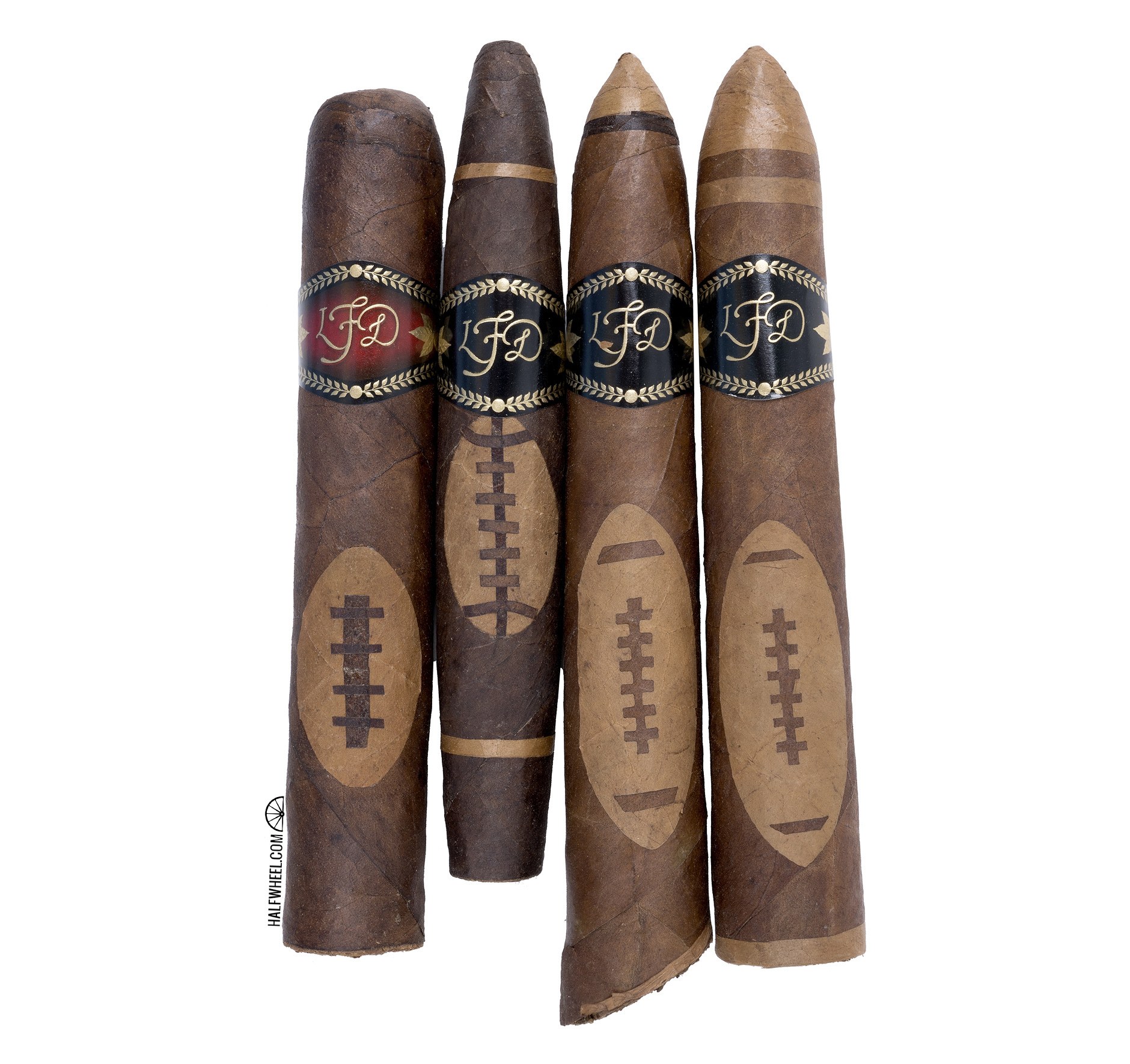 I never thought I would say this: but it’s hard to tell the football cigars apart. As I mentioned above, the 2017 and 2018 versions are quite similar with the foot being the only identifiable difference, though it’s a big one. The artistry involved with creating the football on the wrapper is impressive, albeit, La Flor’s Salomon Ünicos put this to shame. Scheduling delays mean these cigars have sat for a couple months out of cellophane and as such, I don’t get a ton of flavors from the wrappers. The foot is quite different with cherry woods over cocoa powder, some blueberries and a deep acidic flavor that honestly smells like standing urine. For what it’s worth, the latter is present on two of the three samples I smoked. Fortunately, there’s none of that on the cold draw. The artificial cocoa is still there, but it’s overshadowed by an intense wasabi-like pepper. After a handful of dry puffs, it mellows out and allows some floral and bread notes to appear, along with some lingering cinnamon.

As if the foot aroma wasn’t bizarre enough, the La Flor Dominicana Special Football Edition 2018 starts with some gummy bears, strawberries and a lot of honey mustard towards the end. There’s not a ton of smoke at first, though that quickly changes. A few puffs in and the La Flor is putting off tons of smoke and developing an earthy core. There’s some creaminess underneath, a lot of black pepper on top, and strawberries amongst it all. The retrohale reminds of a Weber grill with a distinct charcoal toastiness on top of some floral and butterscotch creaminess. Construction is great. The flavor is full, body is super full and strength is medium-full. There’s still an earthy core, but it’s somewhat overshadowed by a super bright orange before a bit of black pepper enters at the end. The retrohale has some lemon zest, Longjing tea and floral flavors, particularly if I hold the retrohale in and try to extend it. The finish is quite earthy, though there’s some metallic flavor which seems to be a result of the orange flavor getting too sharp. Elsewhere, things remain the same: great construction, full flavor, fuller body and a medium-full strength. 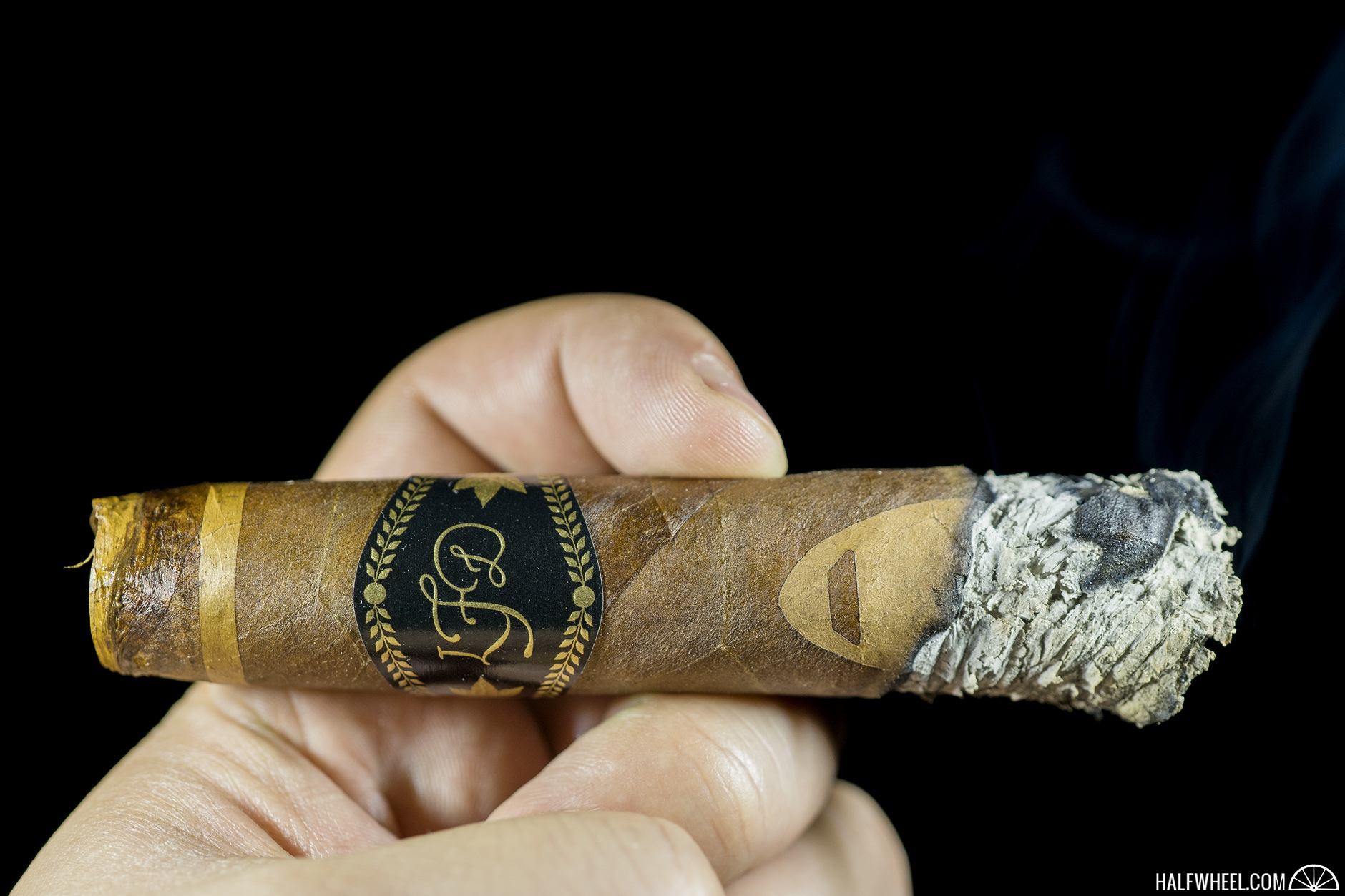 The final third of the La Flor Dominicana Special Football Edition 2018 sees a massive increase in white pepper right as the torpedo part of the cigar burns. Otherwise, things are quite earthy with some cognac and bread behind that. At an inch left, I pick up red pepper, but after 10 puffs it completely falls off. Flavor is full, body is full and strength picks up to full. 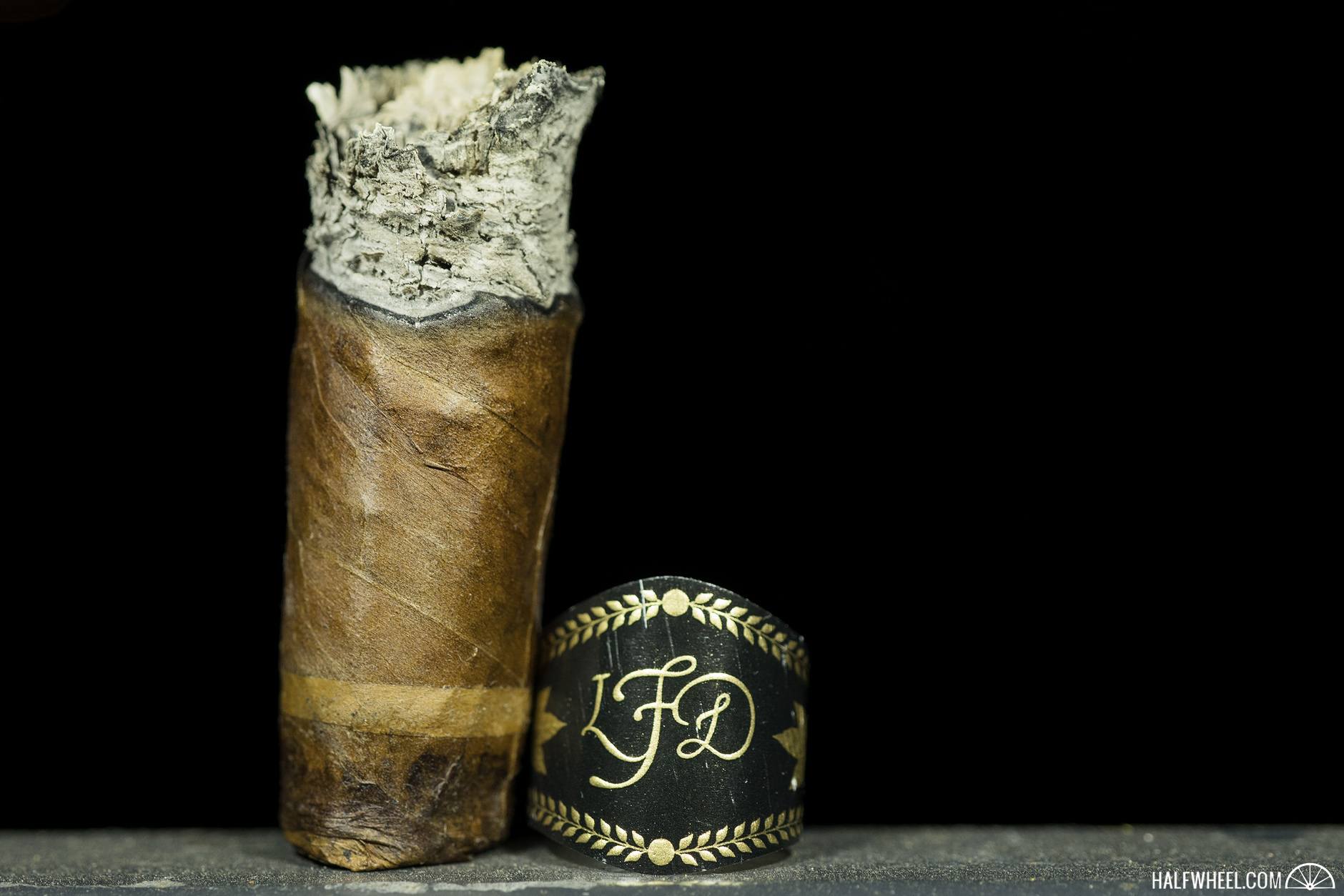 This is everything I look forward to from a La Flor: powerful, rich, but with some subtle flavor notes. I didn’t get to celebrate Super Bowl LII with the La Flor Dominicana Special Football Edition 2018, but it would have been a great cigar to cap off a great night. The final third could use some work, but that shouldn’t stop you from buying some, by the box.