The NFL Playoffs are underway and La Flor Dominicana’s unofficial cigar for the Super Bowl is heading to stores. 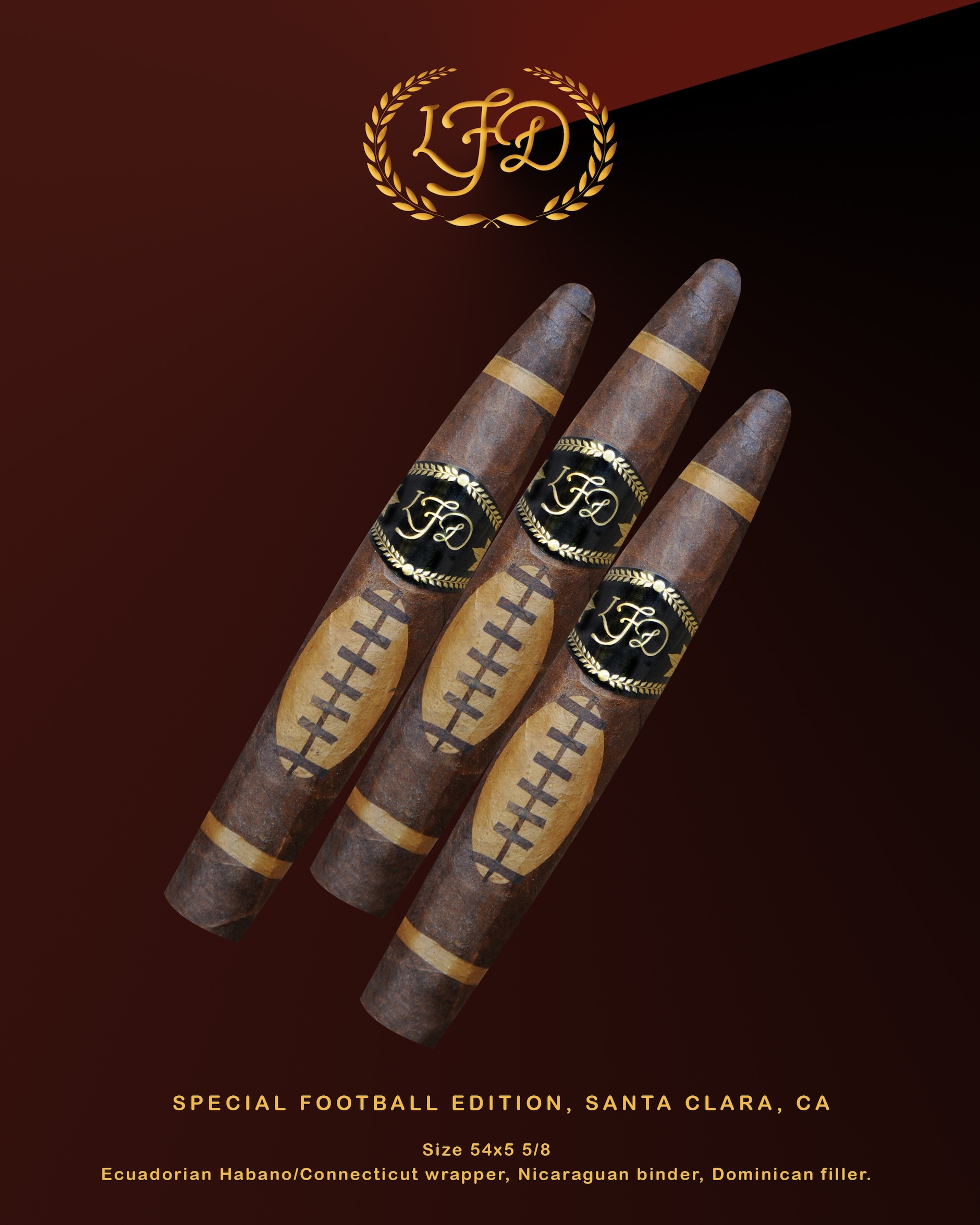 Today, the company will begin shipping the La Flor Dominicana Special FootballEdition 2016 to retailers in California. The 5 5/8 x 54 perfecto features an Ecuadorian habano wrapper with a football made out of Connecticut-seed tobaccos.

Inside is a Nicaraguan binder and Dominican fillers.

Pricing is set at $12 per cigar and the LFD Special Football Edition 2015 comes in boxes of 10.

This is the second year La Flor Dominicana has released a Special Football Edition to retailers near where the Super Bowl is being played. This year’s game is being played at Levi’s Stadium in Santa Clara, Calif.