As a tribute to and celebration of the game of football, La Flor Dominicana announced that it would be creating a special limited edition football-themed cigar this winter, and while there’s no official tie-in to the NFL or a certain big game, it’s pretty easy to see the connection.

The announcement came on Dec. 6, 2014, and orders were taken and filled shortly thereafter, with the cigar showing up just after Christmas. The La Flor Dominicana Football Special Edition is only being made available to retailers in the state of Arizona, which happens to be where the biggest professional football game of the year is being played, as Super Bowl XLIX will be held at University of Phoenix Stadium in Glendale, Ariz. on Feb. 1. 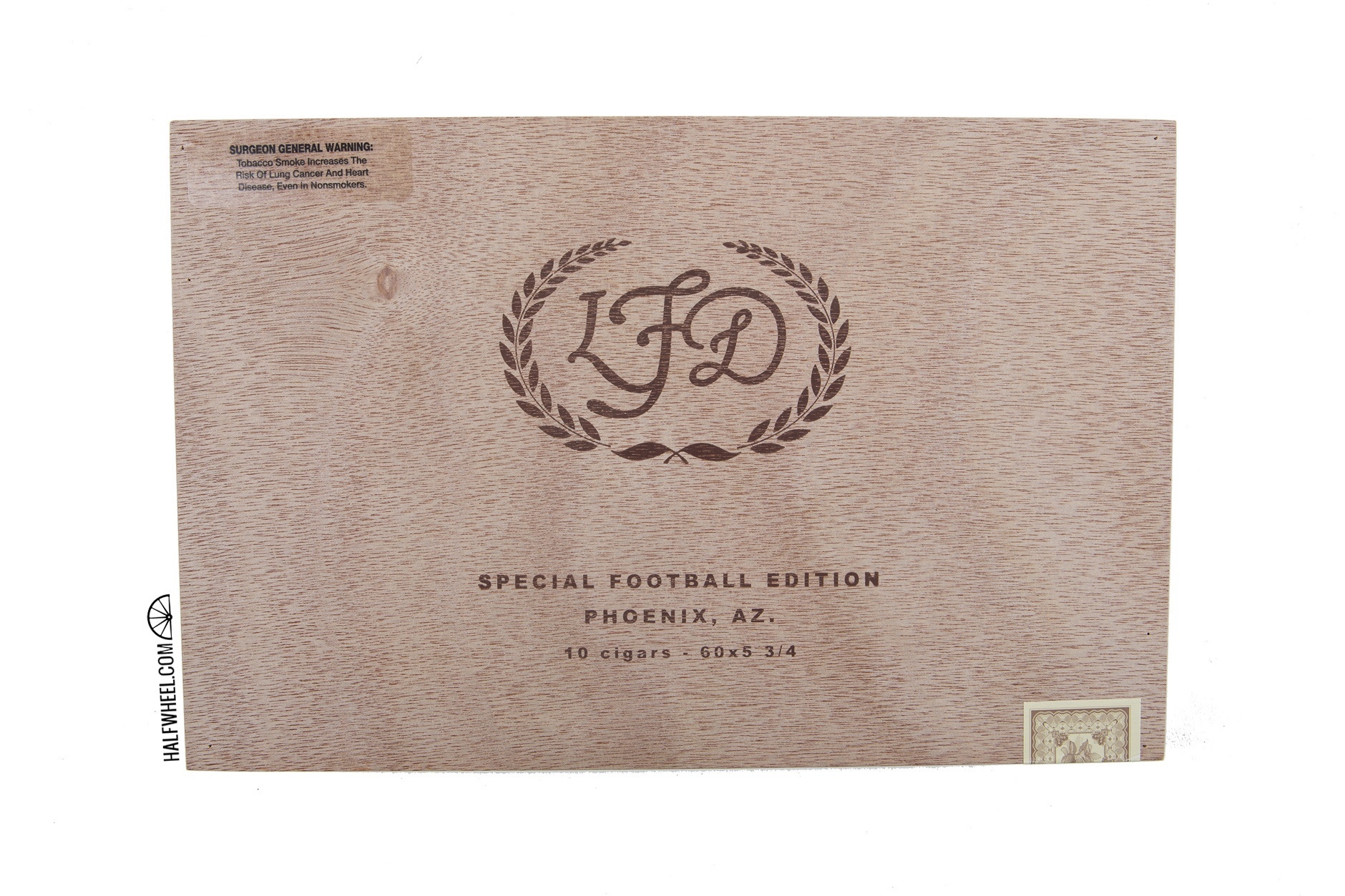 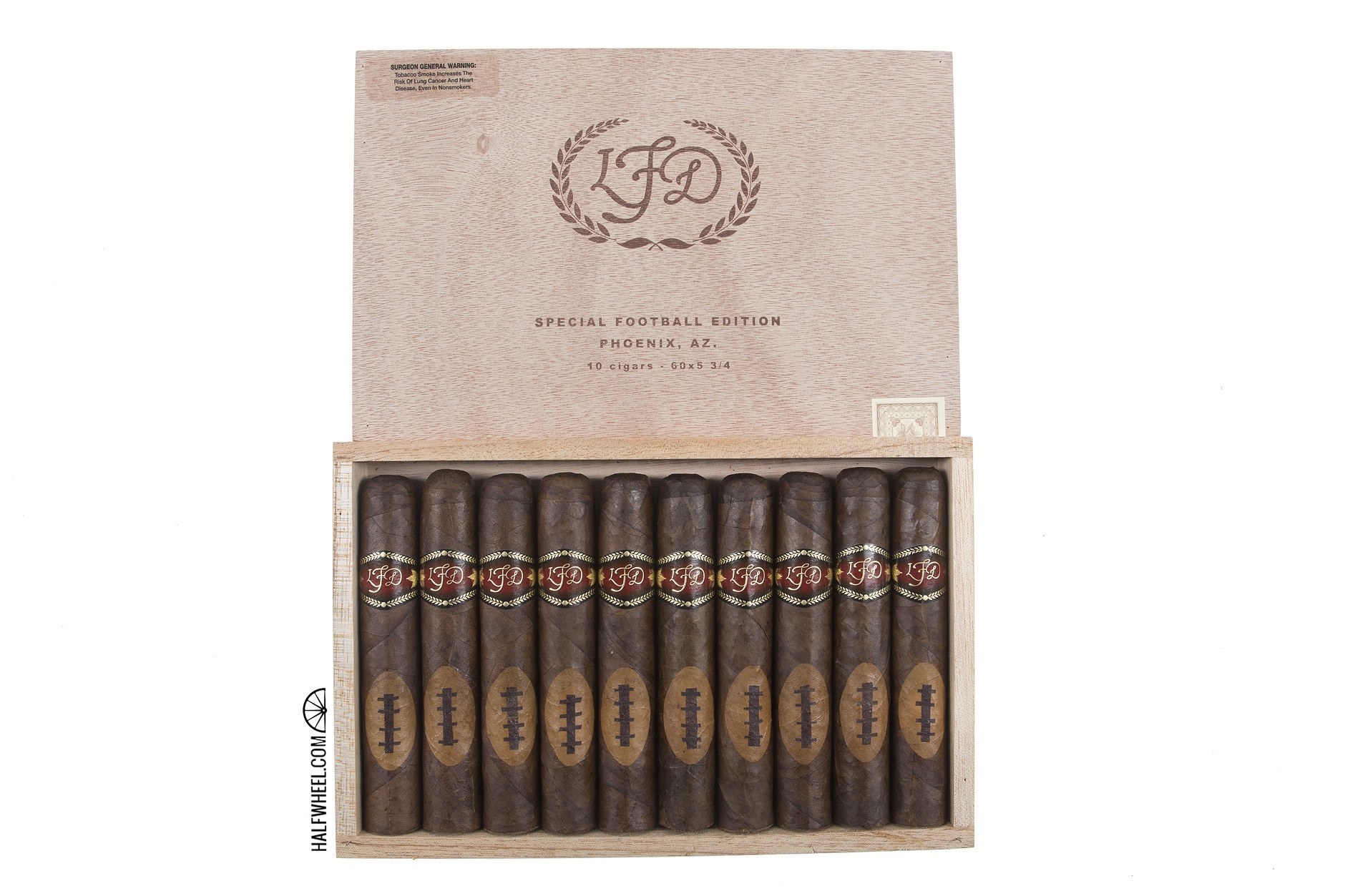 The idea for the cigar came from the folks at Baxter’s Cigars in Phoenix, who suggested to LFD that a cigar for the game would be a great idea. La Flor Dominicana liked the idea so much that they went ahead and produced it. The debut release is an entirely new blend, using an Ecuadorian Habano wrapper over a Nicaraguan under and filler from the Dominican Republic. Jon Carney, vp of sales for LFD, told halfwheel at the time of the cigar’s announcement that if it sells well, it could begin a series of similar cigars made just for the retailers in the state where the Super Bowl is being played. He recently said that this first edition has been received incredibly well by both consumers and retailers, but at this point a decision hasn’t been made as to whether or not to continue the series next year.

While the cigar has already been on shelves for a few weeks, Carney will be in the Phoenix area for a series of events featuring the cigar as a lead-up to the game. Like numerous other small-production releases, the La Flor Dominicana Football Special Edition comes in ten-count boxes with nailed down lids, a distinctive if somewhat frustrating presentation given how it has to be pried off and then doesn’t close back up cleanly. 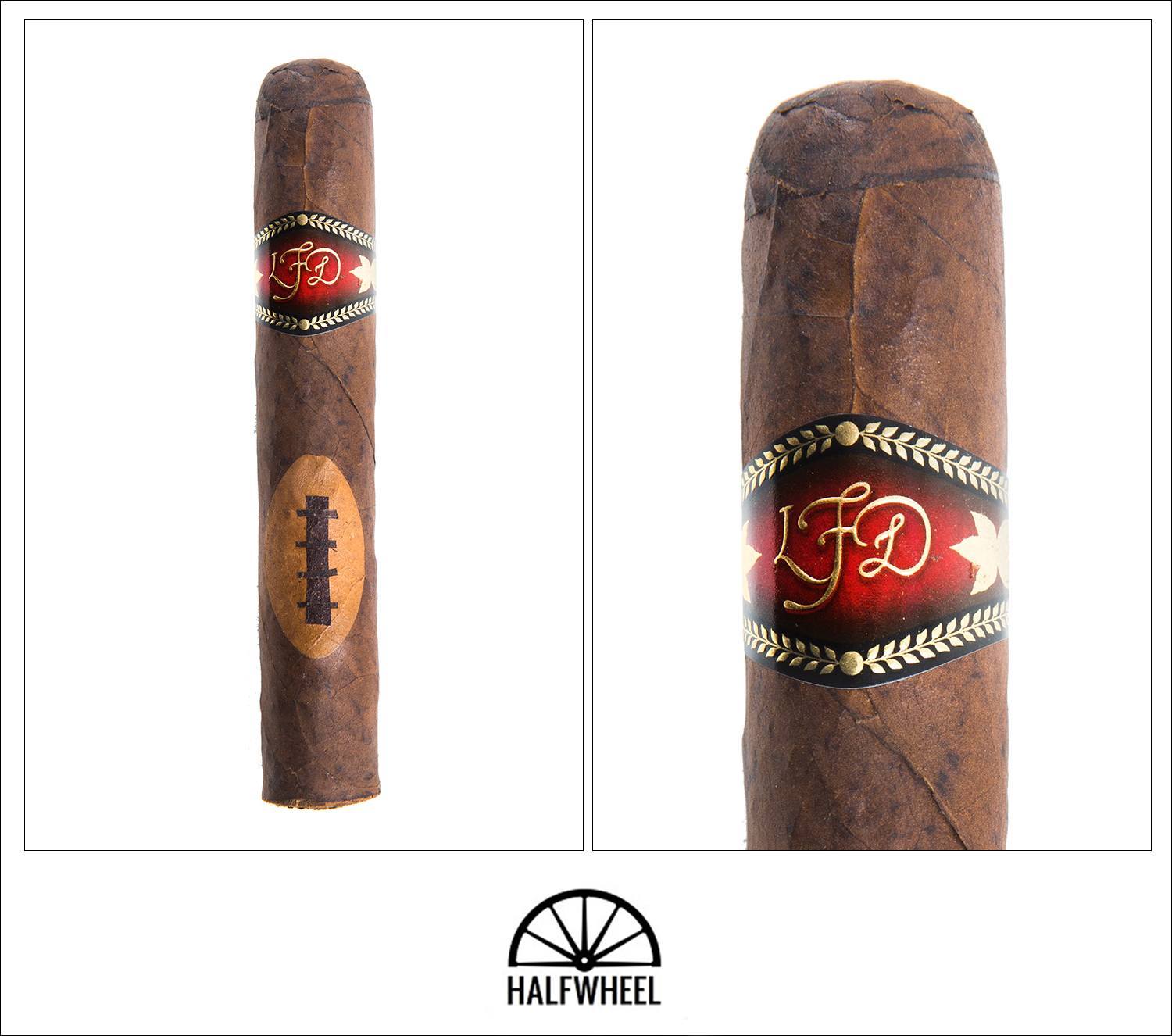 There’s one thing with this cigar that immediately catches your eye, and I think we all know what it is: the tobacco football. It appears to be six separate pieces of tobacco assembled to create the design: the larger and lighter piece used for the ball, and five small strips of tobacco arranged for the laces, an impressive handmade accent to this sizable cigar. The rest of the wrapper is a mottled shade of medium brown with small veins and a number of spots where the shade gets noticeable darker. It’s a firm cigar to the touch, almost to the point of being outright hard, and I’m a bit concerned how it will hold up in a partially-filled box when the cigars might roll around. The pre-light aroma is fairly dry and has a distinct notes of dry pretzel and wheat bread coming off the foot—though never on the same cigar–while the wrapper has a slight note of turkey breast to it. Air moves well through the cigar, and the cold draw has plenty of tobacco notes to it while also showing a bit of cashew. It’s a big cigar in the mouth, feeling even bigger than its 60 ring gauge size would suggest.

The La Flor Dominicana Football Special Editon kicks things off on a strong note, offering plenty of pepper and wood that grabs hold of the palate and nose. A quick retrohale shows a substantial amount of white pepper, and while the dry flavor profile isn’t exactly what I think of from La For Dominicana, the level of strength certainly is. The pepper begins to dial itself back fairly quickly and the cigar mellows out by the time the burn line reaches the tip of the football, which is also where the burn line gets a bit wavy, though it doesn’t appear to be because of the added piece of tobacco. With the pepper a bit diminished, it allows the other notes to start peaking through: hints of baking spices, warm nuts and wood form a nice harmony for a few puffs. It’s still a big cigar to hold on to, and the draw begins to tighten up around this point, with the previously billowing levels of smoke reduced to smaller wisps. Unless the cigar is burning well, I have a hard time getting enough smoke from it, as rest really idles the combustion engine inside. White pepper picks back up as does the dry wood notes, while the aroma picks up a bit of fragrant sweetness and has me thinking fresh strawberries at times. The ash holds on for about an inch or so before letting go, and after a quick touch-up the burn line is back on track and holding even. 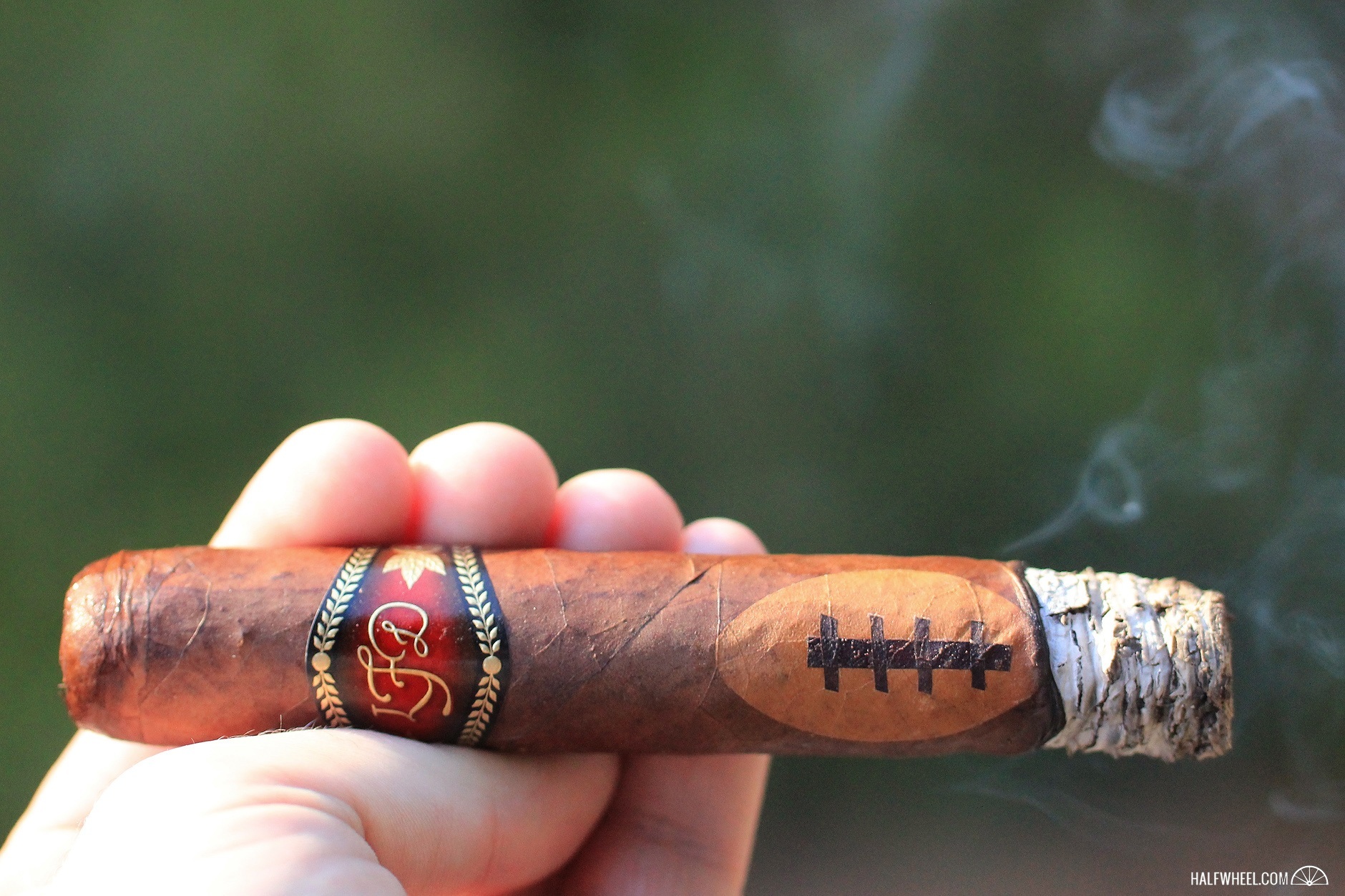 The pepper has shifted a good bit into a direction that I can’t quite explain; it’s heavier than it was earlier but not quite what I think of black pepper, nor does it have the distinct punch of chili pepper flakes or something along those lines. While a perfectly accurate description may be eluding me, its strength in the nose isn’t; a nearly pungent amount lights up the inside of the nostrils while the palate gets a tangy wood note. The flavor stays pretty monotone and lacks real distinct flavors; it’s a palatable cigar but doesn’t have me writing down lots of specific notes. Strength continues to sit at medium, while the flavor and body are in the same range but there’s just a bit of lingering tanginess that extends the finish a bit. 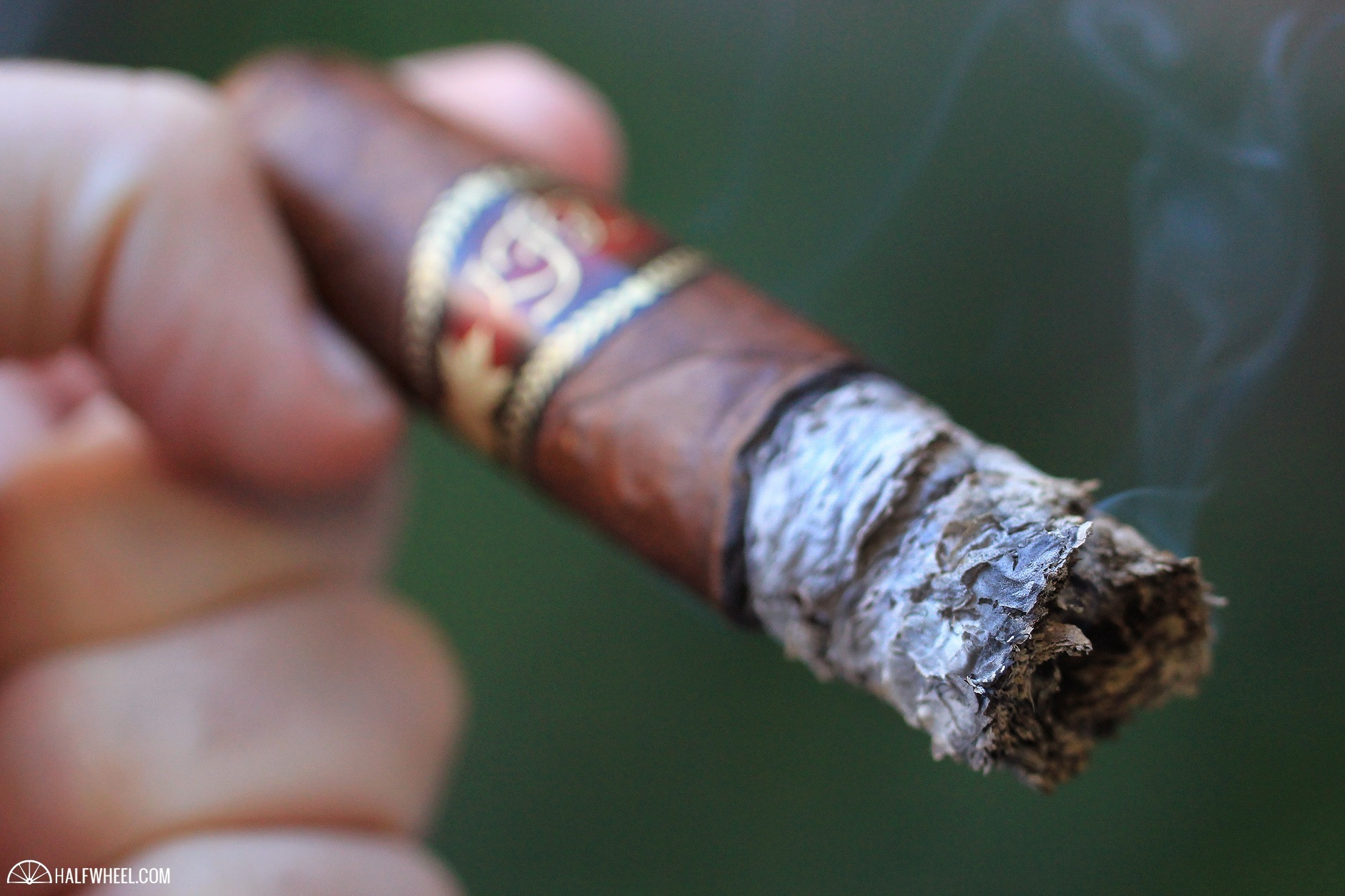 Somewhere towards the end of the second third, a sweet and hard to place aroma comes off the La Flor Dominicana Football Special Edition, it has me thinking of apricots and persimmons, and grilled ones at that. There’s an almost gritty wood note once the band comes off, and the aroma starts to pick up a smoky bark character. Strength continues to build with each puff and the La Flor Dominicana Football Special Edition finishes about as strong as it has been throughout the entire cigar, with the base notes of earth and wood doing most of the heavy lifting, using pepper for an accent more than anything. Even when it’s burnt down to a nub, the draw stays incredibly tight and leaves me a bit tired from trying to work air through the cigar. 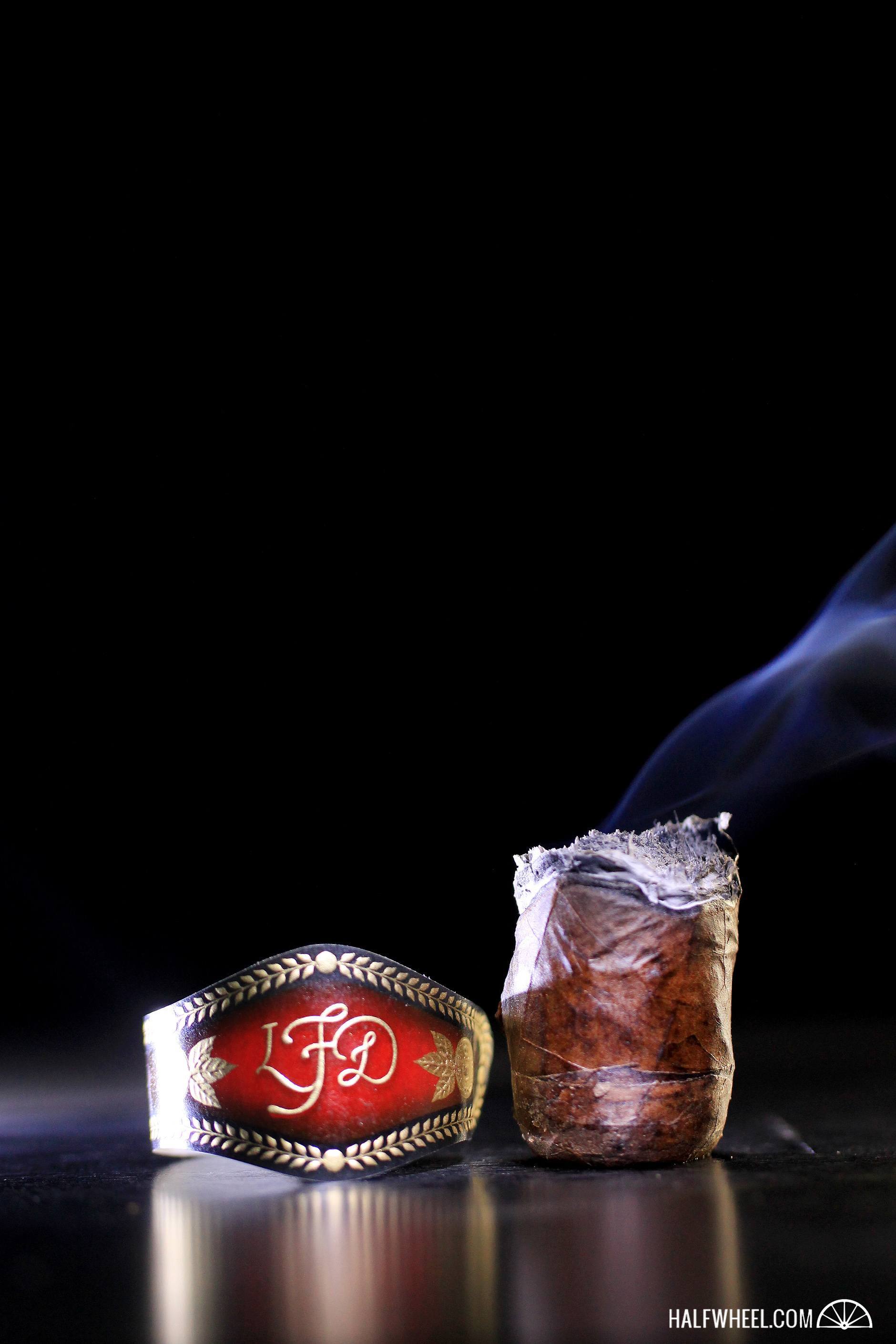 I think everyone has high hopes with limited editions, and I certainly did with the La Flor Dominicana Football Special Edition. While it may have fallen short in some regards, the more I smoked it the more it became clear that this is a cigar suited almost perfectly for the big game: it's big enough to last you nearly the entire game--or if you're a fast smoke, pregame through the halftime show and then another one for the second half. It's also flavorful enough to be easily enjoyable and never out of balance or so harsh as to be distracting from the game. While the La Flor Dominicana Football Special Edition might not be a standout, it serves its purpose almost perfectly.