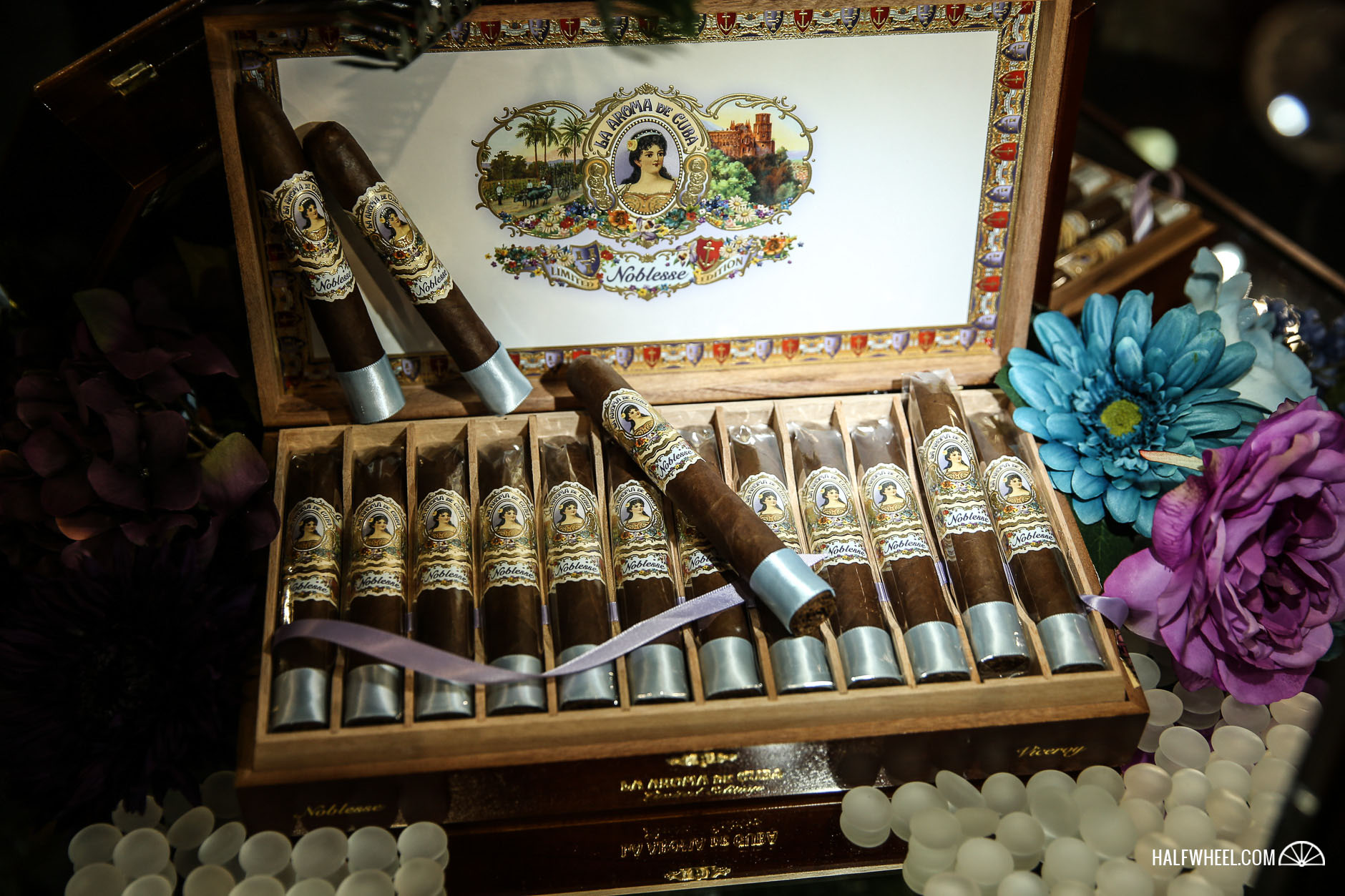 The Noblesse uses an Ecuadorian habano wrapper, Nicaraguan criollo and habano binders and fillers from Nicaragua. The Viceroy features the soft belicoso tip that is synonymous with the other belicosos of this size from the My Father Cigars S.A. factory. Aroma off the wrapper is strong with lots of sharp cocoa and chili pepper that reminds me of a lot of Nicaraguan cigars circa eight years ago. Or at least the first sample, the second and third cigars are much milder with oak and graham cracker. The foot is similar to the wrapper, though that once again means the first cigar is much stronger and sharper with the other two much softer and a bit sweeter. That trend follows itself to the cold draw with chocolate on all three samples—though sweet on two cigars and sharp and acidic on another. Interestingly, the cold draw is substantially more muted than your typical cigar.

Given the cold draw, particularly on the first sample, I was expecting a much more potent start for the Viceroy. It certainly isn’t mild, but it’s not the heavy beginning I was anticipating. Earth, dark chocolate, grass and a white rice starchiness dominate the first few puffs. After a few moments, the La Aroma de Cuba turns very wood with an aggressive jalapeño flavor in the back of the throat. It’s more taste than burn, but it’s not too appetizing. Flavor is medium-full, body is full and strength is medium-plus. While toastiness was certainly present in the initial third, it picks up quite a bit in the middle portion. There’s burnt molasses, buttered bread, poppyseed muffin and a reduced pepper flavor. I make a touch-up in the second third, though it’s relatively minor. Oddly, the strength remains the same, medium-plus, and there’s no increase in flavor intensity. It’s just harsh. I’m not sure what else needs to be said. There’s some creamy and woody flavors that sit on my palate for the first second or so, but before they are given time to develop, a deep harshness—almost like my tongue is burnt—takes over. And then it gets worse; the harshness expands to the outer part of my tongue and then hits the lips. The odd thing is the one cigar that had burn issues doesn’t exhibit the harshness. Instead it’s a charred woody mixture that isn’t great, but at least isn’t offensive. Construction on the other two cigars remains fine. For those wondering, the cigar doesn’t burn hot at all. If I had stopped smoking before the final third, things would have been much different. The La Aroma de Cuba Noblesse Viceroy was a decent cigar up until that point, then things fell apart. This is far and away the worst Ashton product I’ve had to date. I’ve got one saved in my redux humidor; hopefully some time does some good, but regardless there’s some consistency and larger issues with this particular La Aroma de Cuba.