Kings Cigars Unveiling a Plethora of Limited Editions at IPCPR 2016

If there are 40 of them, is it really limited?

Most the time yes, but at the 2016 IPCPR Convention & Trade Show, Kings Cigars will unveil over 40 new SKUs, all limited products.

They are divided into 14 separate blends some with a single vitola and others with multiple vitolas.

King’s Maharaja will retail for $12-15 per cigar. It uses a Nicaraguan rosado wrapper and will come in Salomon, Corona, Toro and Gordo sizes. Kings keeps the sizes the same throughout its line, so a Solomon Toro is the same size as the Maharaja Toro.

David and TUT will both come in Corona, Toro and Gordo variants. David uses a Dominican corojo wrapper, while TUT is a barberpole with Ecuadorian habano and Nicaraguan broadleaf wrappers. The David retails from $7-9, while the TUT is $6.50-8.50 per cigar.

All of the aforementioned lines are limited to 50,000 cigars sold in boxes of 10. Interestingly, that means for the Charlemagne the company is making 50,000 A sizes whereas for lines like David and TUT, the company is splitting the 50,000 cigars between three relatively popular vitolas. 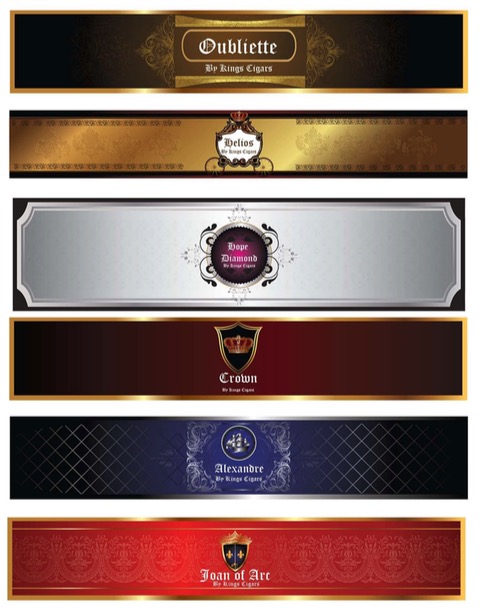 Oubliette is a four size like including Corona, Toro, Gordo and Pyramid. It uses a Dominican oscuro wrapper and will retail for $6-8.50 per cigar.

Fans of larger ring gauge San Andrés cigars have Prince, which is offered in 4 x 64 ($7) and Gordo ($9) formats.The company says it has a four-year-old wrapper with a six-year-iild Nicaraguan binder and fillers from Estelí, Nicaraguan and Ecuador.

Alexandre comes in the same three sizes, but is priced significantly less at $4.50-6.50 per cigar. It uses a sun grown wrapper from Nicaragua.

Finally, the company will be introducing flavored cigars in tins with ring gauges between 24-30. These come under the Joan of Arc line, which will retail for $8-15 per box.

All of these non-Signature Series lines are limited to 100,000 cigars per line.

The company will begin shipping the 5 Year Anniversary now with the Prince to follow in September and the remainder of the cigars receiving respective launches later in the year.