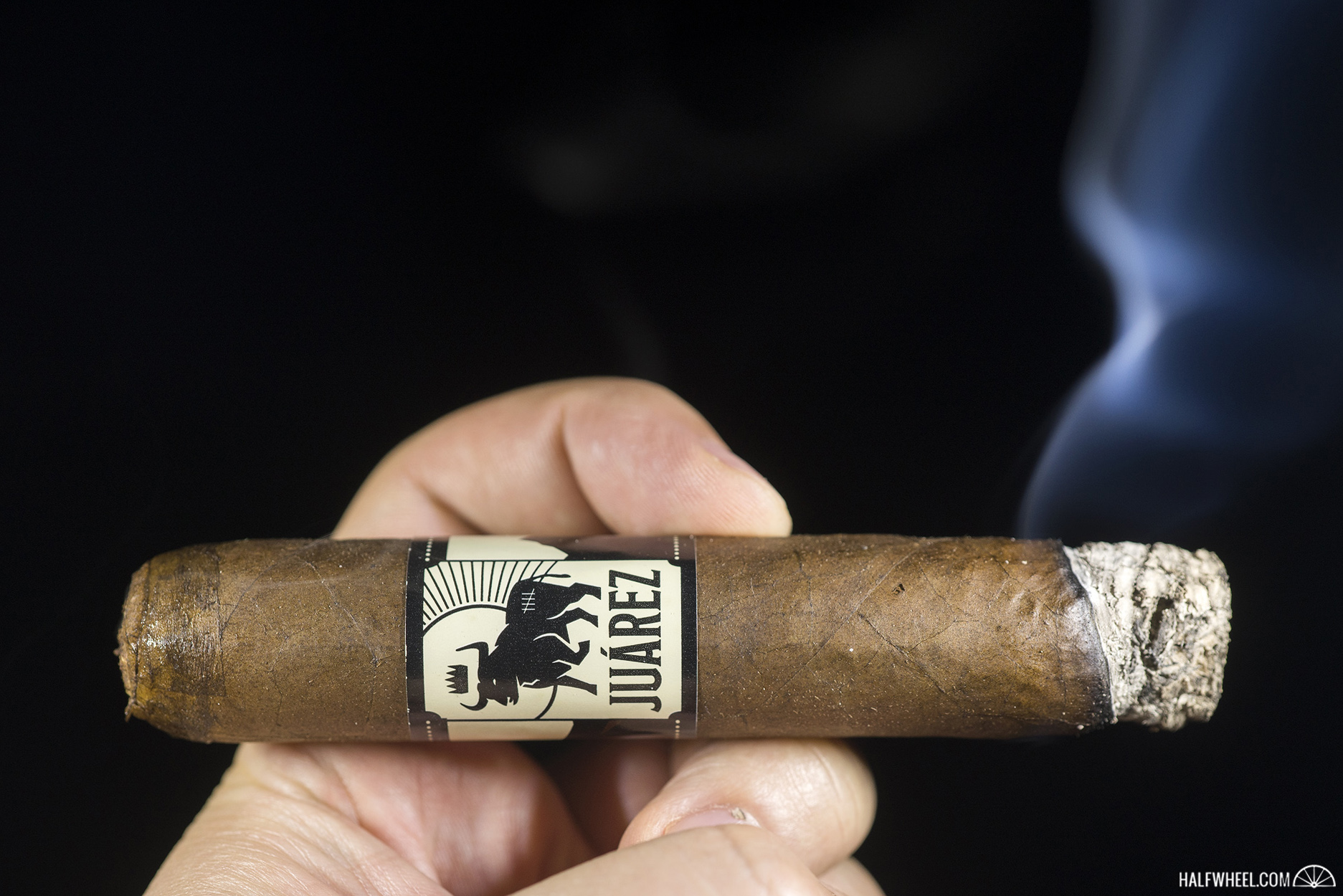 For most of its existence, Crowned Heads has made cigars at two factories. Primarily at Ernesto Perez-Carrillo Jr.’s Tabacalera La Alianza S.A. in the Dominican Republic and also at My Father Cigars S.A.

Drew Estate became the third factory, and late last year, the company added a fourth factory to the list in the form of Tabacalera Pichardo, which is tasked with producing a line of cigars called Juárez originally as an exclusive for Thompson Cigar Co.

“The challenge was put forth to us by Thompson Cigar Co. to create a value-conscious alternative to our Jericho Hill brand,” said Jon Huber, co-founder of Crowned Heads, in a press release. “We had been working behind the scenes with Tabacalera Pichardo in Estelí, Nicaragua on some blends since 2016, mostly just for fun, but as time passed and more and more samples were delivered, we became very impressed with the quality and felt there was certainly potential in working with that house.”

The cigar uses a Mexican San Andrés wrapper over an Ecuadorian Sumatra binder and fillers from the Dominican Republic and Nicaragua.

At last month’s IPCPR Convention & Trade Show, Crowned Heads announced that it would begin selling Juárez to all of its customers.

Tabacalera Pichardo, previously known as Dhatuey Tobaccos, was founded in 2005 by Eradio Pichardo. Roberto Duran used the factory to make the Azan brand and it has produced a number of smaller brands over the years.

As for the name, it—like Jericho Hill—is inspired by Johnny Cash’s “Cocaine Blues.” The Juárez part comes from, “made a good run, but I run too slow; they overtook me down in Juárez, Mexico.”

The name Jericho Hill refers to the place where the sheriff came from, who ultimately arrests the song’s protagonist, Willy Lee. Both lines also feature vitola names connected to the song, Jack Brown is the false name that Willy gives the sheriff. OBS is a reference to Orange Blossom Special, which was another song on the album At Folsom Prison.

OBS and Willy Lee are also offered in the regular Jericho Hill line. 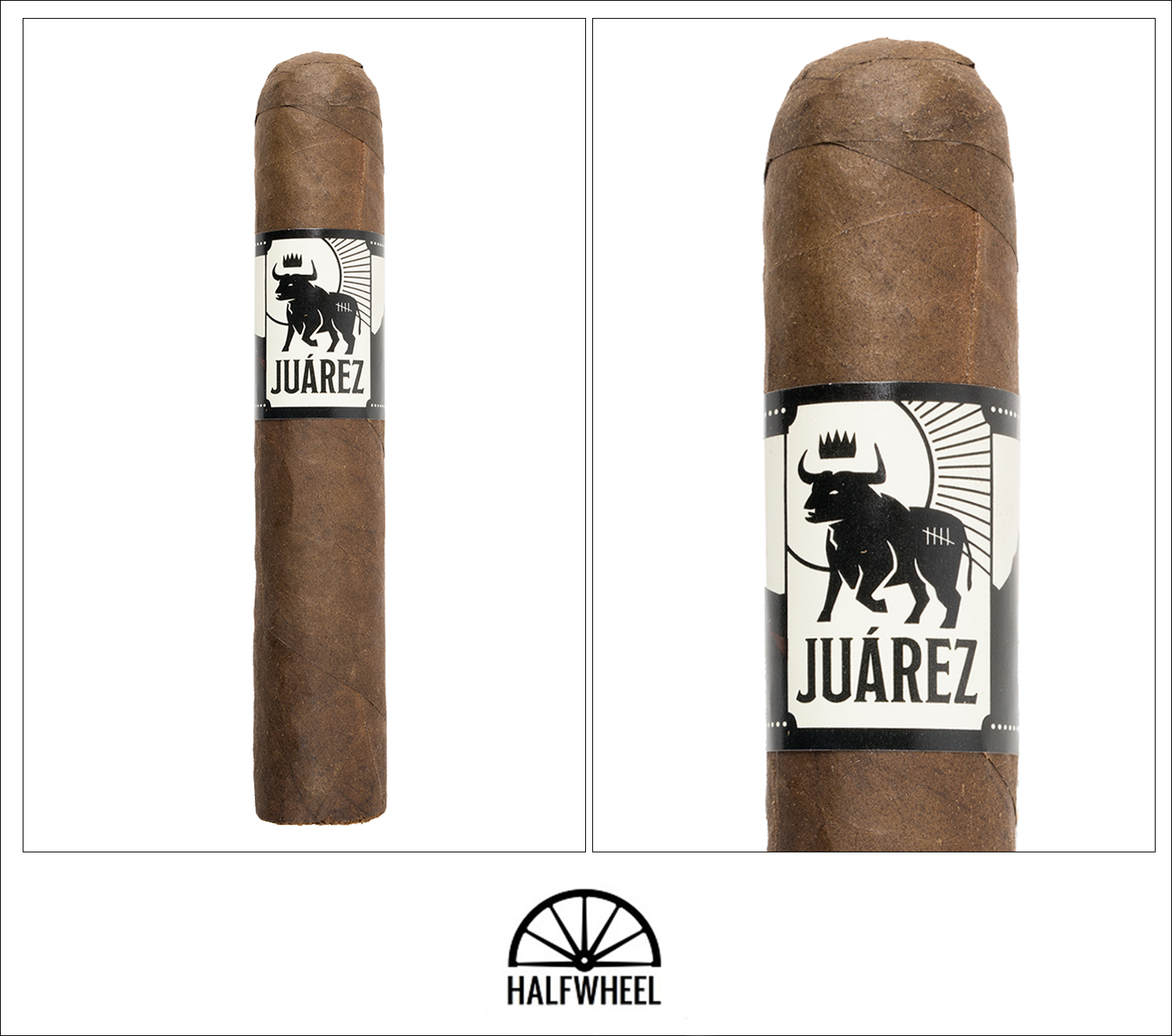 Appearance-wise, everything is a bit dull which I suspect is more an indictment of the band than the wrapper. Aroma off said wrapper has lots of earth with pine and coffee bean being the more distinct descriptors, right around medium-full. The foot is much stronger and takes me back to my childhood memories of a McDonald’s hot fudge sundae. There’s some artificial chocolate, a very distinct peanut flavor, a bit of bitter cocoa and some red pepper, which admittedly isn’t part of my memories. The cold draw has some of that sundae flavor with the peanuts standing out more than the chocolate and some artificial strawberry flavor.

The Juárez starts with an interesting mixture of raisin, earthiness and a touch of bitter cocoa, i.e. none of the flavors from the cold draw. While the start is medium-full, the cigar is pretty quickly full or near full in just about every category. The core mouth flavor is earthiness, pita bread and some lemon sweetness. Retrohales produce a very subtle honeydew-like sweetness that never has a chance to stand out thanks to much the stronger initial flavors and finish. As for the finish, there are a lot of nuts and pine notes and perhaps most importantly, a lot of salivation. Flavor is full, body is medium-full and strength is close to full. Construction is excellent so long as you don’t attempt to get the ash to hold soon for two inches like I do on one sample. If you do that, be prepared to clean up your lap once the ash falls.

While that exact hot fudge sundae flavor from the pre-light ritual isn’t going to emerge as a singular flavor, it seems as if the Juárez is going to try to provide it in various stages. The second third of the cigar turns to a mixture of burnt coffee, a lot of that distinct peanut flavor and some earthiness. Retrohales are equally as flavorful as they are bizarre: dijon mustard, floral, a bit of onion powder and some crushed peanuts. Fortunately, not all of those flavors appear at once, but they all seem to appear at some point during the second third of each cigar. Continuing down this odd flavor trend is the finish which has earthiness, toastiness and then something that reminds me of an onion bagel. Flavor remains full while body and strength each tick down a bit, though still medium-full. At times, the final third of the Juárez is not great. Keeping with the same puff rate as before, the cigar turns harsher with toastiness and earthiness. I end up slowing down and that allows a mixture of creaminess and macadamia nut to replace the harshness. Retrohales produce peppermint at times, but the nuttiness overwhelms most of them. For the first time in the cigar—and regardless of how quickly I choose to puff—the Juárez needs touch-ups to keep the cigar going. Flavor and body are now medium-full, while strength is now solidly full. The prototypical synopsis of this cigar would be: good cigar, great cigar for the money, but we don’t factor price into scores. I suppose all of those things are accurate, but I think the Juárez might be a bit more than that. It’s not as good as my two favorite Crowned Heads releases, but it’s certainly around the top five. The flavor profile is bizarre, but it’s not bad and I think it could hold up to some interesting pairings, particularly if you wanted to get a bit more adventurous and pair cigars with food. As someone that has smoked a variety of Thompson exclusives over the years, I can say this is one of the better ones.