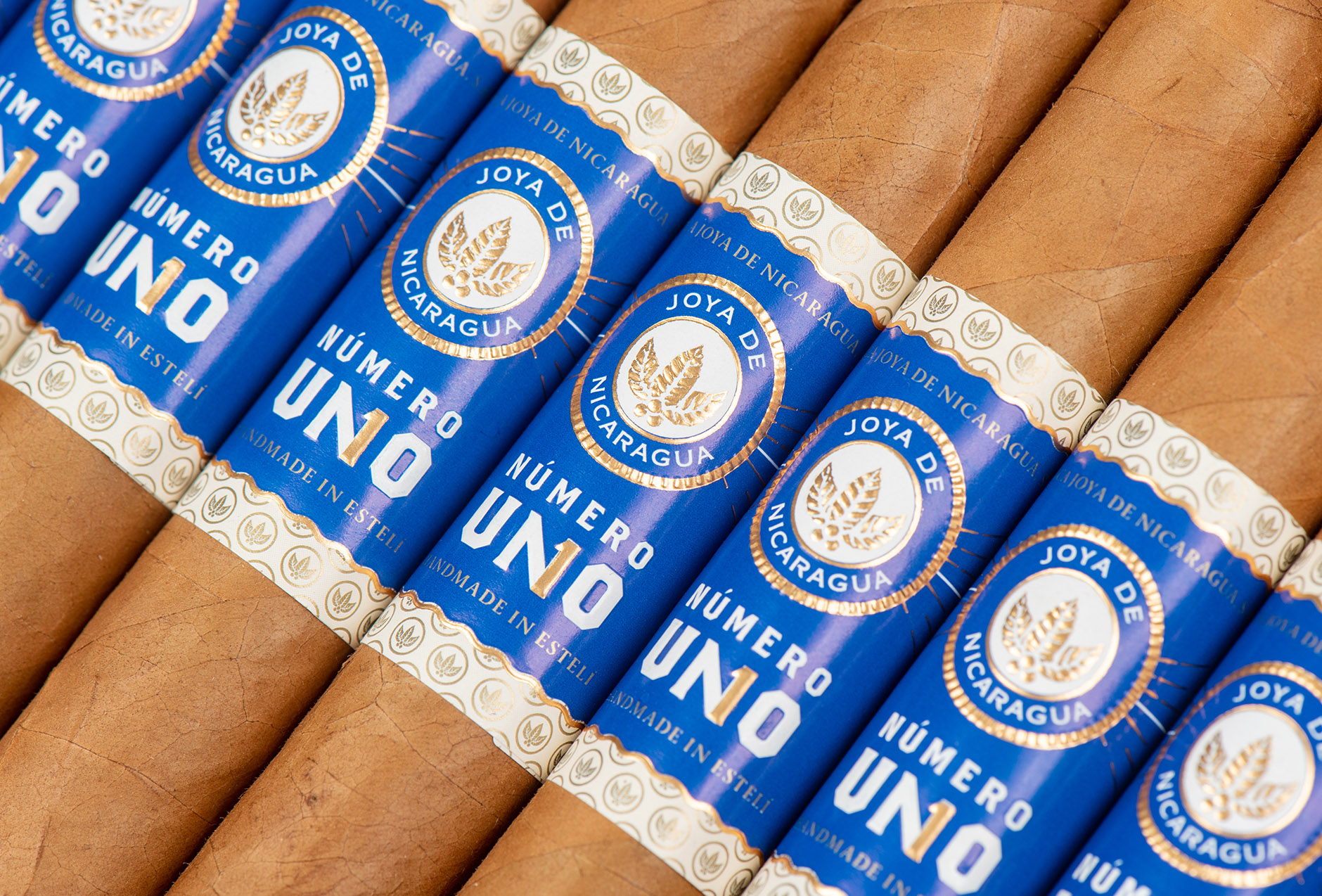 Cigar smokers will soon get to experience a cigar that had originally been reserved primarily for world leaders and that had been handed out as gifts by Nicaraguan ambassadors, as Joya de Nicaragua has announced that it will be releasing the Número Uno to retail later this year. The cigar uses an Ecuadorian Connecticut wrapper over a Nicaraguan binder and filler, and it only available in one size, dubbed L’Ambassadeur, a 6 5/8 x 44 lonsdale with a small fantail cap.

“Numero Uno was developed as a unique gift and later an event-exclusive cigar, and although it wasn’t the original intention, we decided to make Número Uno available to a bigger audience,” said Dr. Alejandro Martínez Cuenca, Joya de Nicaragua’s owner, in a press release.

The cigar began reaching American consumers on a very limited basis in 2018 as an event-only release, but would come to prominence after winning halfwheel‘s Top Cigar of 2018 award after scoring 94 points in June 2018. The Número Uno will debut with an updated band and packaging at the 2019 IPCPR Convention & Trade Show, which begins June 29, and will get a worldwide launch at the 2019 InterTabac trade fair in Dortmund, Germany in September. The company is scheduled to begin shipping the cigars early in fall 2019.

In the U.S., the cigar will retail for $15 and will be offered in 25-count boxes, available only through Drew Diplomat Retail Program brick-and-mortar retailers. Production is being limited to just 1,500 boxes per year, made by a select group of skilled rollers.

It is part of a new collection called Obras Maestras, a designation the company is bestowing upon its ultra-premium family of cigars. That group includes Cuatro Cinco and Cinco Décadas.