As you have likely heard by now, Joya de Nicaragua is celebrating its 50th anniversary this year, and like any good cigar company would do, the company is releasing some new cigars in celebration.

One of the first to get released isn’t for sale however. The event-only Joya de Nicaragua No.1 is the same as one the company makes for ambassadors of the country to use in their work, though it does not bear the same band. This comes with the Joya de Nicaragua logo in a new blue, white and gold combination, which comes from the colors of the country’s flag, while the ambassadors’ version features the country’s coat of arms.

It uses what is, on paper, the same blend as the company’s Clasico line: an Ecuadorian Connecticut wrapper over a Nicaraguan binder and Nicaraguan fillers, which gets rolled into a 6 5/8 x 44 lonsdale vitola, complete with a fantail cap. It is available exclusively in the U.S. at Drew Diplomat events between now and the end of July. 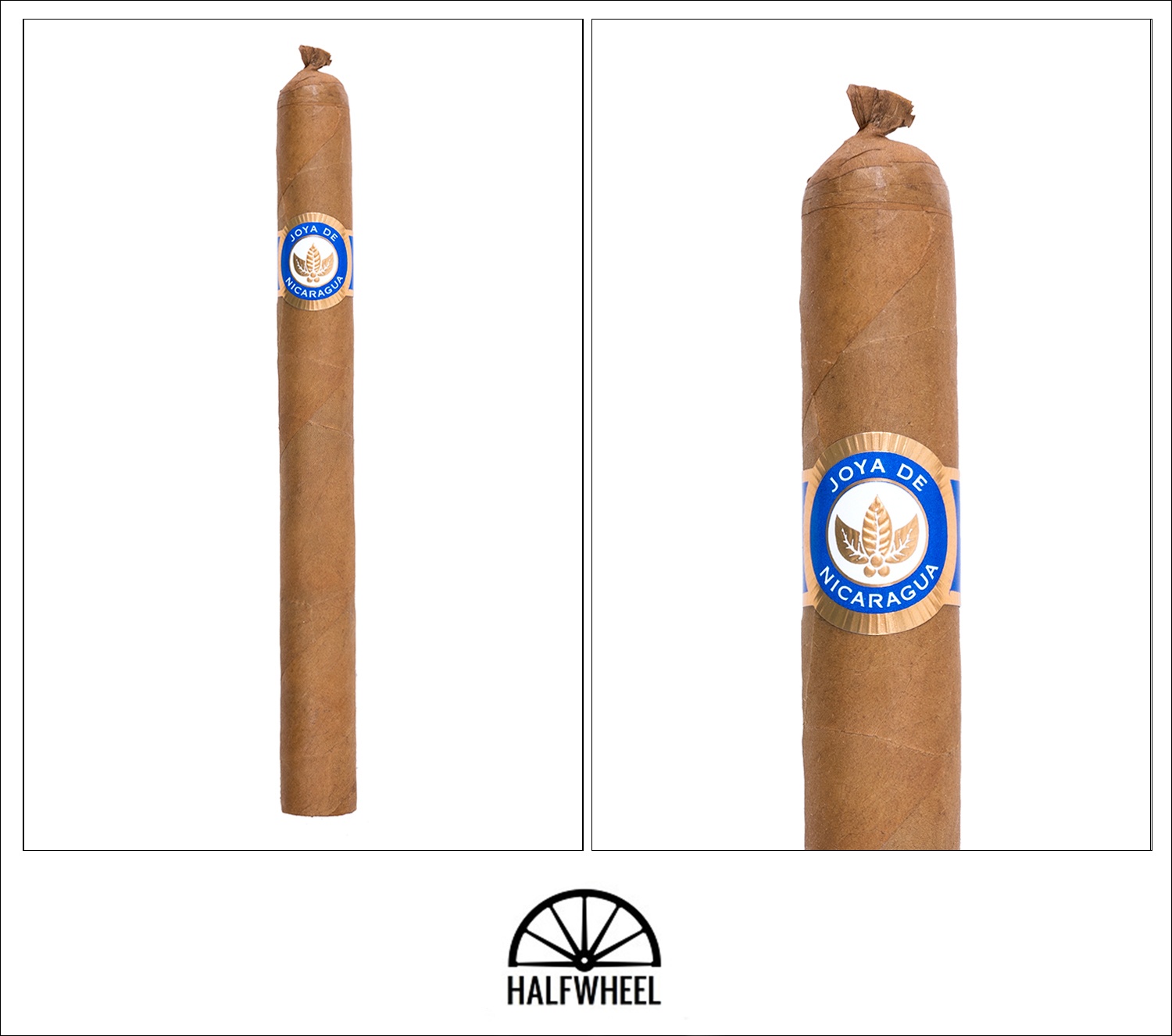 This is certainly a different looking Joya de Nicaragua, and while I’m hesitant to speak in superlatives or absolutes, it is one of the most beautiful and classy presentations I have seen from the company. There is no overlooking the blue and gold band, which is regal in appearance, but the cigar itself is an elegant lonsdale with a fantail cap that gets a bit lost when in the cellophane but stands out once that has been removed. While there isn’t much sheen to the wrapper, it does have a slightly oily feel to it, along with a network of very small veins that are imperceptible to the fingers. The cigar is rolled firmly but has a bit of give, part of which seems to be picked up from how soft the top leaf is. The foot is fairly shy with aromas, offering some popcorn kernels and cream but little else. The cold draw is smooth and easy, with flavors a bit more towards cereal grains and light woods. I could also make the case for plain popcorn in one sample, while the other two have just the slightest bit of pepper.

The opening puffs of the Joya de Nicaragua No.1 seem to have gotten the message about being elegant. It’s both medium body and strength at best, with a bit of creaminess, generally light pepper, and minimal oomph, for lack of a better word. While I’m not quite ready to say the cigar is brimming with complexity, it does have more than its fair share, with balance in spades in the early going. The variance among the samples is found when comparing creaminess, the prevalence of wood in the profile, and how intense the pepper is, both on the tongue and through the nose, and that last point has the most Goldilocks-esque problem. I will say that while I like pepper and spice, and Joya de Nicaragua is known for delivering it, I found the sample with the least to be the most enjoyable and helpful to the blend. At its most prevalent, it turns what could be a smooth, elegant smoke into a rougher, rockier experience that grates the back of the throat instead of coating the tongue. The draw in the first third is near ideal, with only minimal effort needed to get some good smoke production. 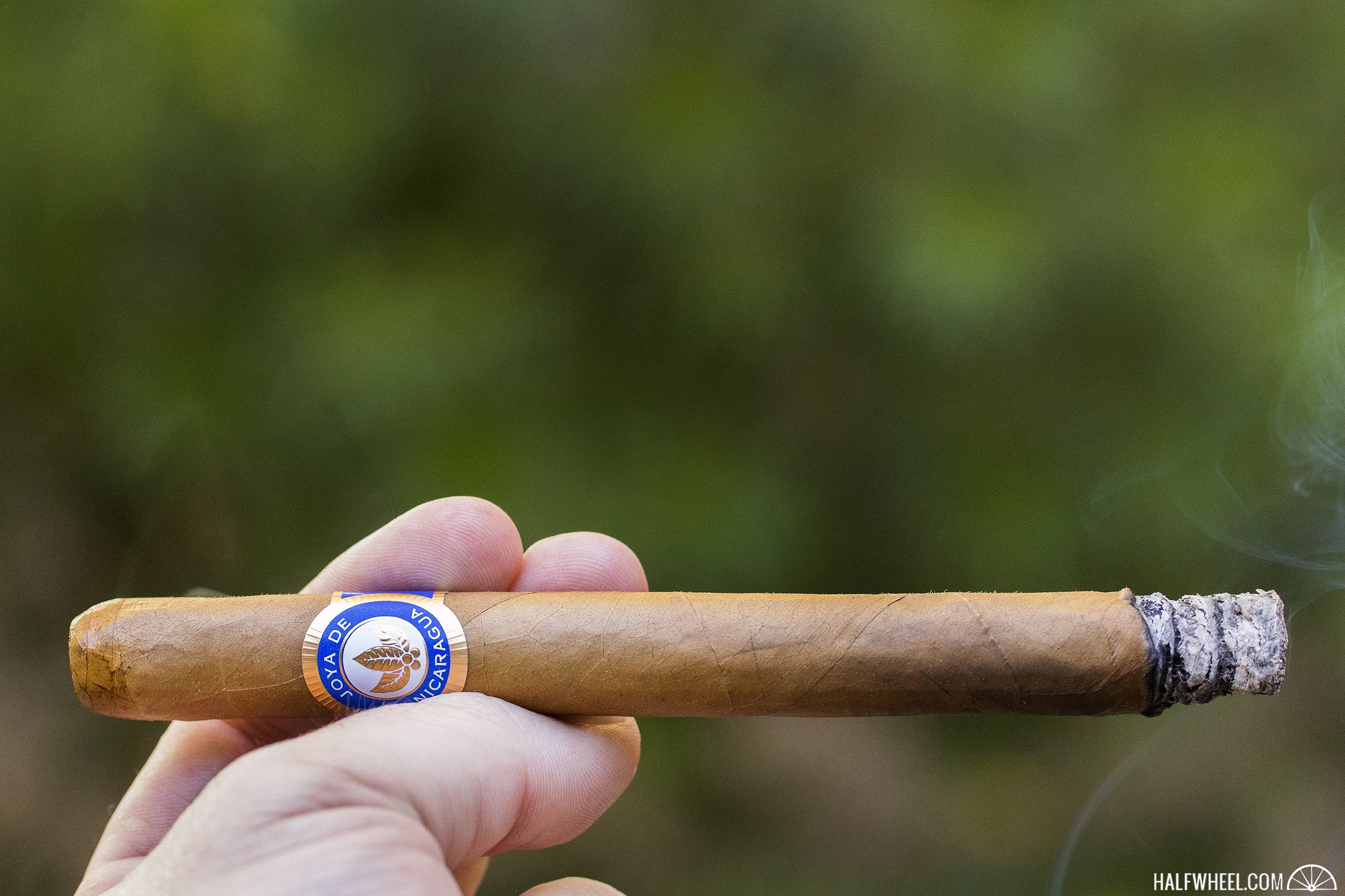 There’s a bit more pepper to be found on the palate at the start of the Joya de Nicaragua No.1’s second third, but it generally seems incredibly mindful not to overstep and upset the balance of the cigar. It’s also more prevalent in the nose, though the uptick seems to be more gradual. In the sample that had the most prevalent amount in the first third, it dials back to get in line with the others, and the result is nothing short of impressive; flavors of warm graham cracker and slightly charred woods hit a flavor chord that plays extremely well with the pepper, with its only fault is that it is all too brief. The pepper in that one sample quickly reasserts itself through the nose, commanding instead of complementing the profile, which while more vibrant, costs the cigar the refinement that has pushed it into the upper echelon of cigars I’ve smoked recently. The tail end of the second third brings in more of the warm graham cracker note, while bringing the pepper up another tick in the nose. 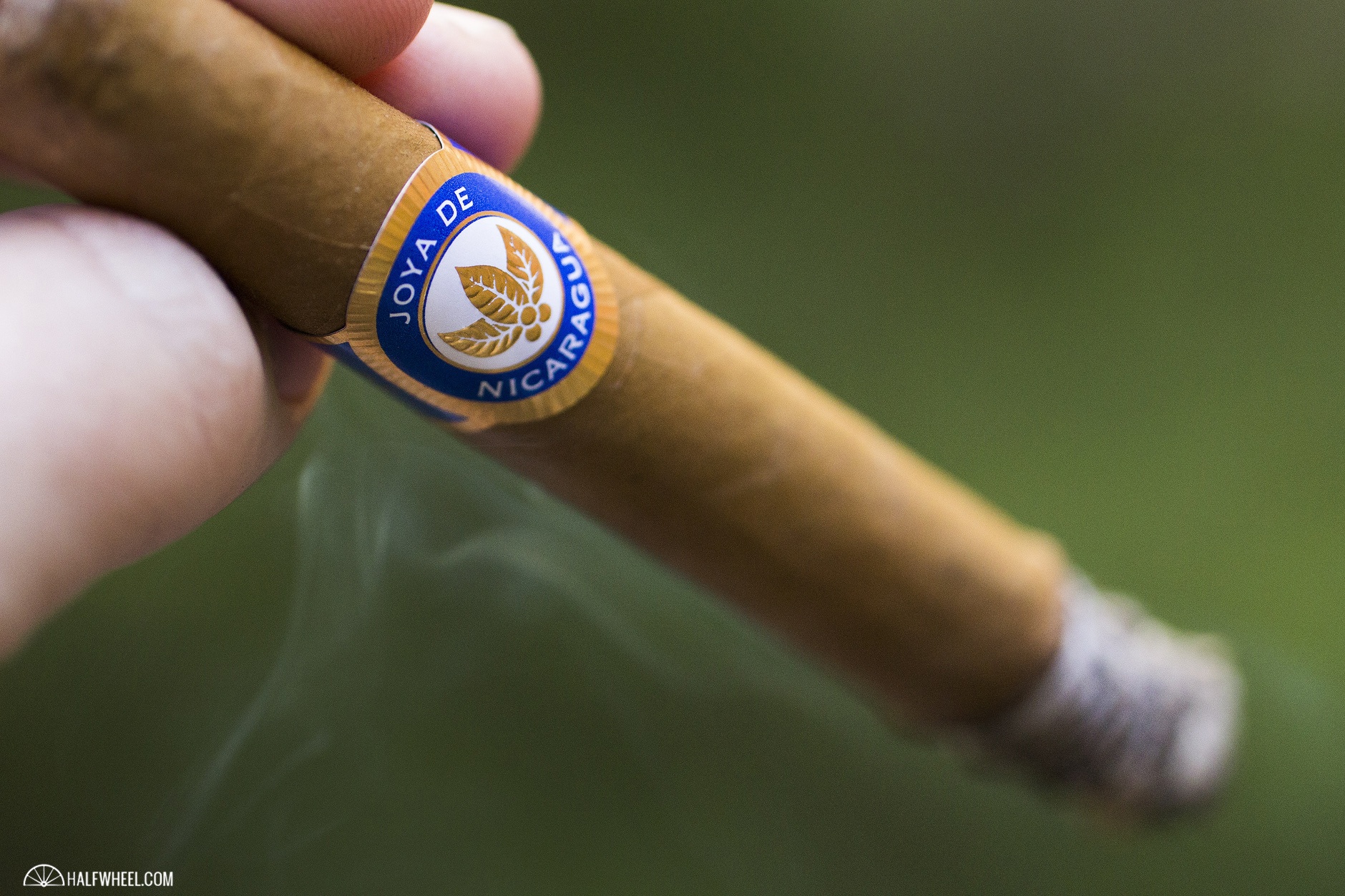 The final third of the Joya de Nicaragua No.1 doesn’t begin with much in the way of changes, as the flavor profile has generally stayed pretty linear that each sample established, minus the variation in how much pepper is present on any given puff. The second cigar seemed particularly linear, hardly ever wavering from its starting point, and not showing the more detailed changes of the first sample, while the third was the most intense and much more commanding of attention given its higher amplification of flavors. While the intensity in each of the three cigars have varied, the general profile remains well above average, with the draw and burn both near perfect all the way down to the final, finger-burning puffs. I’d still take the mellowest of the three as my go-to, but any would make for a fine smoke. 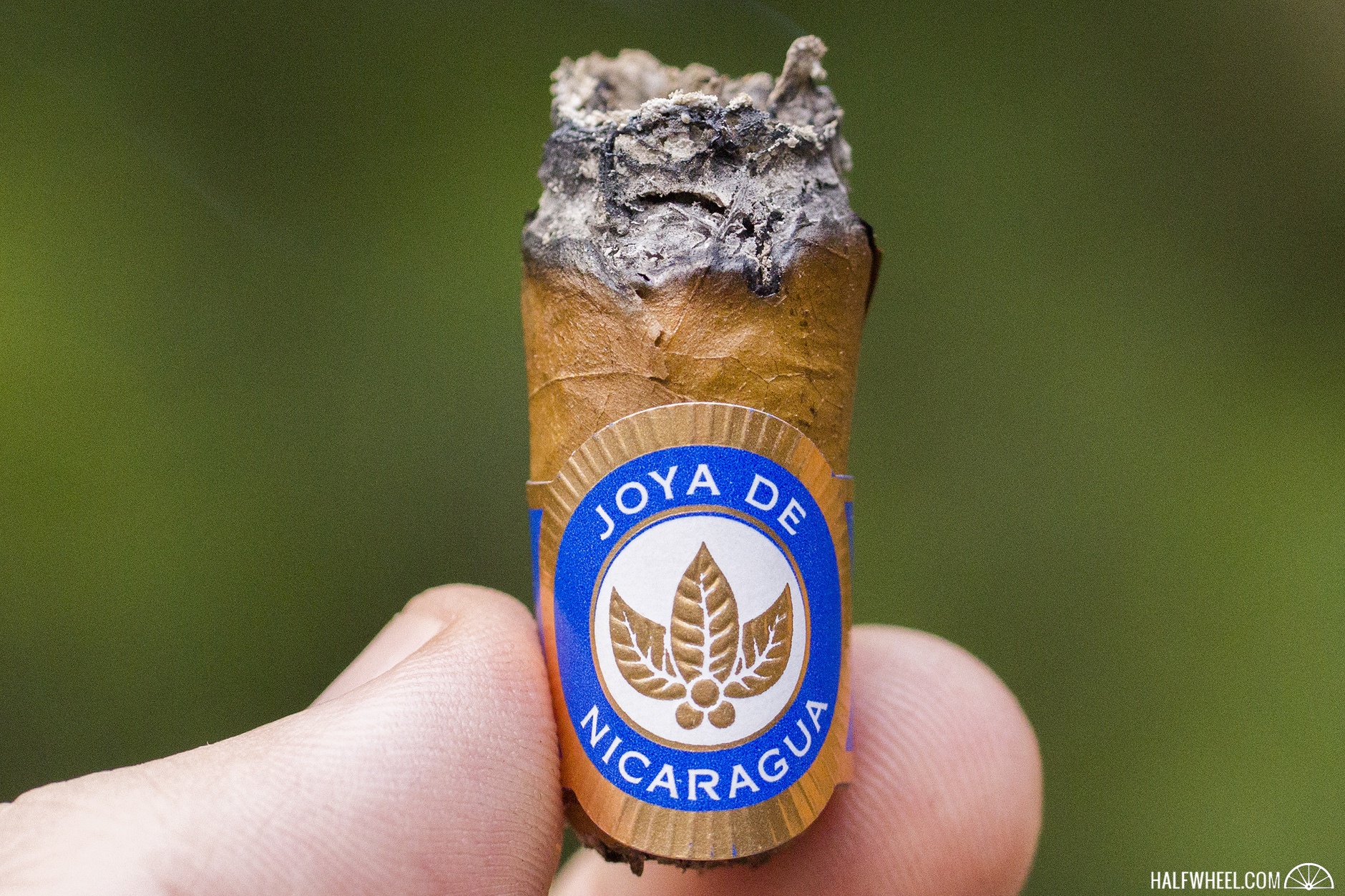 After smoking the first cigar, I had started to consider just how many superlatives I'd be able to heap on this cigar without going overboard. The other two samples brought it back from the stratosphere but kept it head and shoulders above the majority of cigars I have smoked in recent memory. At its best, the Joya de Nicaragua No.1 is refined, complex and elegant; at its relative worst, pepper throws it a bit out of balance but shows a staple of what Joya de Nicaragua is most known. If I knew I could consistently get the first cigar I smoked, I'd be at every Drew Diplomat I could find to stock up on these. Even with the variance I experienced among these three samples, I'd still be at the next event to grab some more as it is not just one of the best Joya de Nicaragua releases I've smoked, but one of the better cigars I've enjoyed from any manufacturer.