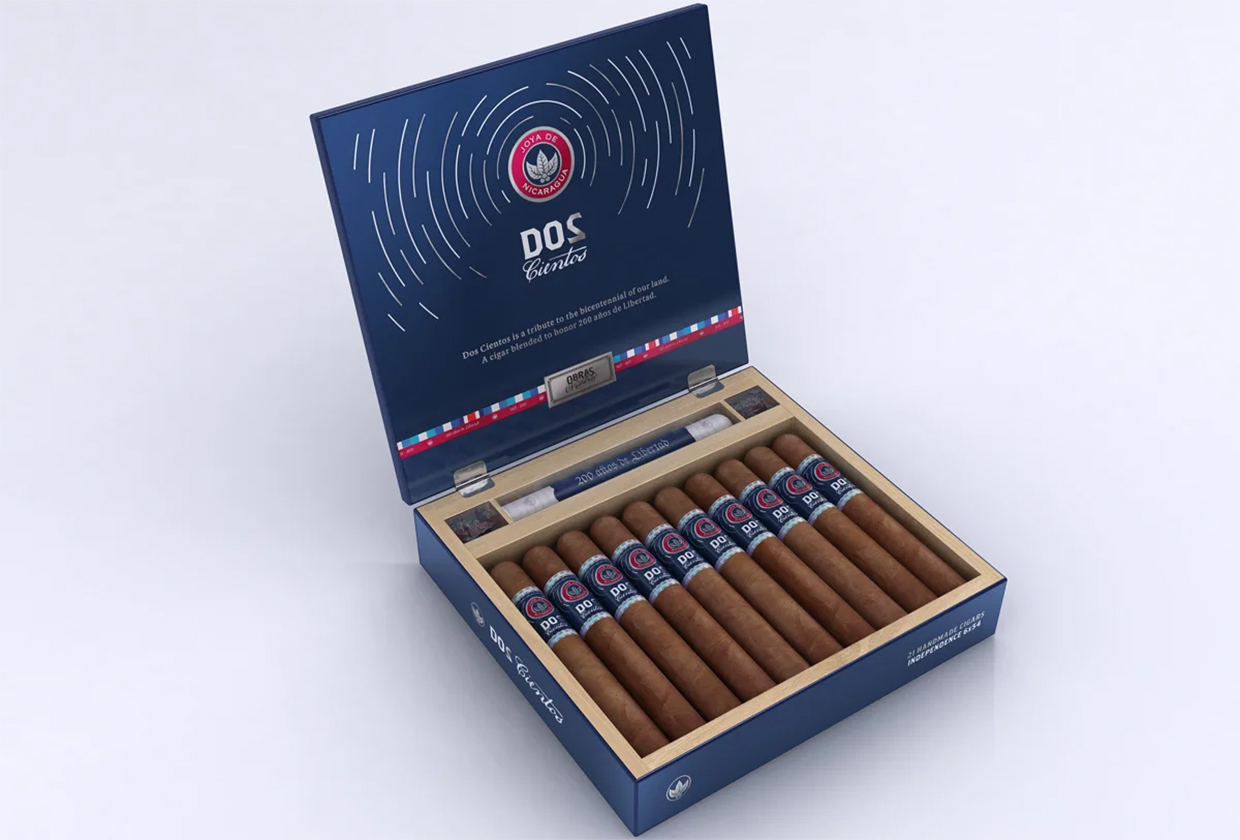 After a delay of nearly two months, the Joya de Nicaragua Dos Cientos is ready to make its way to retailers.

The cigar celebrates the 200th anniversary of Central American independence from the Spanish empire, and as such uses a blend of tobaccos from throughout the region, including leaves from Ecuador, Honduras, Mexico and Nicaragua to create a profile that the company describes as being both medium-bodied and complex. It is being offered in a single 6 x 54 gran toro vitola, with production limited to 3,000 boxes of 21 cigars, 2,000 of those boxes will be sold in the U.S. while the remaining 1,000 are for international markets. The MSRP has not been announced.

“For us there is always a link between the past and the present,” said Juan Ignacio Martinez, via a press release. “We are who we are today because of the decisions that were made hundreds of years ago. Dos Cientos pays tribute to those 200 years and who we are today as the leading cigar producing country and region in the world.”

Ignacio Martinez said that the cigar will be released just one time.

One of those cigars comes wrapped in paper, a designation that indicated it was intended to be smoked during a special virtual celebration on Central American Independence Day, on Sept. 15, 2021. Since that date has passed, the company will be hosting an online event on Nov. 18.