At the 2017 IPCPR Convention & Trade Show, a new brand named Jeremy Jack Cigars debuted five different lines, all of which are the brainchild of Brady Hayek, who also owns Tobacco Row in Jackson, Wyo. as well as Napa, Calif.-based Napa Cigars.

One of those five new lines is a one vitola cigar named Libelula—which is Spanish for dragonfly—a 5 1/4 x 54 robusto extra that incorporates a Mexican San Andrés maduro wrapper covering Nicaraguan tobaccos used in both the binder and filler. Packaged in boxes of 25, each cigar carries an MSRP of $8.30 and is being produced at Tabacos Valle de Jalapa S.A. in Estelí, Nicaragua. All five of the new cigars are regular production lines that started shipping to retailers this month. Visually, the Jeremy Jack Libelula is covered in a dark and mottled espresso brown wrapper with a very distinctive silver band and dragonfly logo, sans any writing. The cigar is slightly more firm when squeezed than I expected when looking at it and the wrapper has a parchment like roughness to it when touched. Aroma from the wrapper is a combination of strong barnyard, sweet bourbon, oak and hay, while the cold draw brings notes of sweet oak, hay, almonds, dark chocolate and leather.

Starting out, the first third of the Jeremy Jack Libelula features a strong gritty earth note as the dominant flavor, with other notes of aged oak, sweet grass, leather and almonds in various amounts. There is a very nice bourbon sweetness on the retrohale, but it is essentially drowned out by the amount of black pepper that is present, a note that overwhelms the rest of the flavors in the profile. In addition, I pick up some very overt spice on my tongue that does not seem to be going away anytime soon. Construction-wise, the draw is excellent after a straight cut, and while the burn is not even close to razor sharp, I don’t need to touch it up just yet. Smoke production is quite high off of the foot and the strength is fairly mild so far, barely hitting the midpoint between mild and medium by the end of the first third. The black pepper on both the finish and retrohale is still close to overwhelming during most of the second third of the Jeremy Jack Libelula, but seems to fall off of a cliff right at the end of the second third, allowing more of the bourbon sweetness to make itself known. This also allows be to taste a multitude of new flavors, including a strong espresso, creamy oak, barbecue, almonds and a touch of floral. While the spice from the first third is not totally gone, it does not seem like it is going to stick around much longer. The draw is still excellent, but the burn has started to get out of control, forcing me to touch it up a couple of times. Interestingly, while the black pepper has waned, the strength has increased, and hits a strong medium by the time the second third comes to an end. 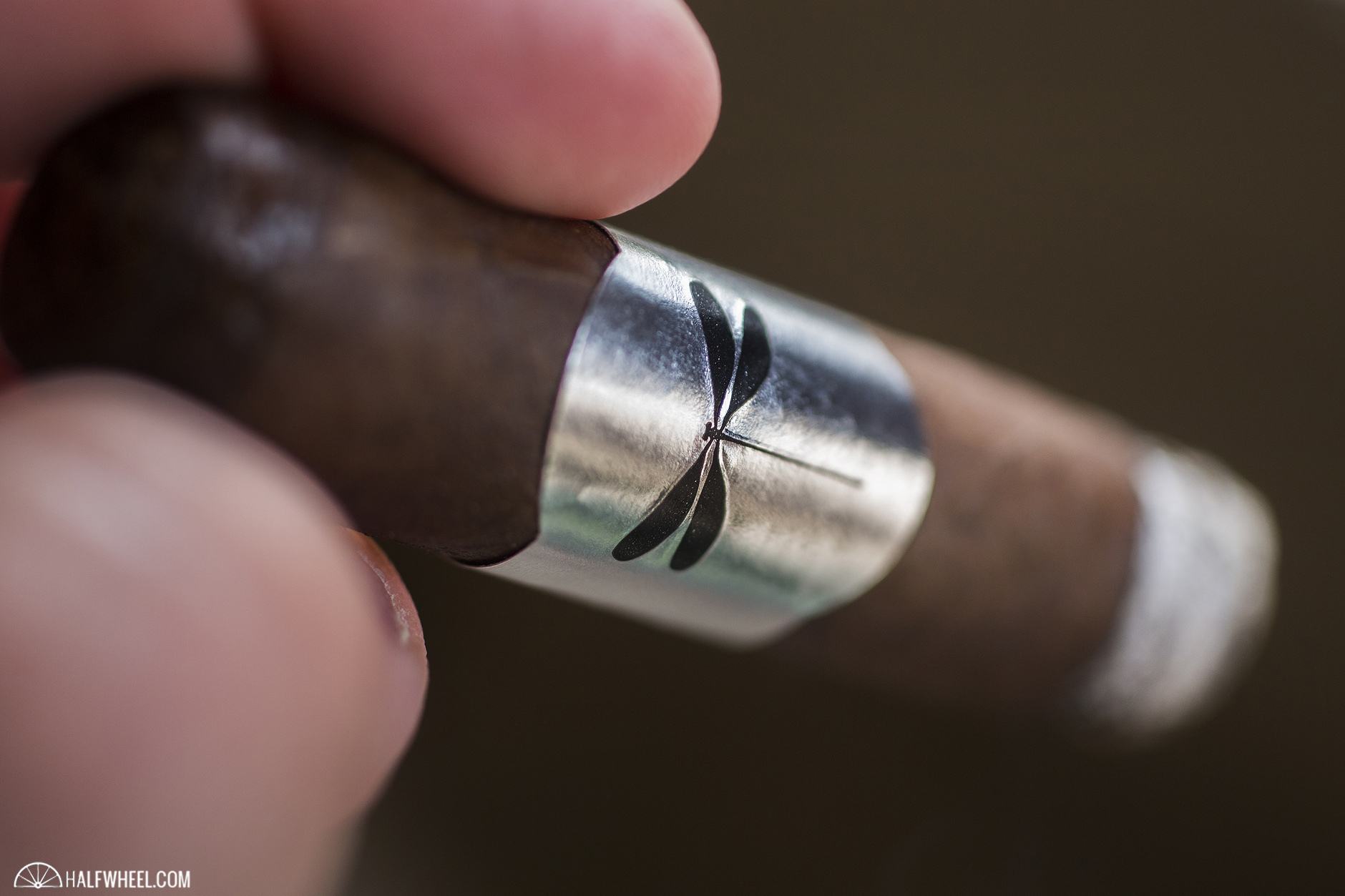 As expected, the spice that was so obvious in the first two thirds has completely disappeared by the start of the final third of the Jeremy Jack Libelula, as has the black pepper on both the finish and retrohale. The bourbon sweetness is now a major player in the profile, sharing the dominant spot with a dark and bitter espresso bean note, while other flavors of barbecue, barnyard, leather, dark cocoa nibs, tobacco and oak flit in and out as well. In terms of construction, the draw is as good as ever, but the burn is bad enough that I am forced to touch it up again, and the smoke production remains at a very high level. Strength-wise, the Libelula finally hits a stopping point after reaching the full mark, and the nub is still cool to the touch when I put it down with less than an inch left. I am always interested to trying new brands, and I really loved some of the names and packaging that Jeremy Jack Cigars put out at the IPCPR Convention & Trade Show this year. However, while the Libelula features a great name and logo, the actual blend does leave a bit to be desired. Where there is some sweetness noticeable in the blend—manifesting mostly as a sweet bourbon and oak combination—it is mostly overwhelmed by the black pepper and spice that is omnipresent during the first half. Thankfully, the second half features quite a bit less of both notes, and as a result, the profile is more complex, more balanced and significantly more enjoyable. There is something to be said for having a cigar that changes profiles so drastically between the first and second halves, but there is no doubt which half I enjoyed more.