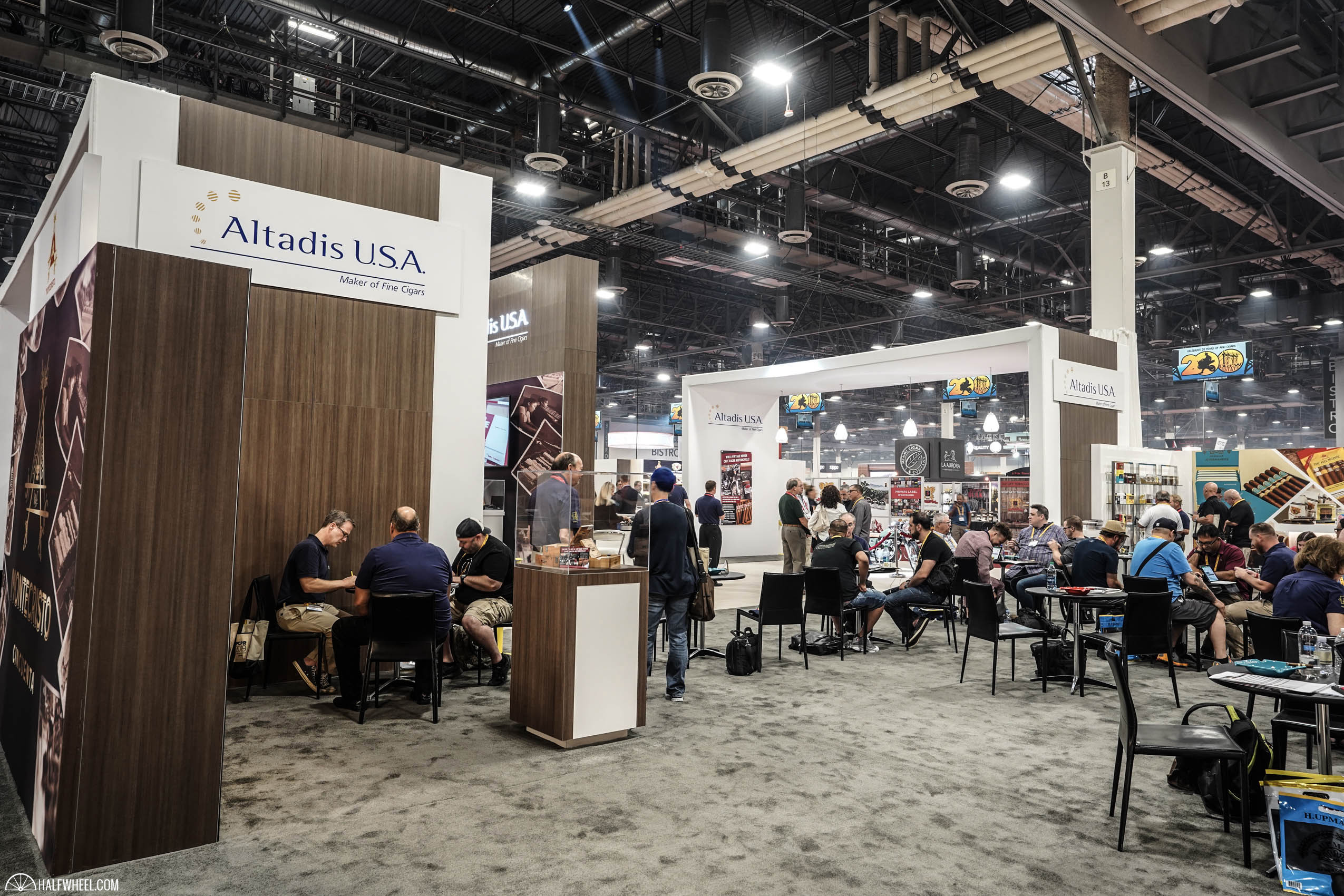 As one would expect from one of the biggest premium cigar makers, the Altadis U.S.A. booth is one of the biggest on the show floor, positioned towards the front of the hall as were most of the largest booths. Inside, it felt a bit more spacious than in years past, though that might just be my mind playing tricks on me. The company’s major brands all receive their own dedicated section that feature the newest releases, which in this case put the spotlight on H. Upmann, Montecristo and Trinidad primarily, with Henry Clay also getting a good amount of attention though the War Hawk came out back in March, including a Henry Clay-themed 1972 Honda CB450 Café Racer motorcycle that the company restored and would raffle off to a lucky retailer.

Of course, amidst all the new cigars was a bit of chatter about the fact that Imperial Brands, plc had announced plans to exit the cigar business, which means that Altadis U.S.A., Tabacalera USA, JR Cigar, Casa de Montecristo and its share of Habanos S.A. are all up for sale, though it didn’t seem to color the conversations too significantly. It will be something to keep an eye on going forward, as well as who replaces Rob Norris, who announced that he was leaving as general manager of the company just days after the trade show concluded. 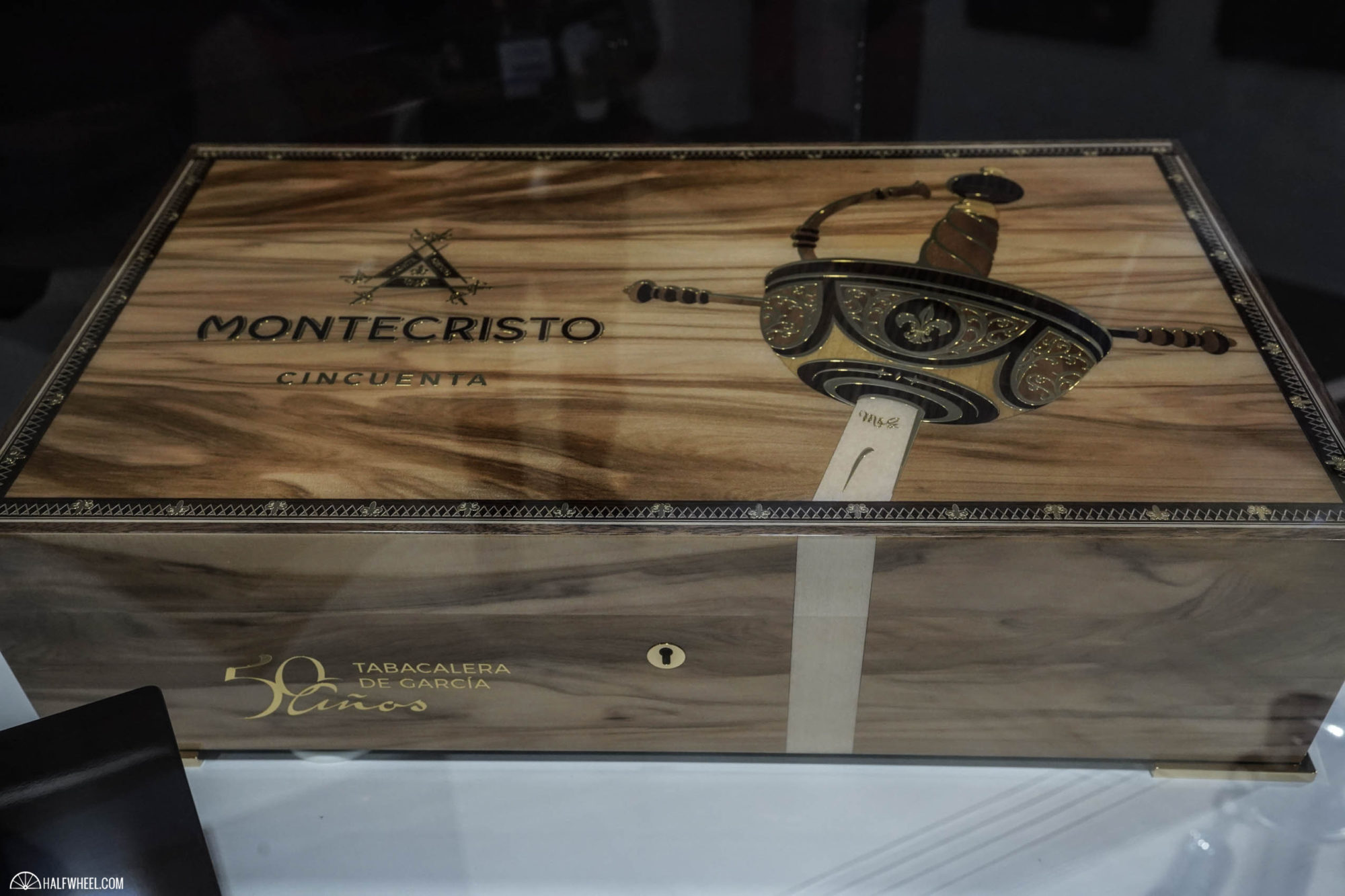 While it bears the Montecristo name, the cigar commemorates the 50th anniversary of Tabacalera de García, the home of the Montecristo brand and the largest premium cigar factory in the world. It is being released in two sizes and two packaging formats, both using a good amount of gold as would befit a golden anniversary. 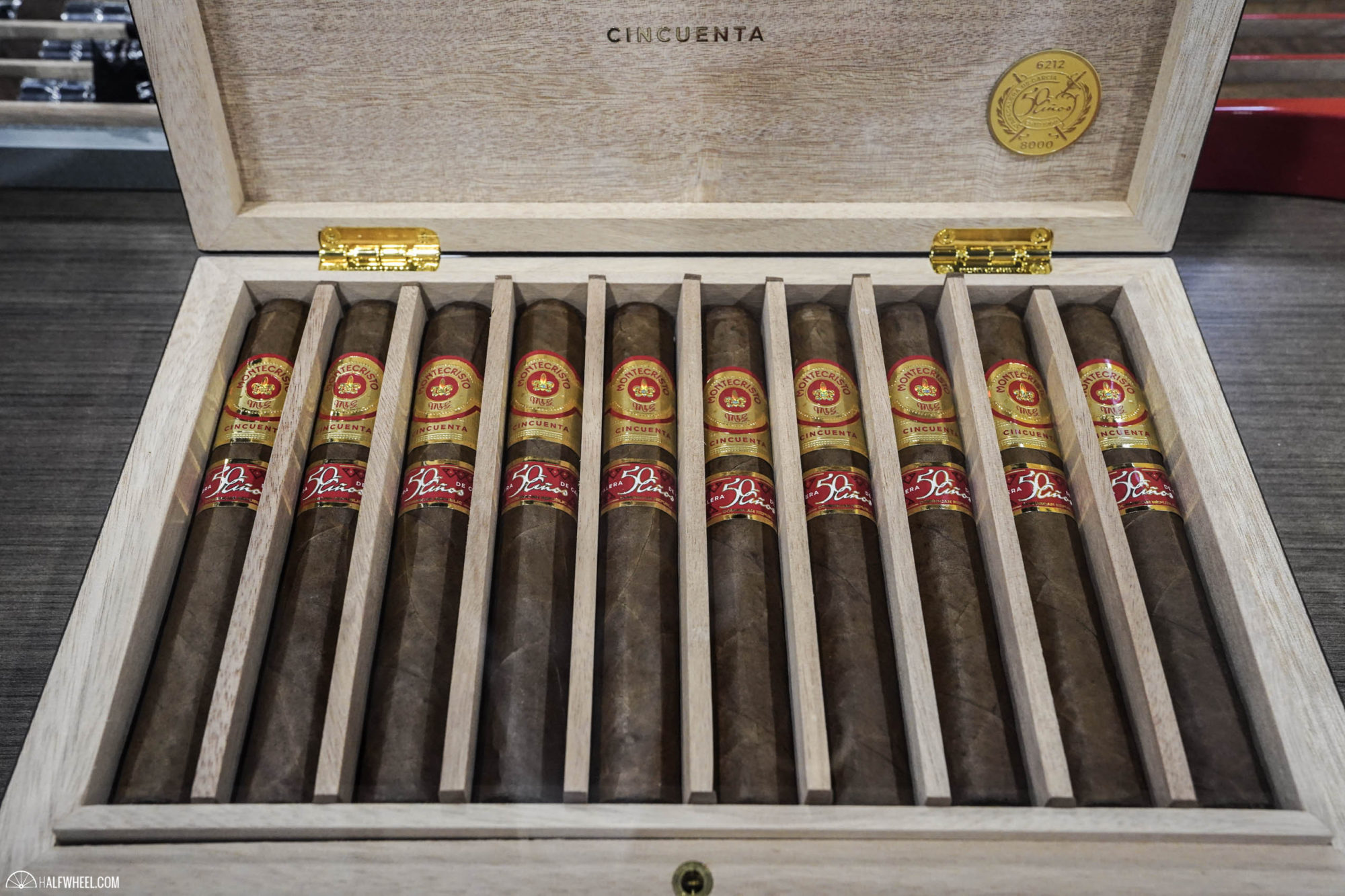 The 10-count format gets a toro vitola, while the humidor contains the iconic No. 2 vitola, the latter of which were completely handmade by Lucrecia Valdez, who is known as the “Queen of Tabacalera de García” due to her 40 year of service. She is now the master roller head supervisor, overseeing the work of every employee on the rolling floor. 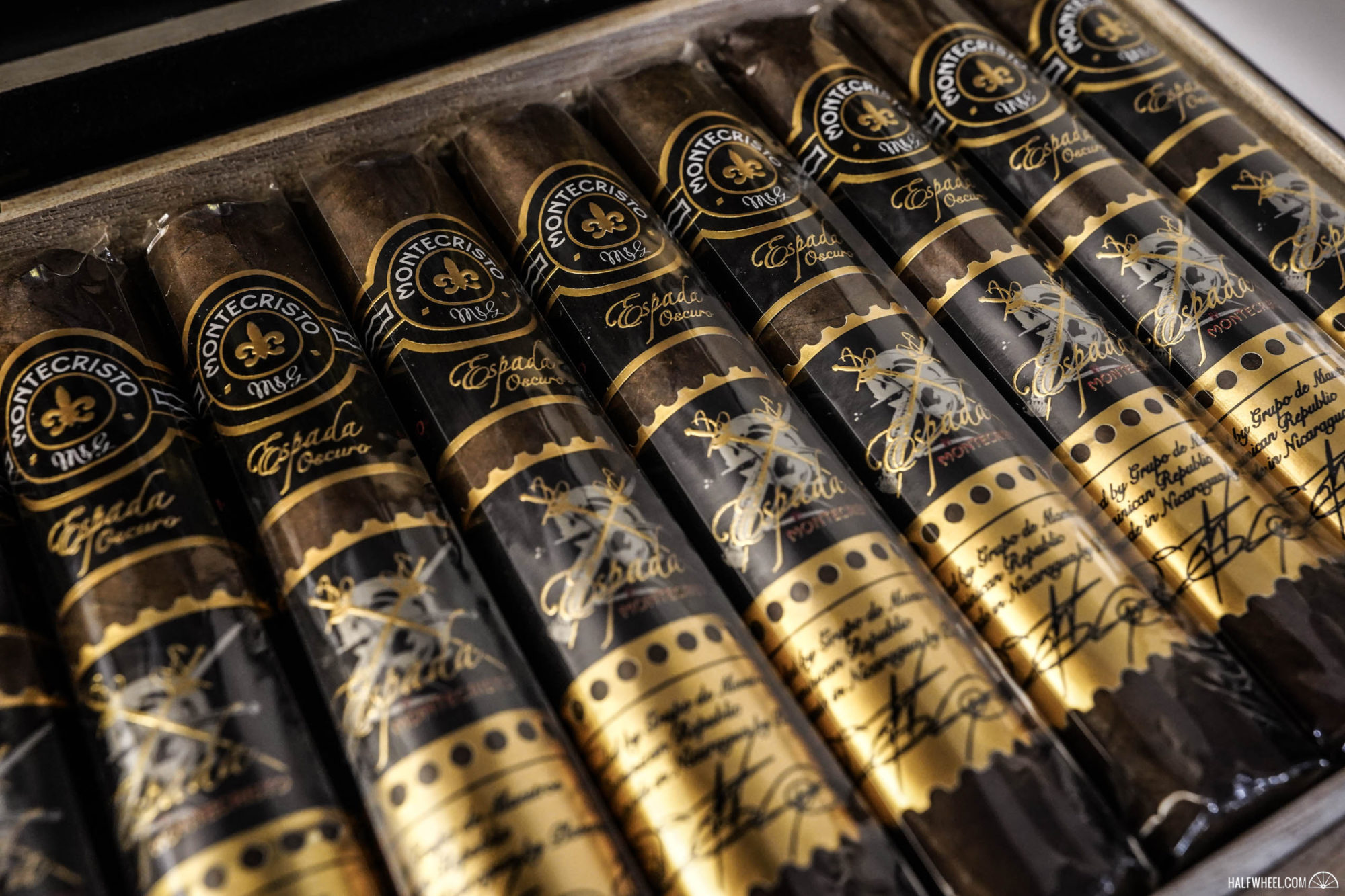 The Montecristo Espada line gets its third blend, a Nicaraguan puro with a rather dark wrapper and produced at the Plasencia Cigars S.A. factory in Estelí, Nicaragua. 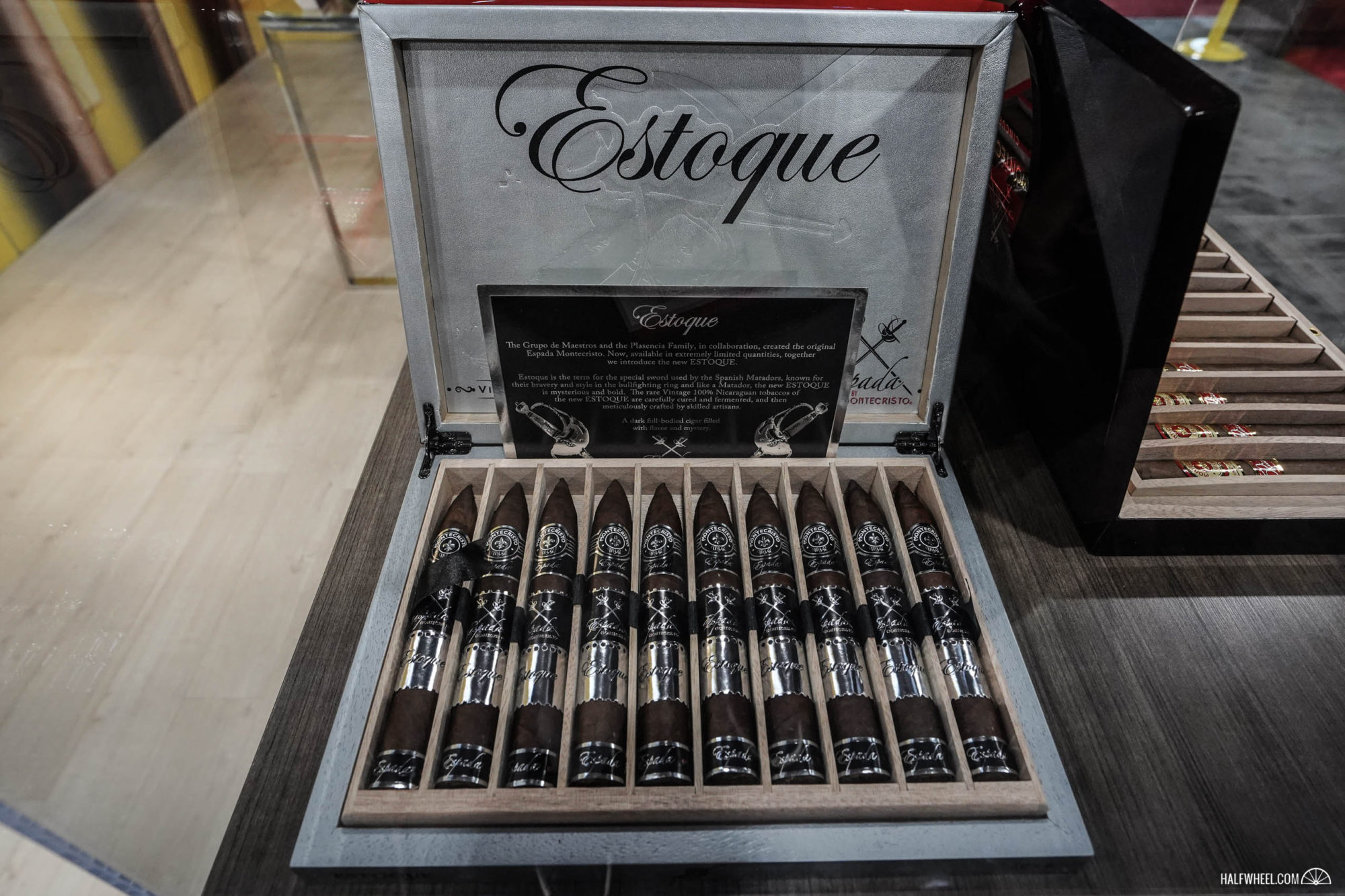 Speaking of the Espada line, the Estoque is getting new packaging for its third season release in September to help bring the three lines into more visual unity and consistency. It’s still a Nicaraguan puro that comes in the 6 x 50 No. 2 vitola, priced at $15. 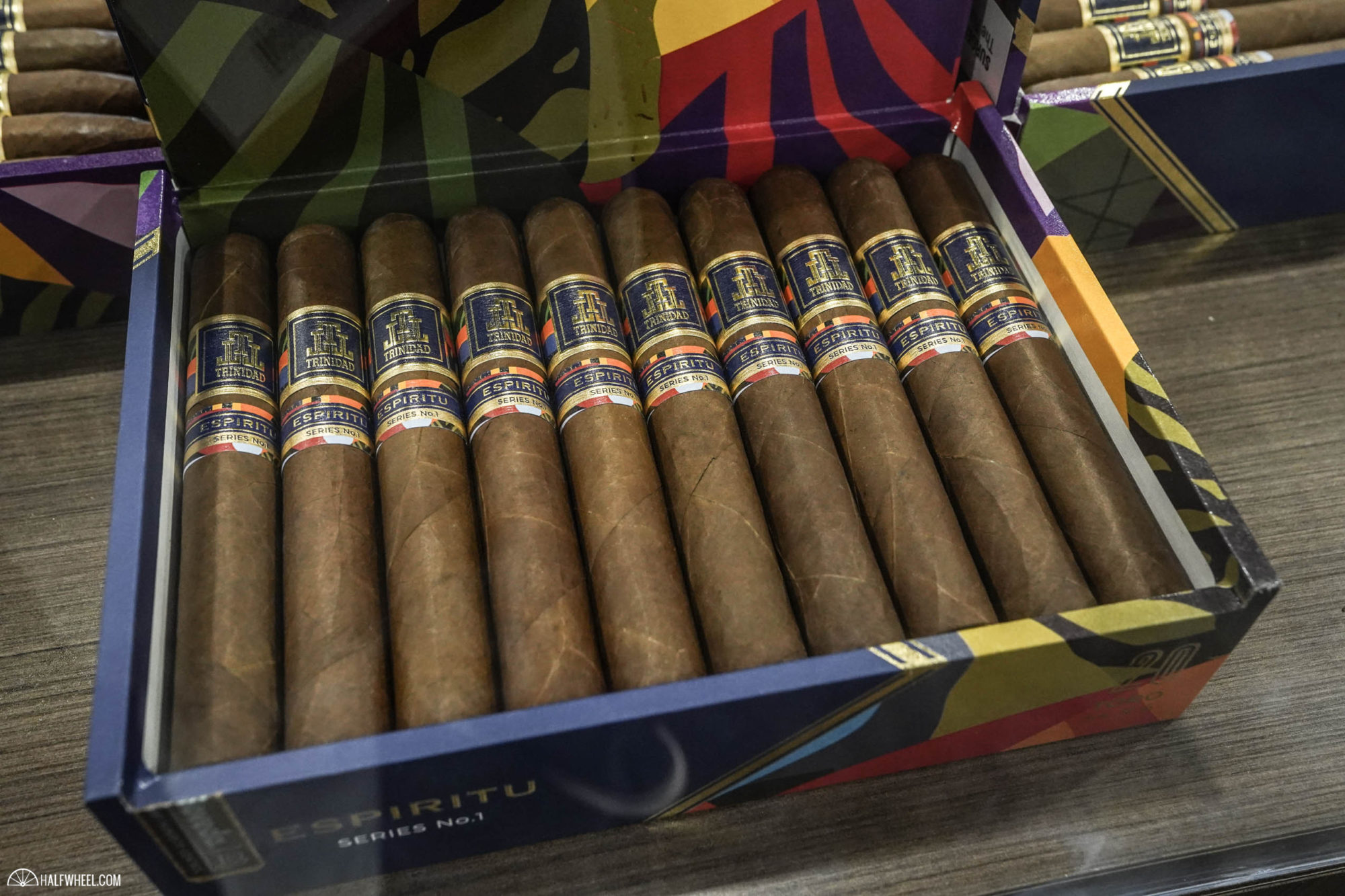 While smoking a cigar is an experience, the Trinidad Espiritu is being released as a cigar designed to come with a full experience. To make that happen, the company has partnered with Bacardi’s Havana Club rum brand to create cocktail pairings, as well as crafting a Spotify playlist and other goodies to create a true Caribbean experience. The cigar was made in collaboration with A.J. Fernández, the first time he has crafted a cigar for the brand. A series of events is in the works as well to bring all aspects of a night in Cuba to consumers, combining the cigar with cocktails and music. It’s also worth noting that the cigars are indicated as Series No. 1, with two more in the works for future release. 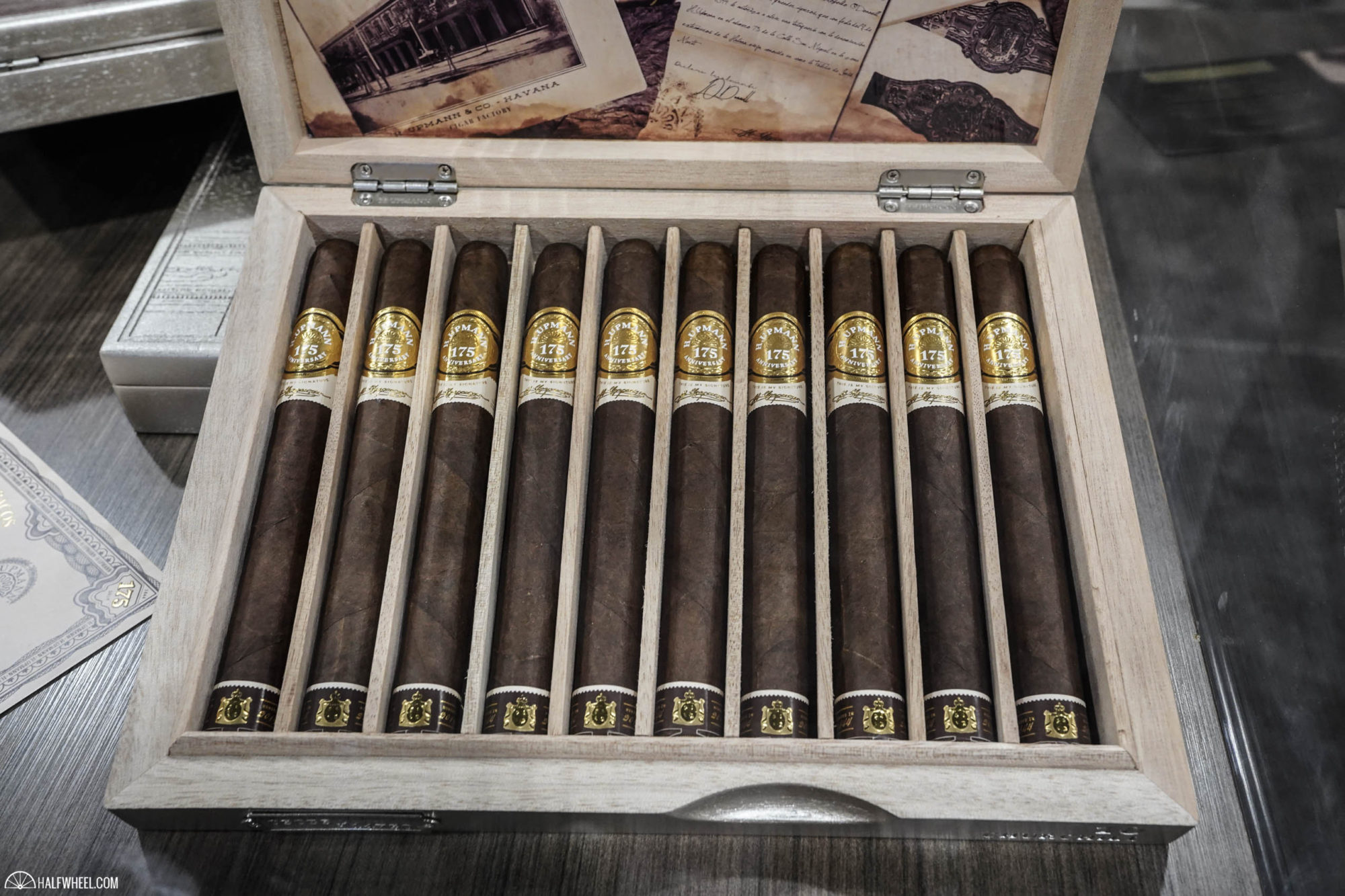 In 1844, Hermann Dietrich Upmann, a German banker who had gone to Cuba the year before, decided to get into the cigar business. Having established a bank, he proceeded to purchase a cigar factory, and his brand is credited with being the first to use labeled cigar boxes. This year marks 175 years of H. Upmann cigars, and as such is getting a rather special release that is made by A.J. Fernandez and features a three-year-aged medio tiempo wrapper that undergoes a unique fermentation process where it is sandwiched between broadleaf tobaccos. Only the broadleaf receives water during the fermentation process, which slows down the process and results in a unique taste and elasticity from the leaves being used for the wrapper. 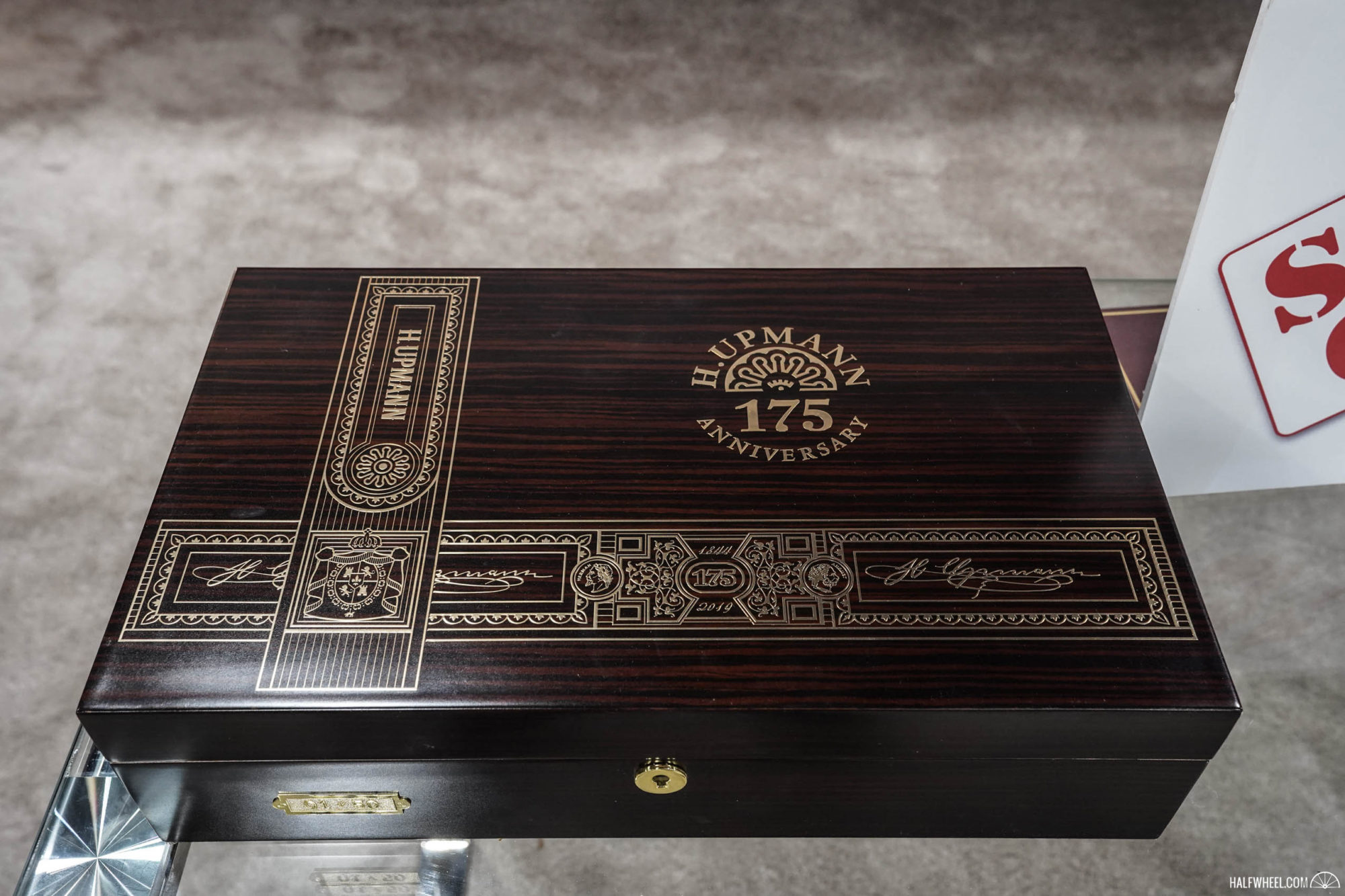 It is getting two release formats, a 10-count box or a 50-count humidor, of which just 50 are being produced and which come with slots for Boveda humidification packets as well as Boveda Butler humidity sensor in the lid. 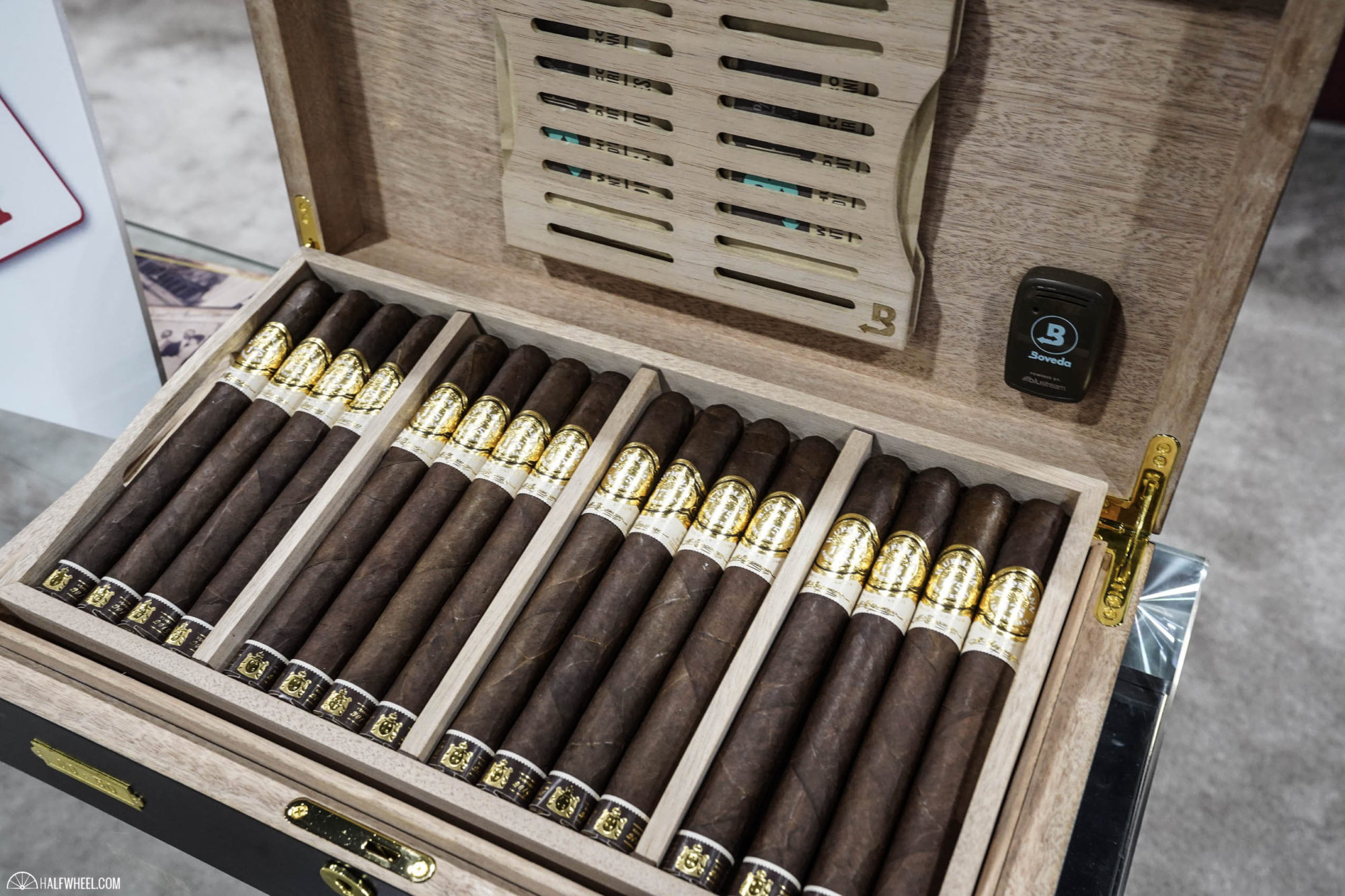 Also of note, the company is giving a nod to Upmann’s banking roots with an embossed coin being included in each of the 10-count boxes. 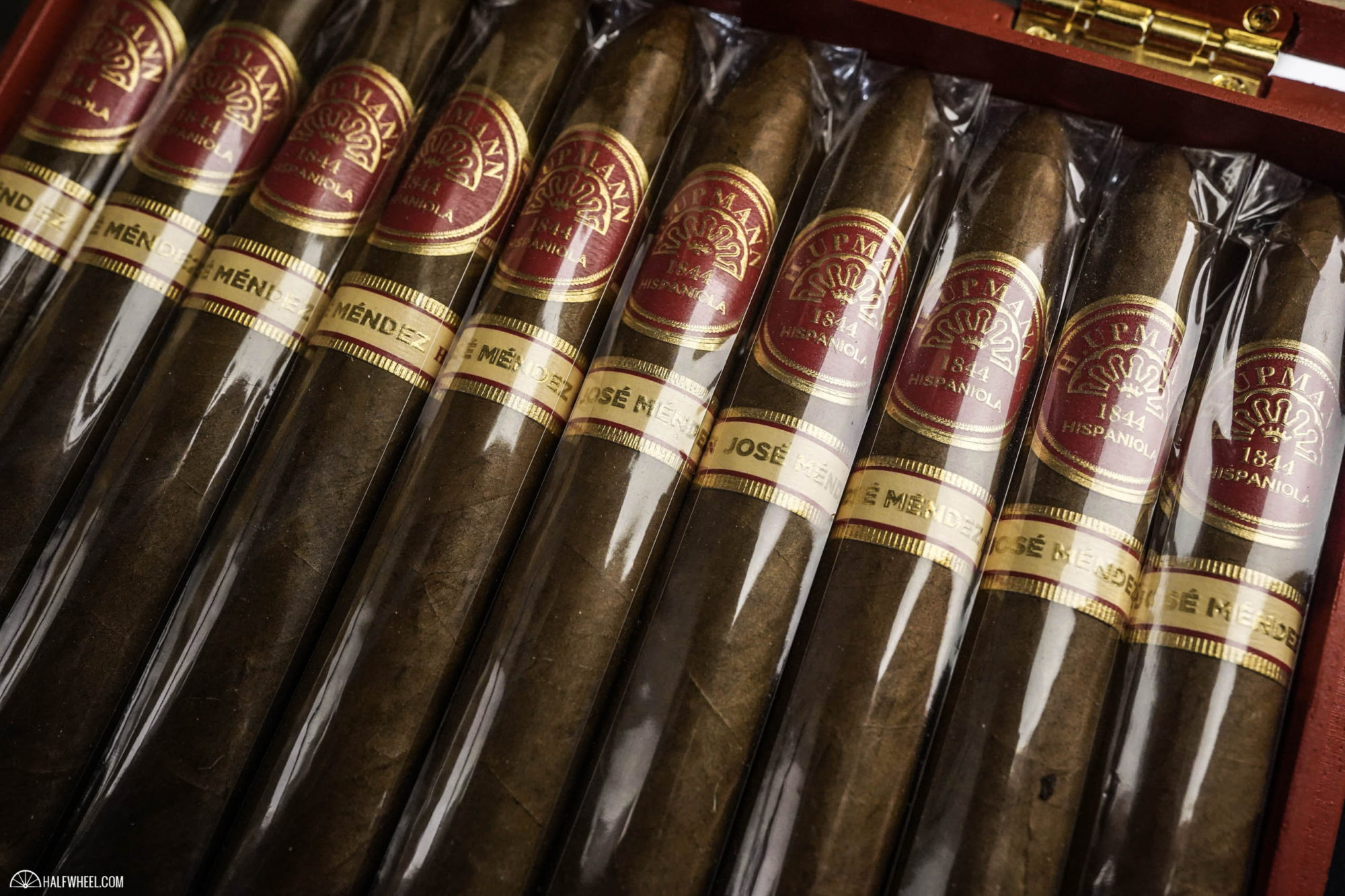 In addition to the anniversary cigar, the H. Upmann brand will pay tribute to the island of Hispaniola with a new release that utilizes Pilotico tobacco, a varietal grown in the Dominican Republic by Jose Mendez & Co. and was featured in the Montecristo Pilotico. It’s also said that upwards of 35 percent of tobacco grown in the Dominican Republic comes through Jose Mendez & Co. In addition to Pilotico, the filler features andullo tobacco, which is fermented through a distinctive process of being formed into three-meter-long cylinders, bound with palm bark and then tightened with rope. 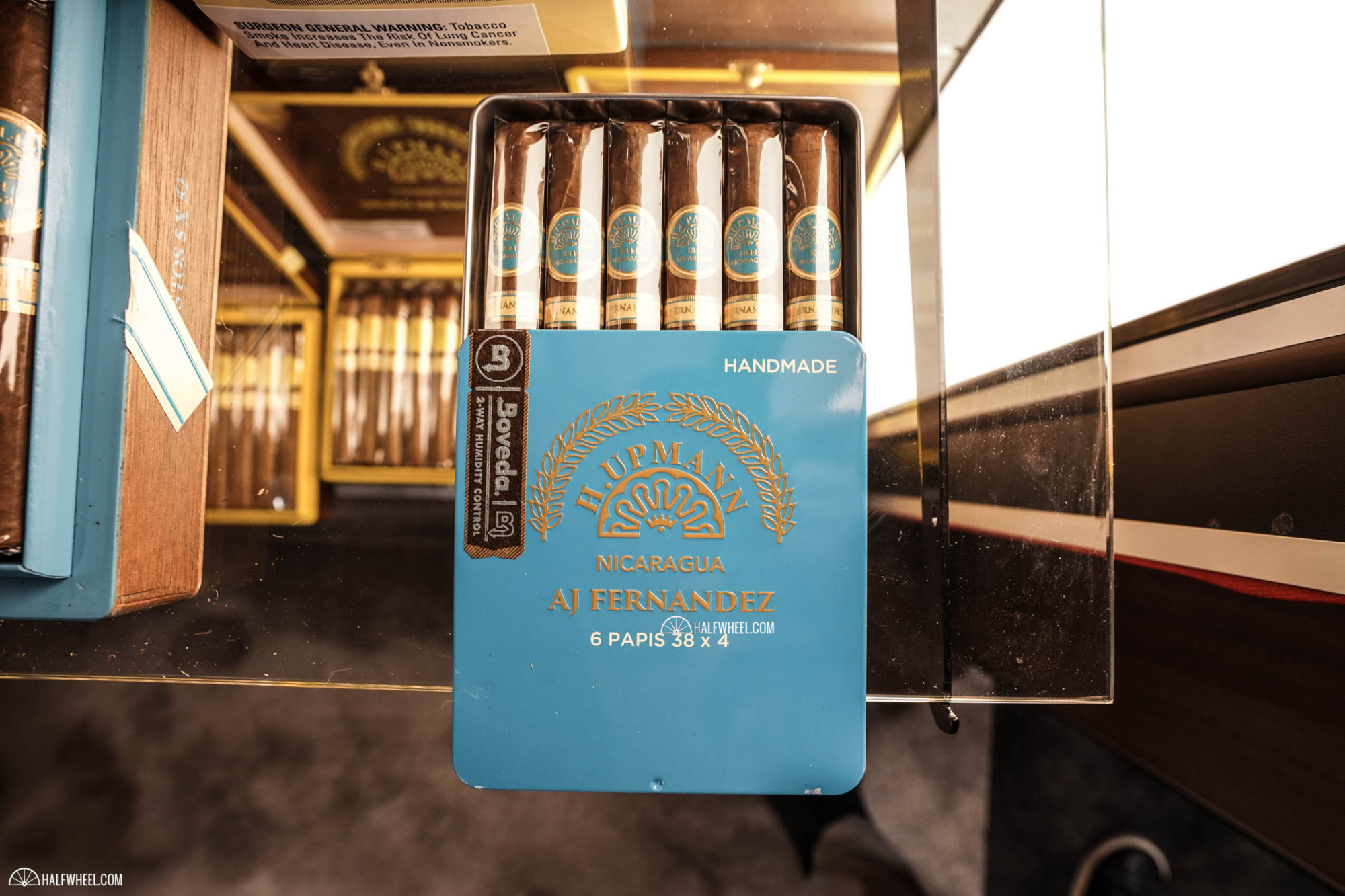 While there are a number of big-dollar, limited edition releases that celebrate milestone anniversaries, there is also what could be described as a cigar for any day and any situation, the new Papi vitola in the H. Upmann by AJ Fernandez line. While the word papi literally translates as daddy, it’s also a term of endearment that Fernández frequently uses for those close to him.