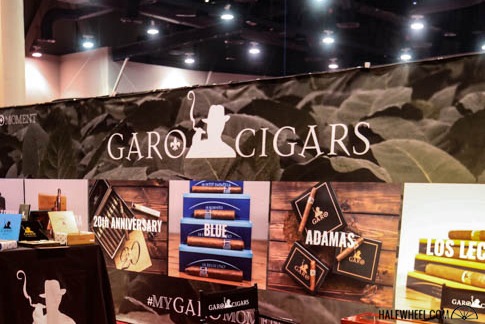 One of the consistent attendees at the IPCPR Convention & Trade Show, Garo Cigars is a fairly small operation based out of Glendale, Calif. that focuses on brick-and-mortar retailers. While the company was on the list of those that wouldn’t have new products on display, it turns out they did show up with a new lancero. Additionally, last year’s 20th Anniversary robusto is getting its widespread release now. The new size is one that Harout Bouldoukian, Garo’s son, is particularly fond of, and while he originally wasn’t sure if it would be ready to present at this year’s trade show, it was obvious he was quite glad it was. It uses the same blend as the original line, and is offered at under $10 a cigar.