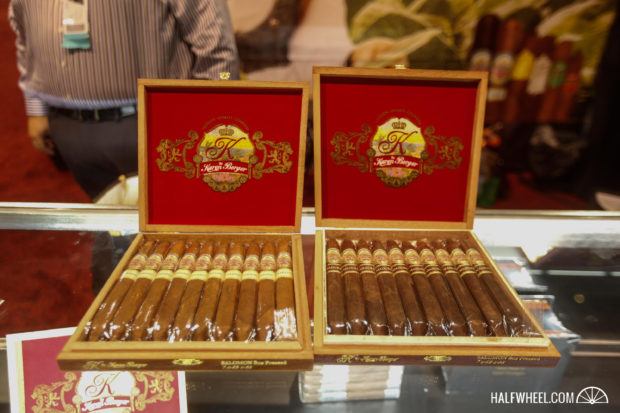 While Don Kiki Cigars did not have any new product to show off at the 2017 IPCPR Convention & Trade Show, there was a new booth, and the company is focusing its efforts on selling its K by Karen Berger.

Available in three different vitolas wrapped in maduro and habano wrappers, both versions of the cigars are by the widow of Enrique “Kiki” Berger, who passed away in 2014.