Asylum Cigars was nestled right in the heart of the new CLE booth, with the display towering high above our heads with their logo easily viewable from quite a distance.

While the previous CLE booth was a very pretty, enclosed, white-walled area, the constant throng of retailers made it hard to get around. This new open concept booth proved to be much easier to maneuver, allowing the extra traffic to spill into the aisles. 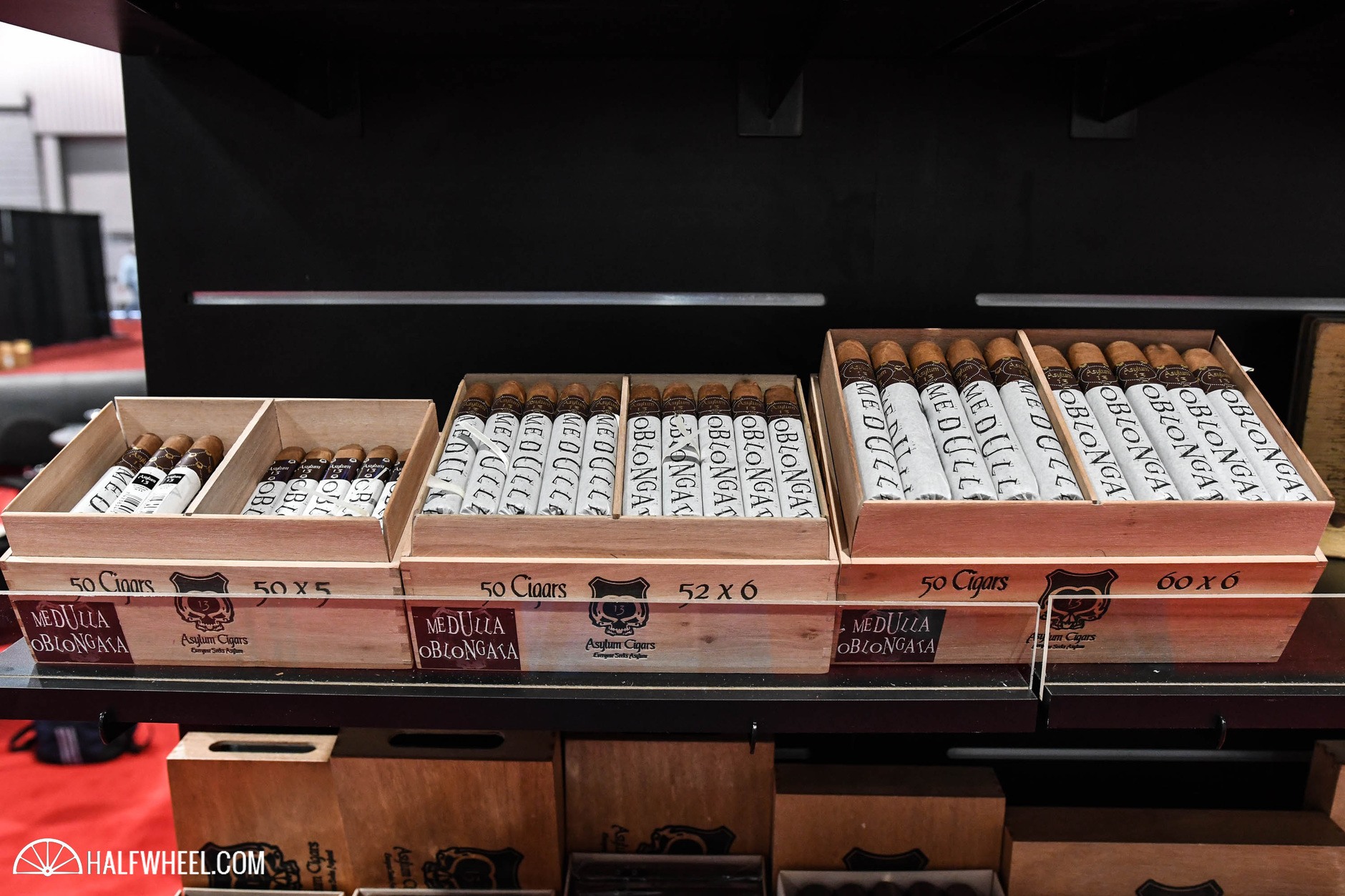 Medulla Oblongata
The Medulla Oblongata features a similar blend to the Asylum 13 Corojo, it uses higher primings giving it a different profile. While there are only three sizes, each box of 50 will come with 25 round parejos and 25 box press cigars, meaning there are technically six vitolas.