Oscar Valladares & Co. has been making a name for itself as the producer of The Leaf by Oscar, but this year it’s Oscar’s eponymously named cigar that was the highlight of his space, which he shared with “Island” Jim Robinson and his Caribbean/tropical theme. 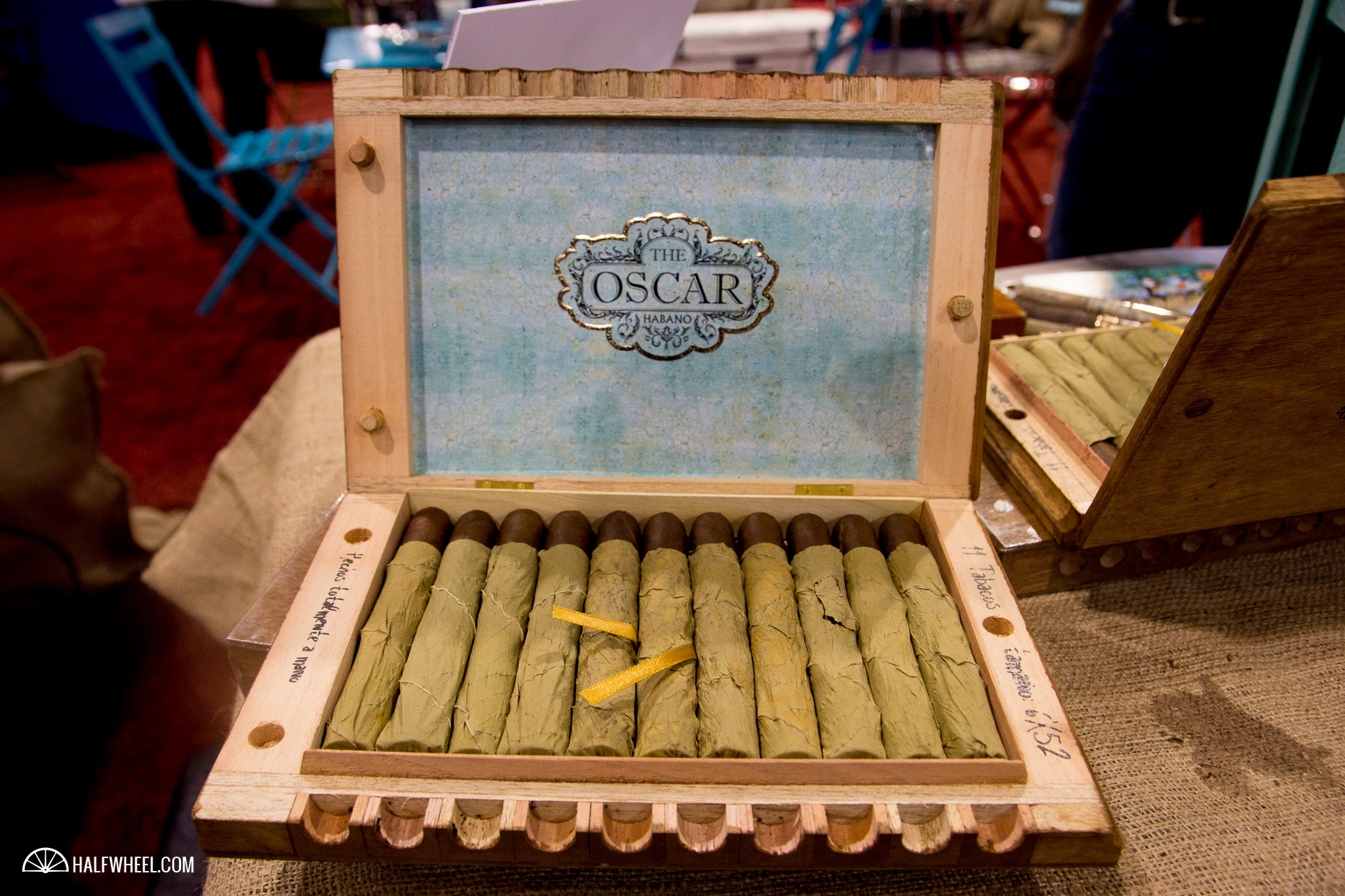 The Oscar may bear a striking resemblance to the other cigar Oscar Valladares & Co. is known for, but not only is it a distinct blend, it also features a Honduran candela leaf as the cover. Three sizes, all packed in distinct 11-count boxes that are made from discarded cigar molds that Valladares sourced from other factories throughout the Danlí region.

Launch Date: The first batches are heading out now, while the first round of orders should be filled by mid-August.