Las Cumbres Tabaco’s booth featured a familiar face in José Blanco, some new product in a pair of box-pressed sizes for Señorial Maduro and Freyja, but unfortunately no Emma Viktorsson and none of the three new lines—Señorial CT, Nocturnal and Freyja 12—that were reported to be on deck for the trade show. Blanco said the boxes weren’t ready and the cigars were in transport to the company’s warehouse. Instead, the industry got to see the two box-pressed additions to two of the company’s existing lines. 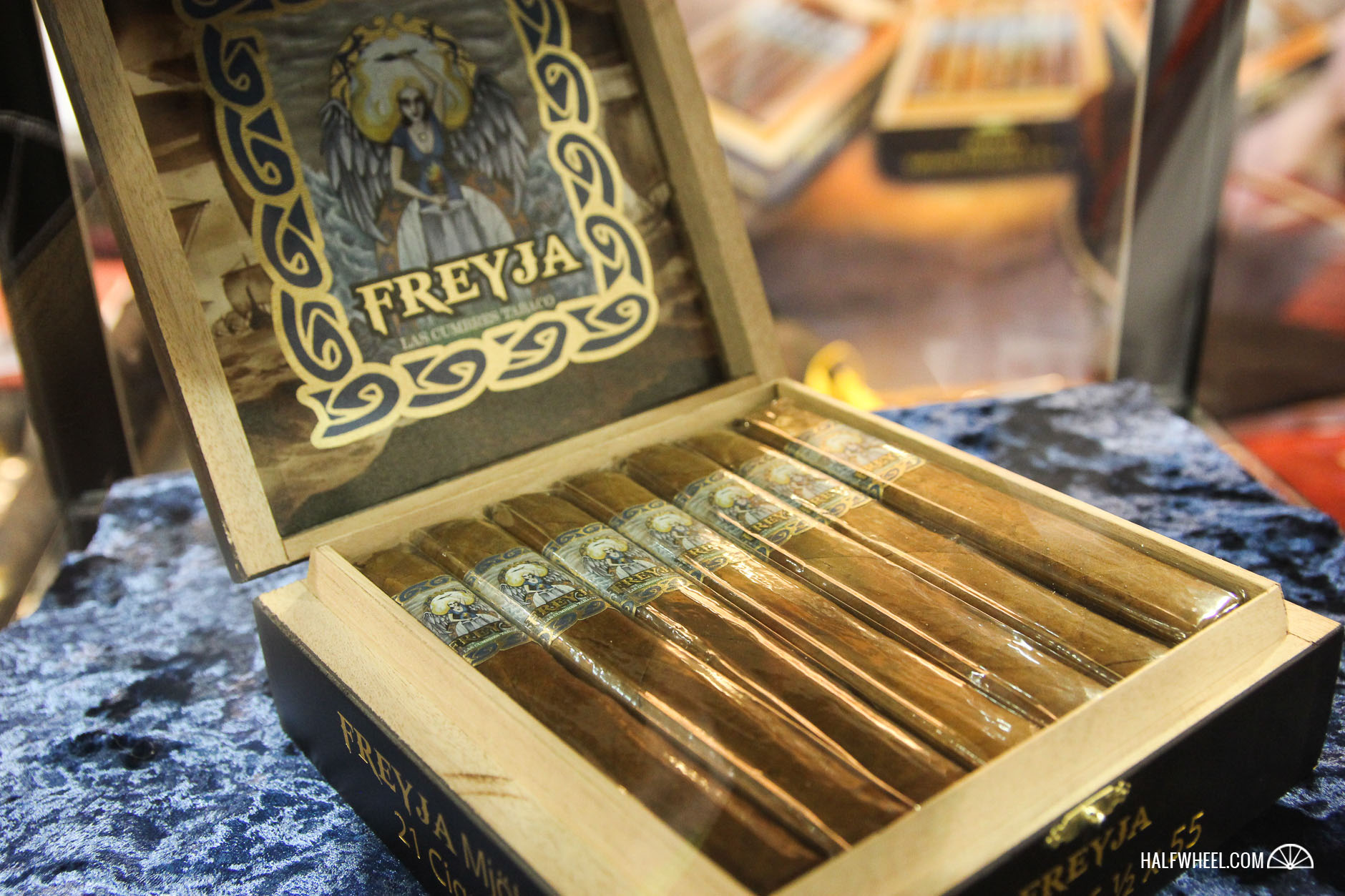 Viktorsson continues to tap into her heritage and Viking mythology for the name of this cigar, as Mjölnir is the name for Thor’s hammer. This new addition is the thickest in the Freyja line, an addition Viktorsson previously said she has been thinking about for some time. If you’re curious, Viktorsson says it’s pronounced ‘Me-YOEL-nir,” with a soft l and a rolled r. A short and slender cigar that gets a good press, making sure it lives up to its name, the frame.