It was the second year at the IPCPR Convention & Trade Show for Las Cumbres Tabaco, and José Blanco and Emma Viktorssen brought two new lines and a long-awaited line extension to New Orleans. 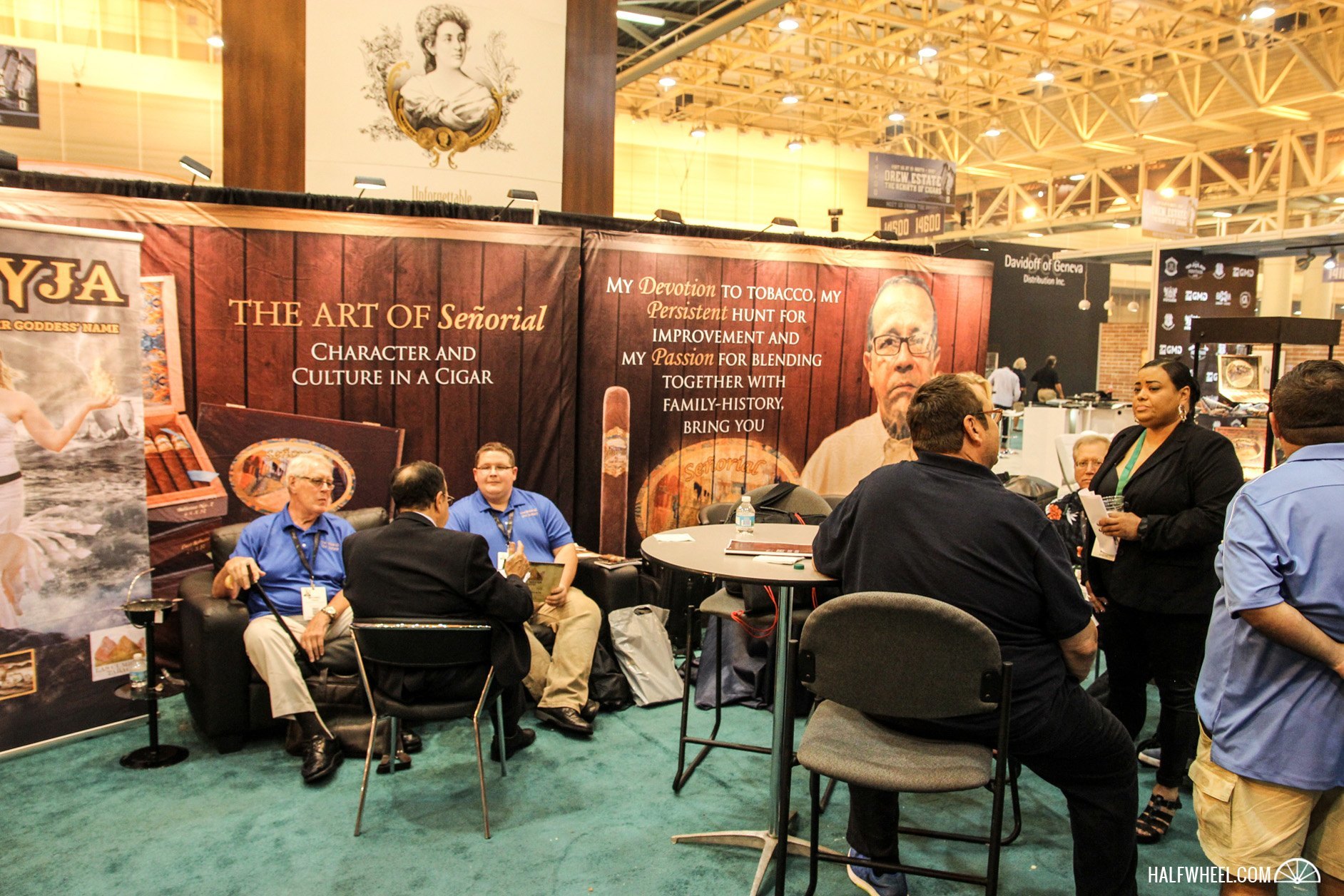 First up: the Señorial Lancero, a 7 x 38 that comes in boxes of 48 and with an MSRP of $9. Blanco told me he picked the box size specifically to keep the cost down, as a smaller box size would mean more wood, more art, and more cost. 100 boxes are being produced initially. Rounding out the new offerings is Freyja, a line blended by Emma Viktorsson that gets its name from Swedish mythology and the Viking goddess of beauty and fertility who is chief of the Valkyrie, the female figures that choose who lives and dies in battle. Viktorsson calls the cigar a bridge between her ancestry and the cigar countries. All of the new cigars from Las Cumbres are being produced at Tabacalera Palma in the Dominican Republic.