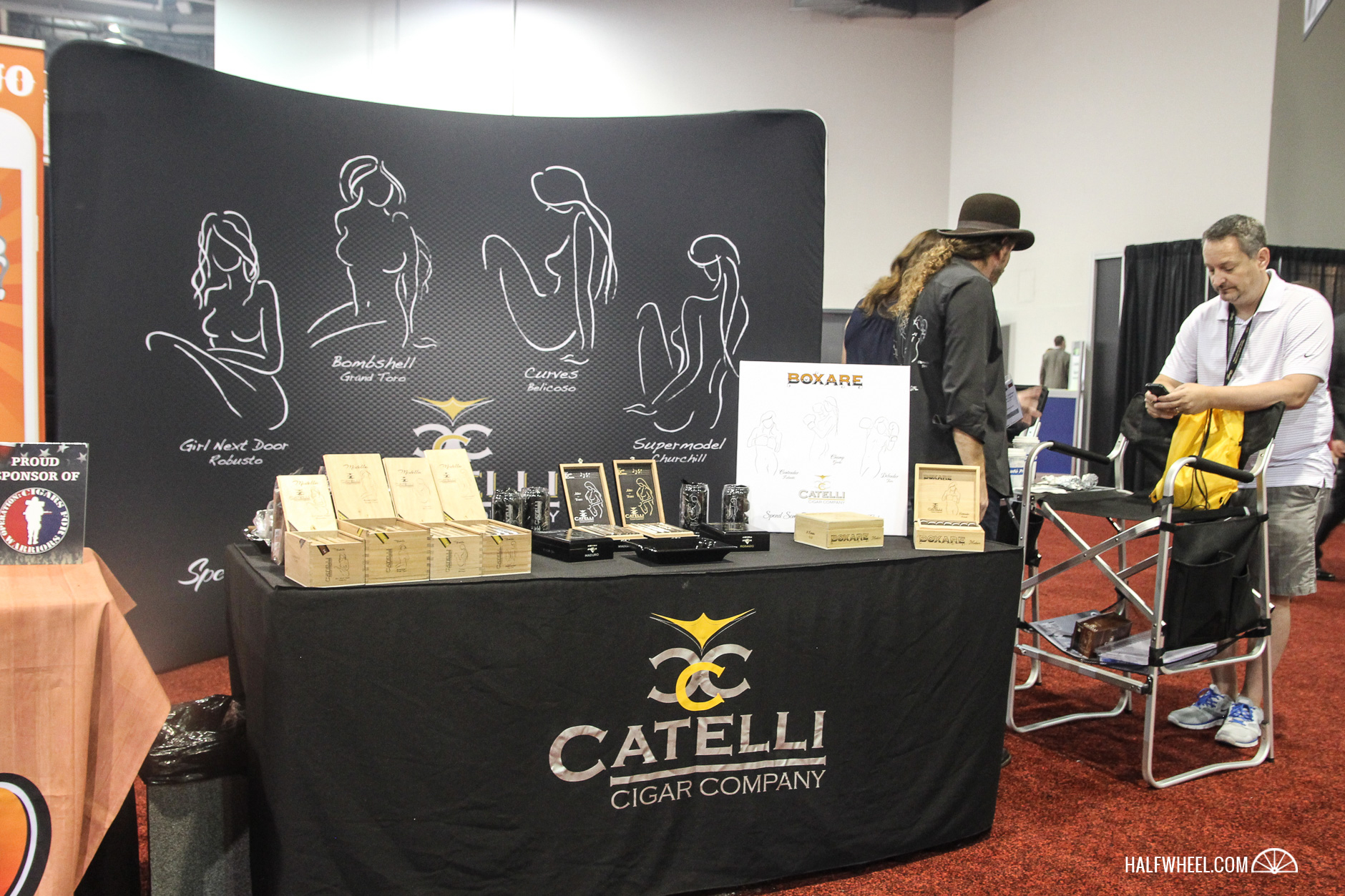 Catelli Cigars has been on the scene for a few years now and may best be known for their silhouettes of women in their marketing and the naming of vitolas. This year the company returned to IPCPR with a new limited edition and a new line to share with the industry. 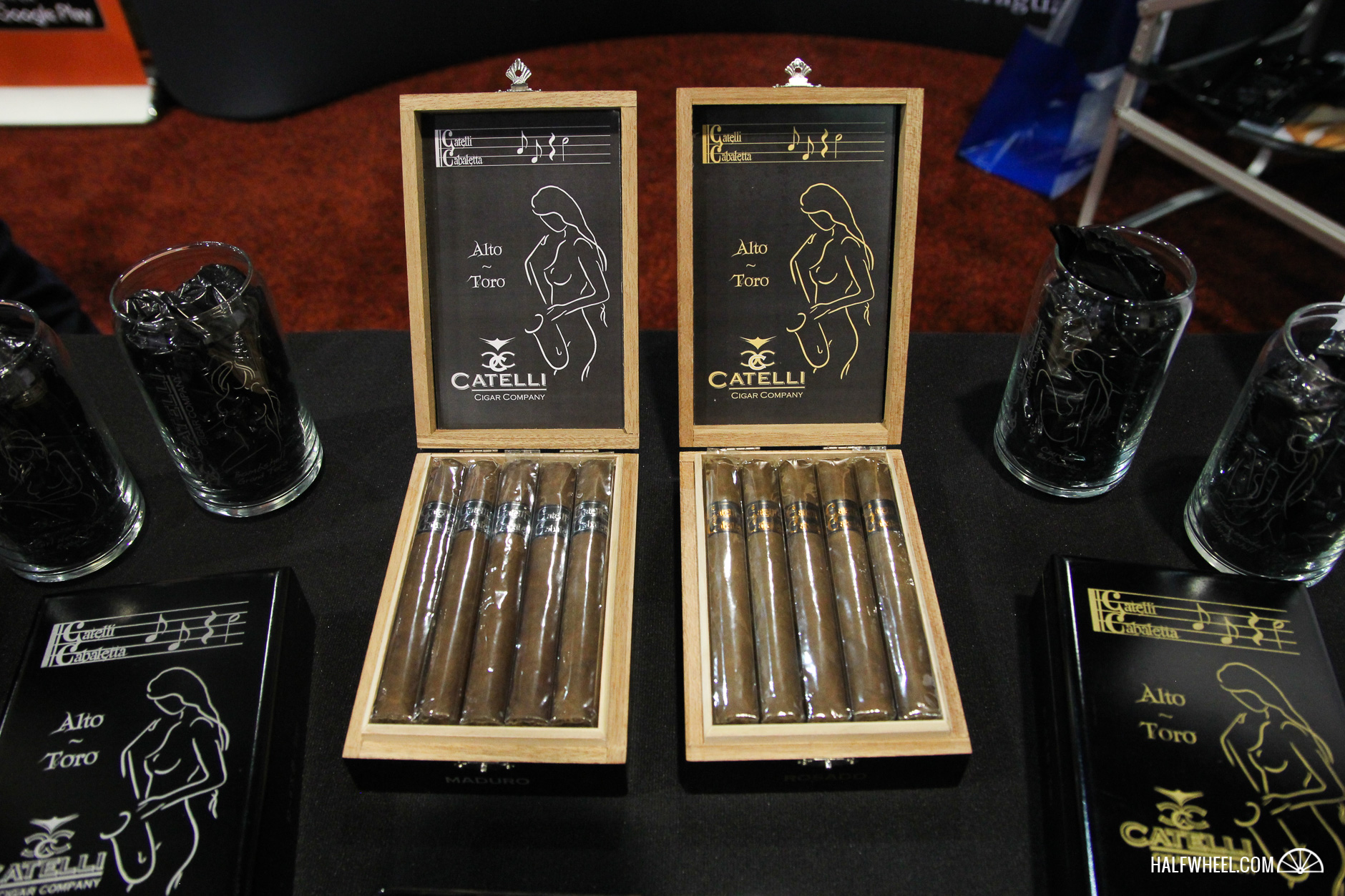 A new cigar being made by Erik Espinosa at his La Zona factory in Estelí, NIcaragua, it’s being released in a single vitola but two wrapper options

Launch Date: Immediately after the show 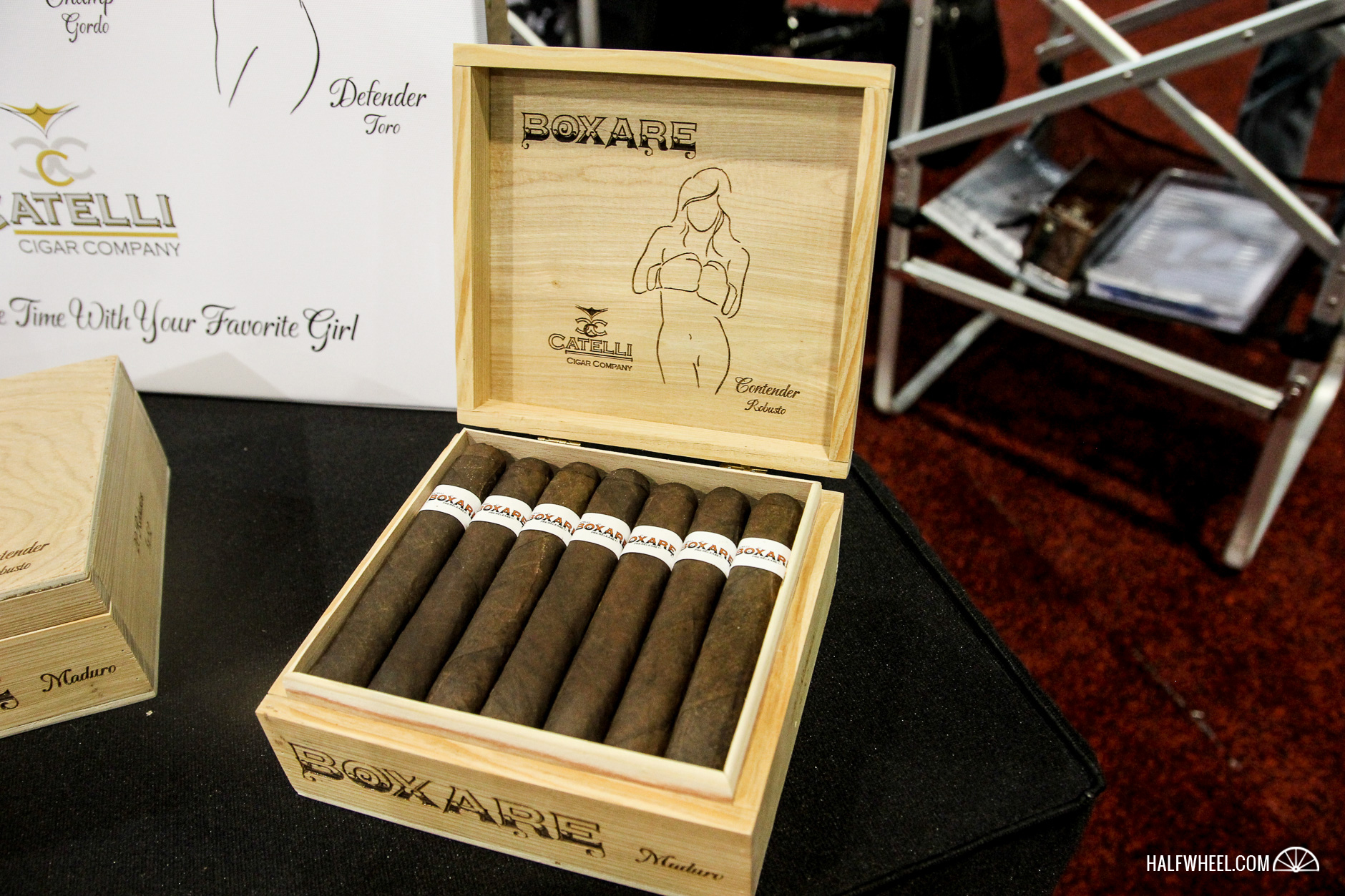 A new box-pressed maduro being offered in three box-pressed sizes. The company was showing off its pre-release bands but the line will get a slightly new look when they hit retail stores.

Launch Date: Limited pre-launch prior to Aug. 8, full release shortly after the end of the trade show