Although 7-20-4 Cigars did not have any new products debuting at the convention, the company did show off new packaging for its Hustler blend, moving from sampler boxes to 20-counts boxes for all vitolas other than the 4 1/4 x 40 Dog Walker vitola, which is now available in both 30-count boxes as well as new hard five-packs, all of which will be shipping next month. 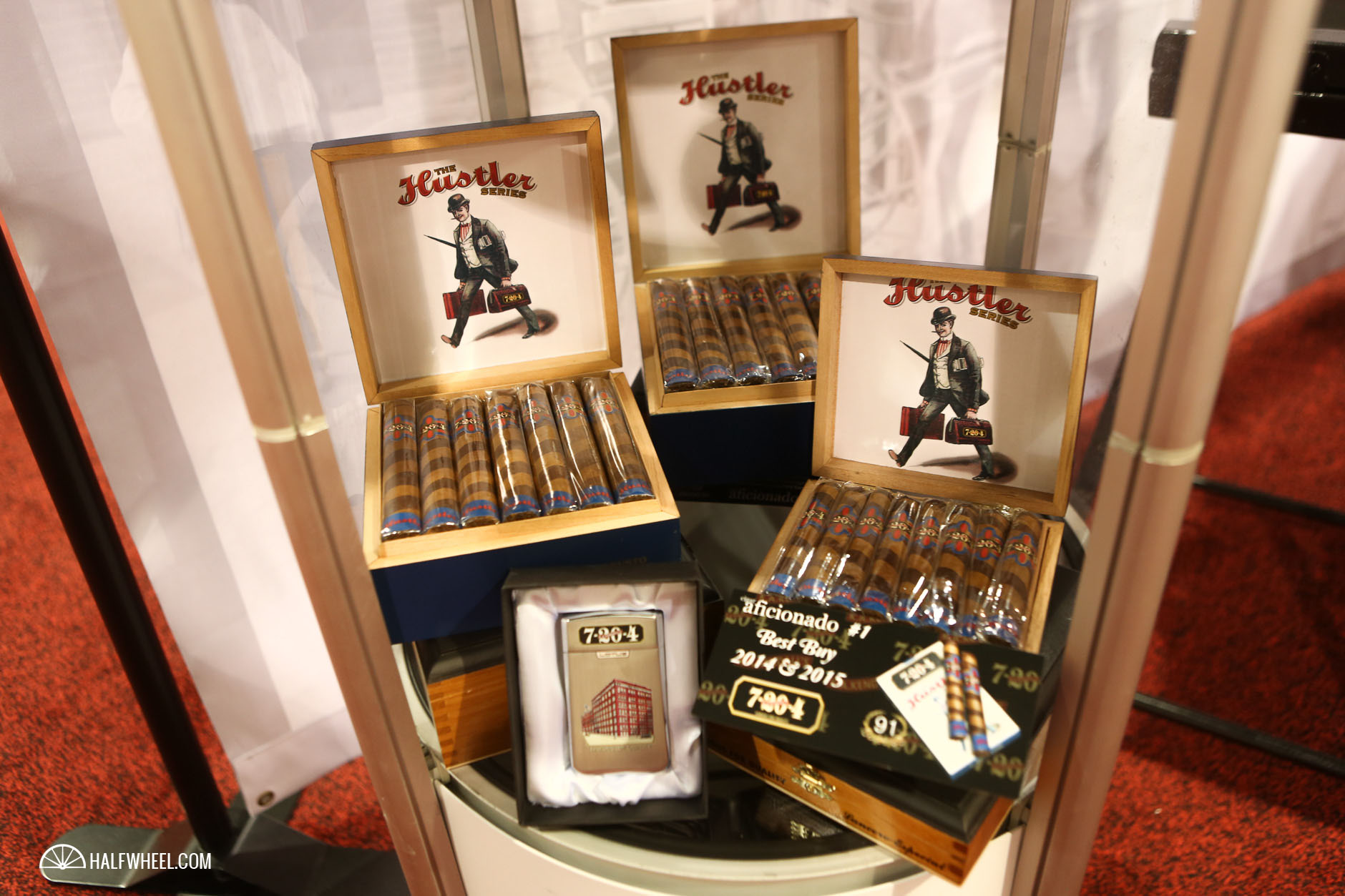