Vivalo Cigars was one of the dreaded “new booths” of the trade show. The dreaded part is of course a joke and the reality is that Patrick Vivalo isn’t new. Vivalo worked for Rocky Patel Premium Cigars for over a decade before leaving earlier this year to focus on Vivalo Cigars. 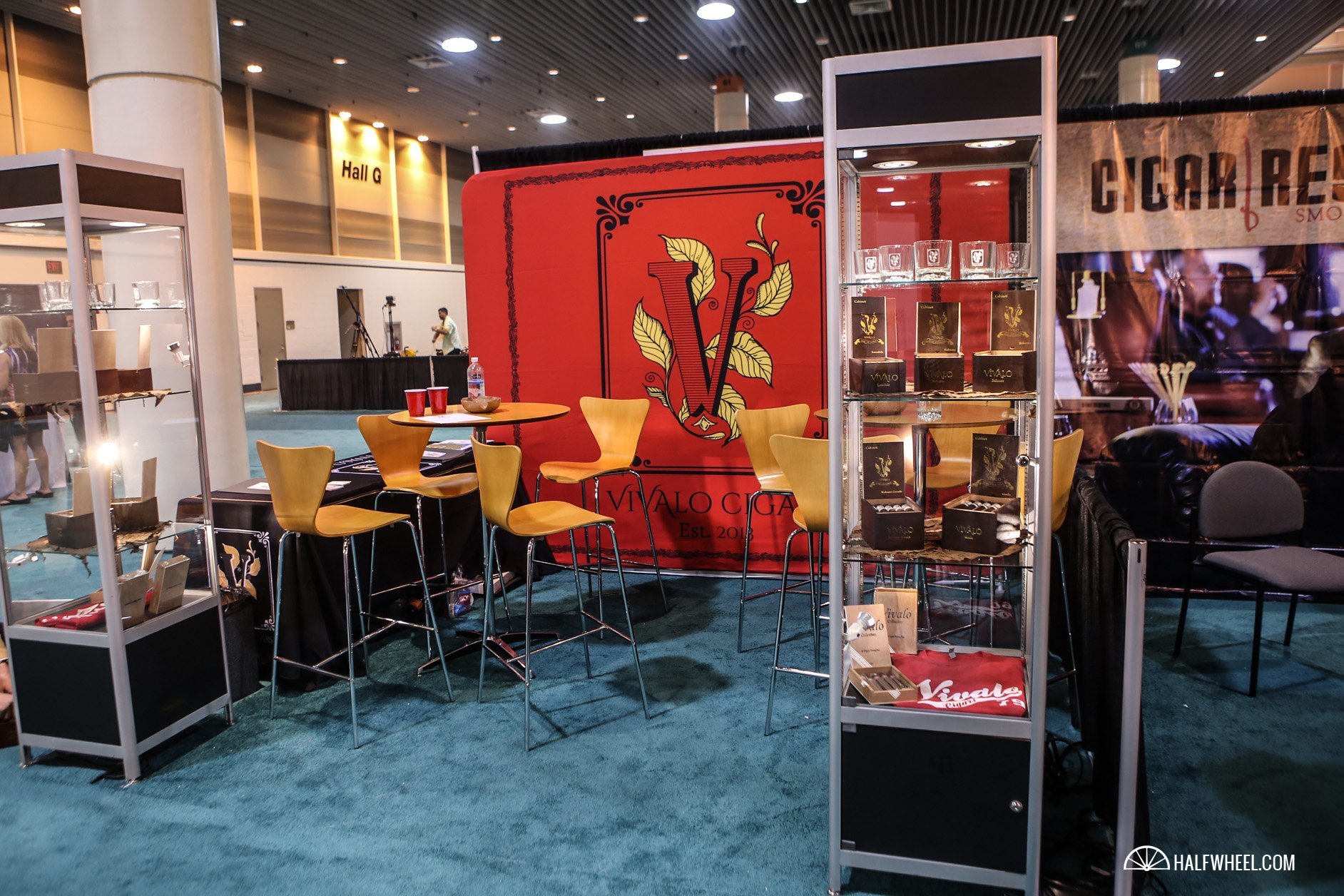 New Packaging
While there’s no new cigar, the company’s only line—Vivalo Serie Exclusivo—has updated bands and boxes, something Vivalo said he introduced in order to help better sell the cigar nationally. It uses a Colorado-shade wrapper from Jalapa, Nicaragua, binder from Nicaragua and Nicaraguan fillers from Estelí and Jalapa.