At the 2015 IPCPR Convention & Trade Show, MoyaRuiz Cigars showed off two new blends that were announced earlier this year. 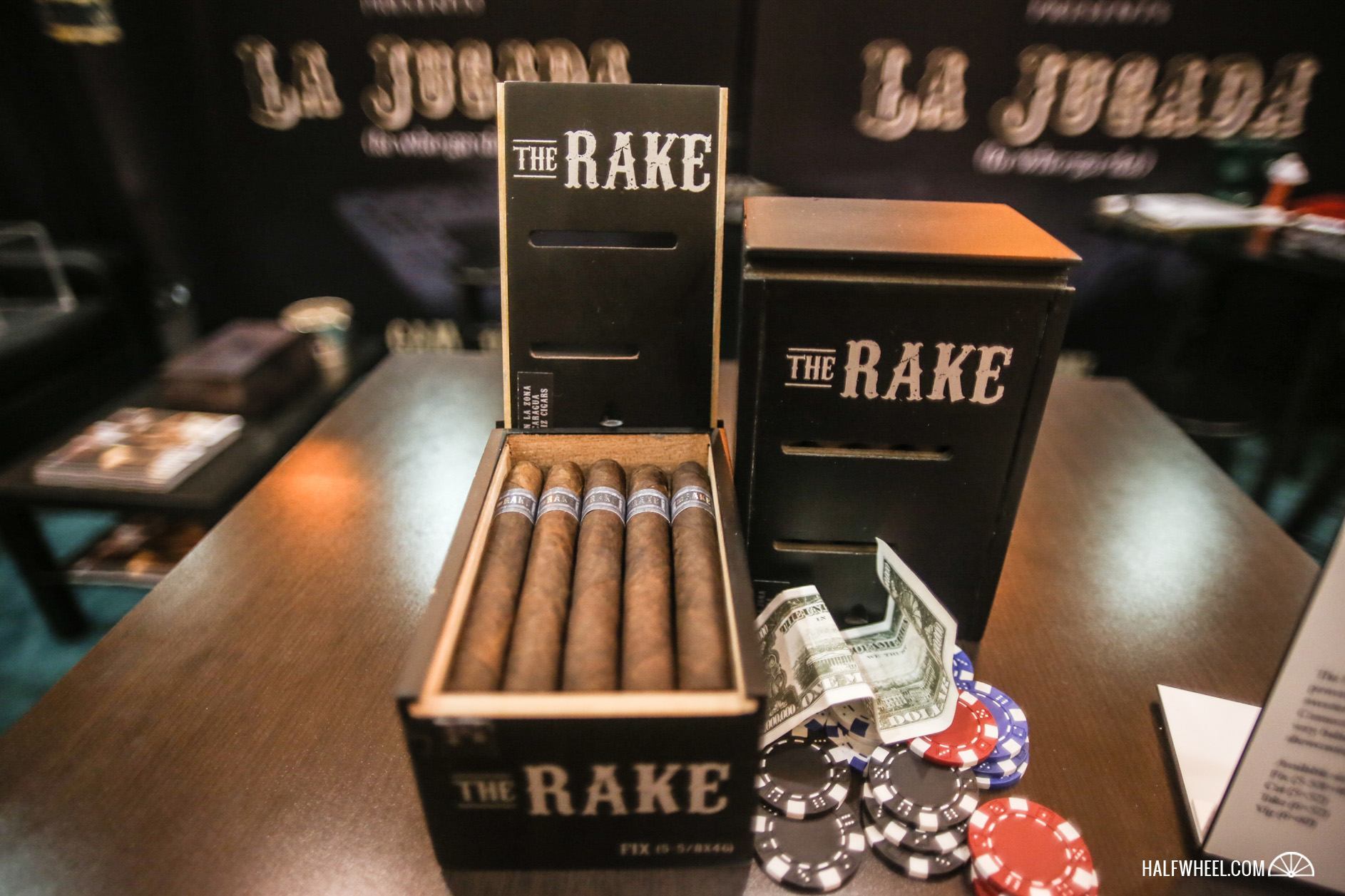 The Rake
The first new release is The Rake, a cigar that takes its name from a poker term which describes the fee taken by the card room for operating the game. The second new blend is The Chinese Finger Trap, a 6 x 50 toro is wrapped in a non-functional Chinese finger trap. As with The Rake, the new cigar is being produced at Erik Espinosa’s La Zona Cigar Factory in Estelí, Nicaragua and is limited to 10,000 cigars packaged in boxes of 10. While the blend is not being released, the MSRP for each cigar is $11, and they have already shipped to retailers.