The spray painted background was gone, but Dissident Cigars added a huge robot to its booth, along with two new cigars. The first is an extension to the company’s Soapbox line, the SHIFT, a 6 x 44/60 double perfecto. 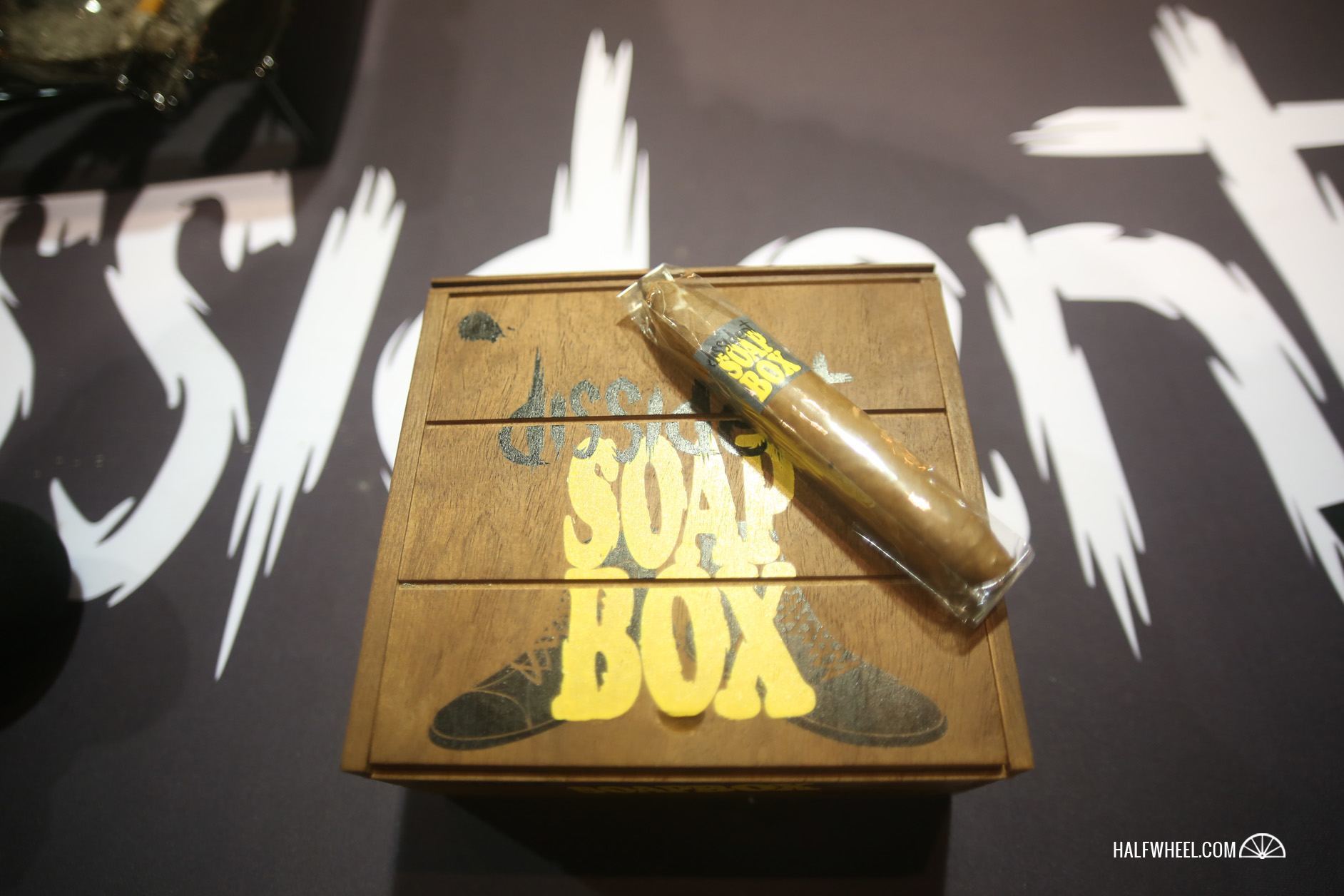 Like the rest of the Soapbox line, the SHIFT is a Nicaraguan puro incorporating a Jalapa wrapper as well as a binder from Estelí and filler tobaccos from Condega, Estelí and Jalapa. SHIFT will retail for $12 and is being sold in boxes of 20, and will ship to retailers immediately following the show.