Crossfire Cigars got my attention this year in two ways: great packaging and comfy chairs. 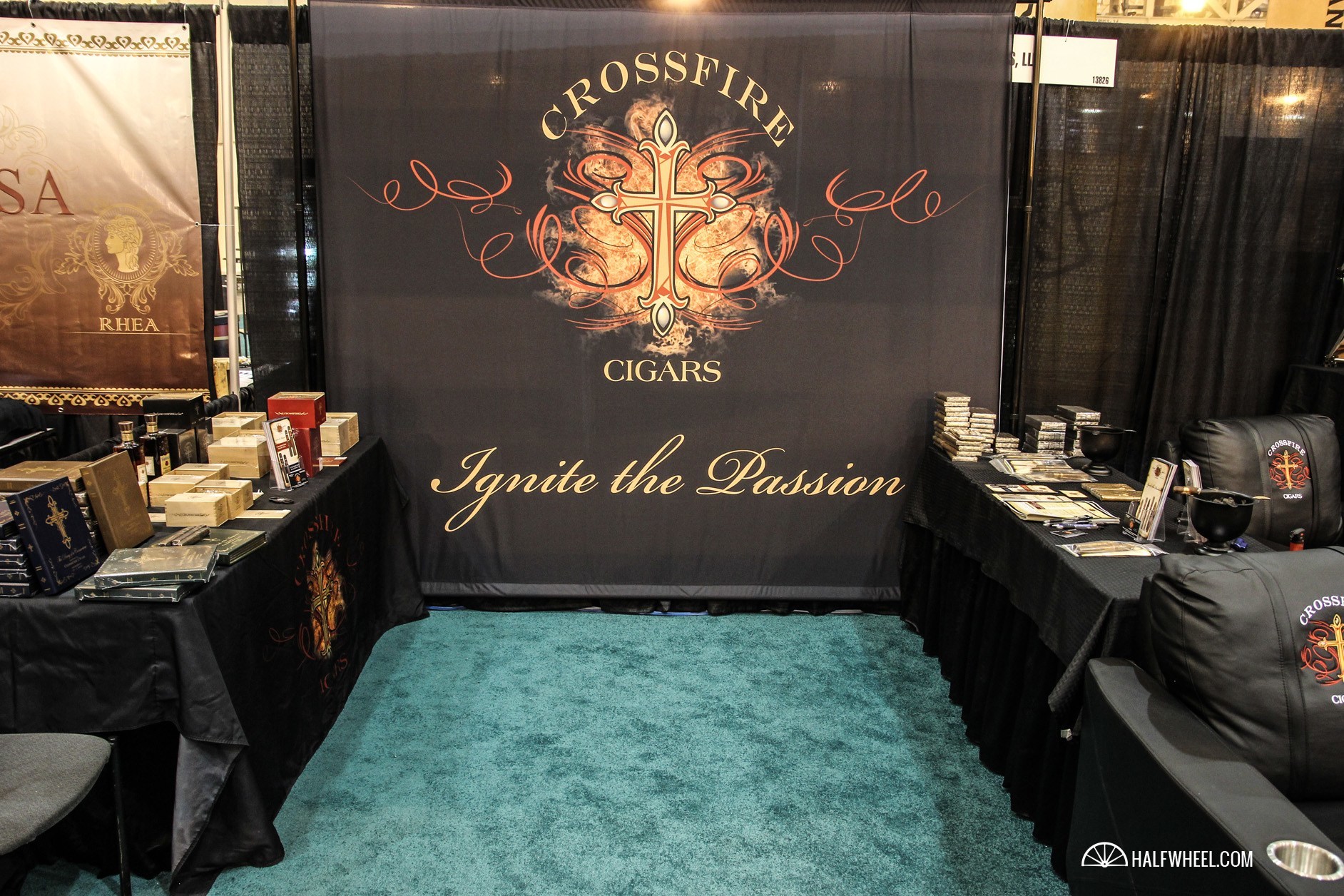 Last month, the company released the first two installments in its Library Series, the Count of San Andrés and The Diary of a Connecticut, with the third release, Legends of the Arapiraca, coming out this fall. 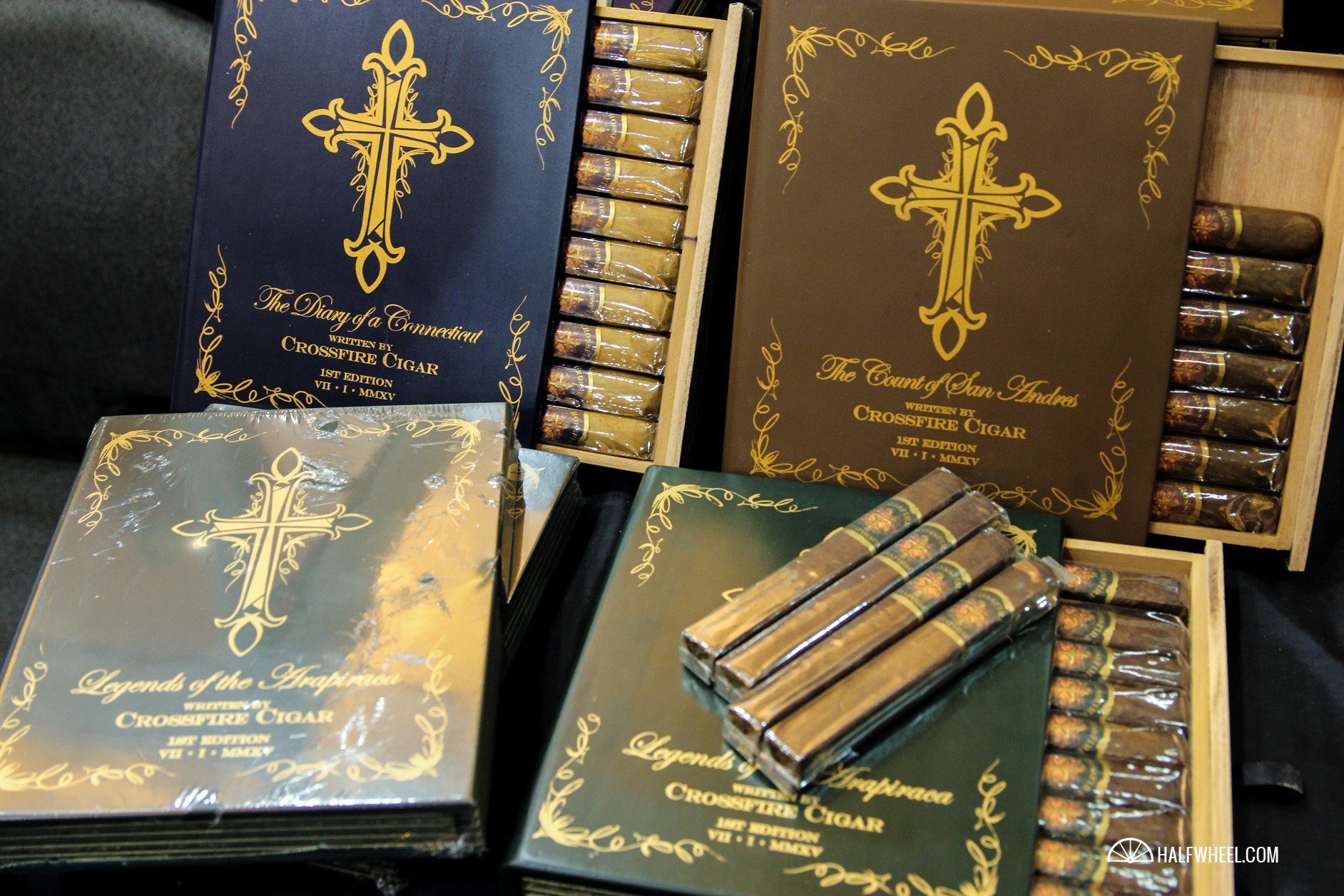 Each is packaged in a box designed to look like a book and with a slide-out section that is certainly unique. Jason Lois, the company’s national sales manager, has more on it:

Each size will be initially released in a 6 1/4 x 56 vitola with an MSRP of $11.99. More vitolas could be added in the future depending on demand.

Crossfire also worked with Dream Seats to create some very comfortable logoed chairs that featured an ashtray in one of the armrest’s cupholders. 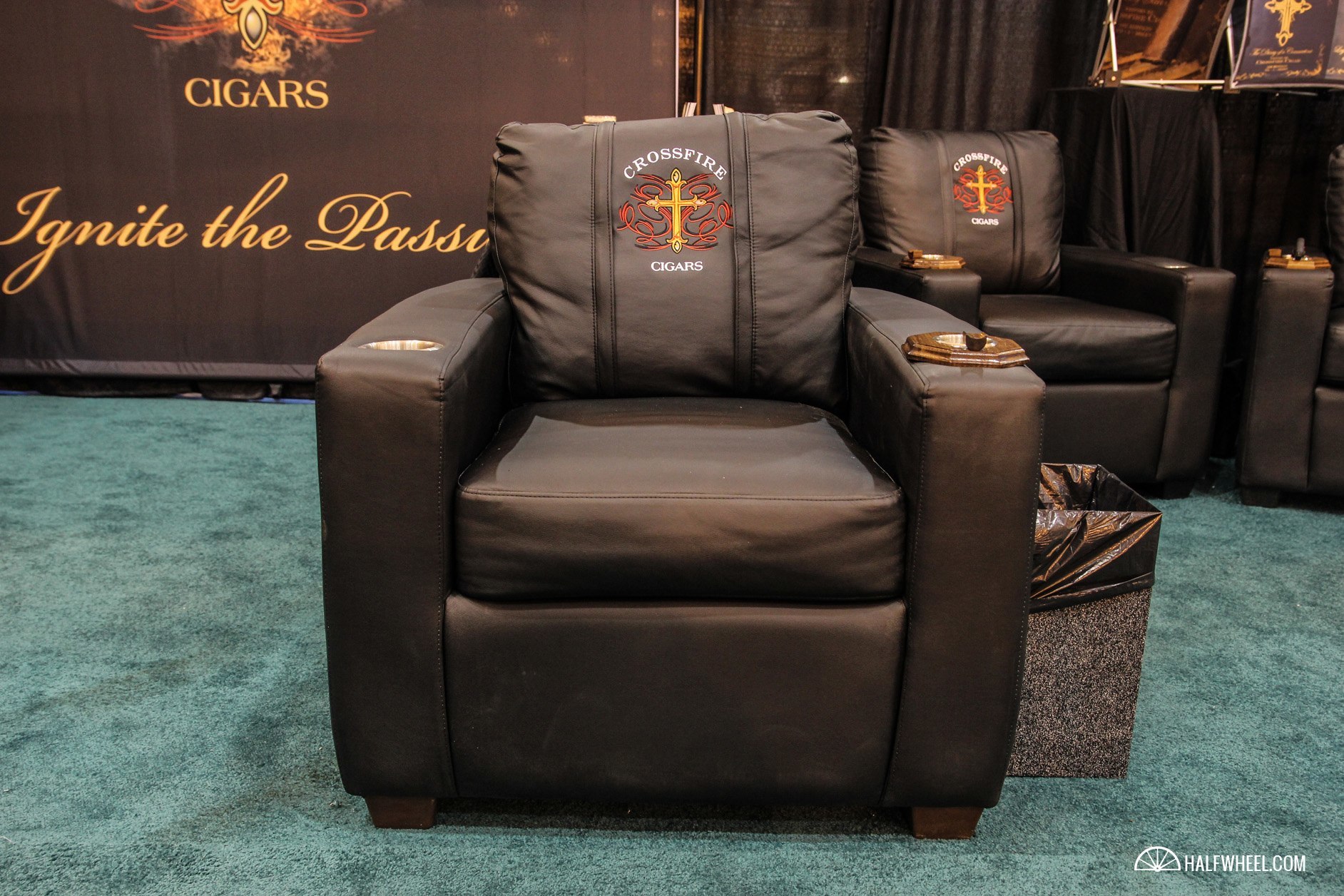