While a number of manufacturers kept their IPCPR releases to a relative minimum, L’Atelier Imports had a steady stream of new projects to show off to retailers and the cigar industry that ranged from limited editions to small cigars to a new regular line. Once again, L’Atelier shared booth space with My Father Cigars and Tatuaje. 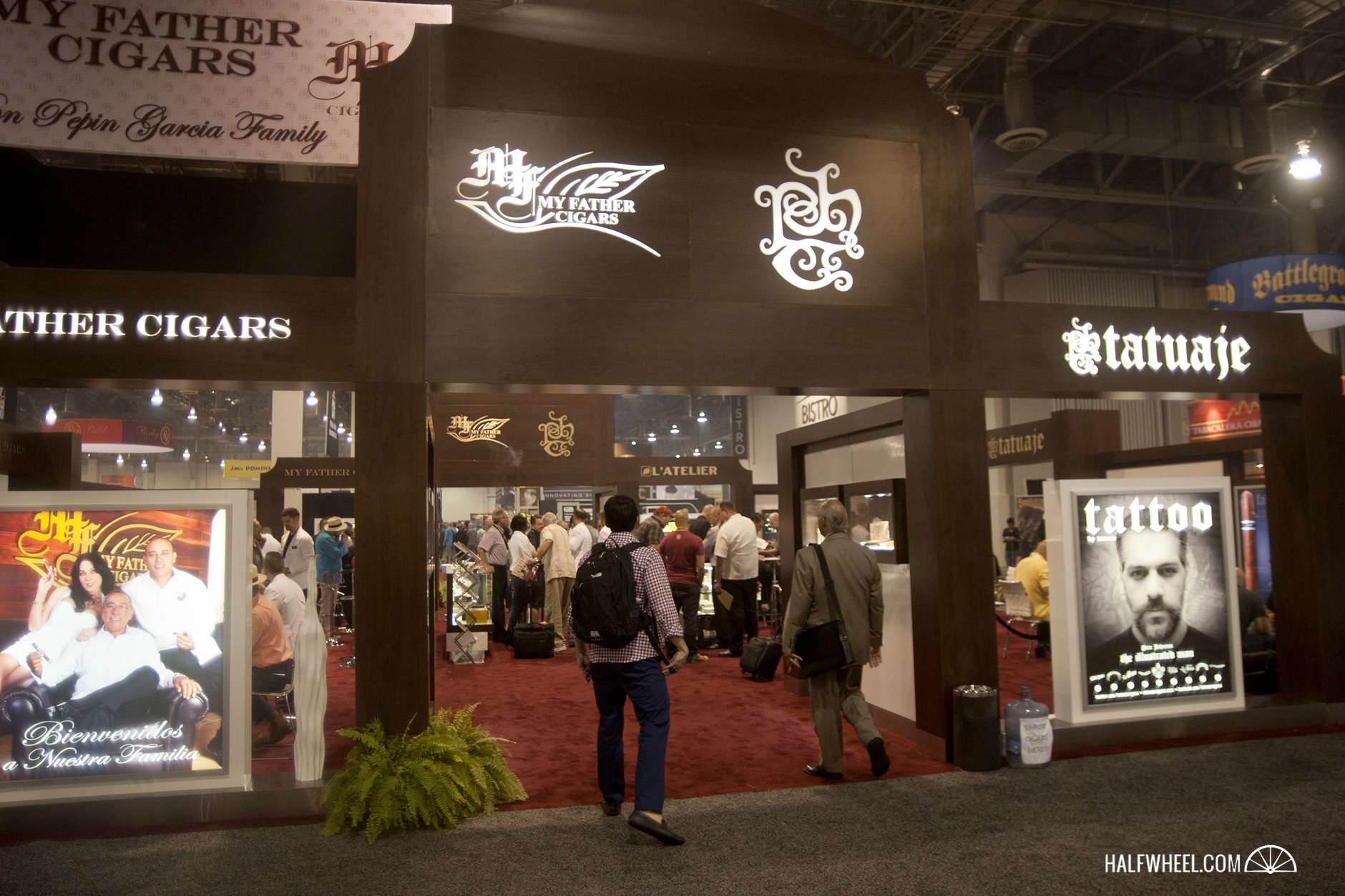 Satin Glove is the latest addition to the Surrogates line,  a 7 x 47 box-pressed churchill that features a Mexican San Andrés wrapper. Four new small cigar five-packs were unveiled: Cracker Crumbs, El Suelo Vuelos, L’Atelier Travailleurs and Trocadéro Ruelles. All of the cigars measure 4 1/2 x 38, will cost $14.50 per pack and are long-filler cigars. There was some concern that Cracker Crumbs might lead people to think the cigars are mixed-filler, but that is not the case. The trade-show exclusive L’Atelier Extension de la Racine ER14 was on the order sheets; it’s a cigar that can only be ordered at the trade show. It’s the same blend as last year but now in a 6 1/8 x 52 torpedo vitola. It comes in 20-count boxes, with pricing at $9.50 per cigar.

Finally, L’Atelier has already begun teasing a 2015 release called Cote d’Or. It is tentatively scheduled for March 2015, though that might change. It is a blend that is based on the famed Pelo d’Oro tobacco and will be fairly limited, with production estimated to be approximately in the low four-digits. The size has not been finalized, but as of now the leading candidate is a soft pressed churchill which will come in ten-count boxes.