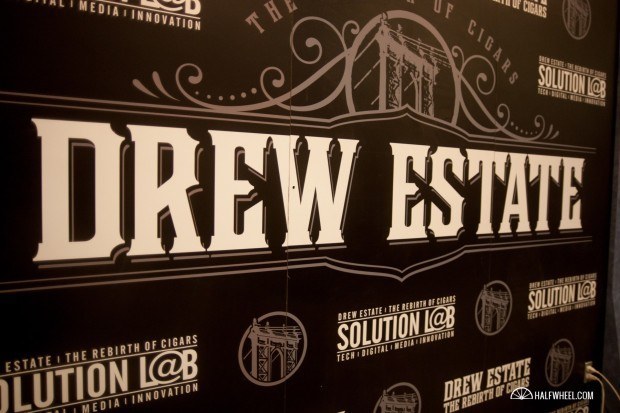 For the 2014 IPCPR Convention and Trade Show, Drew Estate took its booth to new heights–literally. The two-story space was built to look like the Manhattan Bridge, which is prominently featured in the company’s logo. It gave off a noticeably different feel, as it chewed up a good bit of the floor but also made the space feel much more packed and busy, which was only further aided by a big list of new products bearing the company’s mark as well as a pair of other companies who Drew Estate now distributes. Probably the most well-known and anticipated release slated for IPCPR was Willy Herrera’s Herrera Esteli Norteño. As was reported prior to the show, the cigar will be available in six sizes: a 4 x 46 coronita ($9), a 6 1/2 x 44 lonsdale deluxe ($11), 5 1/2 x 54 robusto grande ($12), 6 x 50 toro ($11.50), 4 3/4 x 48 corona extra ($10) and a 5 x 50 belicoso fino ($11). The band features a silhouette of the Guardabarranco, the national bird of Nicaragua. The name comes from the term used for those who come from the northern part of the country, which includes Estelí, where Drew Estate is located. The cigars should be arriving in the next month or two. Willy Herrera shared an interesting note about Herrera Estelí with us; the line will be expanding to become even more encompassing with store exclusives, which could be both unique sizes and unique blends. He wouldn’t elaborate more than that, but there appears to be a good bit more in store for the Herrera Estelí line.

MUWAT is getting a new size, the 4 1/2 x 50 Nightcrawler that is basically a bigger version of the Baitfish. There will also be a new look for the line that focus on its new name, MUWAT Core Line. 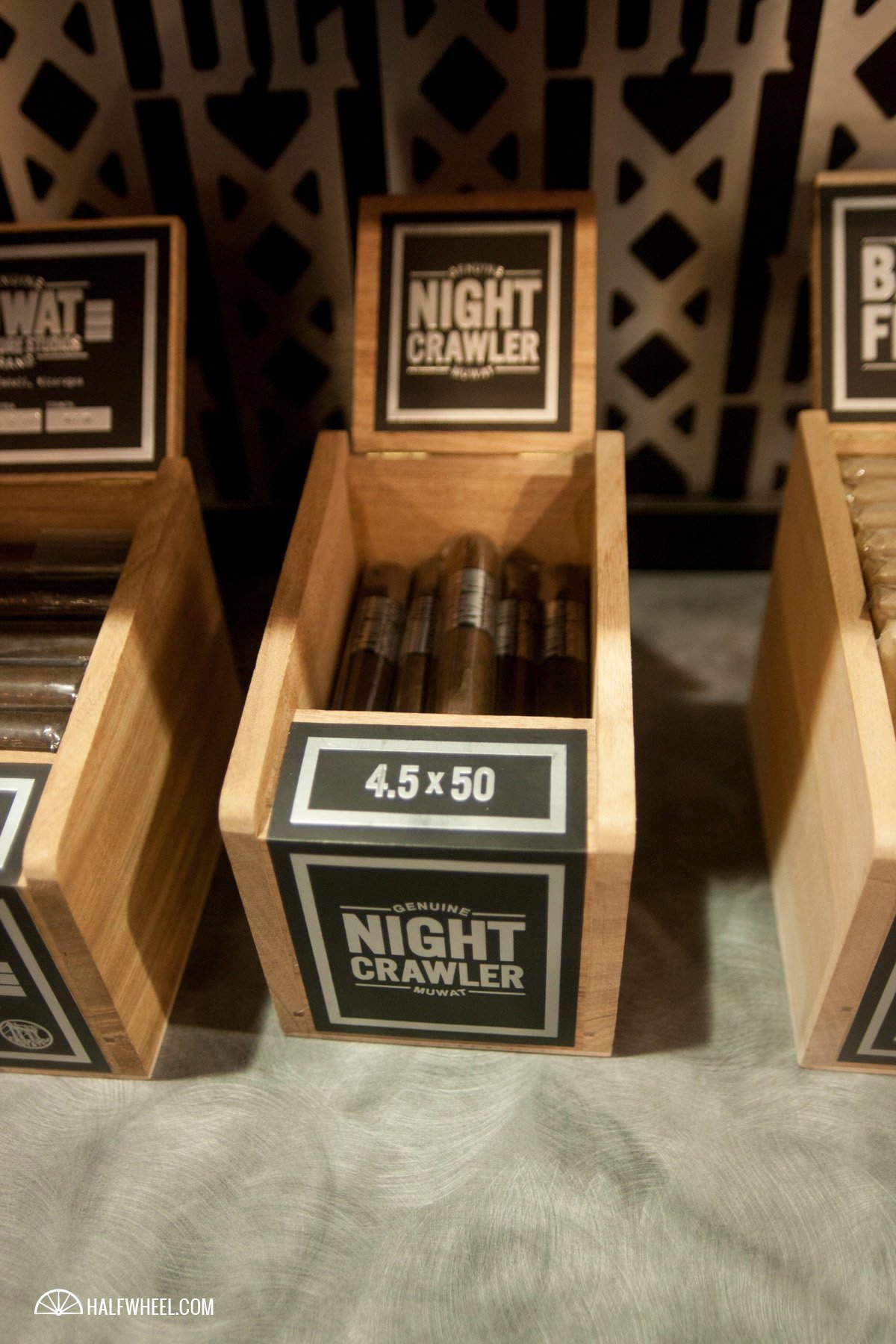 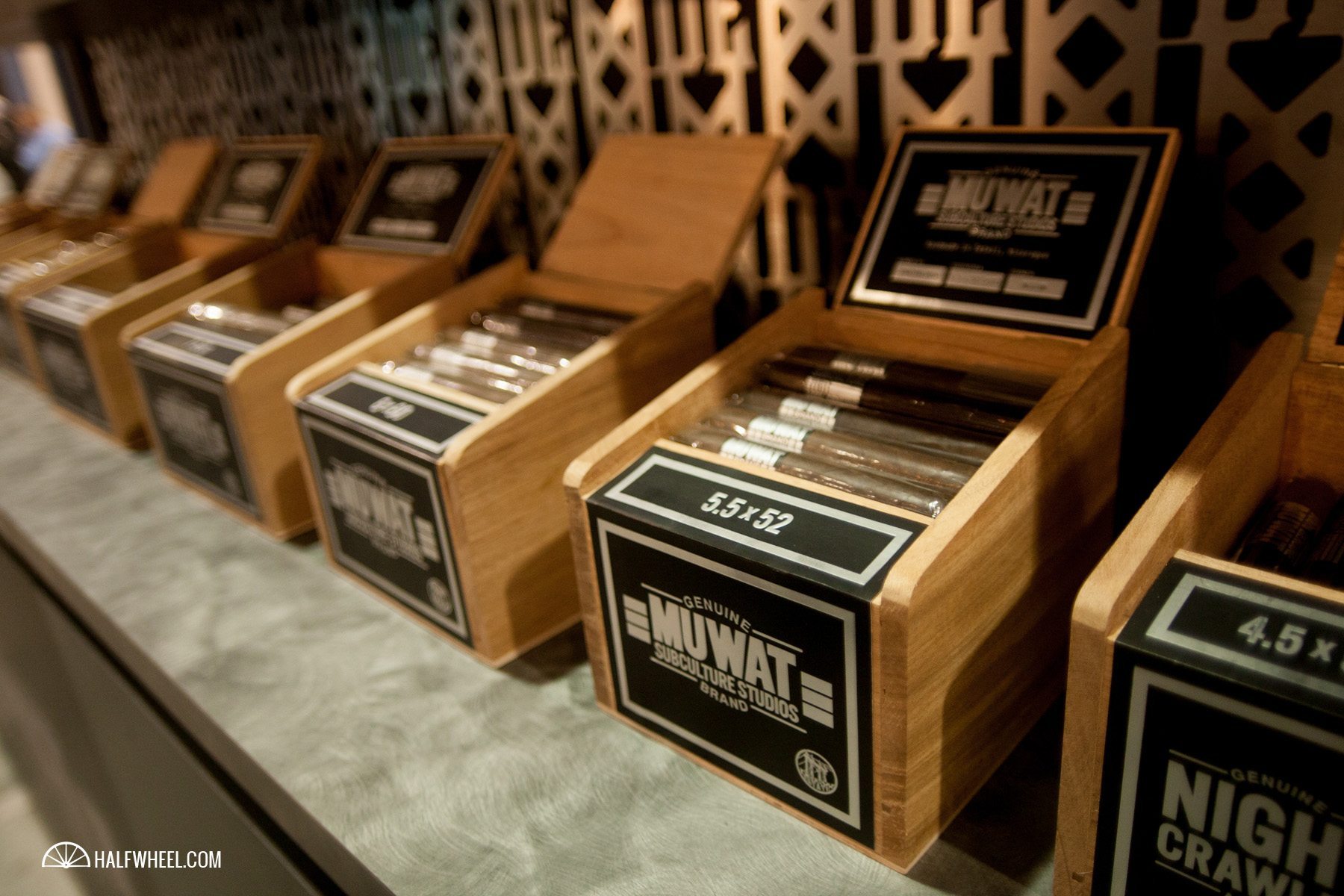 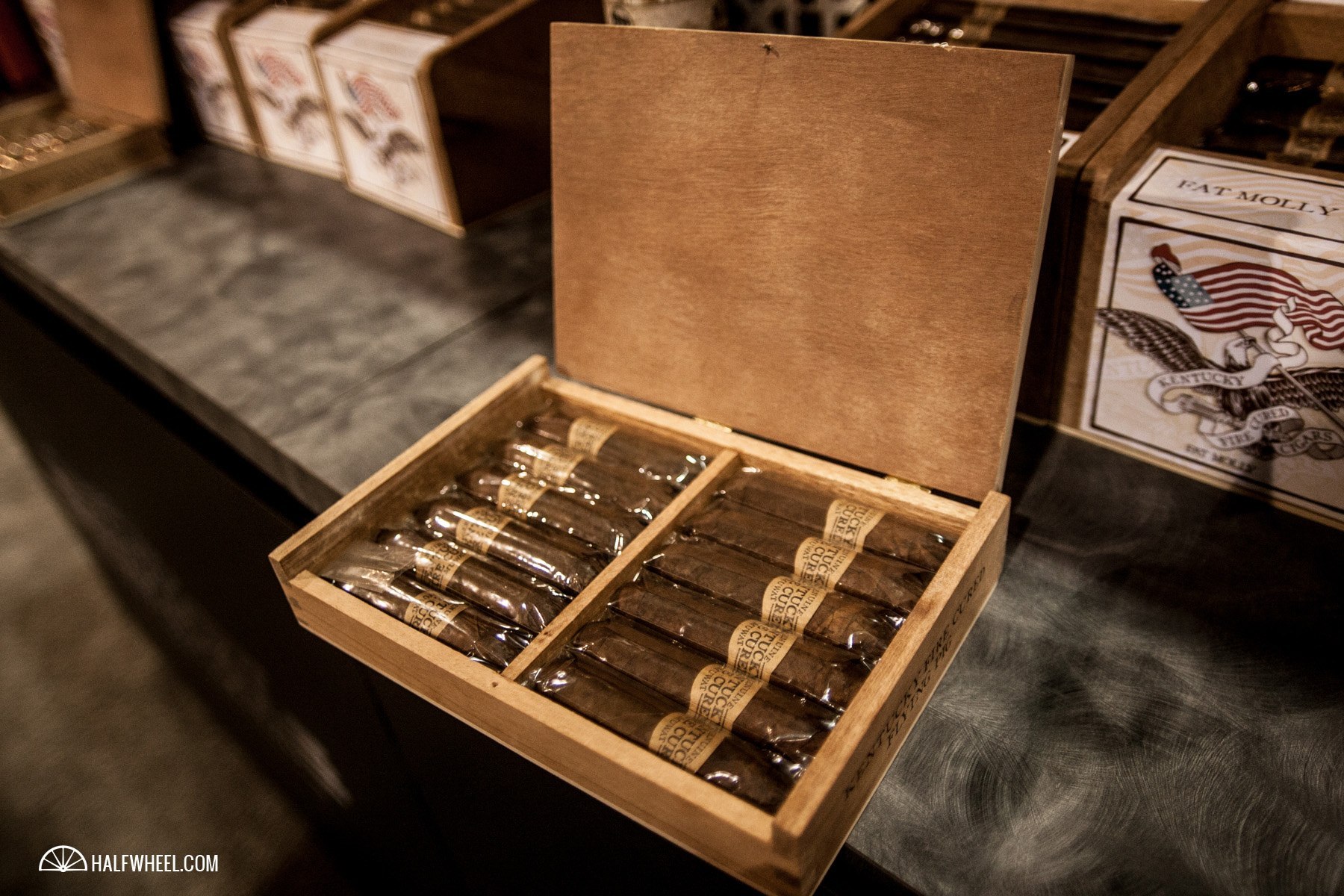 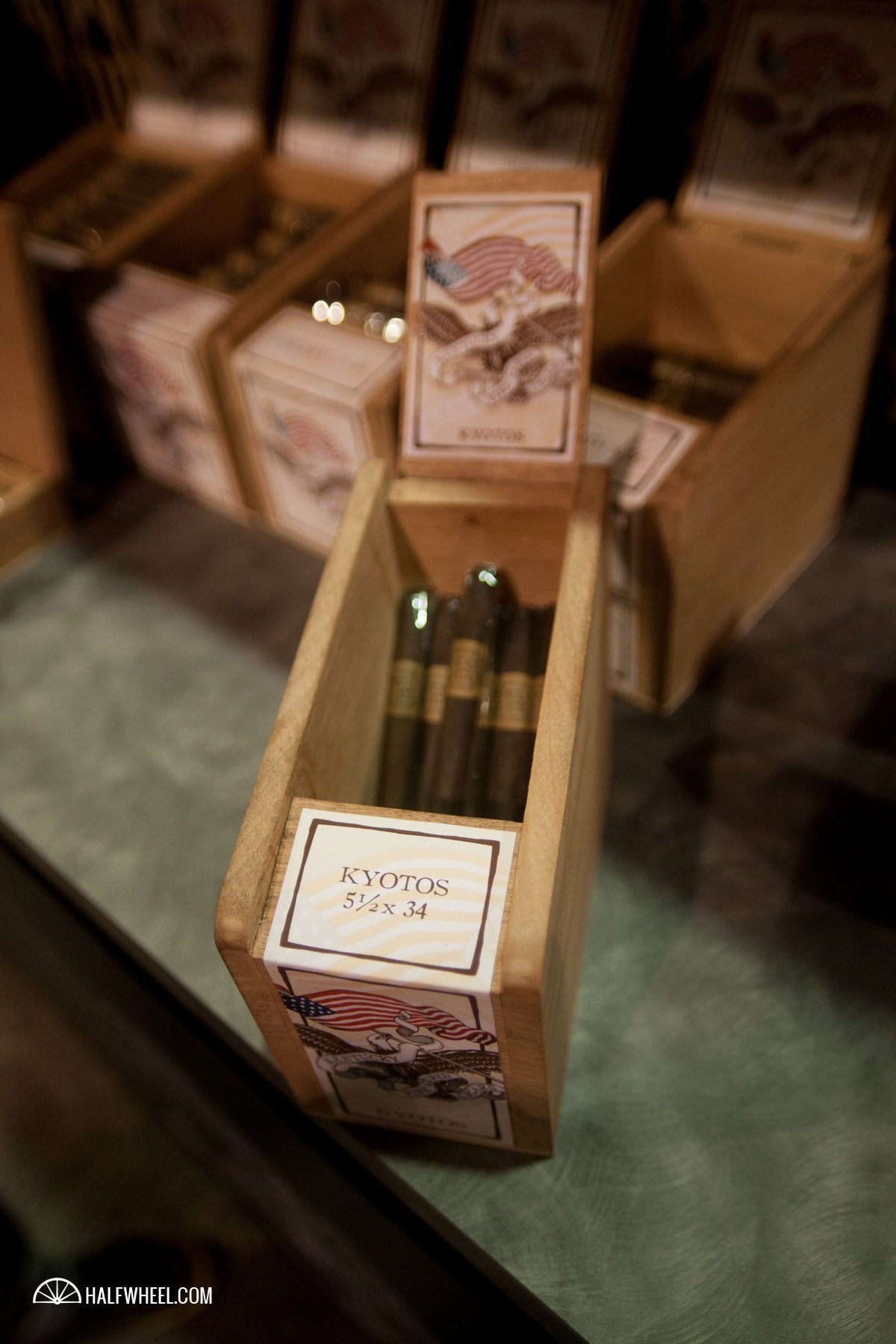 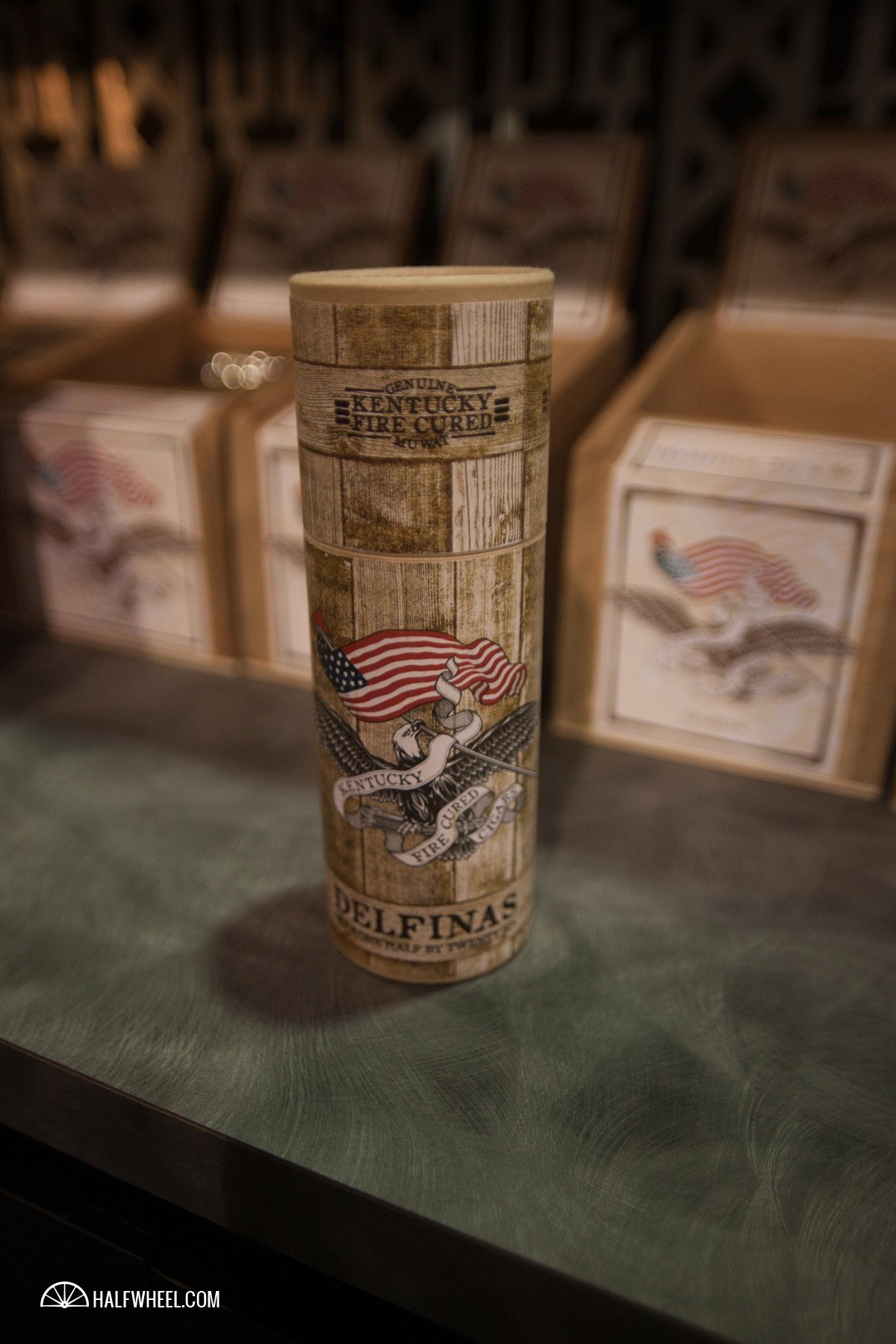 One project that was on display but didn’t have a shipping date was the Kentucky Fire Cured Perique Blend that will be released in the three original sizes of the line, the 6 x 52 called “Just a Friend;” the 5 x 56 “Fat Molly” and a 4 x 46 vitola called “Chunky.” While the cigars don’t use Perique tobacco, they do use the Perique process on the blend’s fire cured tobacco. There weren’t any samples to report back on, but it certainly appears to be an interesting development for the line. There’s also going to be an Undercrown Flying Pig released for the U.S., but someone walked away with the box so sadly, there are no photos to share with you. You can see them in the story announcing them, as well as in this review of the version that was released to the Netherlands in 2012.

Nica Rustica is getting a pair of new sizes, a 7 1/2 x 50 called “Belly” and a 4 1/2 x 50 short robusto. No release date has been set yet, but they will be coming to a retailer near you at some point in the future. 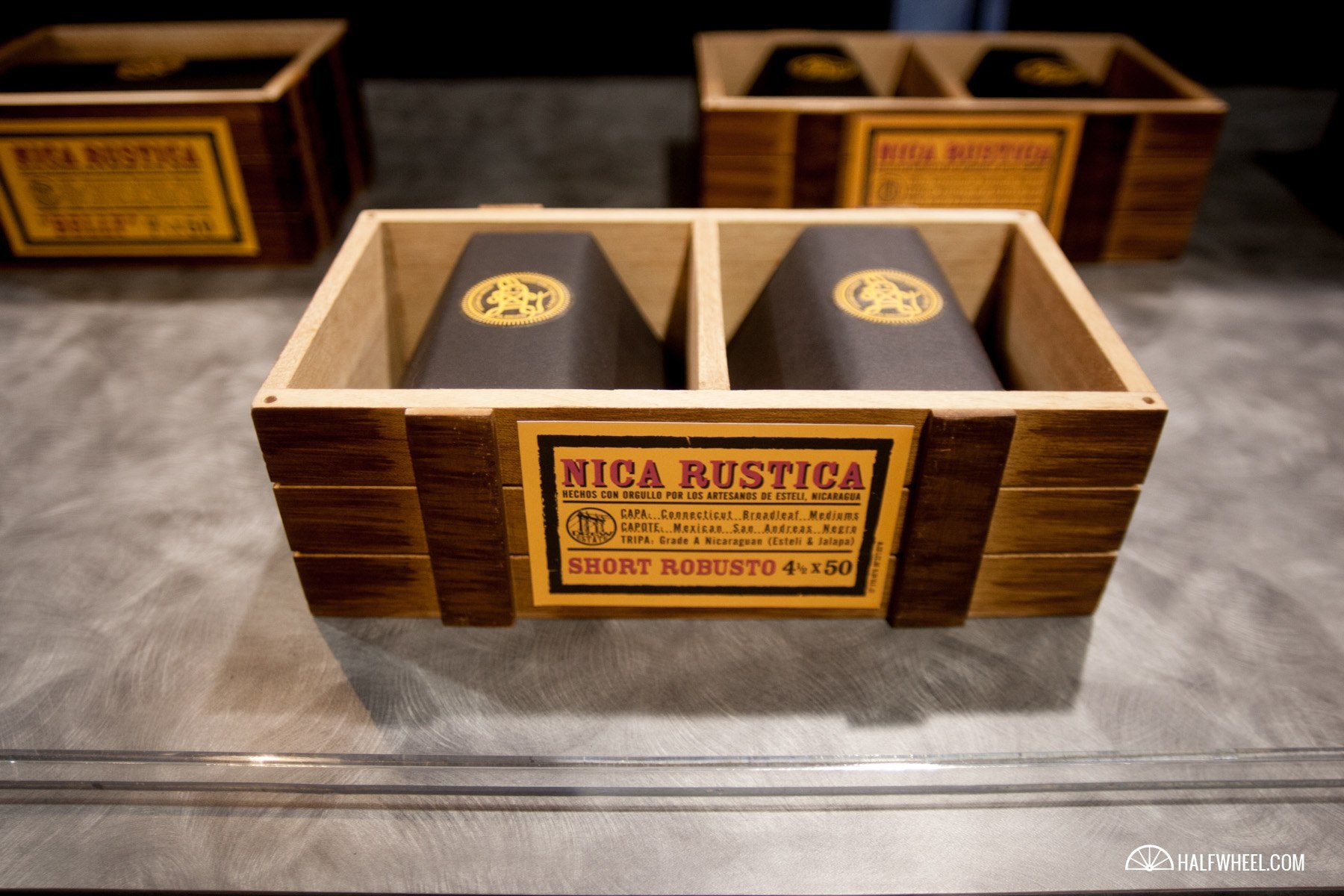 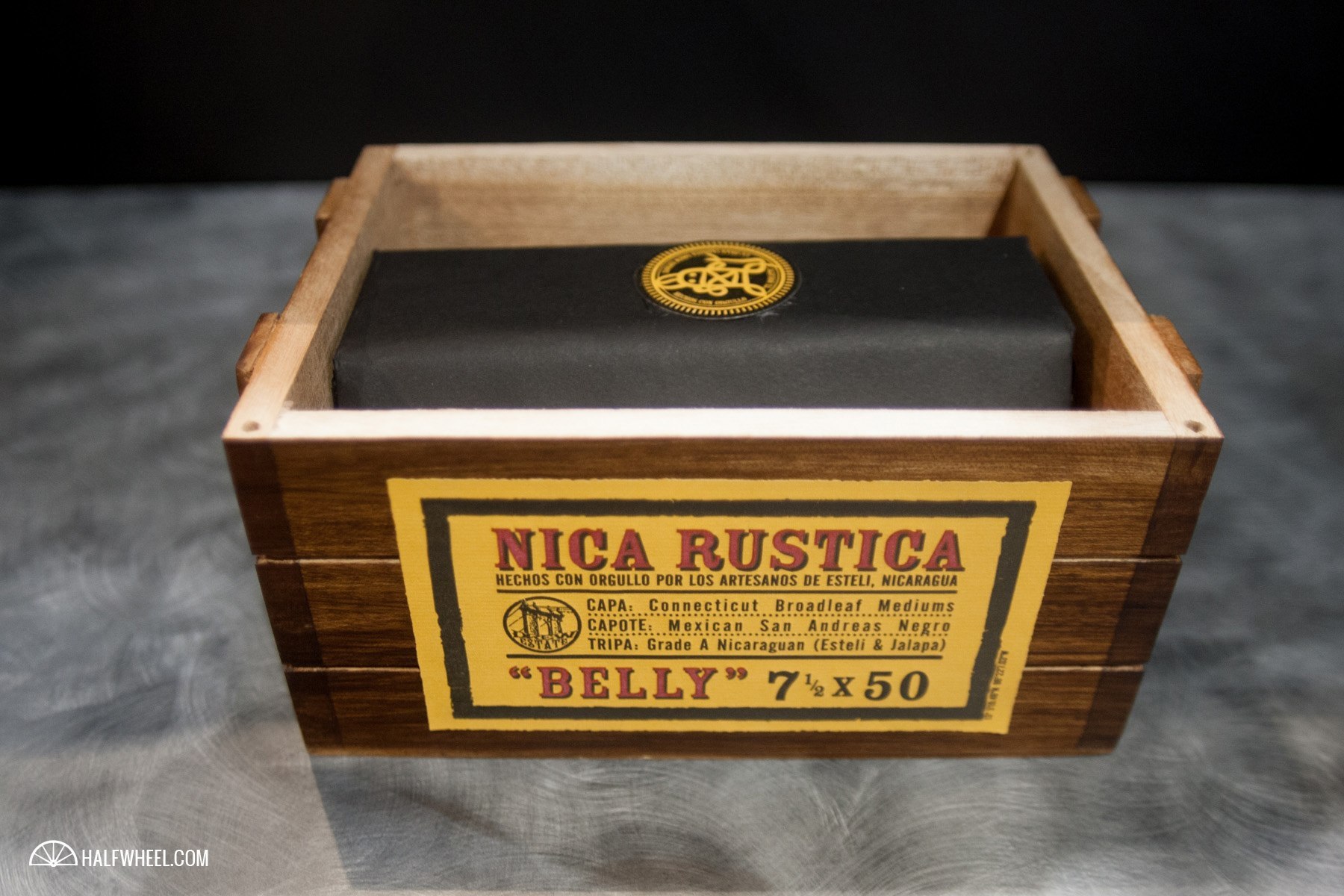 As for the ACID line, there’s a new Blondie Maduro, which is said to cut down the sweetness a bit and offers a more “heavy duty” profile thanks to its Mexican San Andrés wrapper. 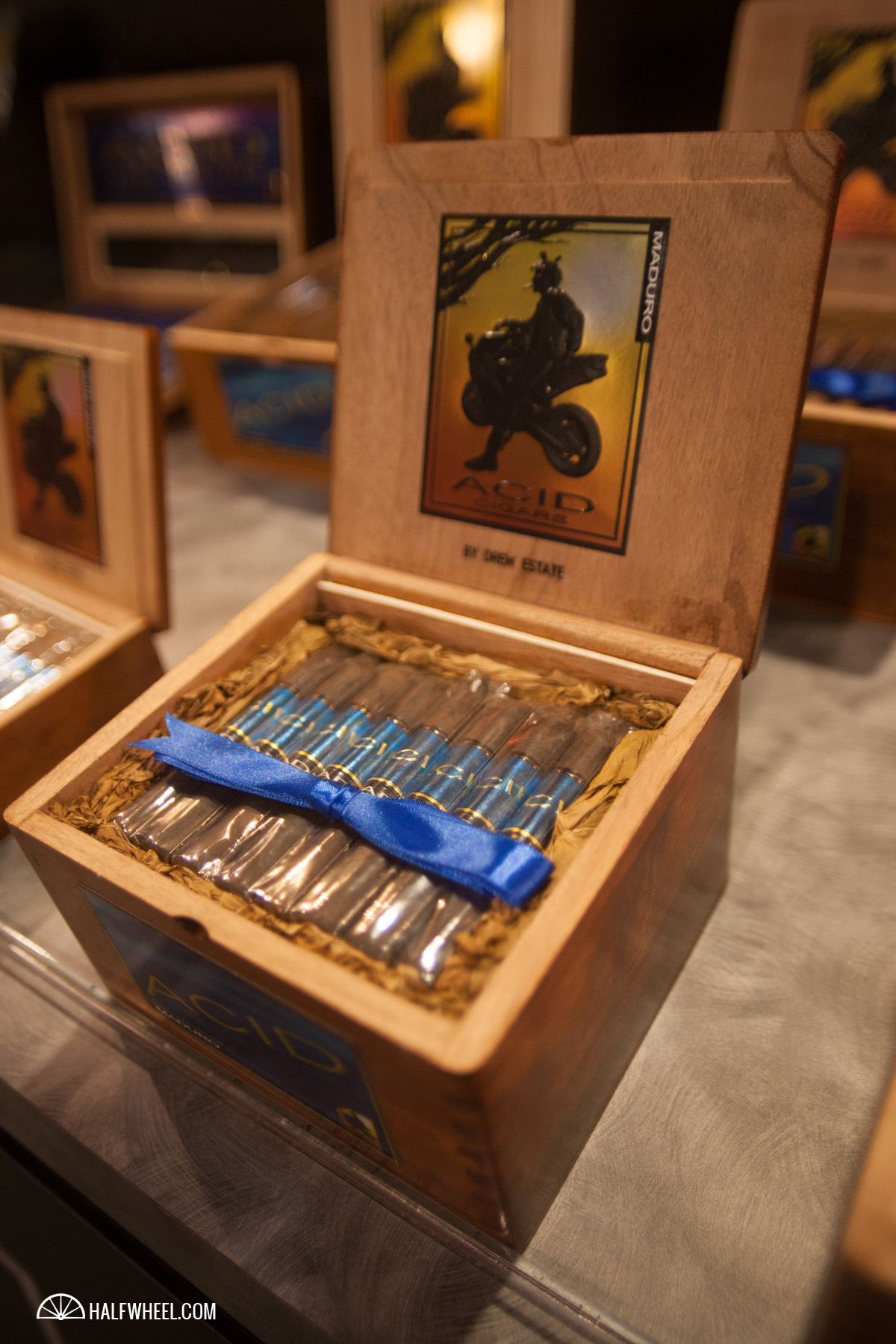 As you may know, Drew Estate has offered gifts for its retailers who come to the show. In previous years it has been shoes, cigar molds, as well as a painted chaveta on top of a tobacco leaf. For this year’s present, the company offered custom painted Stinky ashtrays that bear the logos of the company’s brands. Joya de Nicaragua had its new Joya Red on display, something the company has been promoting for several weeks as its venture into the modern medium cigar market. The project was led by Juan Ignacio Martínez, the company’s president and the son of owner Dr. Alejandro Martínez Cuenca, who represents the younger side of the company and Leonel Raudez, Joya’s longtime factory manager. It’s a Nicaraguan puro that will be offered in four sizes: short churchill (4 3/4 x 48), robusto (5 1/4 x 50), toro (6 x 52) and cañonazo (5 1/2 x 54). All the sizes are under $8 and should be getting to retail fairly soon. Beyond Drew Estate’s offerings, the company showed off the products of Royal Agio, which includes the Panter, Mehari’s and Balmoral brands and annual production in the neighborhood of 800 million cigars, though the bulk of them are machine made. The distribution agreement went into effect back on April 1. Also new to the Drew Estate booth was Tsuge, the Japanese pipe maker. The announcement was made in early May, and with it comes a line of Drew Estate pipes. There are three sizes and all the parts are interchangeable, so you can configure them in a number of options. There’s also a Drew Estate-logoed wind screen that promises to keep the tobacco in the pipe in even the most windy of conditions. Finally, these cigar holders were floating around the booth but not officially on display. They are made by Tsuge and at the moment there aren’t concrete plans to release them, but the idea is being toyed with.