PVC pipe, a bed sheet, spray paint and some lawn chairs. Dissident wanted to make a statement and every indication is they did. It was hardly the most glamorous of booths, but it was a booth and a functional one at that. In addition to the physical booth, there was also “Dissident Sucks” stickers that ended up on everything from other booths to power scooters. 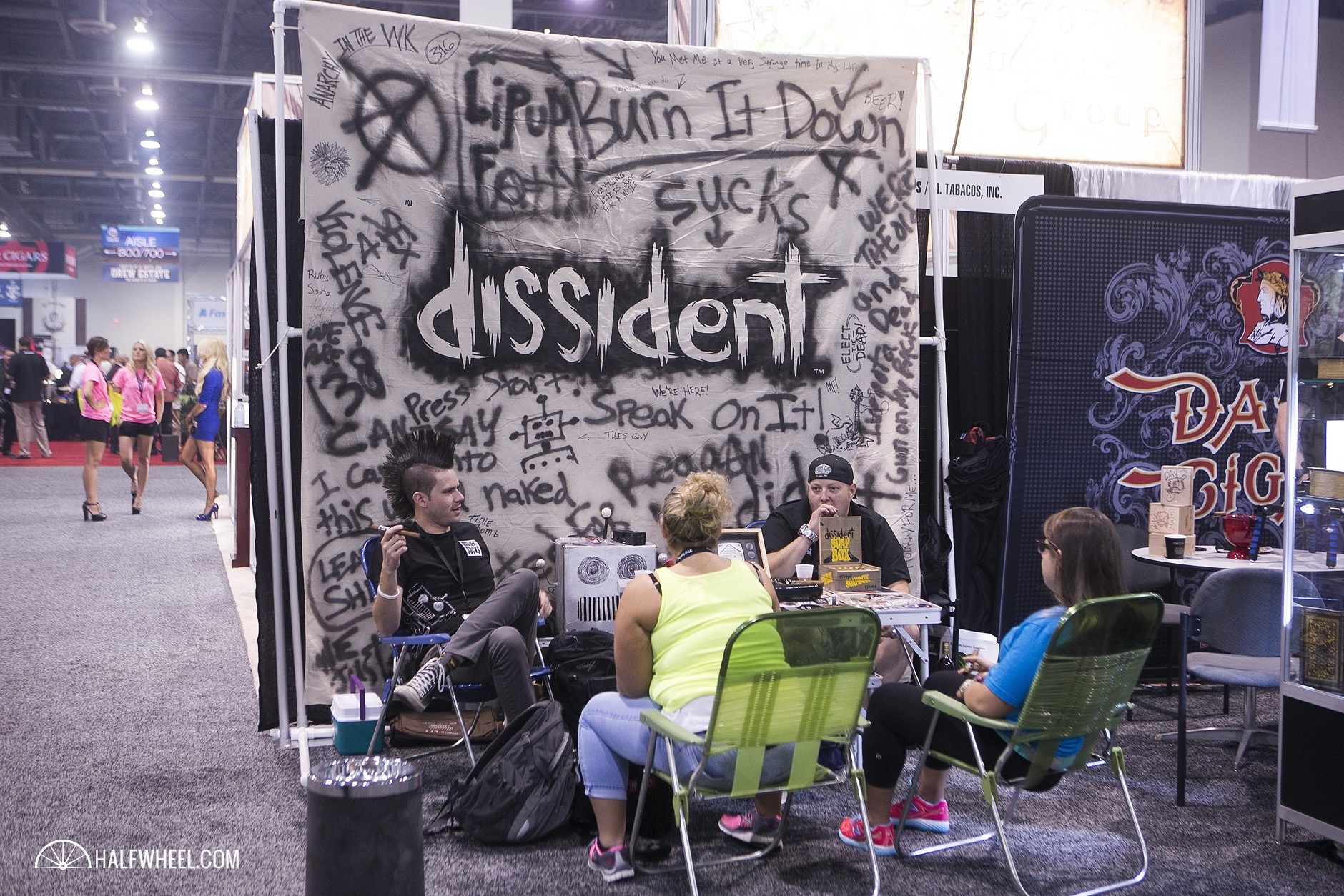 As for new product, there was nothing on display. (There was actually nothing on display). Gorden Crippen gave us a lancero, a private blend he said would never be released for sale. (We offered him a $2 million purchase order and he wouldn’t budge.) The only way to get one is from one of the company owners. Elsewhere, there is a Soapbox Double Perfecto in the works for next year, but no other details were available.

Production has increased four-fold by our calculations, which is a good sign for the one-year-old company.

Update (July 26, 2014): The original version of this story mentioned a collaboration project with Dante Cigars. According to Dante, this is not scheduled for release.