Like his House of Emilio counterpart Steve Ysidron, George Rodriguez was at IPCPR to be at IPCPR, not to show off new product. While the Rodrigo brand hasn’t had an update in over a year, it has been busy for Rodriguez who was part of the launch of Club Leaf & Bean, a Washington, Penn. cigar lounge. 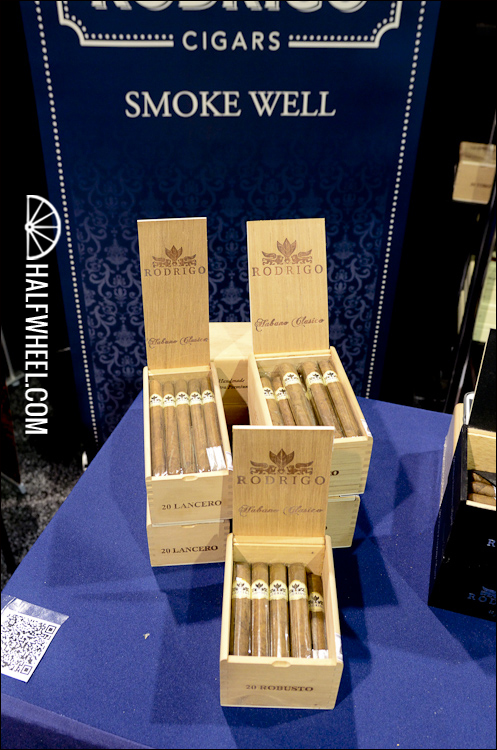 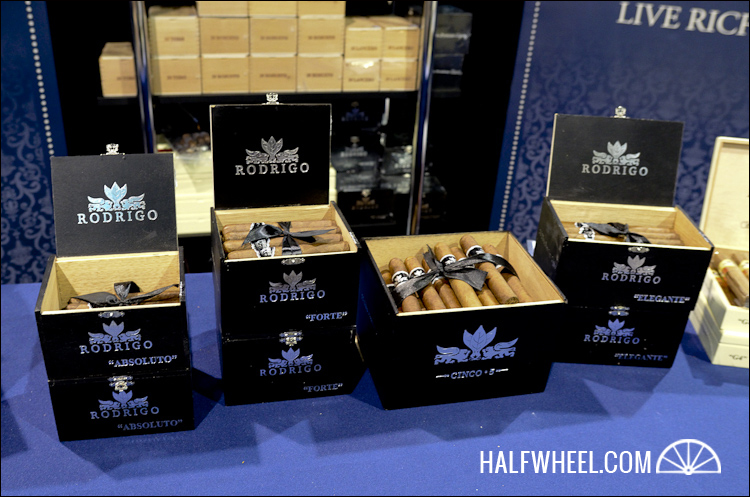 The Booth
Nothing too out of the ordinary here. Rodrigo has a lot of solid brands that I imagine many smokers are unaware of, it doesn’t matter where you start, you should probably end up where I do: La Fortaleza. Of note, William Ventura stopped by the booth while we were there, very nice to talk to one of the lesser-known manufacturing guys in the industry who is putting out quality work.

The Corona Project
It’s back. After last year’s postponement, the trio of Coronas is back on for a fall release. Rodriguez said that he will slowly disclose the tobaccos once the cigars are out.