Not having as good a front-and-center spot as they did last year, A.J. Fernandez still had a very visible and accessible booth along the side. The booth itself hasn’t changed from the previous year’s design, which as far as I’m concerned is fine because it has a classy, open look to it. 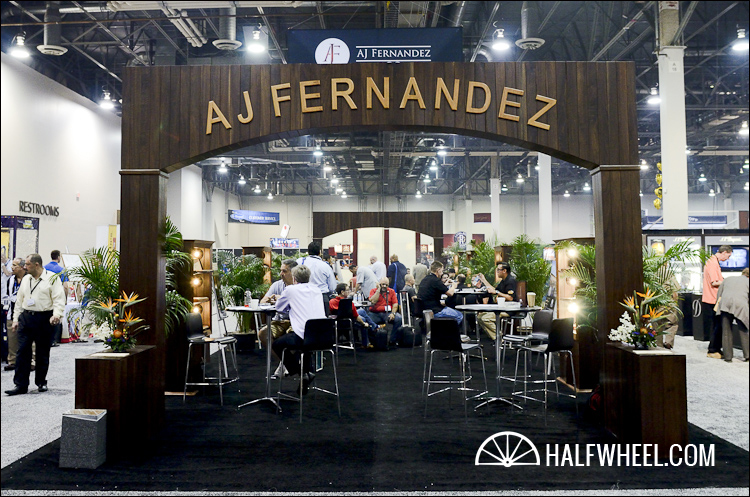 A.J. Fernandez brought a lot of releases, which is interesting considering that the company already had a pretty massive year with the opening of its new Nicaraguan factory. 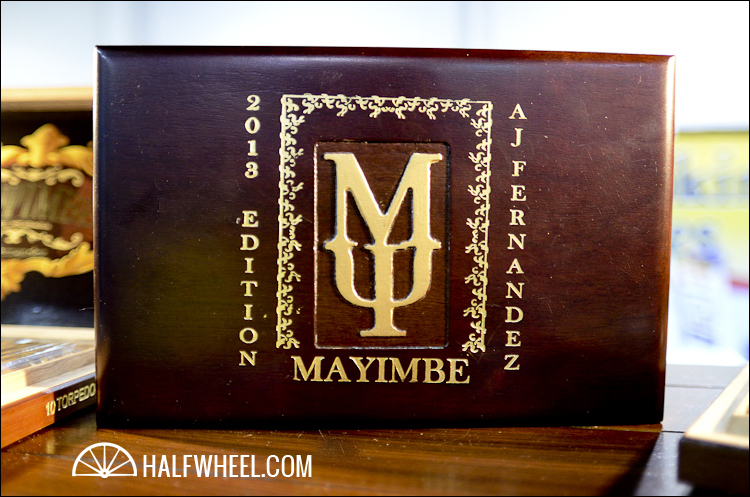 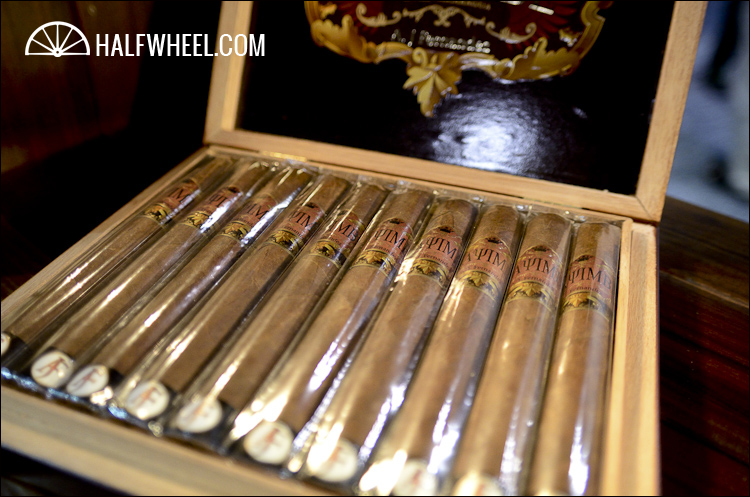 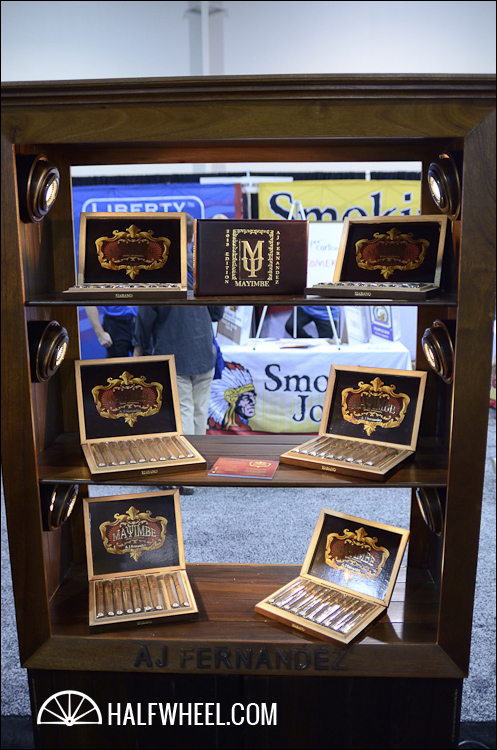 El Mayimbe
As we wrote about just before the show, the newest line for A.J. Fernandez is the El Mayimbe cigar. The wrapper is a Pennsylvania Broadleaf Select, with an AJF Nicaraguan binder and filler that is made up of Nicaraguan, Honduran Jamastran and AJF Privativo tobaccos. With the company’s goal of 25,000 cigars released in each size, they are shooting for 10,000 total boxes of 10 cigars between all four sizes. The sizes will be a Robusto (5 x 56), a Toro (6 x 56), a Churchill (7 x 56) and a Torpedo (5 x 56). 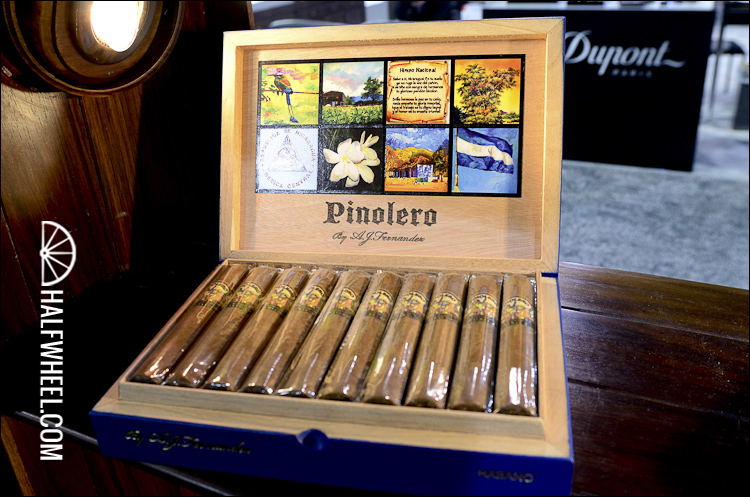 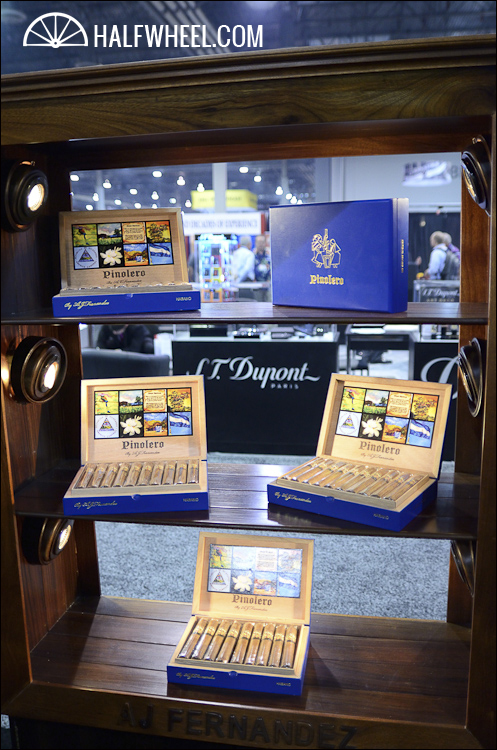 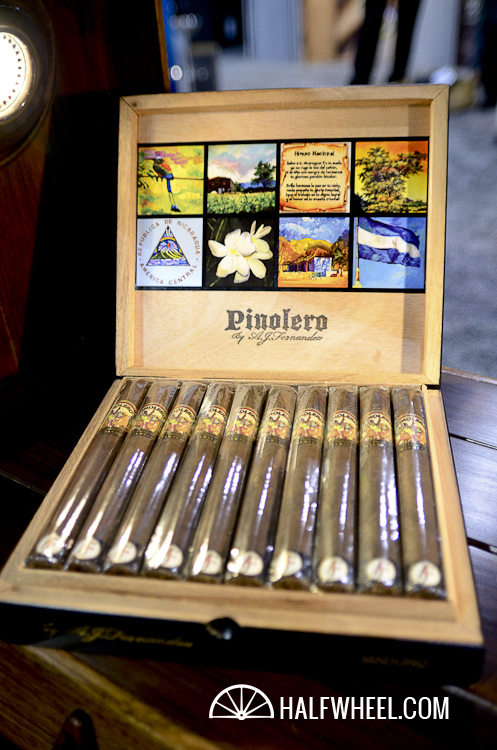 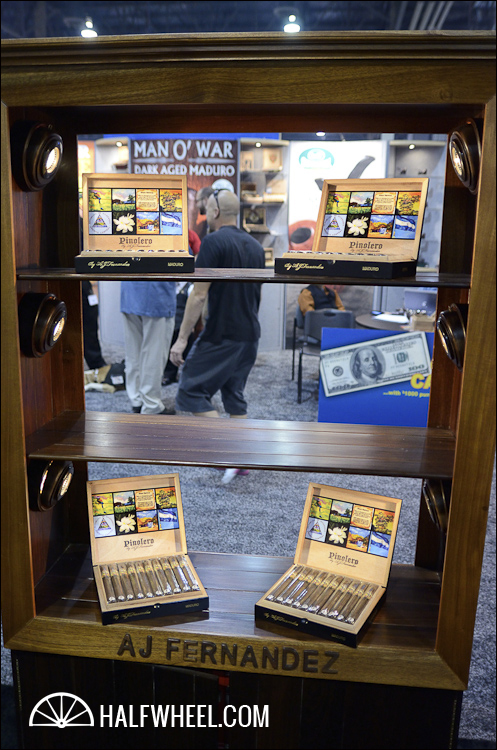 Pinolero Maduro
The Pinolero line is also getting a Maduro wrapper line extension as well. It will be available in all the same sizes that the previous Pinolero Habano line had. 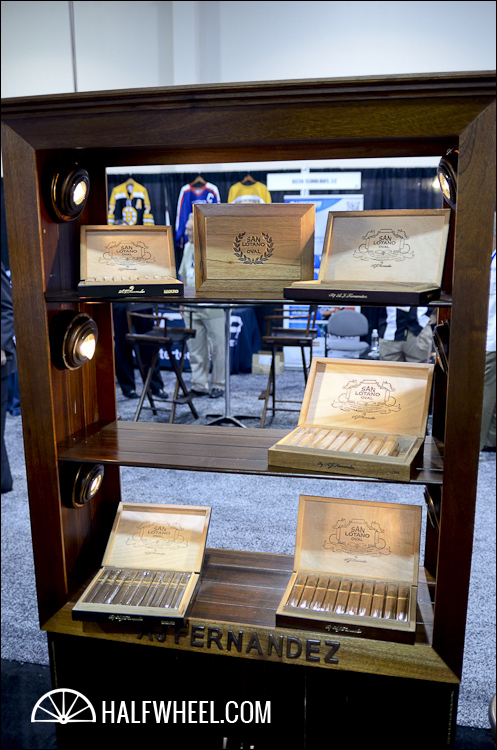 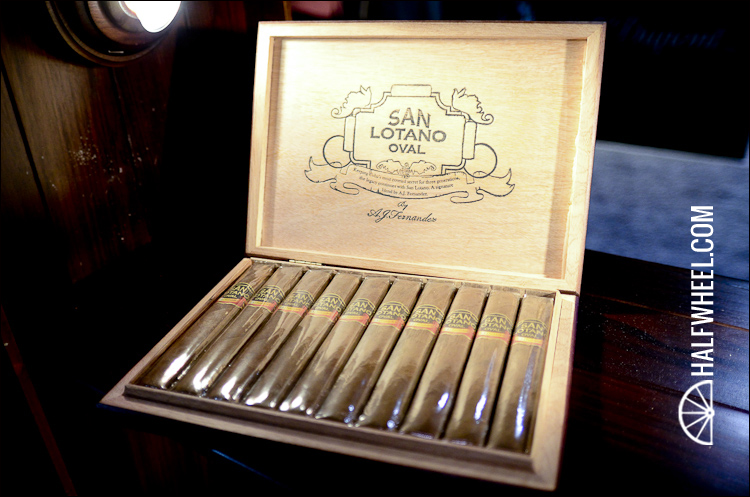 San Lotano Oval Connecticut
This year the Oval line is getting a Connecticut wrapper added to the Habano 2000 and Maduro lineup. It will be offered in the same six sizes as the regular Oval.