Fuente showed off new products at IPCPR 2012, Prometheus offered them for sale. While Keith Park had long described his 2012 trade show as something filled with a near overload of new products, he confirmed to us shortly before the show that he deemed the original plans as too much—so Prometheus was left with just two major anniversaries to celebrate. The Booth
New stuff in front, which makes it easy for everyone. The espresso was back. 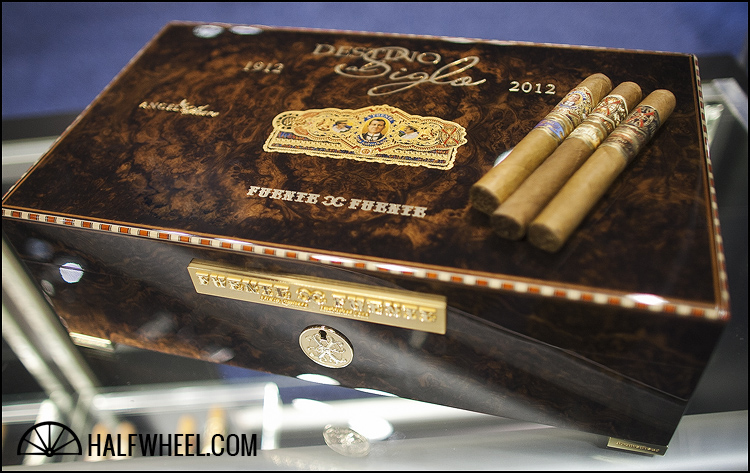 2012 Limited Edition Fuente 100th Anniversary Humidor by Prometheus
Only 100 will be made at $3,500 a piece. There are fifty cigars, but the one’s of note are the 10 Angel’s Share Toros. Destino al Siglo
This year’s version of the Fuente Story. 2,012 pieces will be made.