Prometheus’ mixture of limited editions, regular lines and accessories make it one of the busiest booths of the show, this year was no different. I guarantee what’s after the jump is missing some humidor, but it includes a new line, a new limited line, Opus 22 sets, Gran AnivXario extensions, accessories and a lot more; which is a lot. 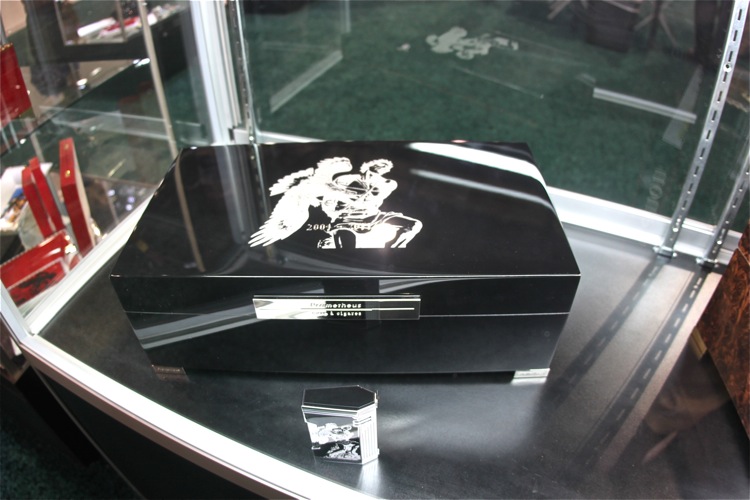 God of Fire Humidor
There are seventy-five humidors being produced, twenty-five of each color. Retail is $2,495.00 for: 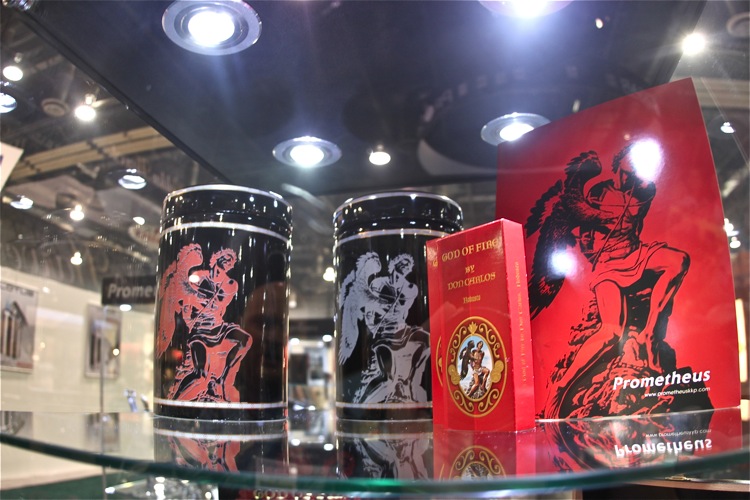 Fuente Story 2011
This will be out in November. 2011 limited edition sets and will retail for $160.00. Of interest, this is the first time I’ve seen the Natural version of the Gran AniverXario in cedar. Fuente Story Humidor 2011
There will be 99 humidors (35 Macassar Ebony, 35 Walnut and 29 Red Syacmore) made featuring five of each of the five sizes of Gran AniverXario in each wrapper. The Cigar Family post covers the sizes. These retail at $2,995.00. Prometheus Sherlock
This is a pipe lighter with a built in tamper. Retail is $59.95. Sencillo Black
The plan is to keep these in limited accounts for a bit longer. It’s a bit different than what I was expecting, but it was a definitive change-up from the regular Sencillo line.

Like the Cigar Family booth, the words from Keith Park were, “next year” — a reference to Carlito’s plans for Fuente’s 100th anniversary. — el niño diablo.