Late last year, RoMa Craft Tobac announced six new limited edition cigars for 2019. Two of the new cigars are under the company’s CRAFT brand, while the other four are extensions to the company’s core line: one CroMagnon, two new Aquitaines and this one for the Intemperance EC XVIII line. 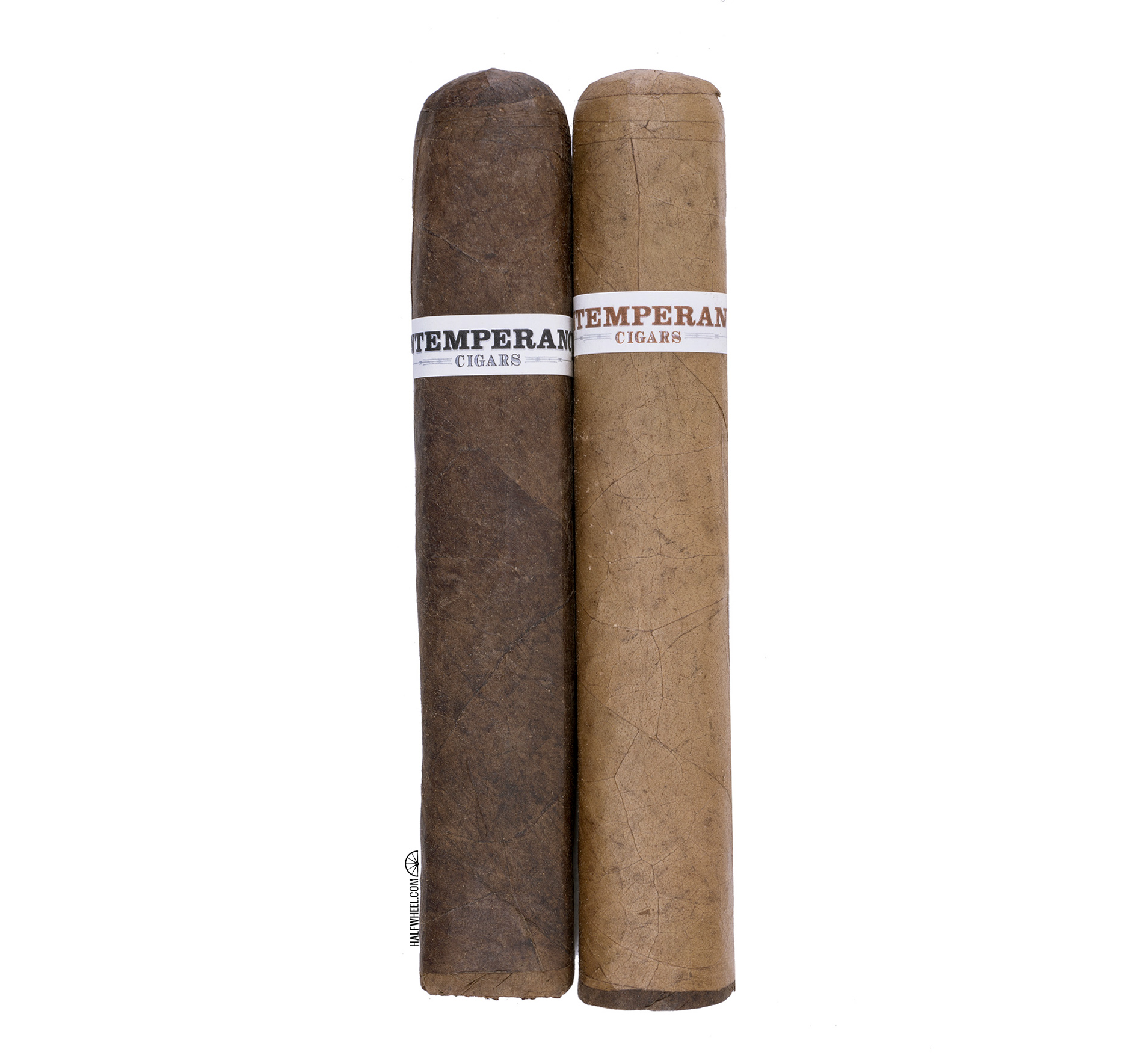 It’s called Goodness, a 5 x 56 box-pressed parejo. If that sounds like a familiar Intemperance cigar, it’s because Goodness is the sister cigar to the Intemperance BA XXI Revenge, which debuted in 2014. 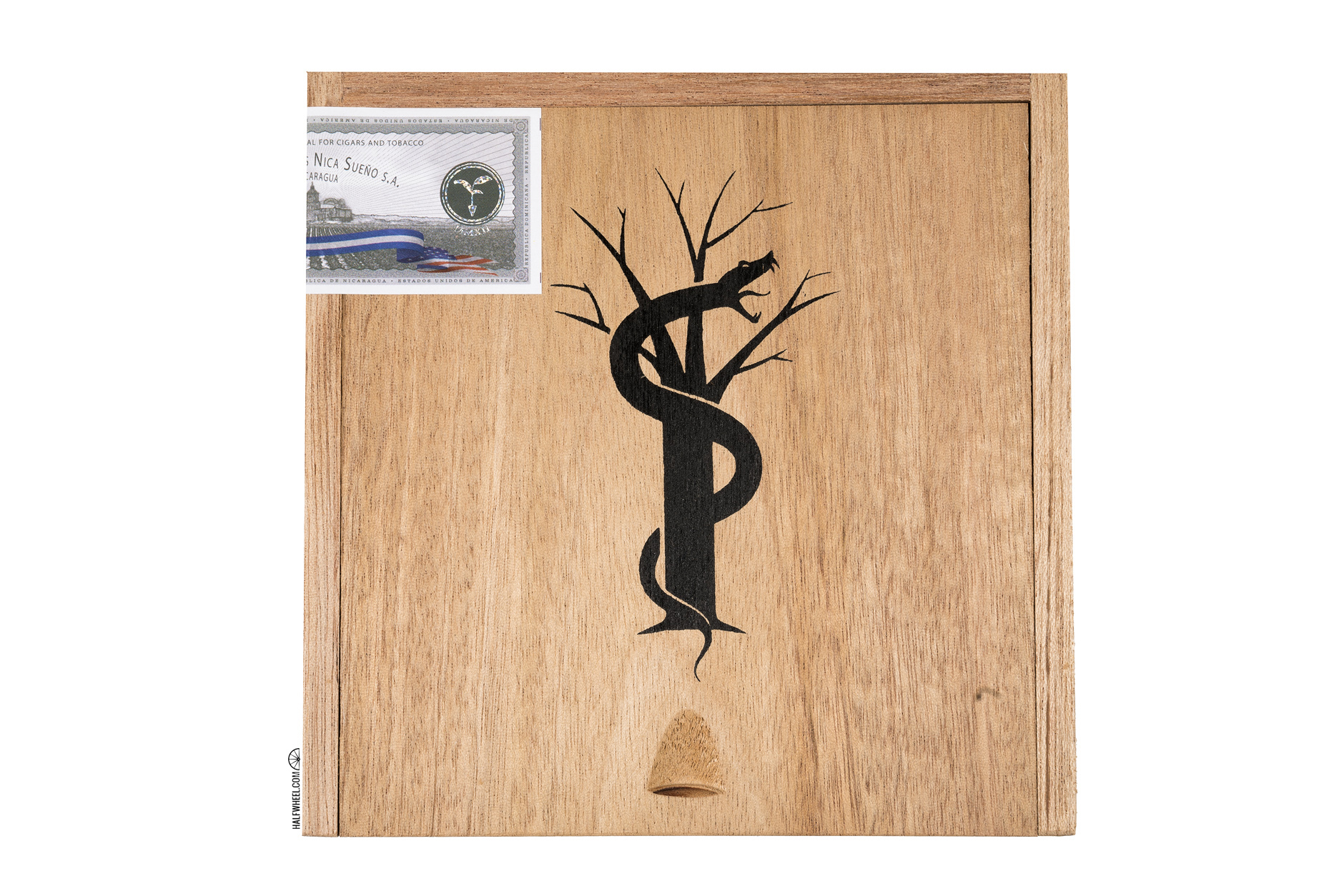 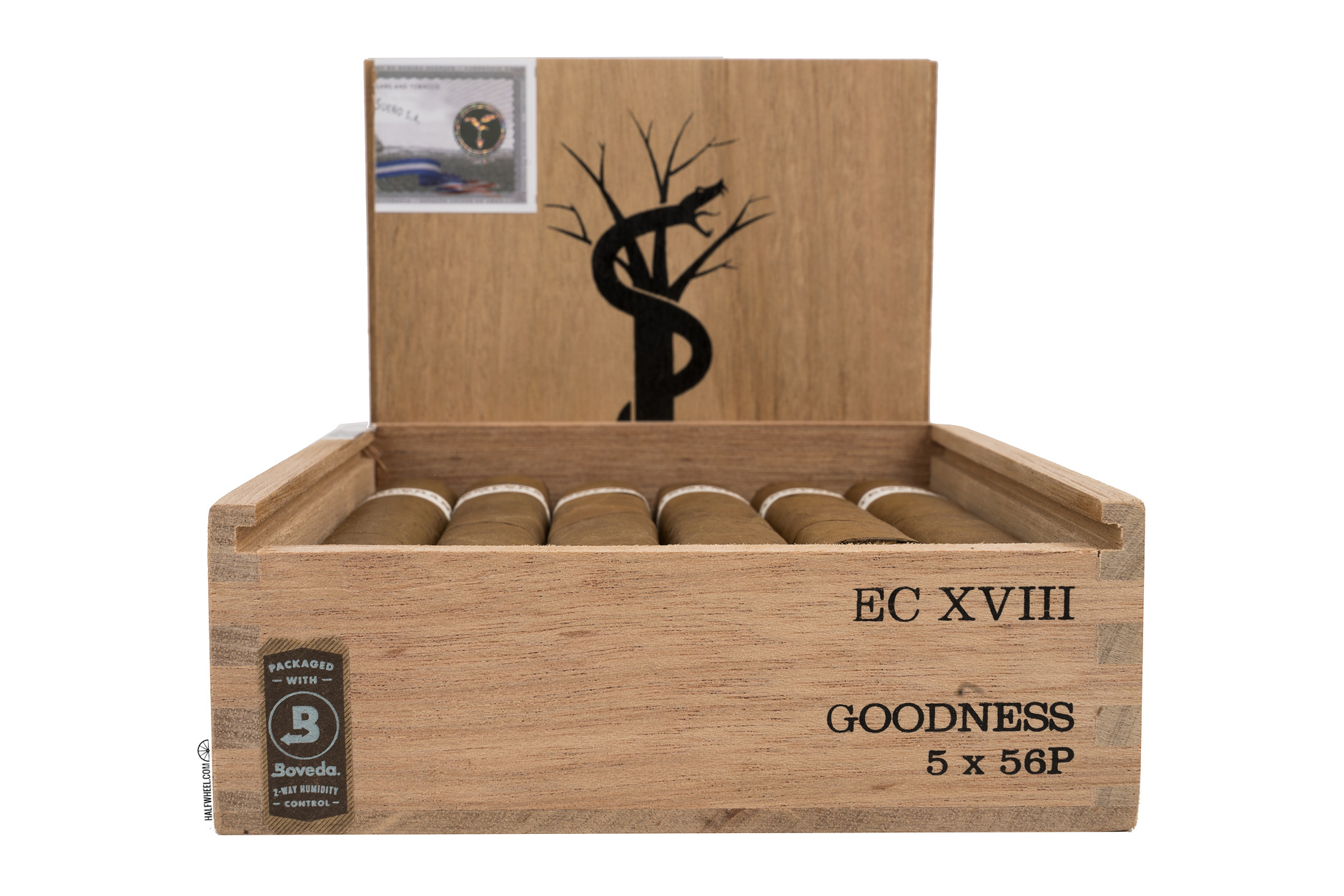 While Revenge was originally released as a limited edition for a single store, Goodness is limited to 500 boxes of 12 cigars nationwide. 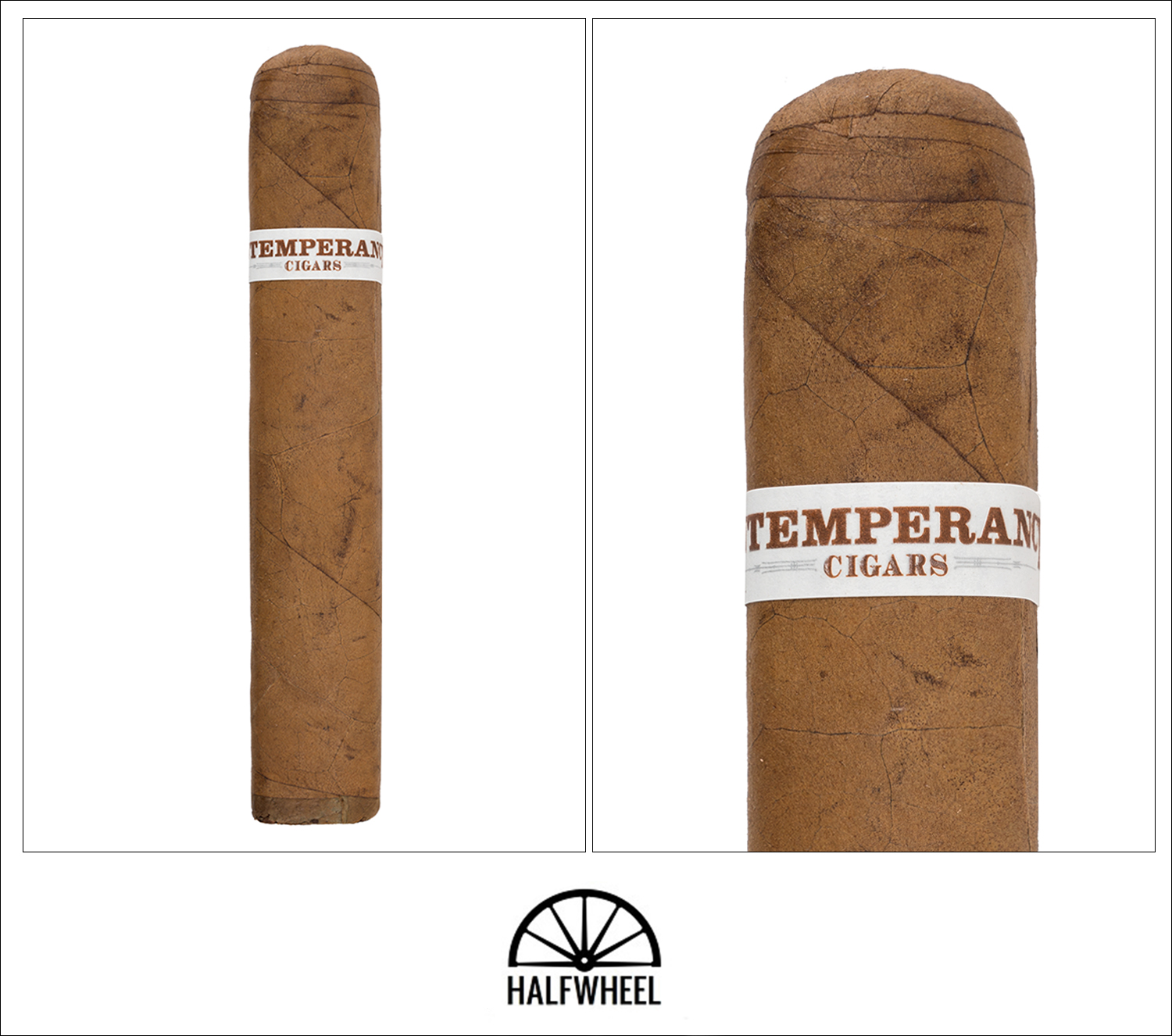 If you are familiar with the Intemperance in the Ecuadorian Connecticut variety, the Goodness’ appearance will be of no surprise. It looks like any other of the Intemperance blends with a candy bar-style box press and a barely exposed uncovered foot. One thing I’ve admittedly not paid attention to before but noticed here is that the brown color the band appears to be the same as the wrapper. Aroma off the wrapper is medium-plus with a fair bit of acidity over some graham cracker and nuttiness. The foot has graham cracker, baker’s spices, a bit of irritation—though no definable pepper flavor—and a bit of a plywood sensation that reminds me of walking down that aisle at a hardwood store. The cold draw is medium-full with peanut butter, graham cracker, a bit of earthiness, some creaminess, orange zest and a bit of paprika.

Despite the plethora of cold draw flavors, there’s not a great number of flavors on the initial puff. It’s medium-full and dominated by nuttiness over some floral, creaminess and some rich earthiness. The nuttiness remains at the forefront of the intemperance EC XVIII Goodness joined by a creaminess. Retrohales are a bit toastier with creaminess, roasted peanuts and an almost coffee-like nuttiness. Flavor is full, body is medium-full and strength is medium. Construction is good for the most part, though two cigars need a touch-up to keep the burn going. For whatever it’s worth, the one that avoids the touch-up burns much slower taking nearly 45 minutes to get through the first third. 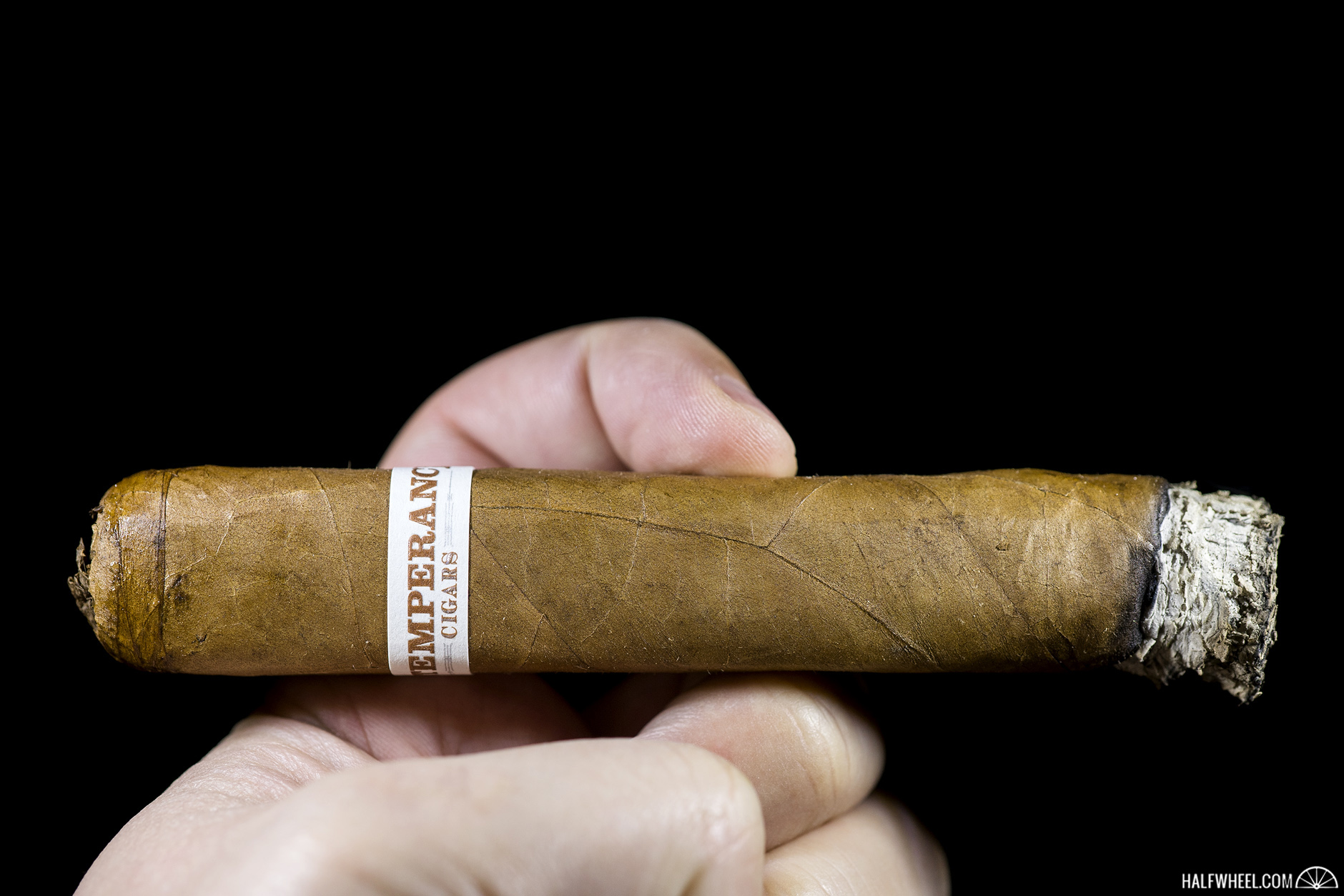 The Intemperance EC XVIII Goodness keeps the nutty core for the second third, though the earthiness is now much more defined as the second most impactful flavor. While the creamy flavor is still there, it seems to switch between a milk creaminess and a lemon creaminess. Retrohales have even more nuttiness, toastiness and for the first time in the cigar, a bit of black pepper. Flavor remains full, body is medium-full and strength is medium-plus at times, though probably best described as medium. 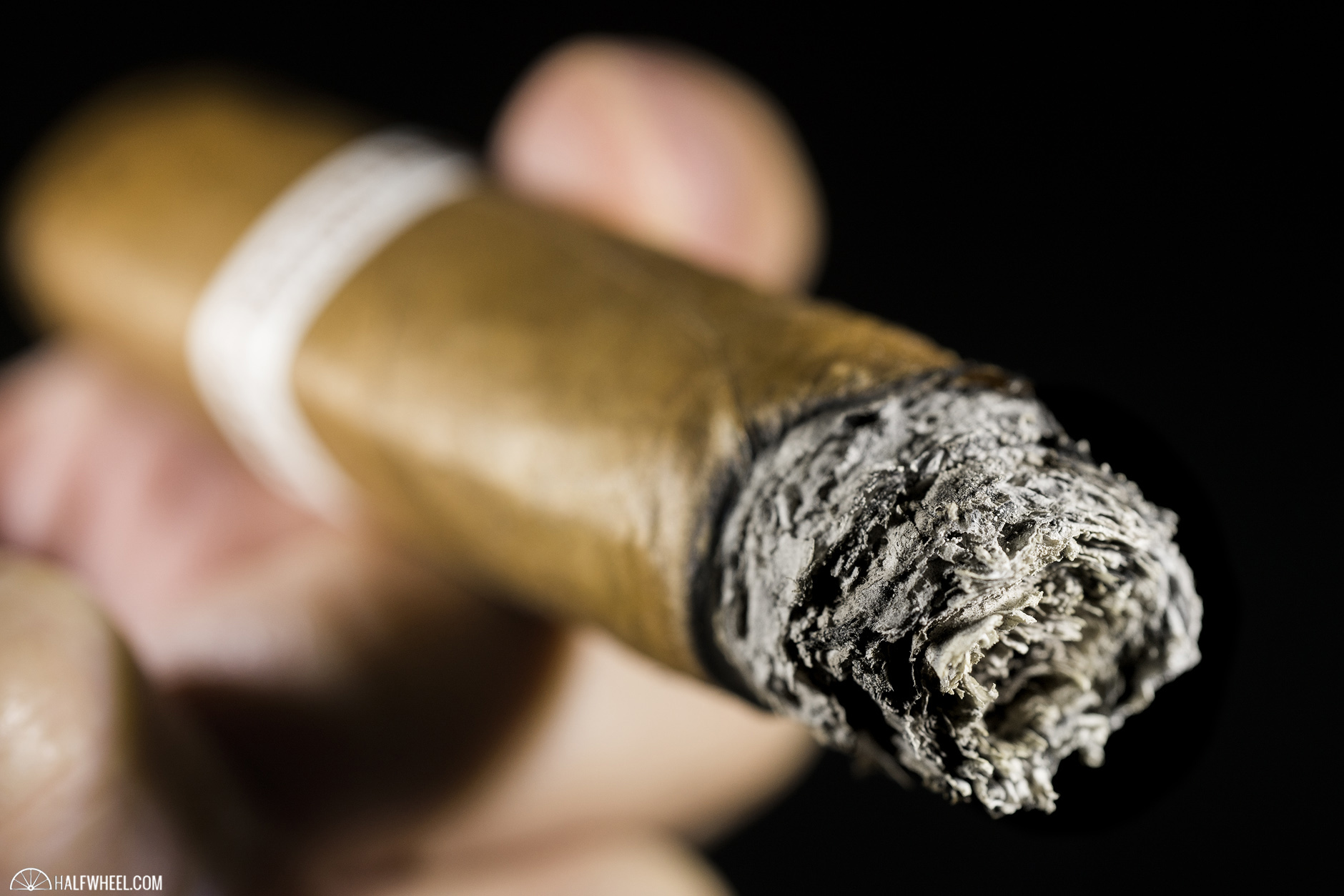 For better and worse, the Intemperance is pretty similar in the final third. During some puffs, it’s challenging to tell whether the earthiness or nuttiness is the main flavor of the cigar. On one sample, the earthiness is much more prevalent though I suspect that’s due to the touch-ups on the cigar. The creaminess is nowhere to be found, though the lemon flavor is still prevalent and now joined by an orange flavor. At times the black pepper seems like it wants to be more of a presence, but it never goes much of anywhere. Flavor is full, body is medium-full and strength is medium. 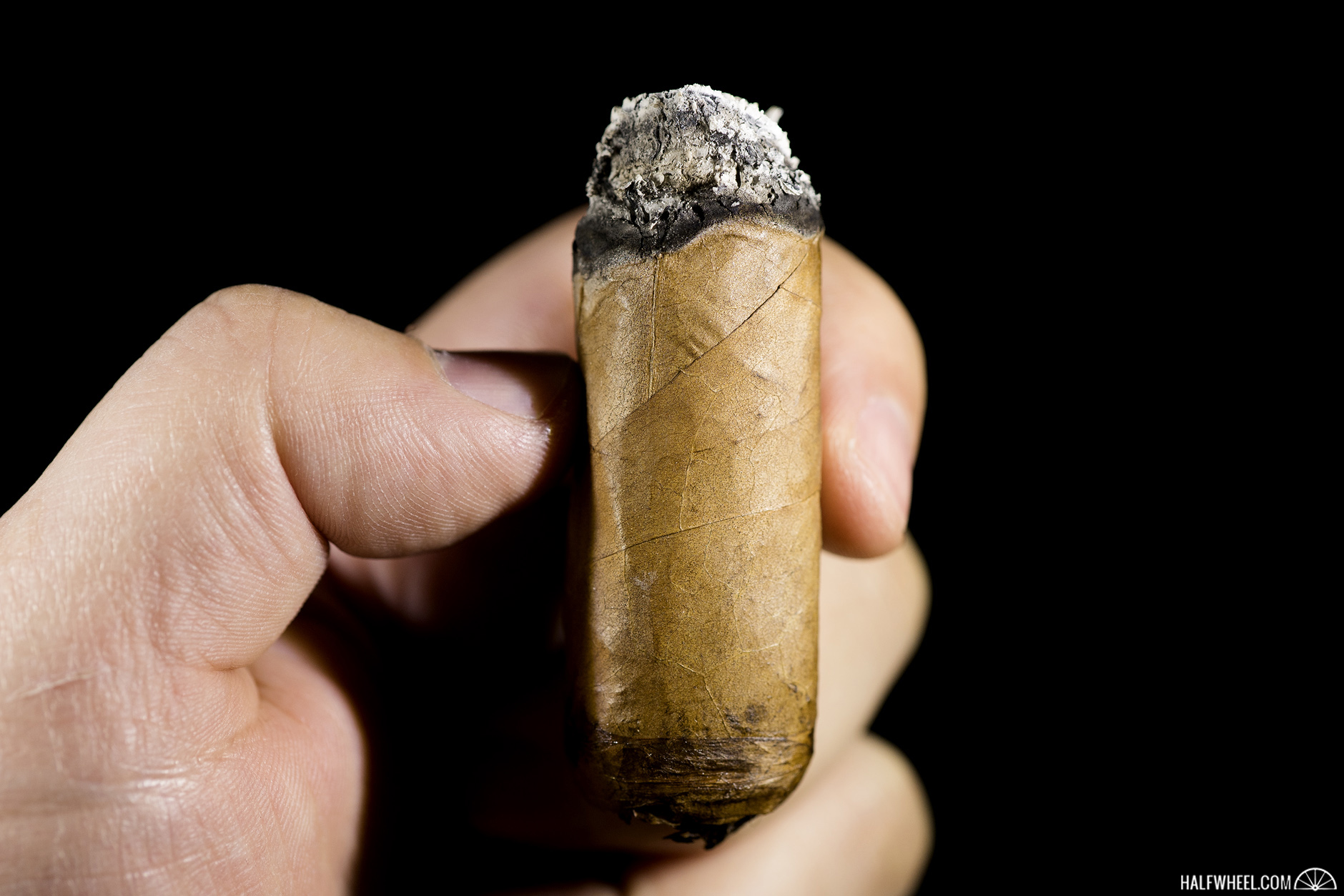 While I’ve always preferred the BA to the EC version of the Intemperance, the Goodness is one of the best of any of the Intemperance vitolas I’ve smoked. While I’m not sure any one thing stands out with the intemperance EC XVIII Goodness, every way to evaluate the cigar can be described, at the very least, as very good. While it might not be the flashiest of the limited edition RoMa Craft Tobac releases of the year, the Goodness is certainly worth tracking down.