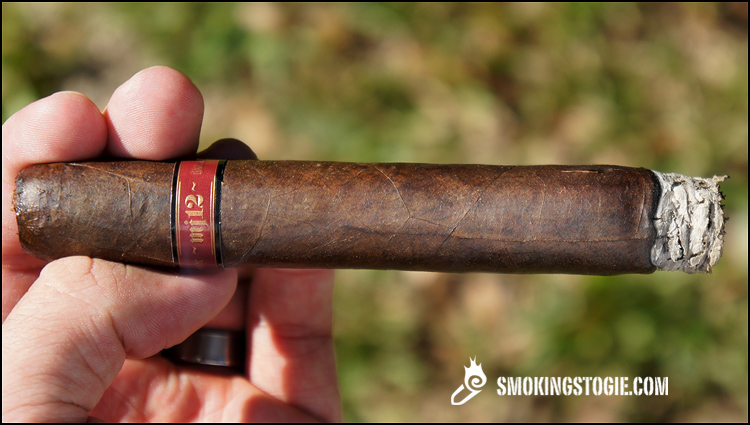 At IPCPR 2011, Dion Giolito, owner of Illusione Cigars, added a Maduro version of four vitolas, to his core line joining the ~hl~ Maduro that has already been out for some time. The four new Maduro sizes are the 88, 888, cg:4, and ~mj12~. Dion is a bit of a conspiracy theorist, and like most of his cigars the ~mj12~ (a.k.a. The Majestic 12) has a story behind its name. According to Wikipedia, The Majestic 12:

is the alleged code name of a secret committee of scientists, military leaders, and government officials, supposedly formed in 1947 by an executive order of U.S. President Harry S. Truman. The alleged purpose of the committee was to investigate UFO activity in the aftermath of the Roswell incident—the supposed crash of the alien spaceship near Roswell, New Mexico, in July 1947. The Majestic 12 is an important part of the UFO conspiracy theory of an ongoing government cover up of UFO information.

The ~mj12~ Maduro is wrapped black paper, which distinguishes it from the original ~mj12~ which is wrapped in silver foil. The silver foil is, of course, a nod to aliens and the conspiracy surrounding the Roswell incident.

It’s a nice story, but the real question is how does it smoke… 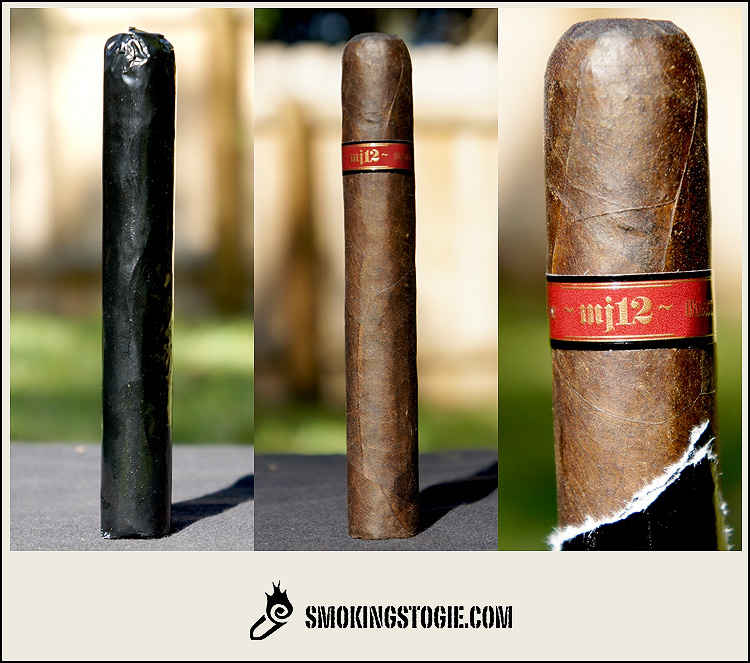 The ~mj12~ Maduro has a dark chocolate brown wrapper with some black streaking in it. To the touch, the cigar feels like fine grit sandpaper. There is minimal veining and the veins that are present are very small. The cigar is almost rock hard, with no soft spots and little give. There is a small amount of oil present on the wrapper, and the cap is perfectly applied. The wrapper smells like a combination of manure, espresso and leather. At the foot there is barnyard aroma that is a combination of manure and dry hay. The cold draw reveals flavors of hay and black licorice.

The First Third opens with an interesting spice that hits primarily in the back of the throat, and isn’t present through the nose. The spice really reminds me of the black licorice that I tasted on the cold draw. There is also a dark roasted coffee flavor, including the bitterness associated with a dark roast. Further, there is a meaty flavor, like an un-spiced beef jerky. The flavors are pretty well balanced, although they feel slightly muted.

In the Second Third, the spice transitions more toward the cinnamon profile I have come to expect from San Andrés Maduro. At this point, the spice is lessened on the palate, and instead is revealed more on the retrohale. The dark roast coffee flavor has also transitioned to a dark chocolate profile, and some of the bitterness has faded. The burn and the draw are perfect, and there is plenty of thick, flavorful smoke. The ash never holds past three-quarters of an inch. 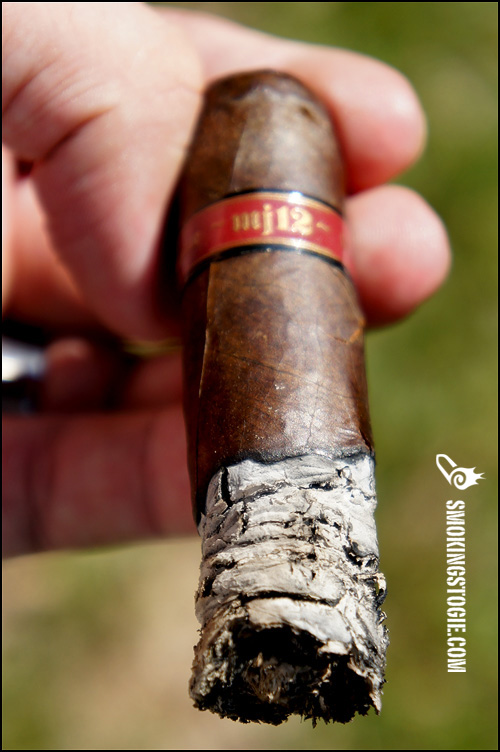 The Last Third is by far the best. There is a nice dry wood note emerging. The cinnamon spice is still present, as is the dark chocolate, but both flavors are more pronounced. Flavors, which started out muted, are now shining through, and the balance and complexity are spot on. 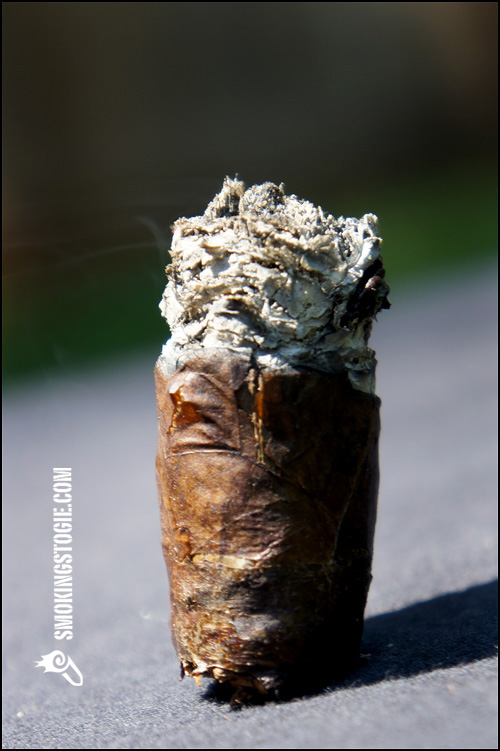 The Bottom Line: Overall this was a very good cigar. The first regular 888 that I smoked was a game changer in my opinion, and this cigar doesn’t quite rise to that level. The ~mj12~ Maduro is a solid cigar and gives you a slight twist on the typical Maduro flavor. The black licorice in the first third was an interesting flavor, and one that I haven’t really experienced in many cigars. I think fans of Maduro cigars will really enjoy this and because of the complexity and balance I believe that the cigar is worth the purchase price. I personally would have to try a few of the other vitolas before I decided on a purchase, but this is a cigar worth keeping on hand. In sum, this cigar was very good, but not life changing.