In April 2016, HVC Cigars released the first of what has now become three different vitolas in a new line that takes its name from a traditional Spanish phrase.

That phrase is se vende como pan caliente, which translates into English as sells like hot cakes. In fact, the cigar line is named Pan Caliente—or hot cakes—and is made up of a criollo 98 wrapper covering Nicaraguan tobaccos in both the binder and filler. All three vitolas of the regular production release are sold in boxes of 25 and are being made at Raíces Cubanas in Honduras.

This is what I said in my original review back in June 2016: 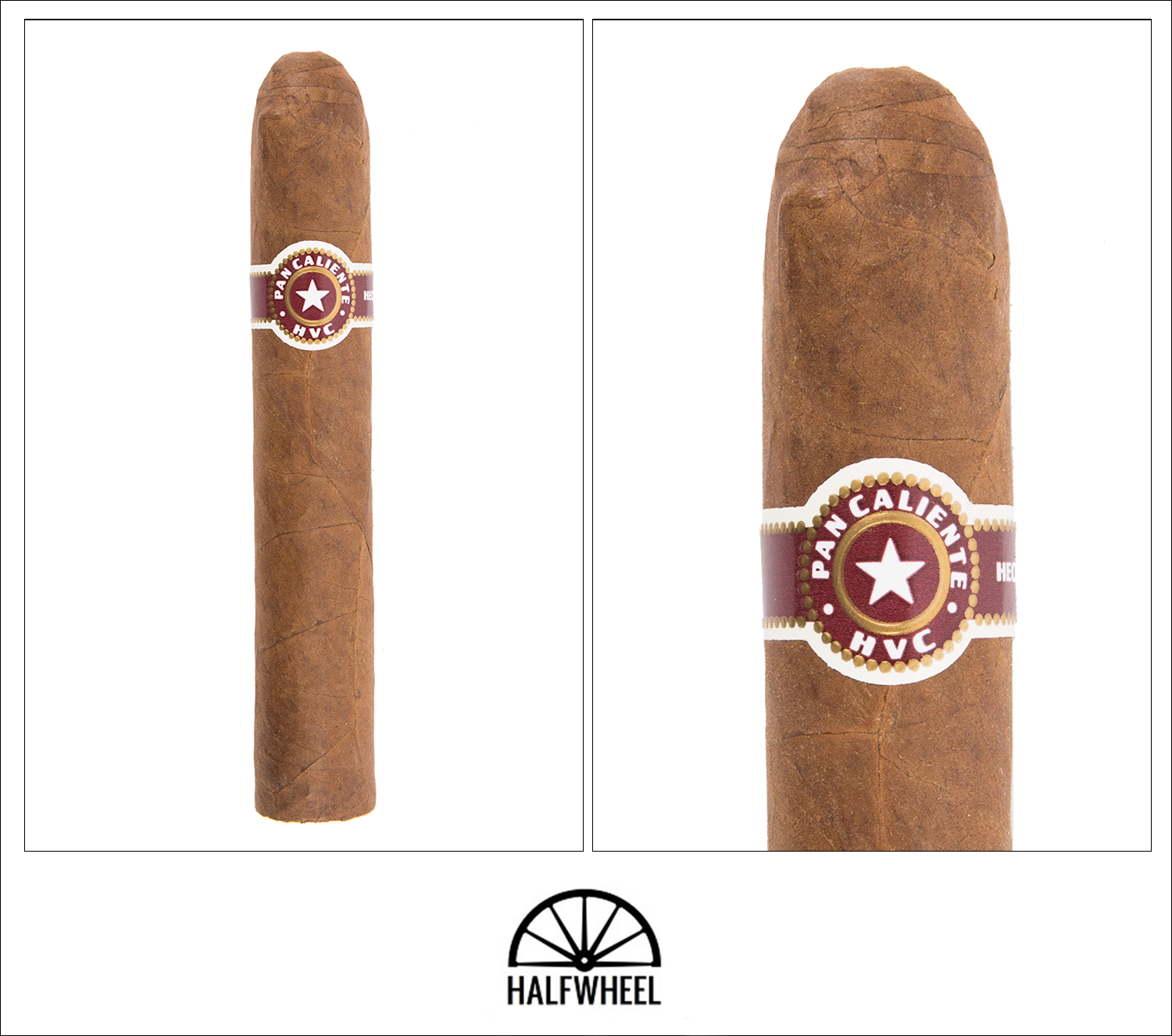 As with the samples I smoked for the first review, this HVC Pan Caliente Robusto is covered in a slightly reddish brown wrapper that features very little oil and feels like rough sandpaper when I run my finger down the length. The cigar is hard as a rock when squeezed and the 109-style cap is a very nice touch. Interestingly, the scents from the wrapper and the flavors on the cold draw basically switched places from my first review, with the aroma from the wrapper bringing a combination of barnyard, hay, cocoa powder, sweet oak, raisins and pepper, while the cold draw brings flavors of huge dark chocolate, bitter espresso, cedar, hay, nuts and sweet raisins.

Starting out, the HVC Pan Caliente almost blasts my head off with a combination of black pepper on the retrohale and spice on my tongue, both of which do not begin to recede until I am close to the halfway point. Having said that, I can taste flavors of cedar, espresso beans, leather, earth, nuts and hay, along with an indeterminate sweetness on the finish. Thankfully, both the black pepper on the retrohale and the spice on my tongue lose most of their strength after the halfway point, allowing much more complex flavors to shine through, including a dominant dark chocolate, creamy cedar, almonds, hay, a touch of citrus and a distinct raisin sweetness. 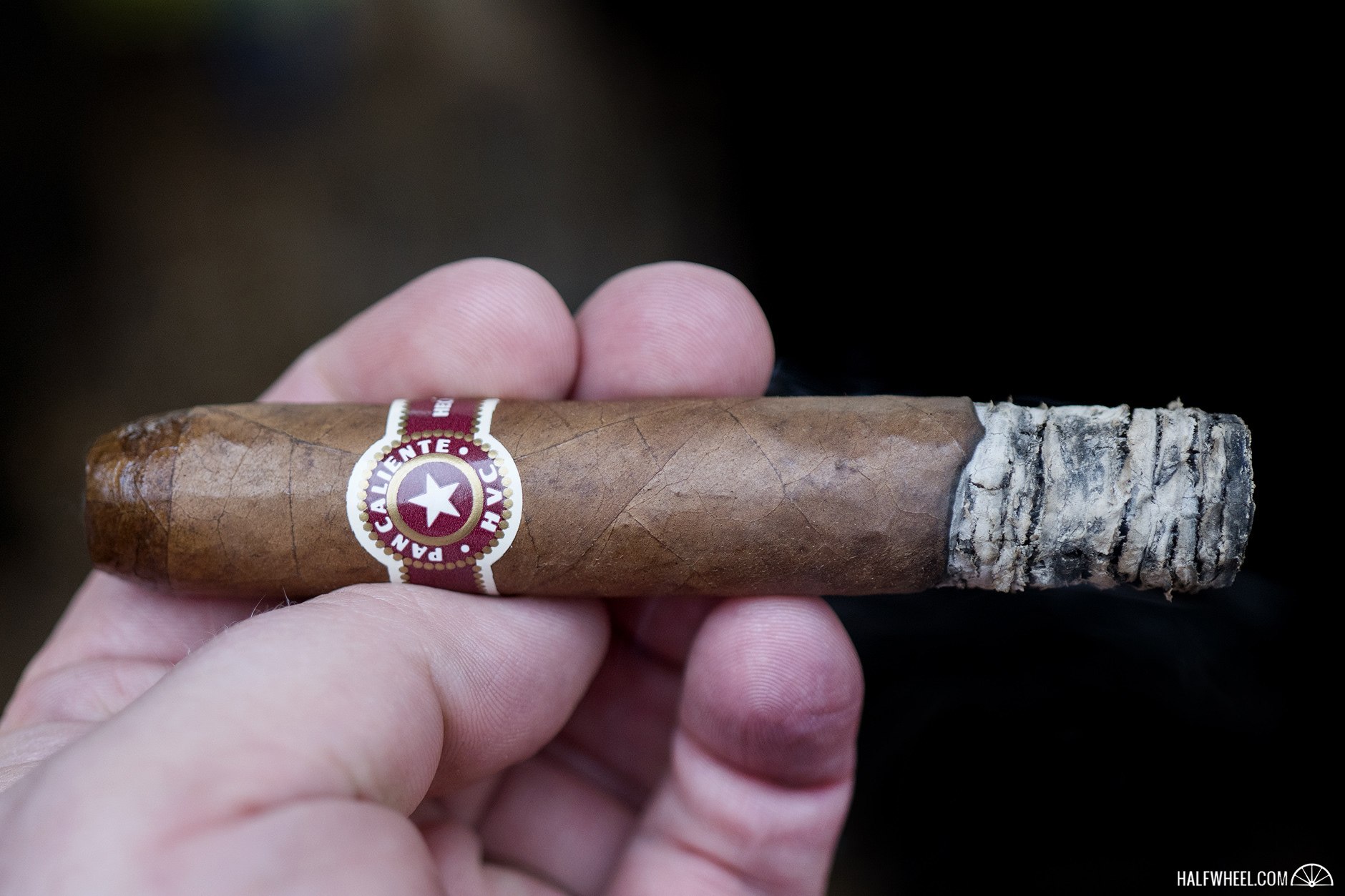 Construction-wise, the HVC Pan Caliente Robusto features an excellent draw after a simple straight cut with just the right amount of resistance for me. The burn is also fantastic, never needing anything close to a touchup, but also not what I would consider razor sharp. The smoke production is well above average as well and the overall strength started out fairly mild before ramping up noticeably to a point just above medium by the time I put the nub down with a little less than an inch to go.

One of the reasons I started doing redux reviews in the first place on my old blog was the fascination I have with how specific blends morph and change over time. The HVC Pan Caliente is a perfect example of what you can end up with, as this is a very different cigar than when I reviewed it almost two years ago. Instead of maple syrup sweetness and peanut butter, I got a profile full of black pepper and significant spice on my tongue, neither of which were in much abundance the first time around. Thankfully, both of those receded in a big way during the second half, leaving me with some dominant raisin sweetness, dark chocolate and creamy cedar. While there are cigars that don’t seem to have much chance of evolving after a certain point of age, the first half of the HVC Pan Caliente indicates that it has plenty of gas left in the tank and I am glad I have a couple more to age even longer.Editor's Note: Because of our review procedures, Brooks didn't know what the score was when he wrote the review. Despite writing that the score was lower, it turned out to be the same. I opted to leave the original verbiage in the review despite this. — CM.