HVC Cigars and Privada Cigar Club have partnered on a new exclusive cigar that will be available to a small group of club members as well as the general public by way of the club’s online store. 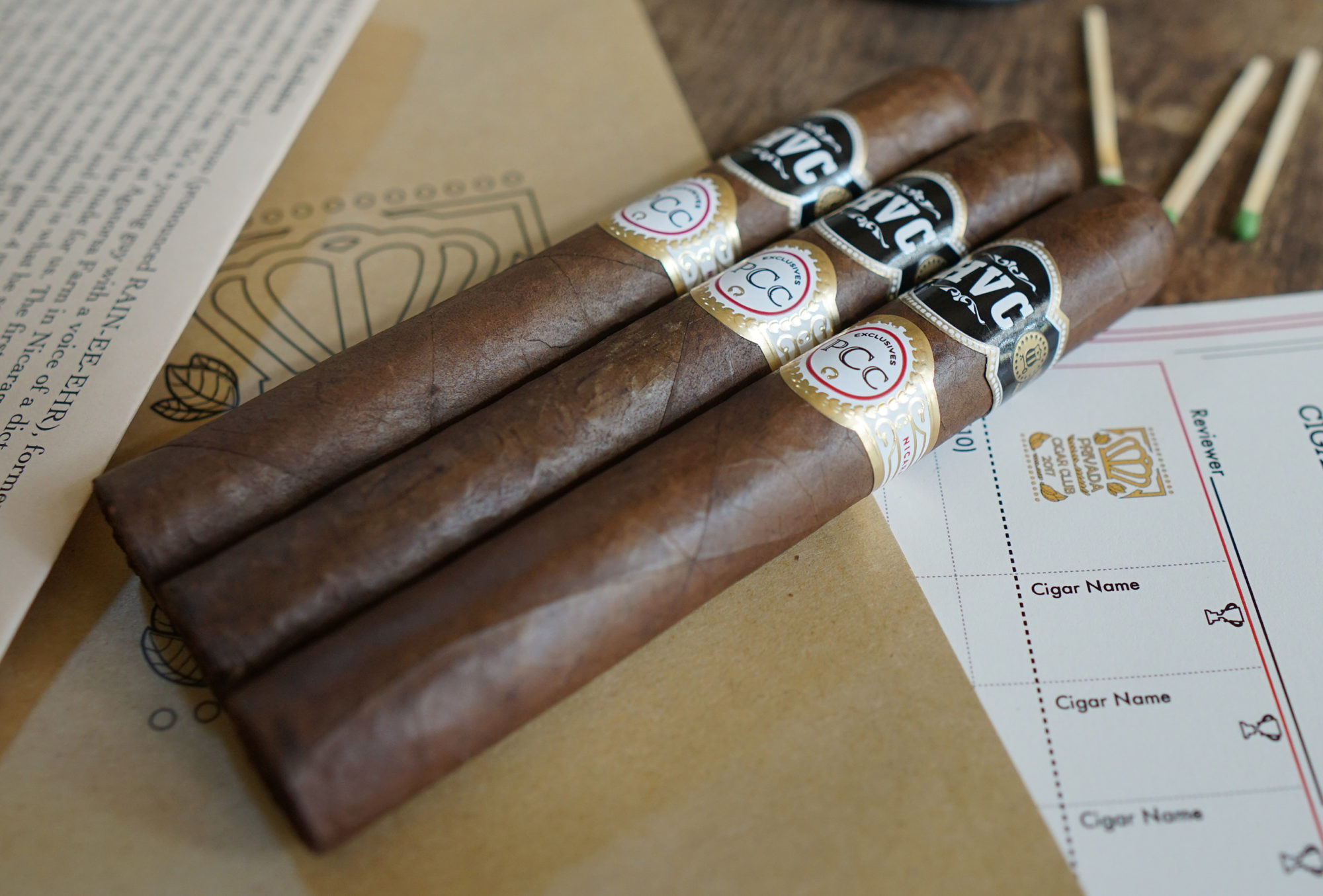 The HVC PCC Exclusive is a 5 1/2 x 48 parejo, “just a tad grander than a corona gorda,” Brian Desind of Privada Cigar Club told halfwheel. As for the blend, Reinier Lorenzo of HVC Cigars said that he went a bit more aggressive with the use of Nicaraguan tobacco from Estelí in order to create a spicy, bold and fuller blend. Both the binder and filler are Nicaraguan-grown leaves from AGANORSA Leaf, while the wrapper is a Mexican San Andrés maduro. The cigar is made at the Tabacos Valle de Jalapa S.A. (TABSA) factory in Estelí.

Production is limited to approximately 2,800 cigars, priced at $14 per cigar. Desind said that it was included in the monthly boxes of 500 randomly selected members of the club, which now totals more than 5,000 members. The rest are currently being offered for sale to the public.