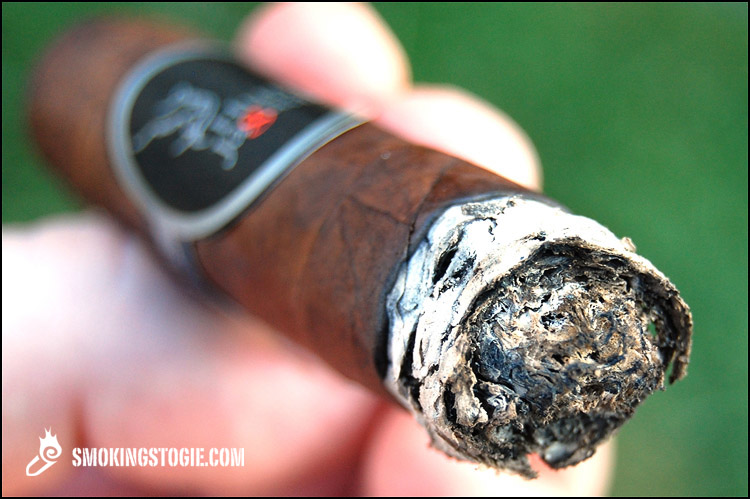 Today we will be taking a look at a cigar from Nestor Plasencia and the distributors at Miami Cigar & Co., the Humo Jaguar! This past February 2011 marked the first annual Honduran Cigar festival otherwise known as the Humo Jaguar, a place and time dedicated to all the Honduran tobacco producers of cigars sold all around the world. One of the very cool things they did at the festival was a blind tasting of different cigar entries, all the Honduran cigar producers had the chance to enter a blend of there’s and it was then judged by over 200 smokers. The winner of this blind tasting was a blend from Nestor Plasencia which Miami Cigar introduced at this years 2011 IPCPR in Las Vegas! The cigar was inevitably called the “Humo Jaguar” and was introduced in three different sizes, a Robusto (5 x 52), a Corona Gorda (6 x 52) and an ever so popular size lately, Gigante (6 x 60).

Now on to the review! 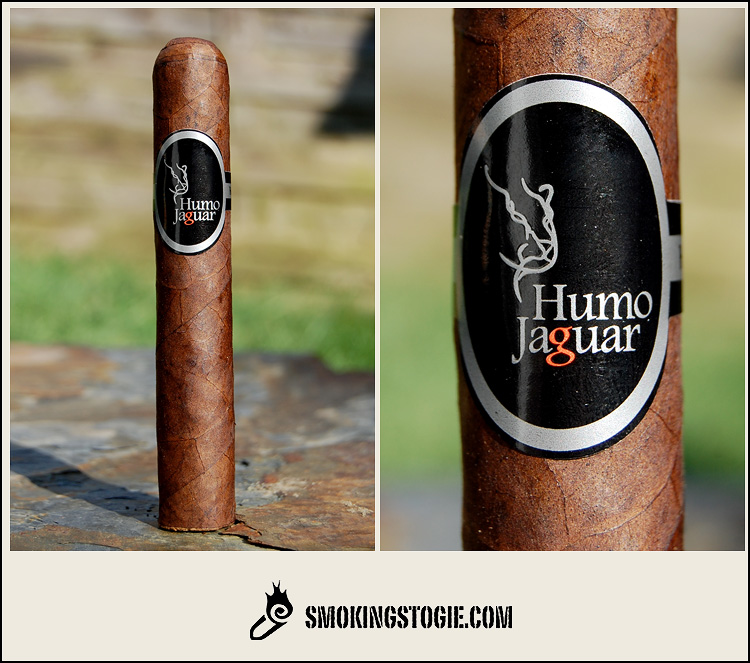 The cigar itself is a wonderful creation it has a really nice mocha brown wrapper full of oils with a few veins and a couple lumpy spots here and there but otherwise very nice and smooth. It’s packed tight with visible seams and a perfectly applied triple cap. It smells of sweet chocolate, cedar, earth and leather. The cold draw is very tight with a grassy note as well as leather and aged tobacco.

Starting off in the First Third the cigar is very smooth with an immediate sweetness and spicy balance. The initial flavors are wood, dark chocolate, leather with a nice spice and pepper finish. Despite the tight cold draw it has opened up nicely producing thick smoke clouds. 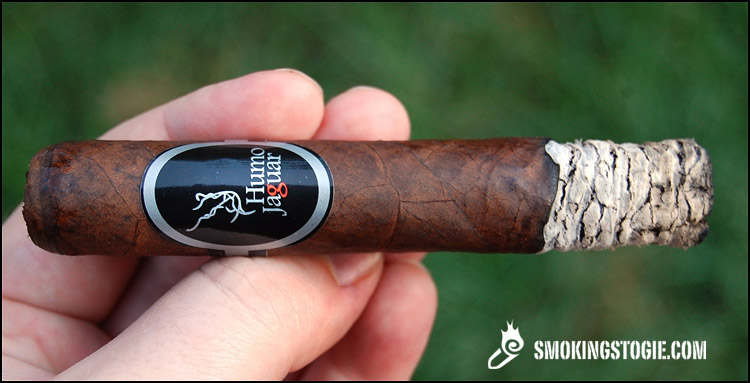 Coming into the Second Third the cigars starts to show its power and body. It remains smooth, but I start to get a really intense charred wood flavor similar to the wood blocks you would use to cook food in a smoker, it’s a meaty, almost burnt flavor. The finish is long with leather, dark chocolate sweetness, and a touch of pepper.

Finishing up in the Final Third the cigar just increases with its richness, I start to get a nice roasted coffee bean flavor as well as some straight earth like notes, leather and dark chocolate. The spice is wonderful through the nose giving me that nice tingle along with a nice balance of sweetness on the tongue. The finish is incredibly long, very flavorful and rich. 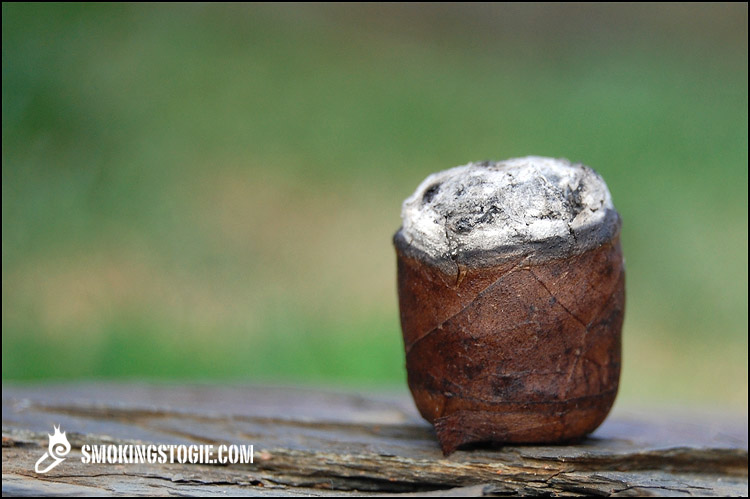 The Bottom Line: Again, this cigar surprised the hell out of me, I can certainly see why this cigar was chosen as the favorite at the Honduran Cigar Festival 2011. It’s not only a gorgeous looking cigar, but it has everything else you would want out of a cigar, flavor, body, strength, balance, finish. it’s all there in perfect amounts. Easily one of my favorite releases from this year’s IPCPR 2011.