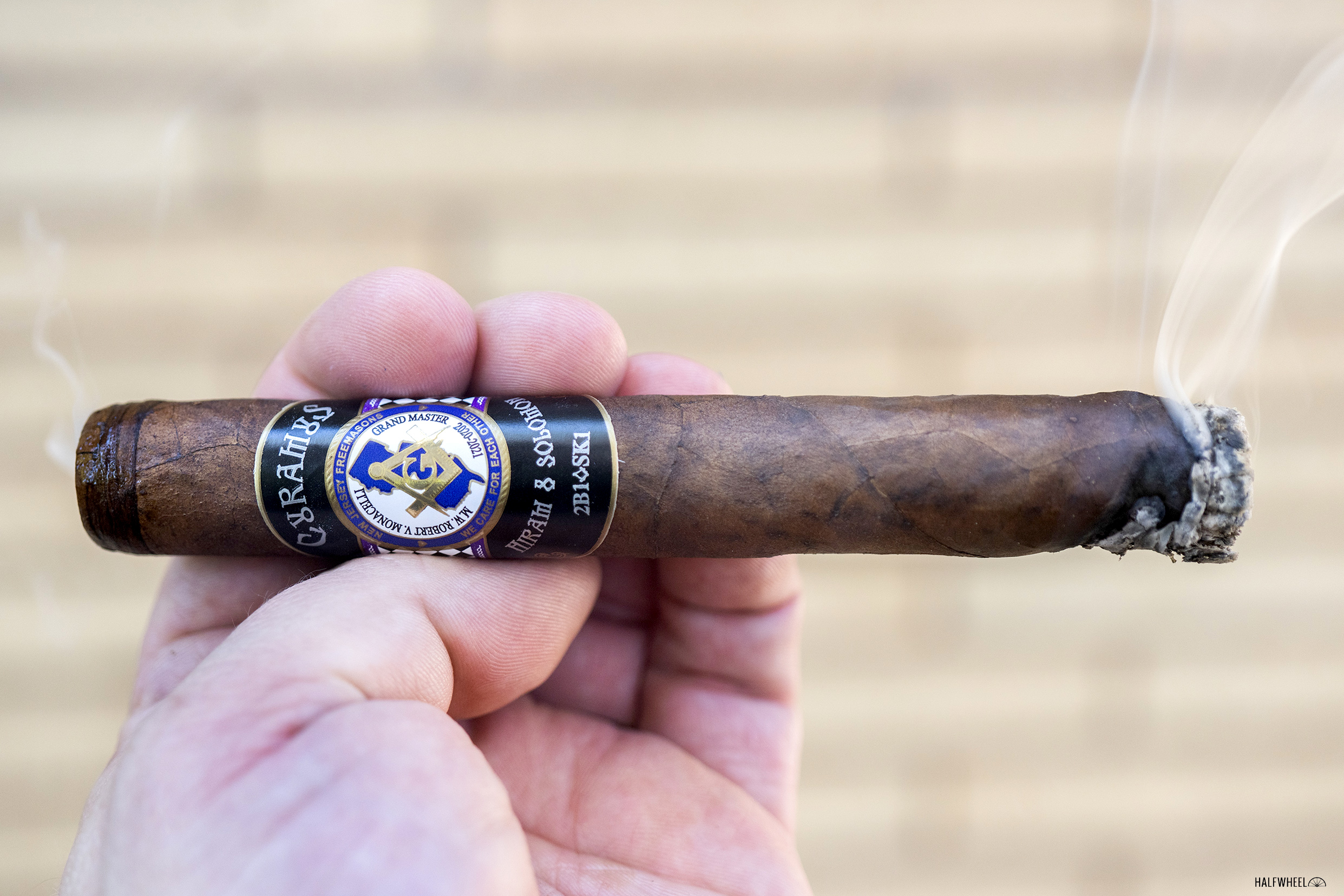 In February, Hiram & Solomon released a new limited edition that was created specifically for MW Robert V. Monacelli, grand master of the Most Ancient and Honorable Society of Freemasons for the State of New Jersey. The cigar is named Curamus, which translates to We Care from Latin.

The Curamus is available in only one vitola, a 6 x 52 toro that carries an MSRP of $10 per cigar before taxes and is packaged in 20-count boxes. Blend-wise, the limited edition is made up of a Pennsylvania broadleaf wrapper that covers a Mexican-grown binder and filler tobaccos that include Dominican corojo seco and ligero and Dominican criollo ligero as well as Pennsylvania broadleaf.

“Our latest addition to the company’s portfolio is named Curamus, a Latin word which translates to We Care, a simple, yet important mantra for Freemasons,” said Fouad Kashouty, owner of Hiram & Solomon, in a press release. “Like those that preceded them, Curamus will follow in the tradition of giving as noted in a letter from the MW Grand Master, which states a portion of the proceeds will go to the White Flower Society and the Almoner’s Fund for the Scottish Rite of the Northern Masonic Jurisdiction.”

The Hiram & Solomon Curamus was rolled at the PDR Cigars factory located in Tamboril, Dominican Republic and the total production is limited to 500 boxes. 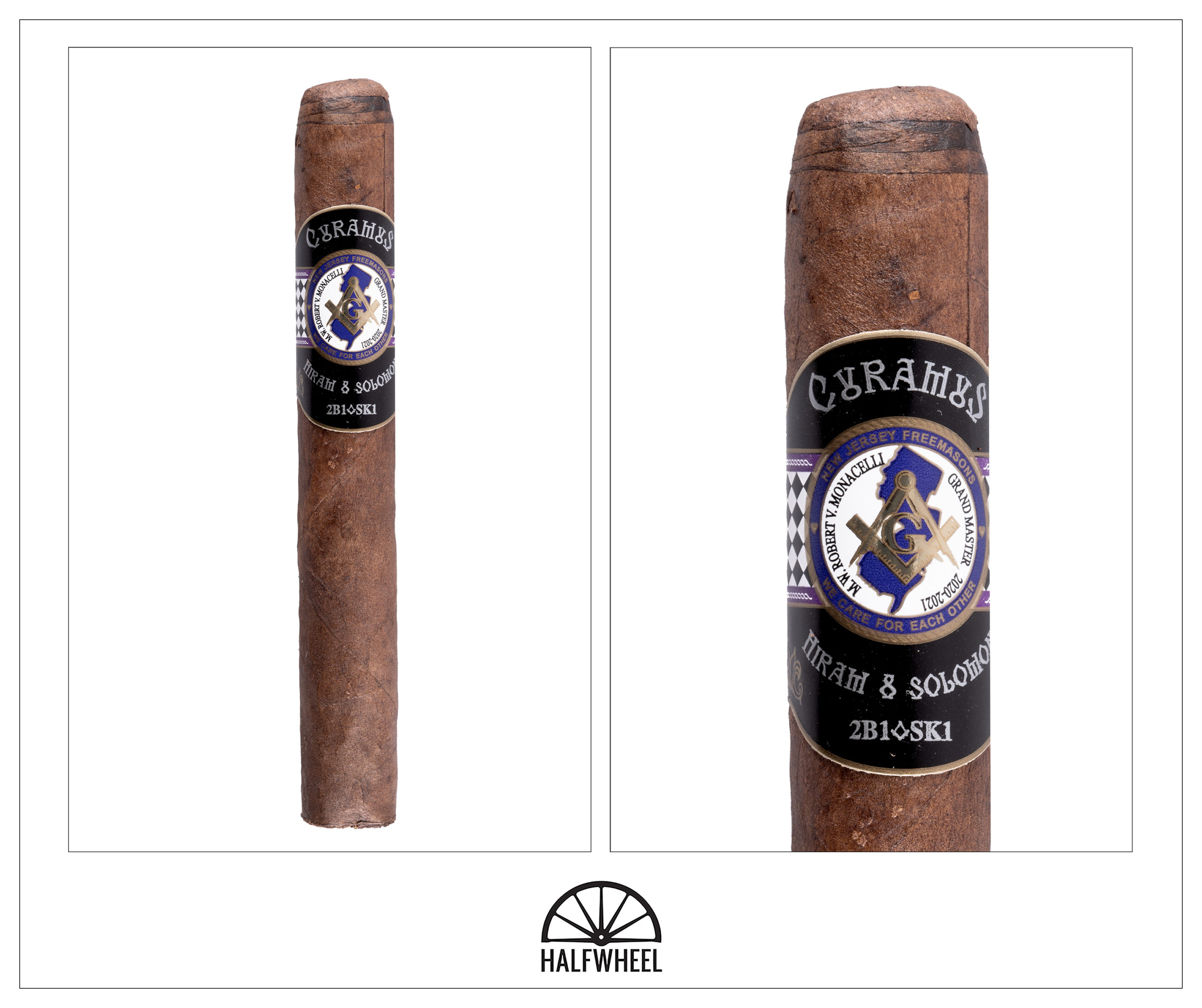 Visually, the Hiram & Solomon Curamus is covered in an extremely dark wrapper—in fact, it almost looks black in certain light—that features not only numerous overt, protruding veins running up and down its length but also an enormous amount of oil. One sample has a large dearth of tobacco right around the edge of the cap, while the other two are fine in that regard, and all three samples are very spongy when squeezed. The aroma from the wrapper includes notes of cereal sweetness that reminds me of Fruity Pebbles mixed with earth, barnyard and cedar while the foot is full of strong earth, more cereal sweetness, minerals and manure. Finally, the cold draw brings flavors of cedar, coffee beans, dank earth, hay and leather.

The first sample I light up starts out harsh and metallic—and unfortunately does not get much better as the burn line progresses—while the other two start out with aggressive pepper and earth before transitioning to main flavors of espresso beans and creamy cashews. Secondary flavors include cocoa nibs, leather tack, toasted bread and earth, along with some very slight cinnamon while the retrohale features plenty of plum sweetness and black pepper. Construction-wise, the draw is excellent from the start after a straight cut and the smoke production is above average off of the foot, while the burn needs a touch-up on one of the three samples. Flavor is medium-full, body is a solid medium and the strength ends the first third just below medium.

As the second third of the limited Hiram & Solomon begins, I notice not only significantly less black pepper on the retrohale but also more plum sweetness. The main flavors continue to be espresso beans and creamy cashews—although more of the former than the latter—followed by notes of leather tack, hay, cinnamon, dark chocolate and cedar notes that flit in and out. In terms of construction, the burn evens up on the first sample, but another cigar runs into issues that need to be corrected and the last sample gives me no problems. Flavor remains medium-full, body increases slightly to just above medium and the strength easily hits a medium by the end of the second third but stalls out there. 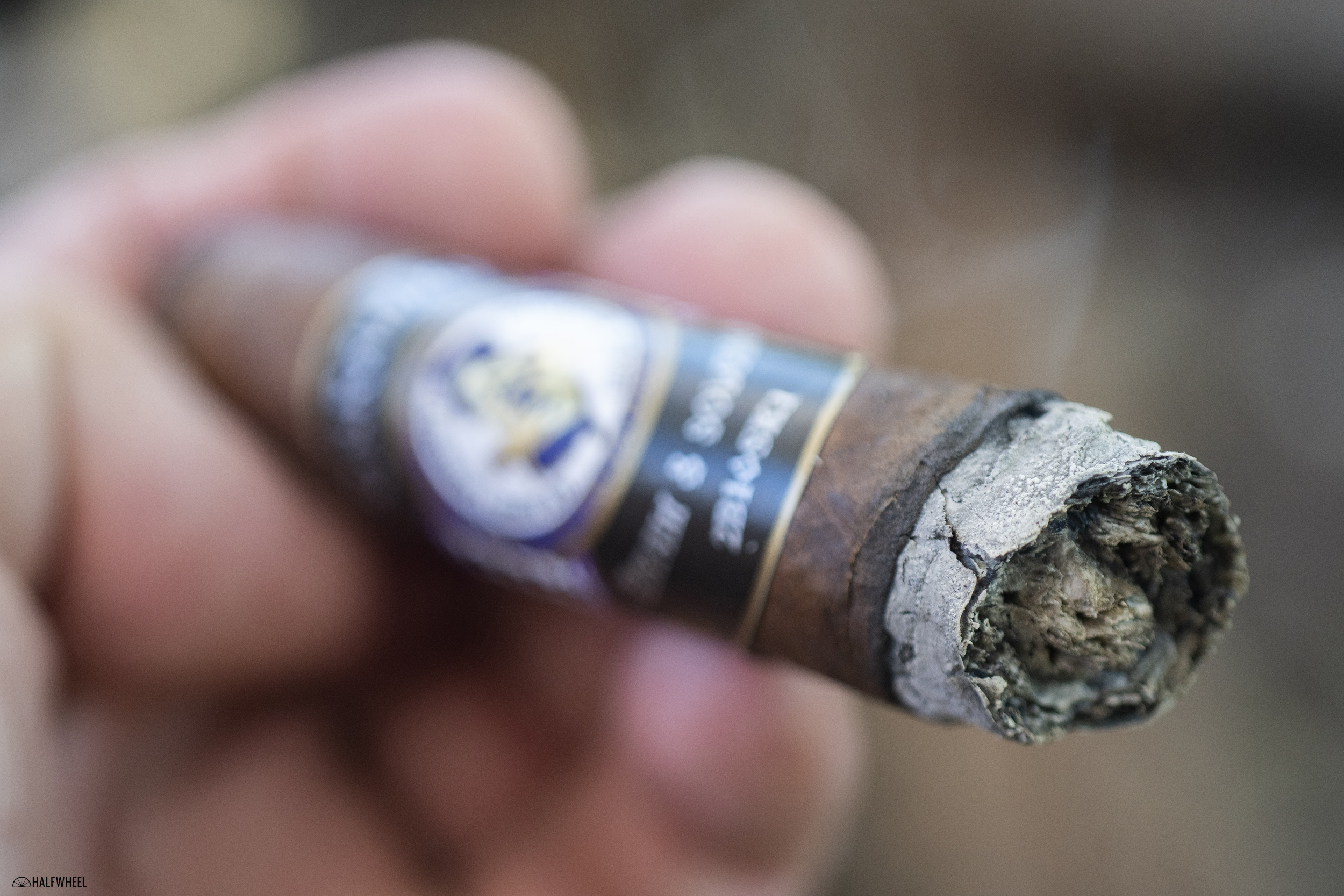 The final third of all three samples of the Hiram & Solomon Curamus stay their courses that are already in motion: the first cigar remains harsh and metallic—albeit not as bad as the first third and with more enjoyable flavors every once in a while—while the remaining two samples feature the familiar top combination of creamy cashews and espresso beans flavors. Additional notes of leather, cinnamon, toasted bread, cocoa nibs, hay and a touch of citrus each show up at various points, but none come close to being strong enough to threaten the main flavors. The plum sweetness on the retrohale fades a bit, while the black pepper remains around the same level compared to the second third. Both the burn and the draw work in harmony on all three samples with no attention needed from my lighter, while the smoke production remains high until the final puff. Flavor ends the final third medium-full, body ends medium-full and the strength does not budge from a solid medium. 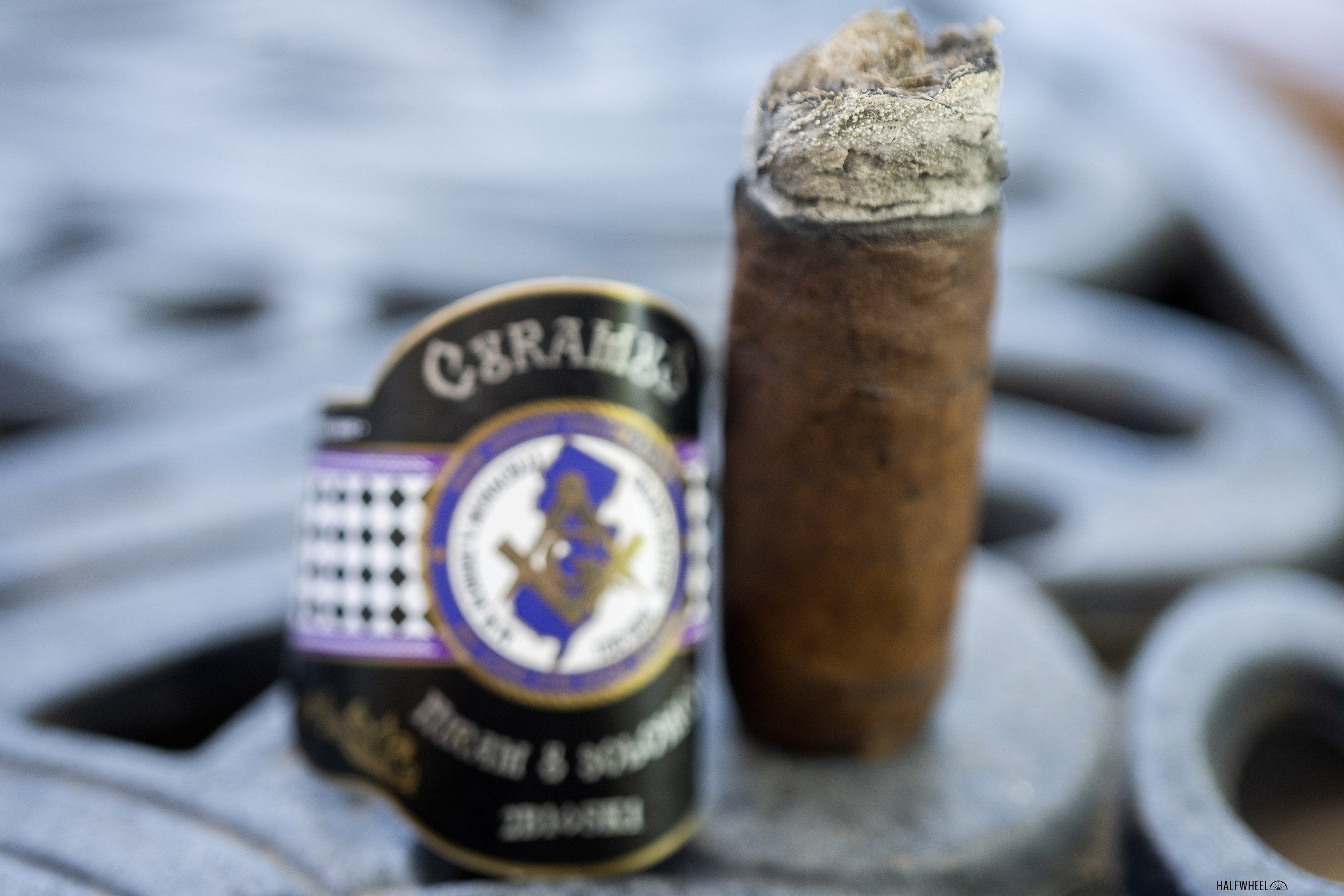 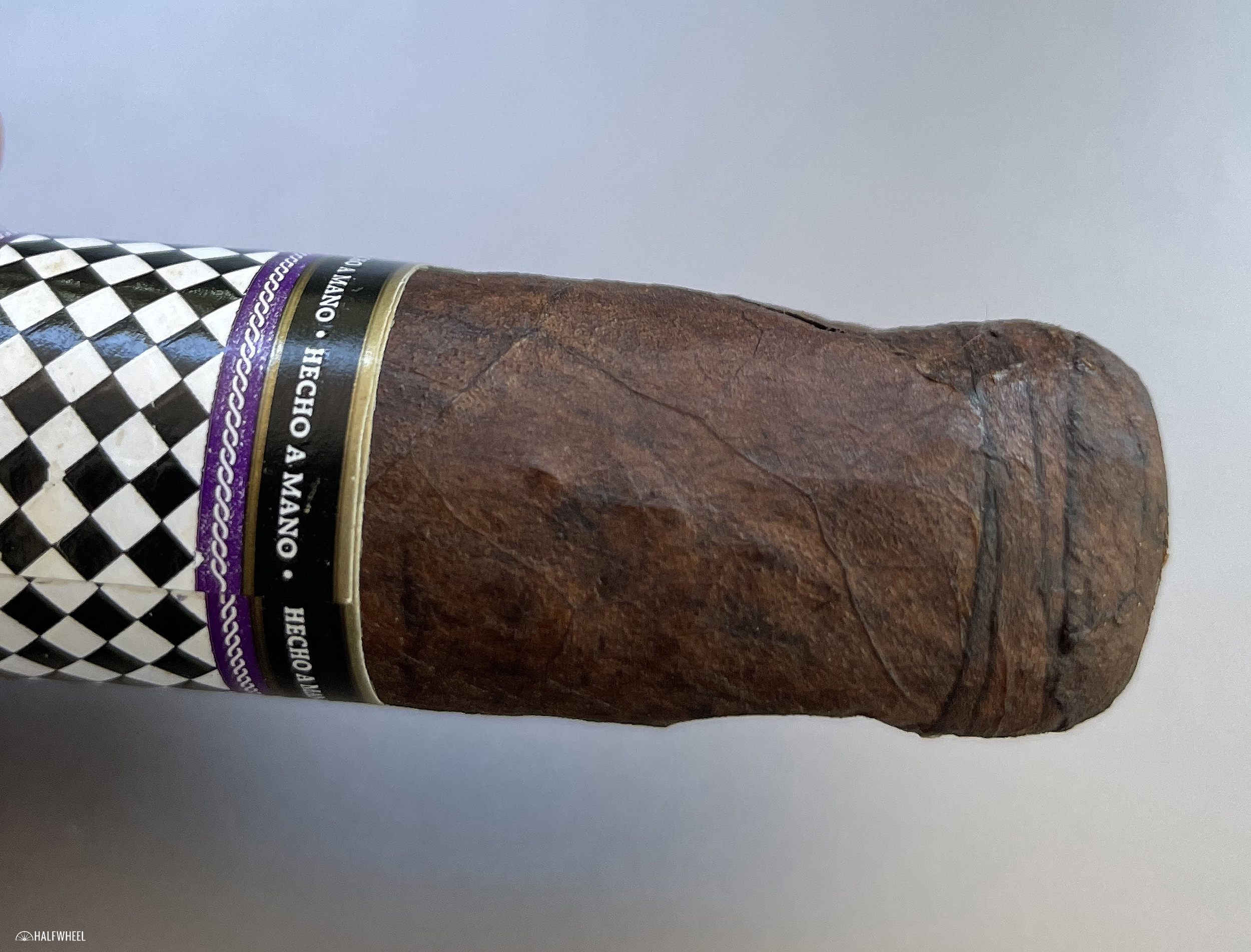 More than any cigar I have smoked in the past year or so, the Hiram & Solomon Curamus is a tale of two very different experiences: the first sample I smoked was started out extremely rough and did not get much better, with a harsh and unforgiving profile that was both metallic and ashy. However, the second and final cigars were significantly more enjoyable, with main flavors of creamy cashews and espresso beans in abundance throughout as well as copious amounts of black pepper and plum sweetness on the retrohale. At its best, the Hiram & Solomon Curamus is a very good cigar, but if you get a bad sample, you will know it quickly.