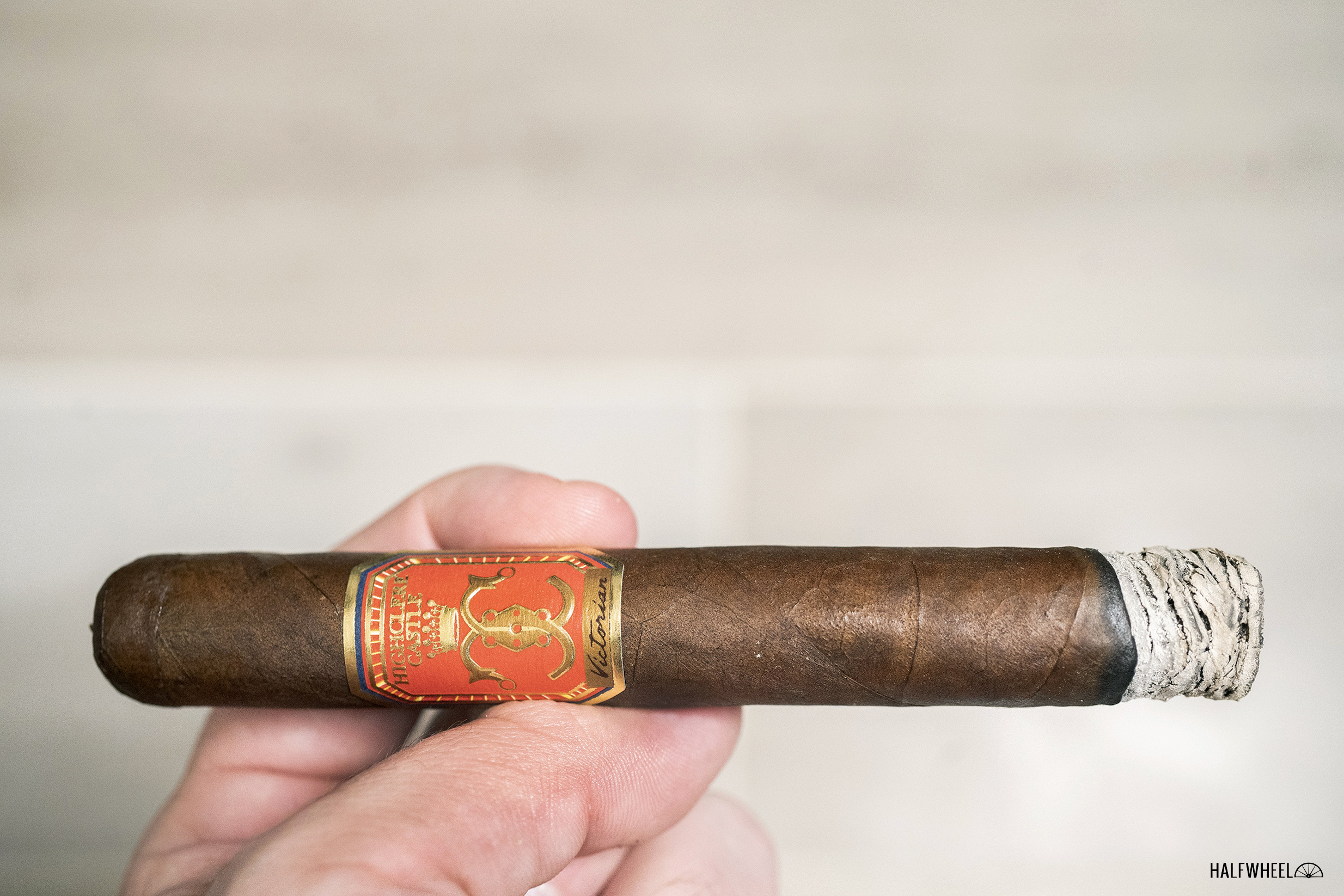 Foundation Cigar Co.’s portfolio includes an impressive range of cigars, from flavored to traditional, fairly mild to fairly full and in your face. There’s also a brand that was developed in partnership with the owners of a well-known castle.

That, as you are likely aware, is Highclere Castle, a line that was released in 2017 as a partnership between Foundation Cigar Co. and Highclere Castle Cigar Co. The idea behind it was to create an early 1900s style of cigar, and specifically, the kind of cigar that would have been enjoyed by the ancestors of George Herbert, the 8th Earl of Carnarvon and current owner of Highclere Castle and its surrounding campus, which is the setting of the television show Downton Abbey. 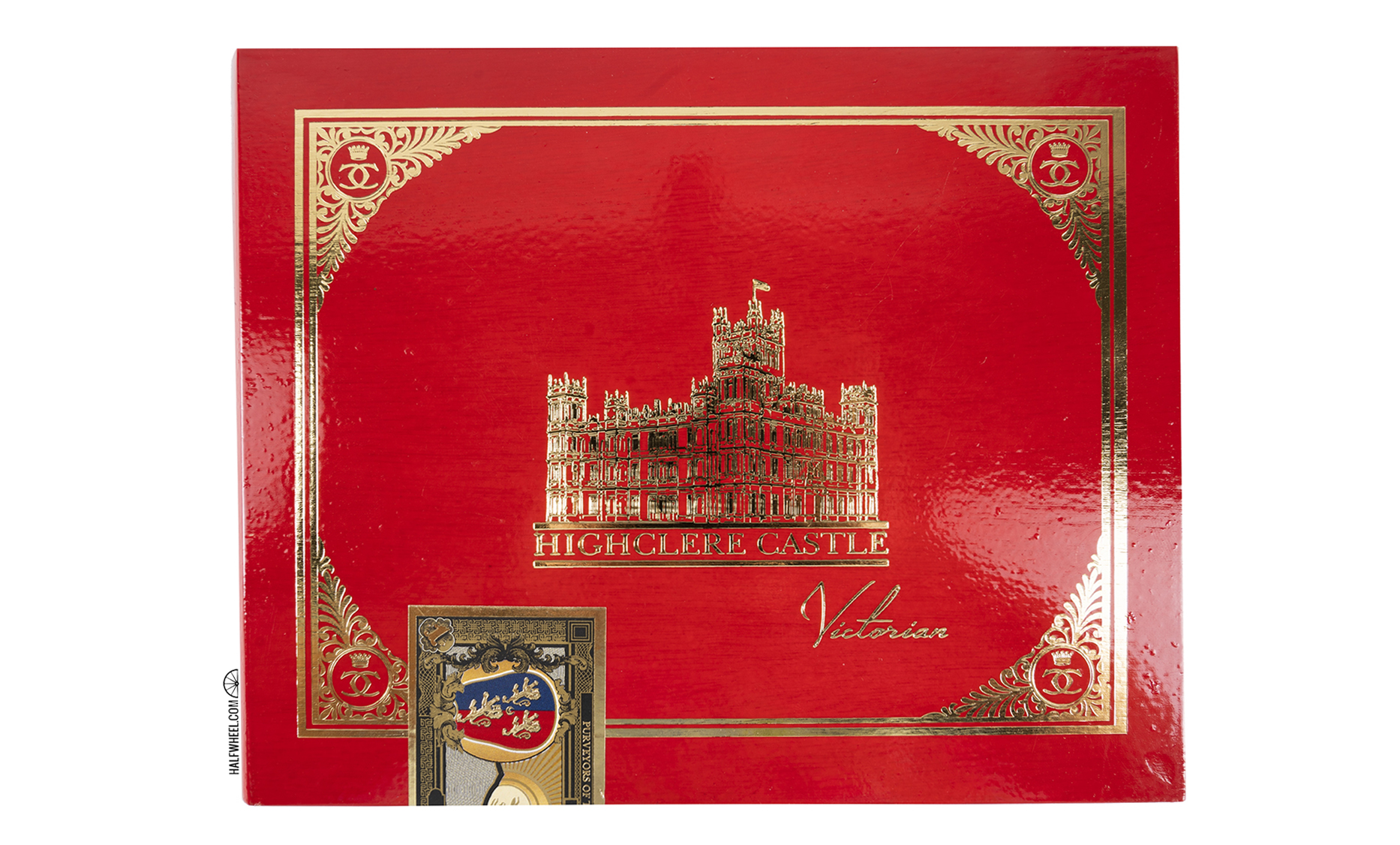 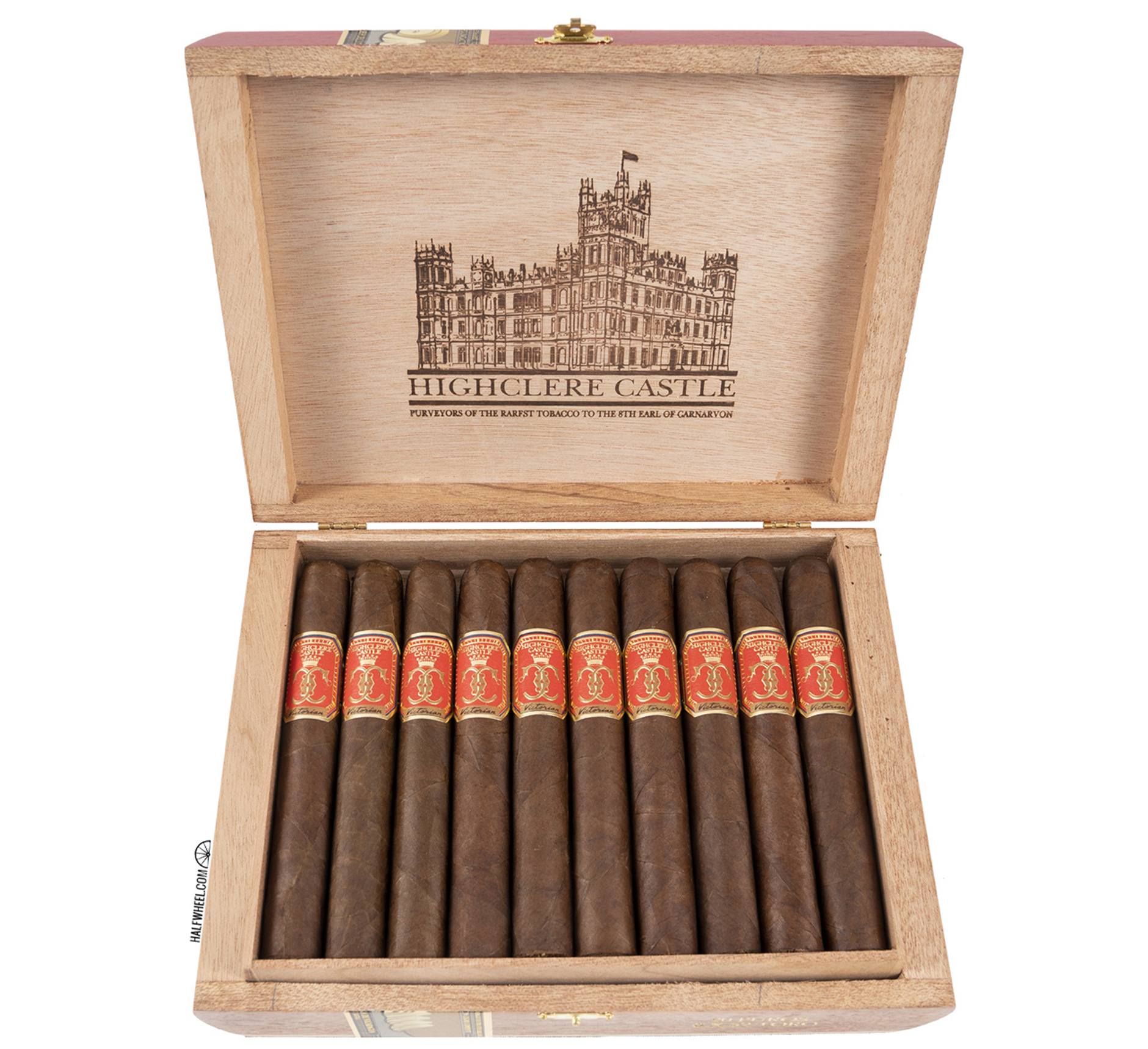 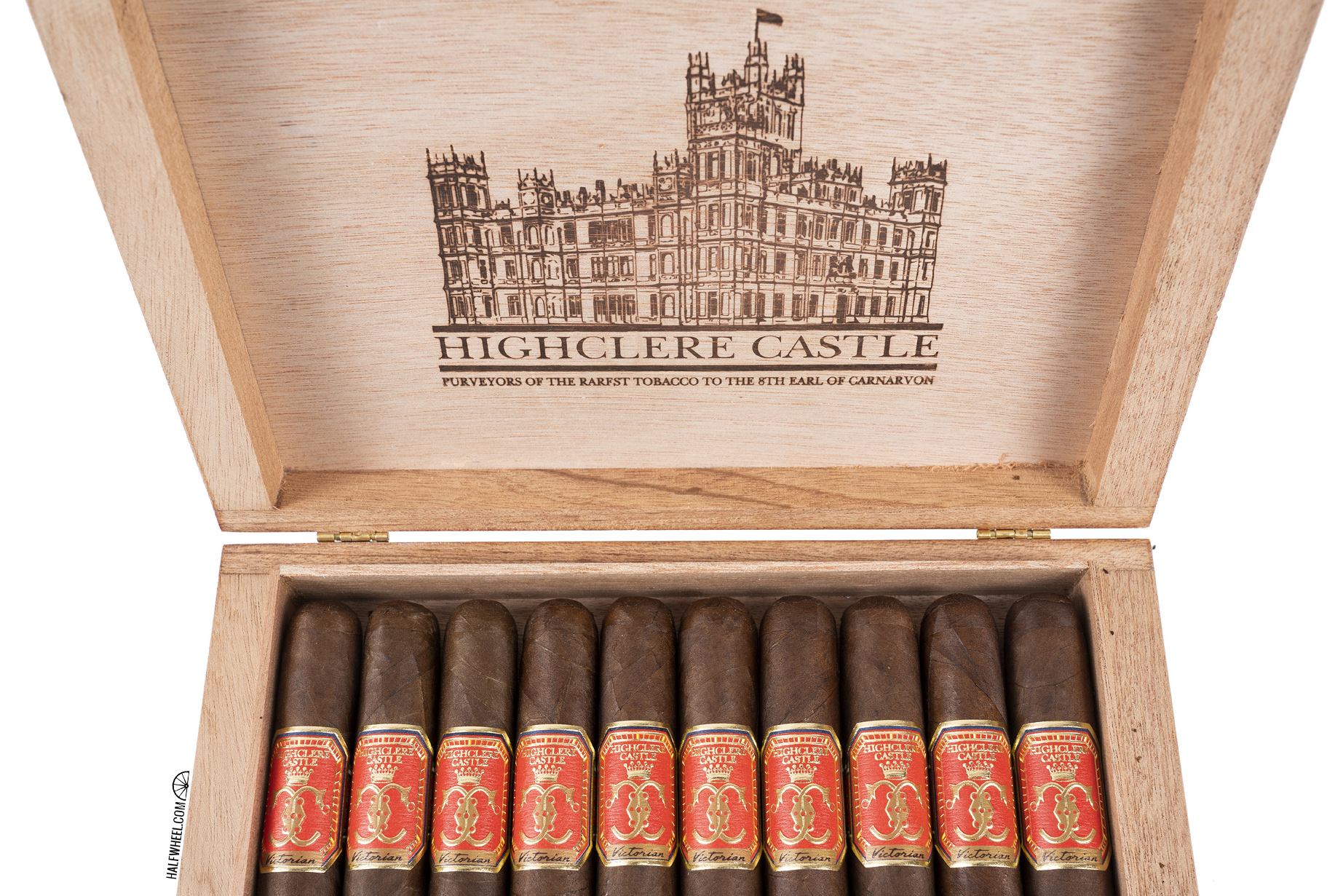 In 2019, the company added the Highclere Castle Victorian, a modified version of the blend that might otherwise be referred to as “the maduro version.” The Victorian keeps the basic components of the original blend the same, though there are some appreciable differences. The Ecuadorian habano wrapper is a higher priming that delivers both a darker, maduro color as well as a stronger flavor. The Brazilian mata fina binder is the same as the original Highclere Castle, while the filler is still Nicaraguan, but as noted, Nicholas Melillo—Foundation’s founder—said that only the binder is the same between the two lines.

While the blend is different, the Victorian was released in the same five sizes as the original, with both lines produced at Tabacalera AJ Fernandez Cigars de Nicaragua S.A. 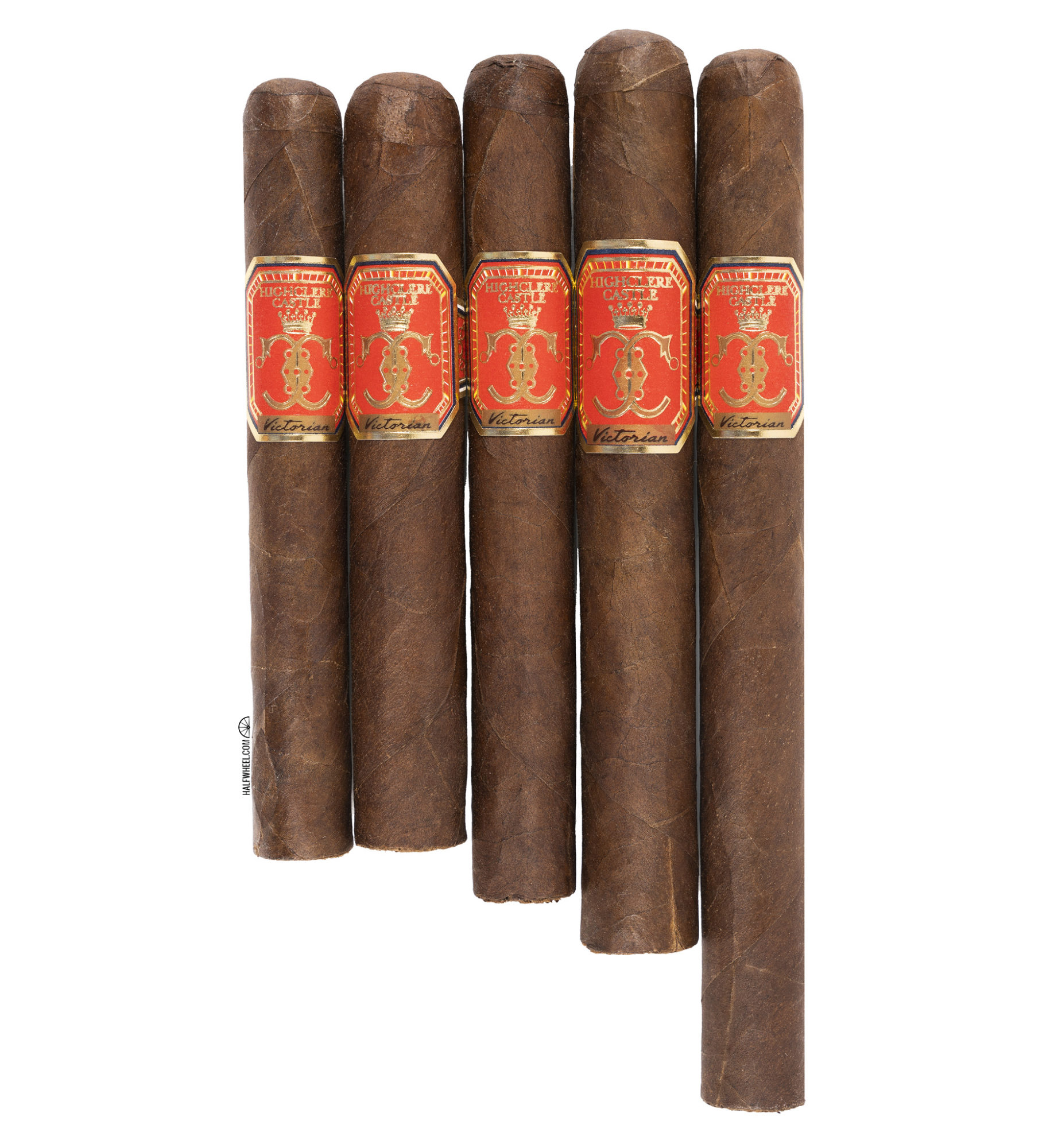 Here’s what I said about the Highclere Castle Victorian Toro when I reviewed it in October 2019:

As we’ve noted before, the reviewer doesn’t know what the score will be when submitting a review, but my guess is that this will be pretty high and it will be well-deserved. First and foremost, this is not what I was expecting from what had been dubbed the maduro version of the Highclere Castle; rather, it is the best flavors of that cigar amped up and served up with fantastic balance and impressive complexity. What it lacks—if you want to use that word—in traditional maduro sweetness, it more than makes up for in nearly perfect habano flavors, with the Brazilian mata fina binder contributing just the right amount of accent flavors and the Nicaraguan filler providing a fantastic base off of which to build. The construction is also nearly flawless, making for a truly special cigar. Highly recommended for those looking for a cigar with a big, pronounced flavor that seemingly never hits an off-note. 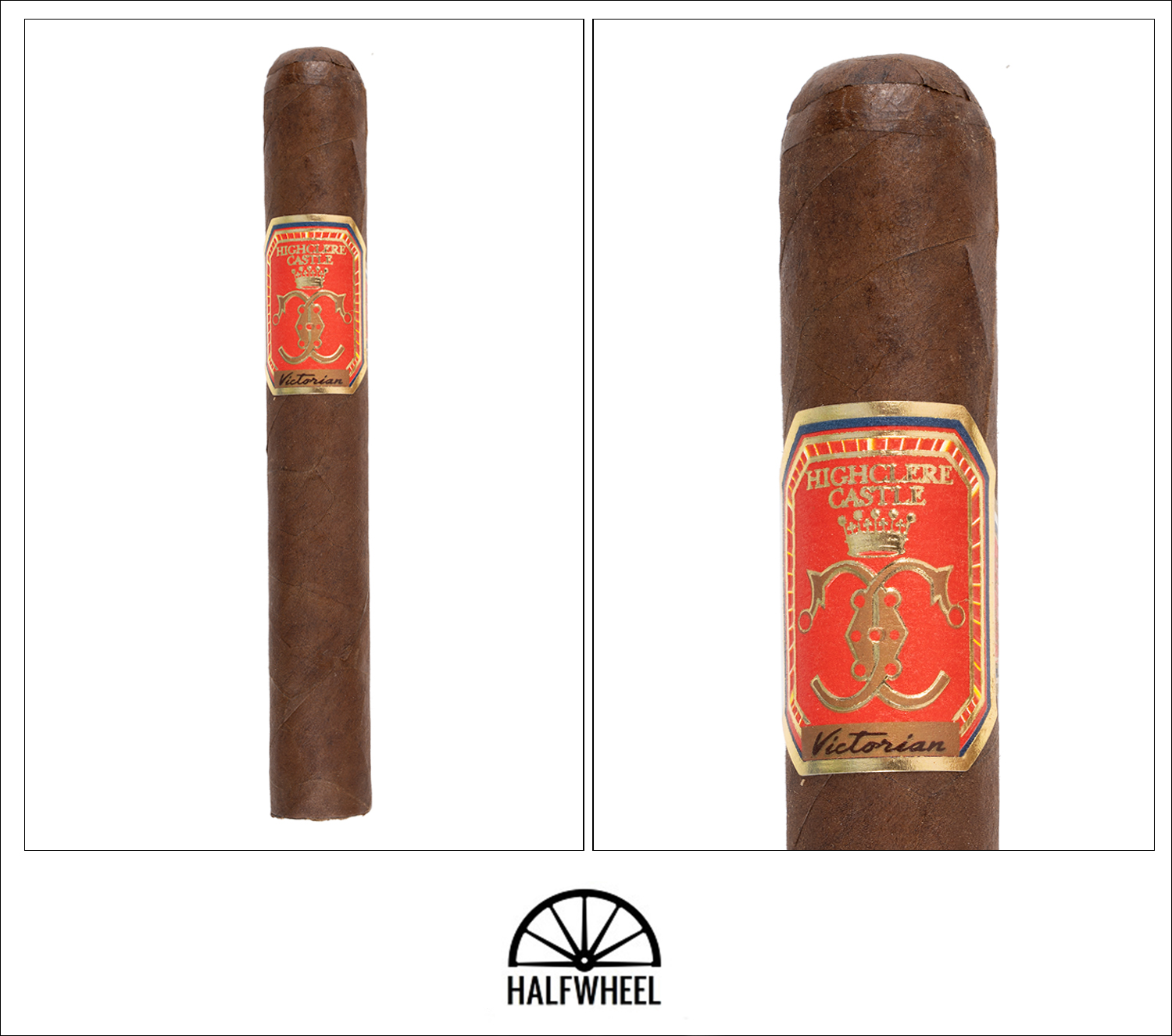 The Highclere Castle Victorian Toro doesn’t come in cellophane, which leads me to wonder if that cost it some of the oils that I noted the cigars having initially. There is still some oiliness that can be picked up by the fingers, but visually is more of a matte finish. The color of the leaf is a rich, earthy brown that is even from head to foot, with just enough variance to see the seam lines. There is a decent vein structure, with the most prominent on the back of the cigar and the smaller ones on the front of the cigar. It’s a well-rolled, firm cigar with no soft spots and just a slight bit of give, flat seams and a well-applied cap. The only other note is that the band is a bit lower on the cigar than what I’d call average. The foot of the cigar has a soft, dense aroma that doesn’t offer a lot of distinct components, yet there is a bit of floral, red berries, English muffin and white pepper. Air moves fairly easily on the cold draw, and like the aroma, the flavors are mellow. The bread/muffin note is a bit toastier, the fruit and floral component is dialed back, there is no pepper, and the overall flavor has a smoothness to it, almost something I’d call glossy as it hits the tongue.

Out of the gate the Highclere Castle Victorian Toro is a solid medium-full flavor, offering a more developed spin on the bread, some earth, a sprinkling of pepper, and a smoke that has some density to it but doesn’t seem to be holding back the flavors. The flavor quickly evolves to add some creaminess and a slight bit of chalk, while the flavor lightens just a touch and the body fills out, changes that happen before the first clump of ash falls. From there, what I’m inclined to call a symphony of flavors begins taking shape, though it may be better described as a well-polished ensemble as the list of flavors I pick up isn’t as long as the word symphony might suggest. It’s a medium to medium-plus profile marked by light earthiness, some pepper, a very clean and refined woodiness that sets rails that the flavors stay on, and a creaminess that ties everything together. It’s one of the cleanest and most refined combinations through the first third that I’ve smoked recently, and while I don’t have a vivid enough memory of the cigar two years ago to compare it to, I can only imagine that the rest has helped get it to this point. The second third starts with a bit more texture to the smoke, much like the textural difference between toasted and untested bread. That change as the creaminess begins to fade, the wood brightens up and now has a drying effect on my palate, and the white pepper lingers longer on my palate. Retrohales undergo a similar change, though it is becoming driven by black pepper more than the other components. Construction is fantastic in the first half, smoke production is plentiful and the burn line is just slightly wavy. The second half of the Highclere Castle Victorian Toro sees the smoke shed some of the texture it picked up earlier, a change I more than welcome as the flavor had more than enough to offer on its own without needing a physical sensation that felt just a bit out of step with it. To go back to the musical comparison above, it was pyrotechnics being added to the stage—not necessarily a distraction or detriment, but just not something that was truly missing. The mouth-drying wood component has tamed its contribution to the flavor, and for the most part things are back to where they were earlier, though the creaminess is notably absent, and it is missed at that. There also seems to be a bit of a baking spice component now in the mix; my mind first goes to nutmeg as it’s not a dominating spice but still gives the profile a new spin. As the burn line progresses into the final third, I find my palate eagerly awaiting the return of the creaminess, which has yet to happen and seems like it would make a fantastic addition to an otherwise very good profile. It’s not until the burn line is past where the band was that some creaminess starts to return, though it now comes with a mineral component that I would call the first detour that the profile has taken.  Things wrap up right around the two hour mark with the flavor medium-full and arguably its fullest thus far, while body is medium-plus and strength seems medium at most. Construction remains very good, the burn line does get slightly uneven at times, but there is nothing problematic enough to have me reach for my lighter.

I really wish I had a better memory of my original experience with the Highclere Castle Victorian Toro, as I would love to see just how the two years affected the flavors. My notes suggest many parts are still the same, yet I know there's been an evolution, particularly when I think about this cigar offering the familiar habano flavors I once found. The first third is simply fantastic with the combination of flavors it offers, and one that is even richer and more harmonious than I remember. It's a high bar set quickly for the rest of the cigar to try and clear. There is definitely a deeper meshing of flavors and some mellowing of the bigger notes, but still plenty left to enjoy for now and the foreseeable future. Regardless of what the score says, there's still the question about whether it's better now than it was right off the shelf, that's something I think can only be resolved by smoking a few more of these, which I'm certainly looking forward to doing.