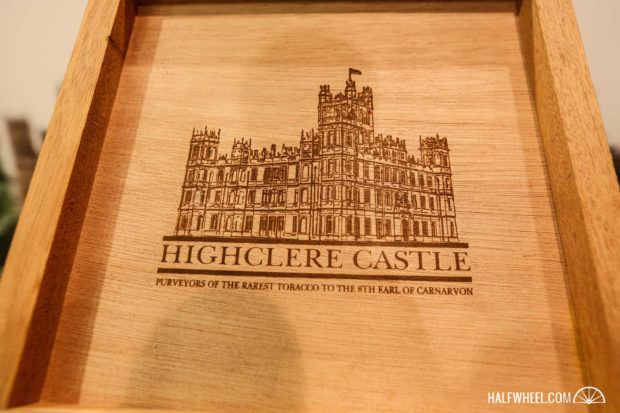 Like the original line, the maduro version uses an Ecuadorian wrapper, Brazilian mata fina binder and Nicaraguan filler, but only the binder is the same. While Melillo declined to discuss the project, he told Cigar Aficionado that the wrapper leaf is a high-priming habano leaf which not only gives the cigar a different look but a stronger flavor.

It’s a blend that is similar on paper to the original Highclere Castle line, which debuted in the summer of 2017 as a partnership between Foundation Cigar Co. and Highclere Castle Cigar Co. that was based on the idea of creating an early 1900s style of cigar. Specifically, the kind of cigar that would have been enjoyed by the ancestors of George Herbert, the 8th Earl of Carnarvon and current owner of Highclere Castle and its surrounding campus, which is the setting of the television show Downton Abbey.

The Highclere Castle Victorian is reported to be offered in the same five sizes as the original line:

Individual cigars are reported to be priced between $12-16. The line is being produced at Tabacalera AJ Fernandez Cigars de Nicaragua S.A., with shipping reported to begin in August.